Ahh, the life of a medieval merchant. When it comes to running your own shop stall in a tavern, you’ll want to earn as many coins as possible. Sometimes, you might even want to change location so that you can get a better deal on your items. Kameloot takes this concept and turns it into an interesting family game that is aimed at ages eight and up, with a player count of three to six players.

Kameloot gives you a coin that has two sides. One side showcases the logo of the Black Cat Tavern, while the other showcases The Hooting Owl Tavern. Starting in a tavern with other people puts you all on essentially the same team — you are all working on completing the same piles of items, in order to sell them and split the profit. With that in mind, if you are in a tavern with fewer people, you don’t need to split the profit as much as if you are in a busy tavern, so there is a lot of strategy as to where you are and what tavern you stay in. 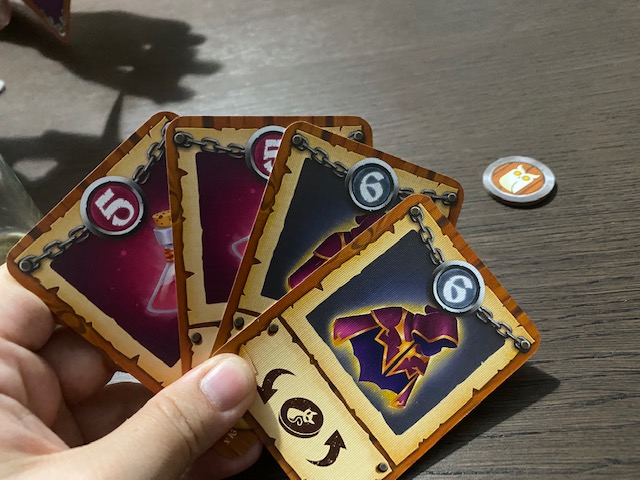 On your turn, you take a look at your hand and see what items you have. Some items have an action at the bottom allowing you to play the card as an action. These actions include flipping your tavern (or someone else’s), drawing extra cards, or swapping item piles with another player. If you use this action then the card is then placed in the discard pile. You can also place down some items in front of you instead of using the action — showcasing them at your stand in front of you. These items have a different number on the top, which shows how many items are needed to complete the set.

Everyone in the same tavern is working towards completing this same set — and the person that completes the set (setting down the final item) gets the first coin, the rest of the coins are then passed out clockwise to the players that are in the same tavern as them. This can mean that if you have a small number of items in a set, if that set is completed by someone far away from you on the table, you can actually end up with zero coins despite contributing to it. 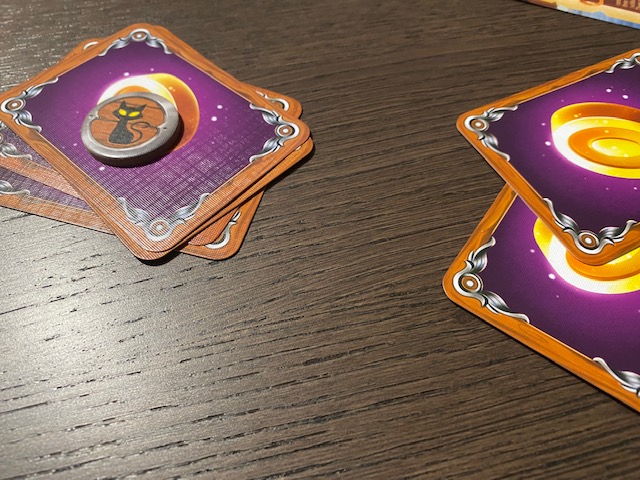 This means that people will often hold onto cards, but with a four card hand limit, this is also a challenge. Often, using different abilities will really change the pace and give you more of a chance of making more money in Kameloot. It’s a very simple game to start playing (and to understand) but it’s really fun to see how the game develops. In our time with Kameloot, there was a moment when a player was trying to save up for a seven item stack, getting five of the items down before switching to their own tavern so they didn’t need to split the gold — just to have someone else change their tavern, place down the final two, and split the money between literally everyone playing the game.

Kameloot is a great ice breaker, while also being great for warm ups or to play with younger children who can easily follow the rules and concepts within the game. It’s just a fun one.

You can find Kameloot on Amazon.