Often considered stale and dominated by a handful of titles, the real-time strategy genre gets some fresh blood (and fuel) with Iron Harvest. Developed by King Art Games and published by Deep Silver, Iron Harvest brings us strategy against the backdrop of a dieselpunk interwar period.

Said interwar period is an alternative one, originally developed by Polish writer Jakub Różalski and popularised by the board game Scythe. Its most prominent additions are hulking mechs, though plenty of other nonsensical but charming tech is included as well. The three factions involved — Polania, Saxony, and Rusviet — are likewise fictionalised, but pretty recognisable as Poland, Germany, and Russia. 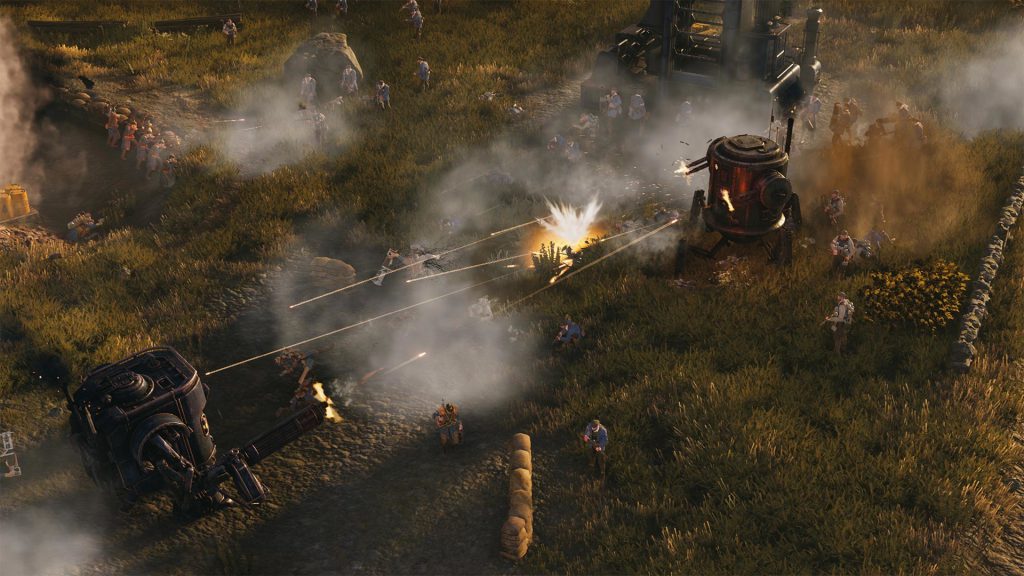 Each faction has its own seven-mission campaign with a focus on heroes and tales of personal sacrifice, which, while not exactly brand new, are above average for a video game. Be it Polanian peasant-turned-soldier Anna or Saxonian officer Gunter von Duisburg, Iron Harvest’s heroes are easy to root for and fun to lead through their stories — even if national stereotypes can get a bit tiring in the long run.

Less original is Iron Harvest’s gameplay, which follows the Company of Heroes school of strategy. There is base building, but the list of structures to produce is pretty short. Instead, players are encouraged to capture strategic points on the map that grant them access to oil and iron. Finding a balance between capturing as many depots as possible without spreading your troops too thin is key.

As closely as Iron Harvest resembles Company of Heroes — up to the point where it could be called a clone — there are some differences. Iron Harvest is overall a bit more accessible and forgiving, and requires less micromanagement. The pace also feels a bit slower, though matches can nevertheless be decided quite quickly with a good opening and a tipping of the scales the opponent can’t recover from. 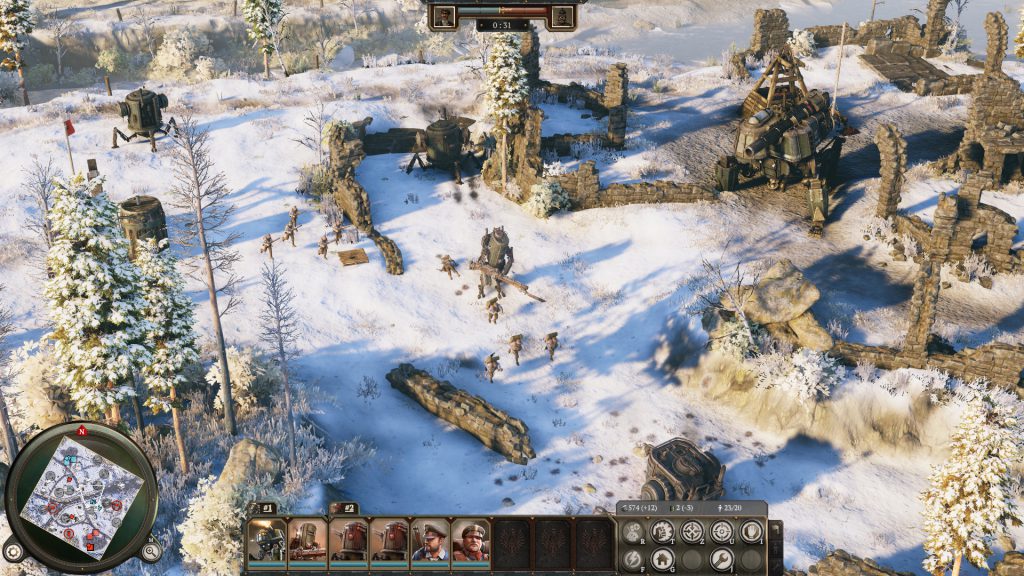 Details lifted from its World War II counterpart include the ability of soldiers to switch between weapons on the fly, adapting to changing situations — and adapting will be necessary, as Iron Harvest’s counter system is somewhat inflexible. This does encourage the player to bring mixed armies to every fight, but also feels limiting at times.

More flexible is Iron Harvest’s mission design. On some maps, players get to build a full base and blow up all opposition, whereas on others, they have to make due with a handful units. Sometimes it’s a bit of both, and otherwise, there is even a bit of stealth involved. Stealth sections should probably be banned from video games that aren’t specifically stealth games because they are so difficult to get right, and unfortunately, Iron Harvest is no exception. That said, the story-driven campaign is fun nevertheless, and the campaigns short enough to never get stale.

The three factions are also different enough to keep things fresh, and each represent a different play style which is best embodied by their basic infantry unit. The Polanians carry rifles, the Saxon have SMGs, and the Rusviets go with shotguns, representing long, medium, and short range. This is reflected in the approach each faction takes — Polania goes speed and flexibility, Saxony for durability, and Rusviet for aggressive rushes. 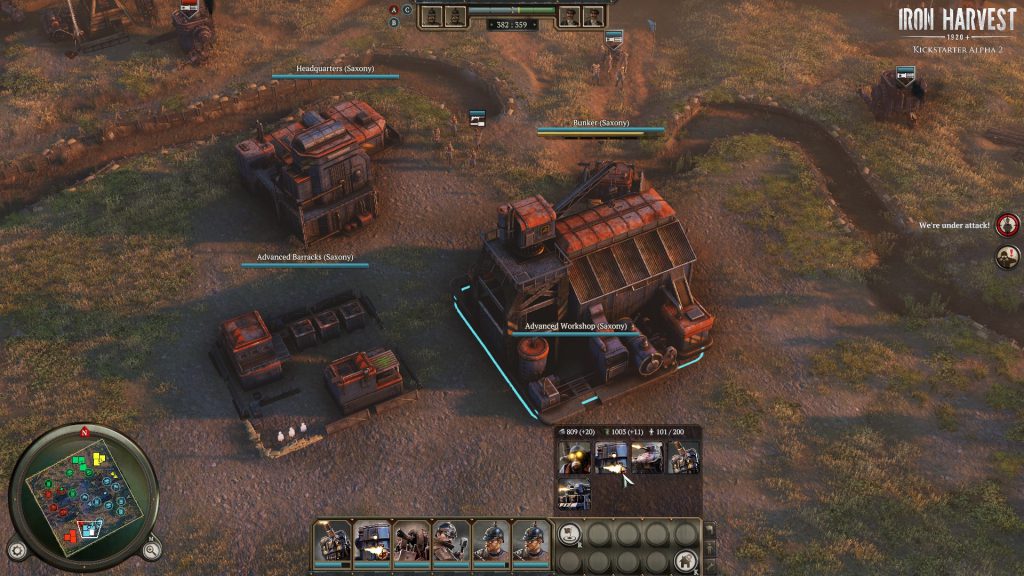 That said, these differences are more apparent in multi- than in singleplayer. In the campaign, the odds are generally stacked against the player anyway, and in skirmish matches, the AI won’t put up much of a challenge even on the higher difficulties.

Visually, Iron Harvest is quite pretty, even if some models and textures look a bit rough up close. Thankfully, zooming in too far isn’t advised to begin with, and what the game lacks in the occasional detail is made up for by the art direction, excellent cutscenes, and destructible environment. Watching the mechs stomp through everything in their path is highly entertaining. Music and sounds are adequate, though nothing special.

Iron Harvest is equal parts refreshing and a bit dusty, but worth it for the singleplayer experience due to its style, characters, and story. Its multiplayer suffers from a brick-hard counter system and snowballing, however.

Iron Harvest is now available for PC via Steam.