We sat down with Ryan Brown, the new head of PR and Communications at Super Rare Games, who has recently moved to the company from Numskull Design.

I got the chance to talk to Ryan Brown about his change in jobs and what exactly Super Rare Games do.

I’m the newly-appointed ‘Head of Saying Stuff’, and yes, that is my real title!

Effectively, that’s a less boring way of saying that I’m the head of marketing, PR, communications, and all that jazz. That means if you’re seeing any tweets on the Super Rare Games account, chatting in our Discord, or receiving our newsletters and press releases, you’re seeing the very same words that I typed. Literal magic!

What does Super Rare Games do?

In short, Super Rare Games publishes rare, print physical copies of indie games for the Nintendo Switch. Our games are always in hand and ready to ship by the time we announce them, so if you see us reveal a game you want on your shelf, you’d better act fast! As our name implies, our releases are rare and regularly sell out pretty quickly.

What sort of deals do they offer to developers? 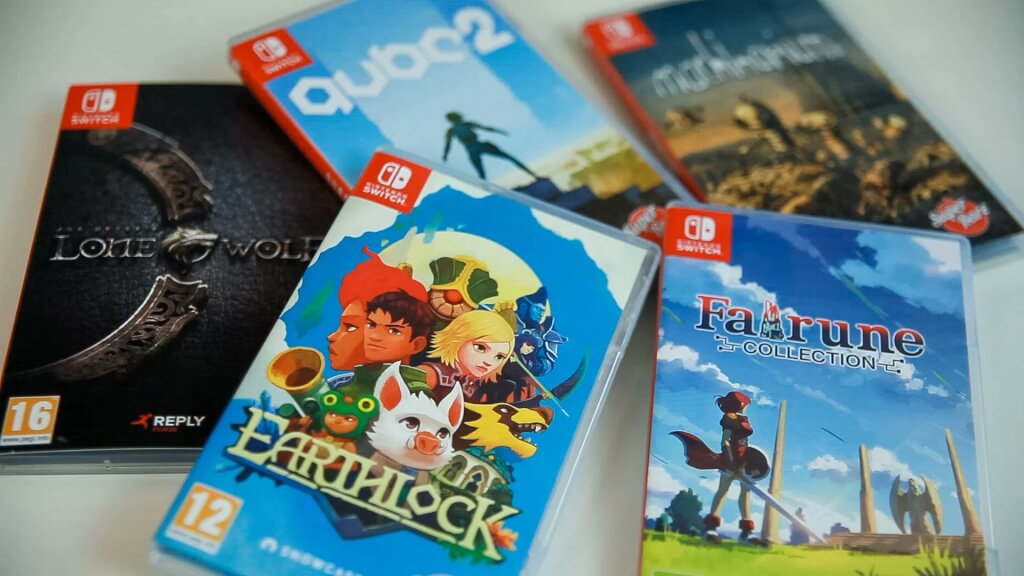 I won’t go into the specifics, but the main appeal is that it’s a quick, easy, assured way to get an extra chunk of income for their game and we handle all of the work. That’s hard for anyone to turn down haha!

And, of course, many developers are as keen as we are to see their game in a physical form. I think every aspiring game creator grew up hoping to see something they made on a cartridge for a Nintendo system.

How successful does a game need to be for a physical release?

We judge everything on a case by case basis, and we definitely like to mix it up with some already beloved indie classics and hidden gems that need a bit of extra love. We have our own personal biases and wishlists, so that definitely comes into play, as does fan demand and suggestions from our club members.

Will Super Rare Games branch out to physical games on platforms other than the Switch? We’re definitely indebted to the Nintendo Switch at the moment – we personally love collecting for the console, and we’ve built up a great community of Switch collectors. But never say never!

What type of marketing goes into a physical release after the game is already released digitally?

For our rare print releases specifically, they’re usually available some time after the digital release. We target fans of the original game, but also more generally hardcore and casual collectors that would love to have a physical version on their shelves.

So while much of our marketing is focused on the physicality, what you get inside our edition, its rarity etc, we also keep in mind that for many people, this game will be totally new to them, and our marketing reflects that too.

Why do so many people purchase physical runs of games when they have already been out digitally?

Speaking personally as one of those people myself, there’s something very different about actually holding an item. That sense of ownership makes it so, so much more personal. I can wake up, see its gorgeous artwork on my shelf, and know that I can pick it up and play it today or 10 years from today. It’s mine, it’s safe, and it’s not going anywhere – unless I lend it to a friend! I don’t have that same sense of security and personal connection with digital games.

I think similarly, for most people, it’s that sense of permanence. It’s the difference between owning a piece of art to hang on your wall and having a digital image.

You are a collector who has purchased quite a few physical games. What is it like working for a company that you previously purchased from and enjoyed?

This is definitely the perfect job for me, haha! Yeah, I’m very new here but it’s great so far. I’ve known George for some time, so he and the rest of the team are wonderful, and it’s of course brilliant to be working on stuff that you were already genuinely passionate about.

I’m a big fan of bright colours and gorgeous packaging, so titles like Lovers in a Dangerous Spacetime, Octahedron, and The Gardens Between are some of my favourites. For the latter especially, we released a Collector’s Edition version that came with a whole host of goodies and collectibles, and it is a beauuuuut.

Being that he is a collector himself, I look forward to seeing the games that Ryan champions. Physical games are always interesting and it is wonderful that Super Rare Games focuses on the indies, giving them a chance to reach the shelves of homes.

GSX 300 is an outstanding external sound card for PC gamers