Instant Yakisoba Speedrun Simulator 2014 is a pretty wacky game that challenges you to cook instant noodles to perfection.

Everyone has to start somewhere when it comes to cooking. And sometimes, you just really want trash food like Ramen. It’s simple, easy to make, cheap, and you can just nom on it while you work. I’ve had more than one ramen noodle at this very desk I am typing at, so I figured making it would be very, very simple. 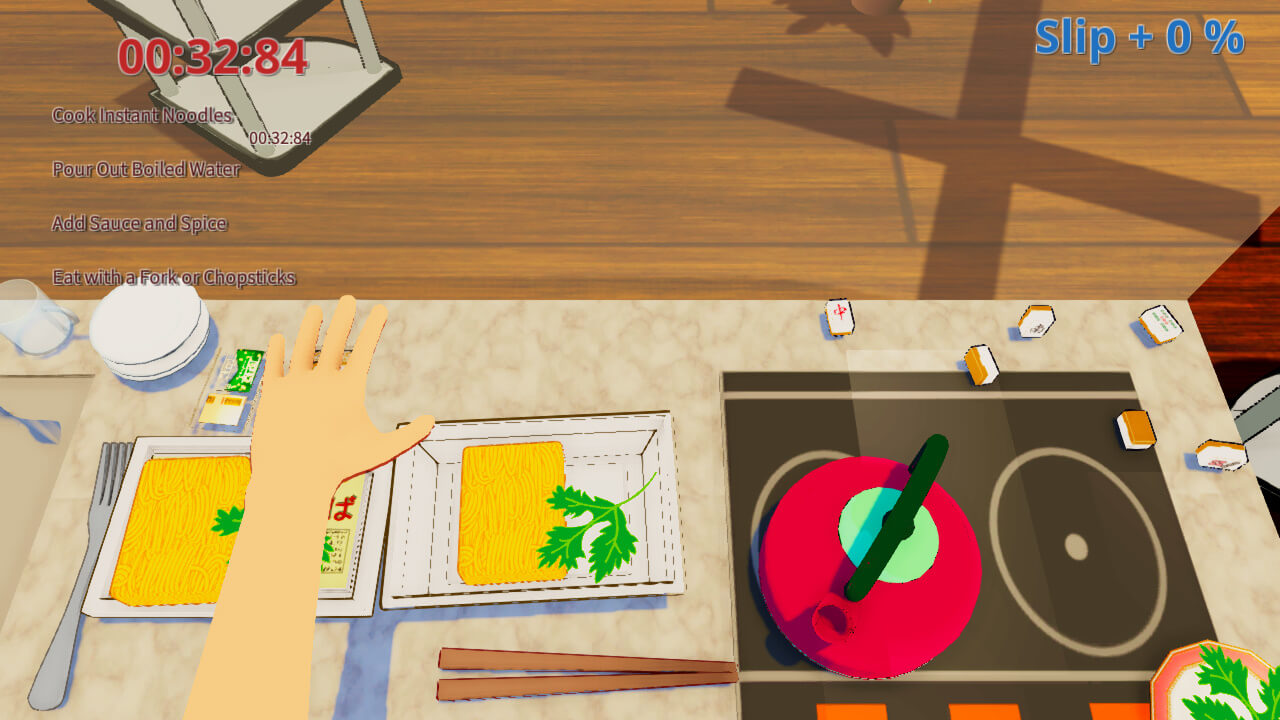 Everything is on the table — some boiling water, noodles, spices and soy, and even a pair of chopsticks to eat the soup with! The instructions are there: Cook Instant Noodles being at the start. Is it even cooking if it is instant? Who knows — you just need to pick up the pot…

Welp. It turns out handling objects isn’t very easy. Quickly, the heavy (and very hot) pot started pouring water all around the countertop, which made be freak out and move my hand, knocking everything to the floor. There clearly is a lot of art behind your first instant ramen. 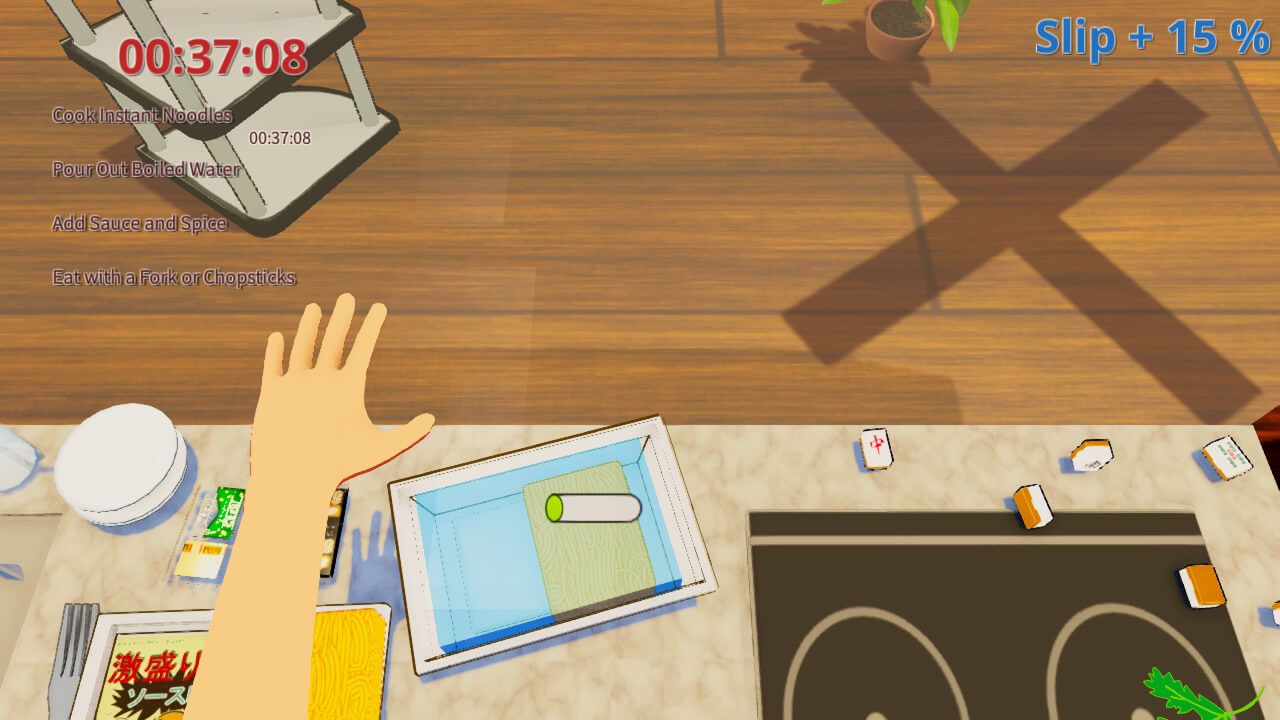 In the second attempt, I actually started cooking the noodles in the boiling water, but it is still a dangerous game. I thought that all of this was meant to go in a pot on the stove?! Or in a cup with a lid? The instructions said to add sauce and spices, which made the noodles look like they came from some alien planet.

I went with the fork as it was easier to carry — but the pasta didn’t make it into my mouth anyway. I am nearly positive that I might just be a floating hand. There is a few extra things on the table; some leaves and some chocolate, which you could add, but I was having trouble figuring out human hands anyway. 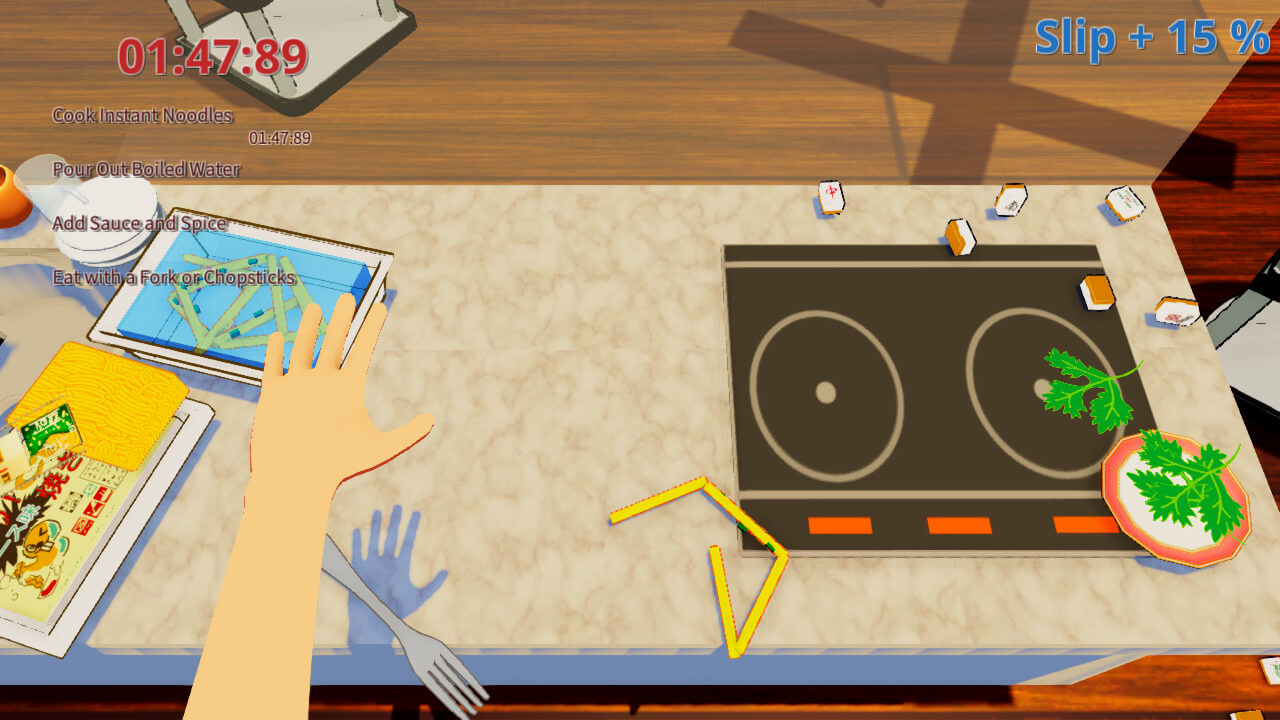 The moral of this story: never take your instant ramen for granted and don’t make it for a single severed hand!

Instant Yakisoba Speedrun Simulator 2014 can be played for free over on developer Nuka‘s Itch.io page.