Hyper Sentinel is a love-letter to arcade titles, combining the shooting and movement of Commodore 64 title Uridium with a boost system and visual and technical finesse, all while amping up the speed.

Many people reading this won’t remember Uridium, the 1986 space shooter in which players were tasked with destroying targets along the back of space stations (Dreadnoughts) all while fending off attacking ships. The game’s killer feature? Well, there were two. Firstly the game emulated a parallax background by flipping background layers and secondly — and the reason the first had to be applied as it was — a set input controlled which way you were flying. Put like that, it doesn’t sound particularly impressive, however the game was essentially an arcade shooter taking place over stages several times the width of the screen, with enemies entering the fray from either side while you controlled acceleration with what would have been traditional orientation controls.

Better yet, this shifting of dimensions had another benefit: the ship shifted plane, meaning it was immune to enemy hits. You could full-speed charge towards a target and then flip out just in time to continue firing at their tail as you straighten up behind them.

Hyper Sentinel takes the strengths of that 80’s title and builds on them. In addition to the simple laser fire of Uridium, there are several new weapons and pick-ups. The weapons range from a ball-on-a-chain which flails around your ship as you twist and turn in space, to a little drone companion who can easily make the difference between success and death. While there are no lives, per se, health pick-ups now feature — something very useful in the game’s wave defence mode. 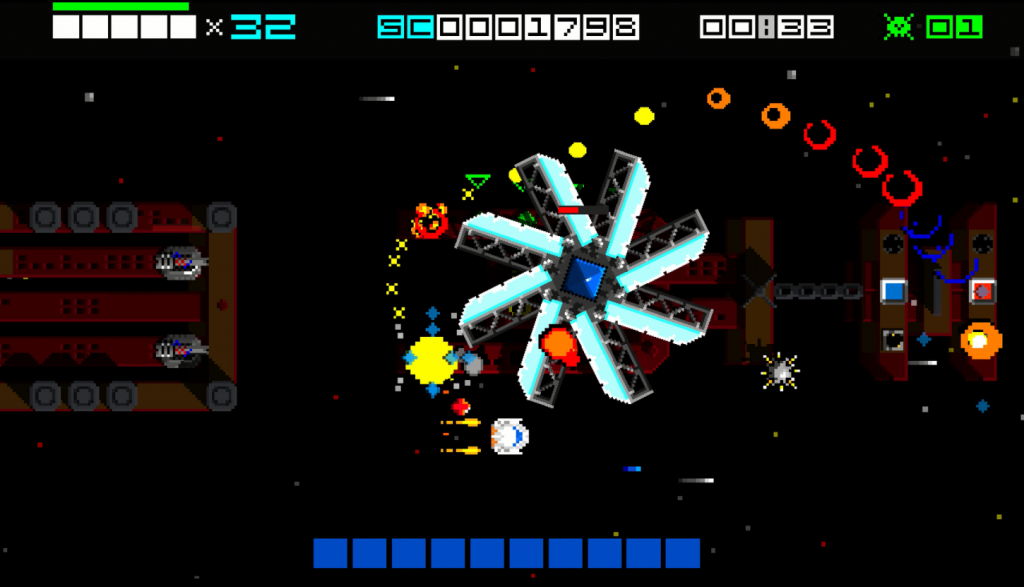 One of the biggest gameplay changes, however, is the bosses. Each stage sees the player straddling the back of a giant ship, zipping along and avoiding enemy fire while they attempt to clear the installations on the back of the ship. While clearing the indicated objectives would have been enough to beat Uridium’s stage, in Hyper Sentinel it meanly unleashes a further target. This not only adds an additional section to each stage, but it also puts more importance on thorough destruction of the ship’s turrets during the first part — players who fail to clear these optional targets will be up against their extra firepower during the showdown.

Hyper Sentinel, which Kickstarter-ed successfully last year, also has a few additional modes over the original. The earlier mentioned wave-defence mode strips out the boss and surface-installation sections of the levels and gifts you a row of collectables, but the enemies come thick and fast. There’s also a boss challenge mode which is pretty self-explanatory but definitely something we need more of in games. 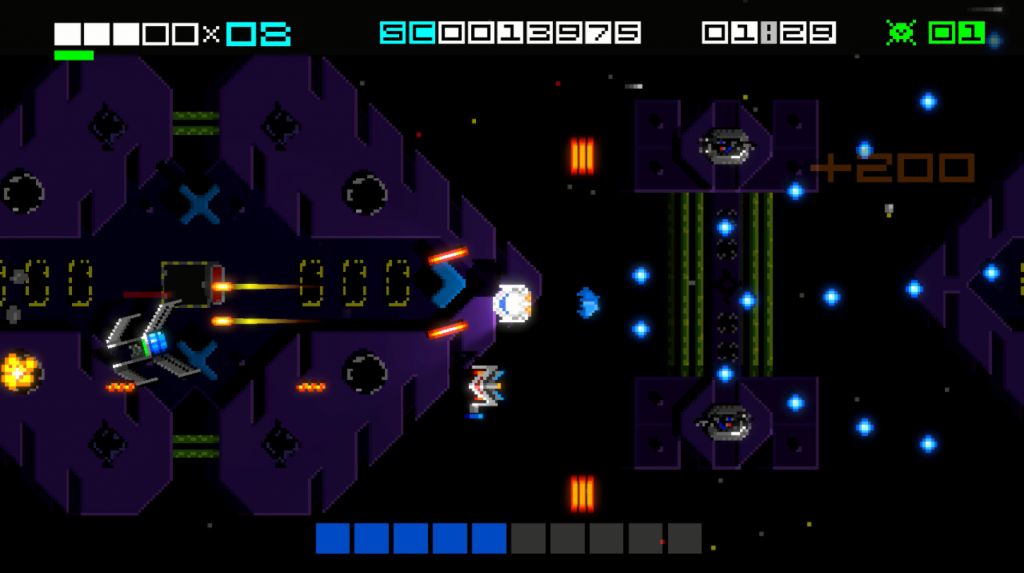 At several points this year, during Gamescom and EGX ’17, I’ve sat down with the game, spending a good few minutes hurtling wildly around the dreadnoughts, slowly getting better with each play. What has been doubly interesting to see is the diversity of crowds which have gathered around it at each event. It is easy to dismiss retro-themed games as things for the older ones of us, but some of the things we seek to emulate when we take on those designs is the accessibility and style. Sure, Hyper Sentinel — like Uridium before it — is hard compared to the average title, but it’s also accessible and a button press puts you right back into the heart of the game.

Hyper Sentinel is expected to launch later this year for Nintendo Switch, PS4, Xbox One, PC, and mobile devices.