Hero Master feels like a cool idea, with bad execution.

Have you ever played a board game, and felt like everything you’ve been doing is wrong? Like there is no possible way you are playing this game correctly? Then, you re-read the rules, your friends read the rules, and you all come to the conclusion that you are playing correctly, but the game itself just doesn’t make much sense. It’s so close to a fun game, but yet so far. Hero Master is one of those types of games.

Hero Master has you playing as dysfunctional characters who are on an epic quest together, to fight off monsters and keep yourself alive. It’s meant to be a funny dungeon crawler card game, with more strategy that you can slowly get to grips with. You start off by combining your character and their class, at random, which have different abilities and corresponding decks. You can then draw a few cards from this combined deck, and then decide if you want to keep them or discard completely and re-draw with one less. I kept my hand, as having one less didn’t seem like a good payoff. 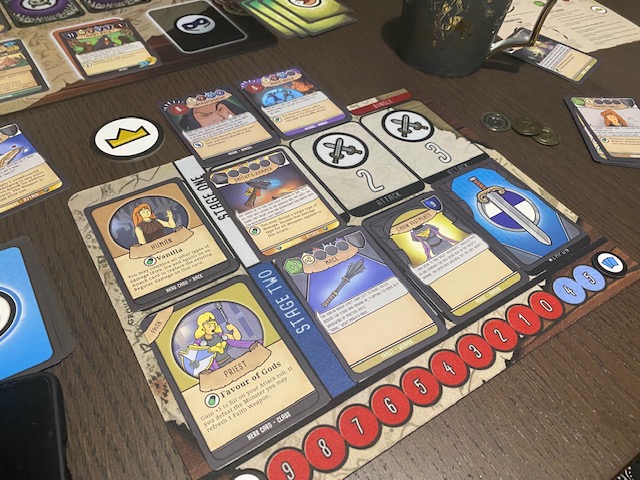 In front of you, you have a mini-board that holds your various character items, class cards, and other things you might get during the game. Your goal is to get the most gold by the end of the game. Each round starts with the party leader, who decides which of the monsters that are revealed in the middle, are going to be attacked. They can then choose not to attack it themselves, but that is the goal that everyone is now fighting. Then each player, one by one, decides if they are going to attack the monster and place down a card. This continues to go around until everyone passes on their turn, then it moves onto a new phase.

At the end of the round, starting with the leader, these cards are dealt with. Often we found that whoever delivered the first blow killed the enemy. This meant they got the gold, and got to continue to be the pack leader, going first again. You do have options to mess with other players, so they won’t end up going first, but it becomes a hard game of just fighting against each other. Cards themselves aren’t replenished until the end of the location, which isn’t after an enemy is defeated, but instead when the loot is gone. This leaves people with not many options, and we had issues where cards were discarded despite not being used, and several players not having any more cards for the rest of the location that were useful. 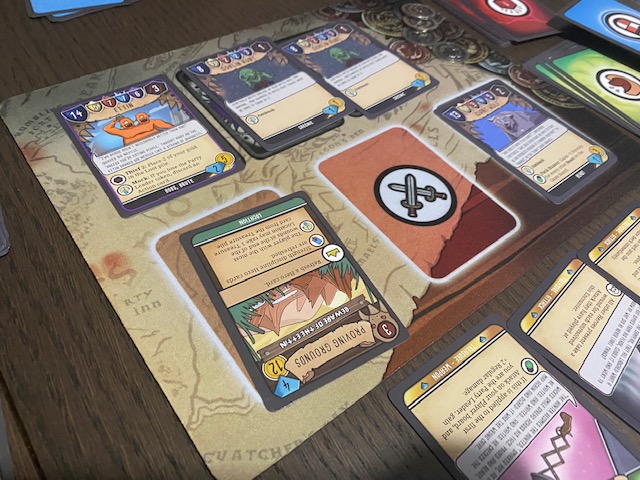 We played Hero Master for a few hours, and during that time, I never had a turn to hit a monster. I spent the entire time either with cards that either did not help me or waiting to attack, just to find someone else before me had destroyed the monster before it got to me. And this was frustrating. It was not fun, I had no way to actually stop any of my fellow players from killing monsters, and nobody wanted each other to get hurt and die anyway. I wasn’t even the only person in our group that had this issue — another player had the same thing happen, where we were both saying “pass” on the entire room. It just creates frustration.

Hero Master almost feels like a bunch of people who played a few sessions of DnD with dysfunctional characters tried to make an accessible experience like it, but ended up making a challenging game that is just about attacking enemies and not much else. We all wished we were working together, not put against each other and against a mutual enemy, in a way where we all were meant to kill each other and kill the monster, with such limited cards. It didn’t help that one person in the group had an ability that made him the team leader just by playing a card, which meant he often was the first to attack, leaving the rest of us to either gang up against him or do nothing. 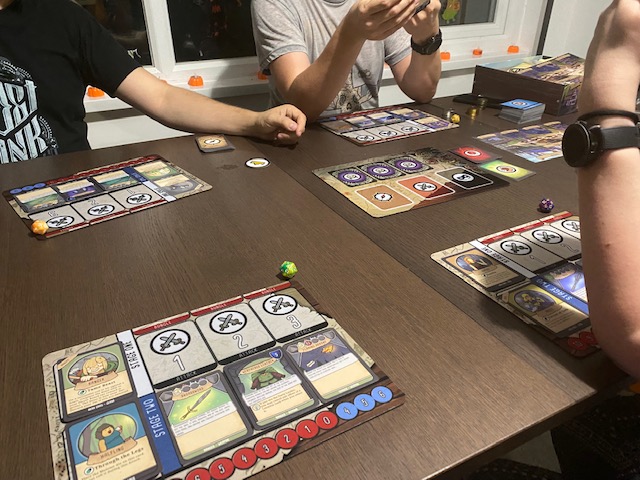 Hero Master could be such a better game, especially if it made itself into a cooperative version against the monster, where we all work together to clear a number of rooms and earn a specific, communal goal of coins along the way.

I must say that the actual components and art of Hero Master is really high quality. We all loved the cards, we loved the little boards that we were putting our characters on, and the kickstarter, metal coins feel so amazing as you pick them up and drop them down. The game itself feels so high quality. It is just very clear that either the rules need to be re-written or this game is just one that our group can’t get their heads around.

You can find Hero Master on Amazon.