Heavenly Bodies offers you the hijinks of controlling one or a pair of astronauts with physics-based manipulation in space to solve challenges and complete puzzles.

Off the bat, I will assert that Heavenly Bodies is not for everyone. It takes a lot of patience and trial-and-error to get to the point where you feel comfortable enough with the controls to jettison yourself around in microgravity with ease. Until that point, you may find yourself with a broken controller or handfuls of hair pulled out from the frustration of it all. However, if you stick through it, you’ll find an indie title that does what it does very well — silly space antics, best experienced with a co-op partner.

Most puzzle games offer you a framework and the ability to solve puzzles within that framework, with a lot of guesswork about how to do so. Heavenly Bodies avoids such complexities by actually giving you a manual that instructs precisely what needs to be done, so you know the task at hand and how to solve it immediately. Actually moving around to complete those tasks is where the puzzling part lies.

Controls are simple enough, but complex when applied to the realities of moving through a microgravity environment. You control either of your astronauts’ arms with their respective right and left joystick, and can grab things with the triggers on your controller. Tucking your legs can also be done with the bumpers on your controller, which allows you to kick your legs out to propel off walls and other objects. Beyond the ability to pick up or interact with objects with another button, that’s the extent of what you have to work with. The biggest hurdle you’ll experience right at the beginning of the game is how to move around when you can’t simply use a stick to direct your character like most games. 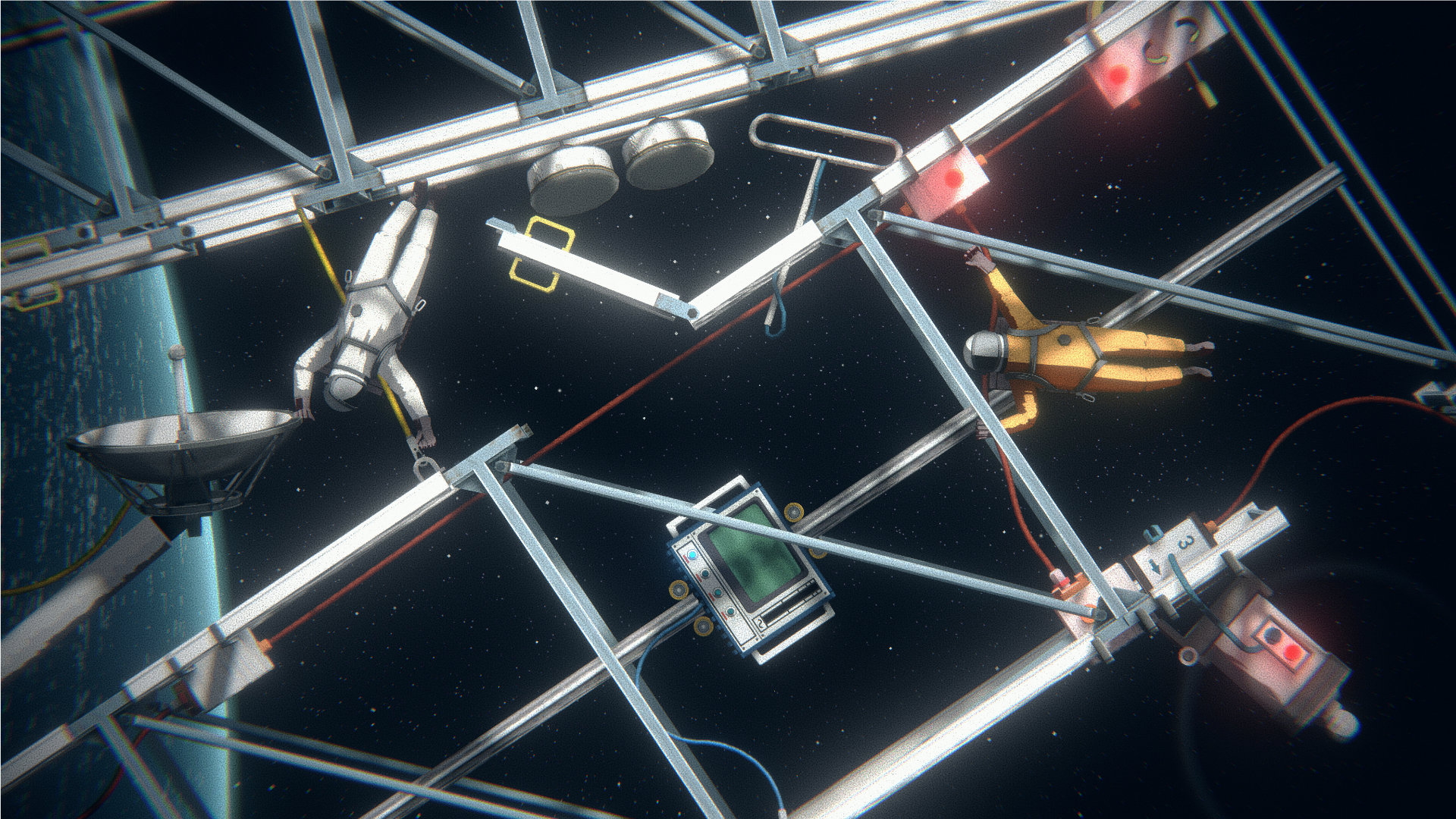 Grabbing walls or levers or basically anything you can get your gloves on is the key to pulling yourself around the space station you’re in. There is an additional control scheme that sets your legs to kicking constantly when your astronaut is directed by both sticks in the same direction, which really helps, but if you’re not tethering yourself to a surface by grabbing it with your other hand, you won’t have the leverage to pull switches or open doors. It’s a simple but clever requirement for this unique situation of floating around, but it works really well and keeps you aware of your surroundings more than anything else. Sometimes, the greatest challenge is holding on to the object you need.

The space station you find yourself maneuvering through has plenty of compartments, filled with tools or random objects such as tennis rackets and gold coins. Weeding through the trash to find the right tool for the job is easy, but then moving around with that wrench or crowbar taking up one of your hands is another challenge entirely. Interactions with your surroundings are made simpler in the fact that most of the time, the tools lock onto whatever panel or control you need to fix or alter. There is certainly wiggle room for experimentation because as long as you move to the next area or get the task done, the game doesn’t care how to manage to do it. This freedom is something that is rarely offered in modern puzzle games but is certainly appreciated, especially in a medium that begs for creative solutions. 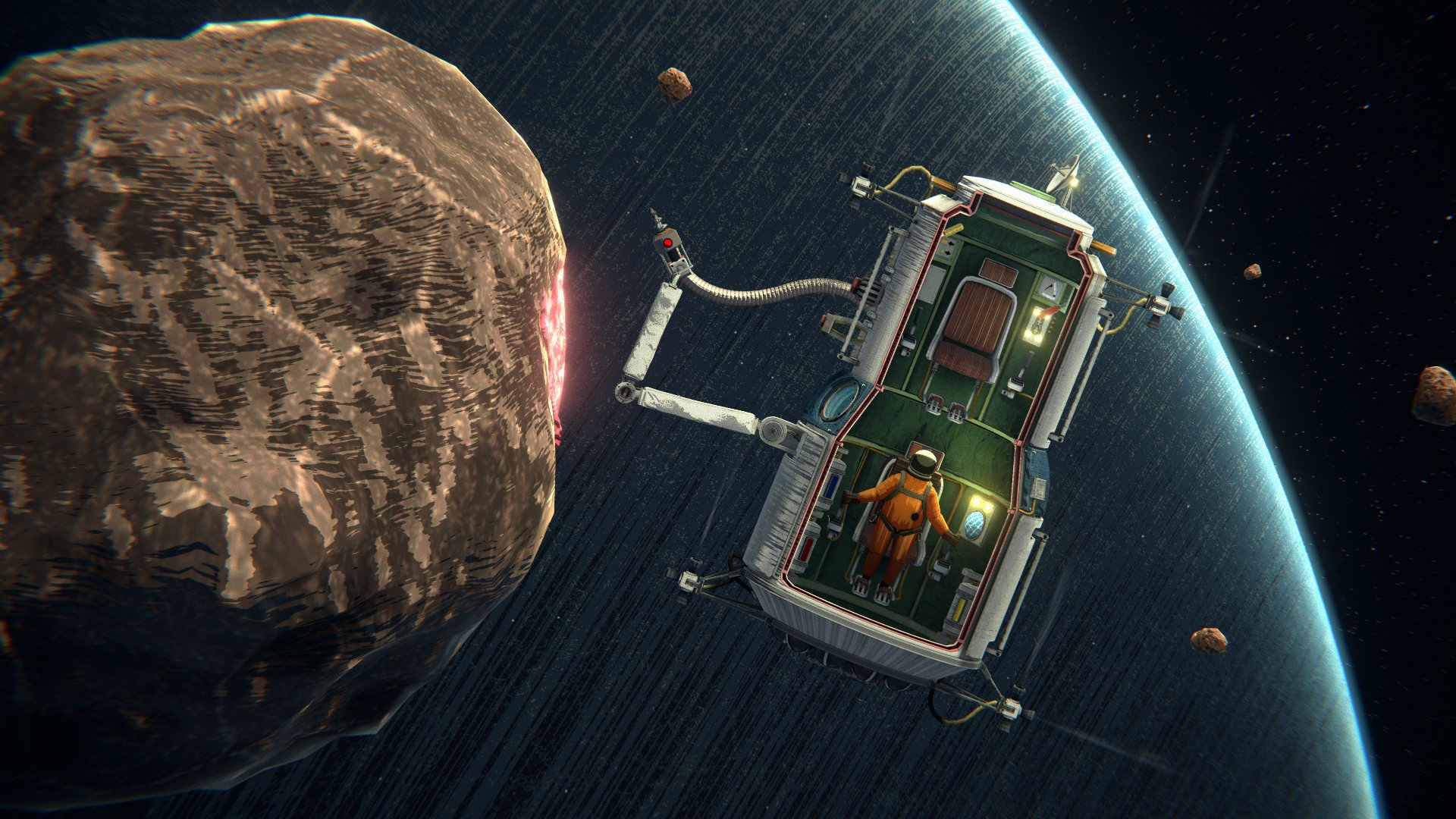 Heavenly Bodies is a short experience, coming in at only a handful of hours, but feels relatively long when compared to some of the masterpieces in the genre, like Portal. The simple and playful visual aesthetics really keep everything rendered cleanly and helps visually convey what needs to be interacted with or held. The sound design also stays simple and clean, with a minimalist audio accent when bumping into things and banging around the station.

If you’re looking for a fresh puzzle game that really offers a unique take on the genre, look no further than Heavenly Bodies. It’s fun and challenging, and even though it has a steep learning curve, you feel accomplished after making it all come together. While it’s not a long experience, it helps to make sure it doesn’t overstay its welcome and keeps levels or tasks from feeling mundane or simply “more of the same.” Best experienced in sharing frustration with a friend, Heavenly Bodies not only makes for memorable moments but reminds us that we truly thrive when working together, especially in space.

Heavenly Bodies was reviewed on the Playstation 5, but it is also available on Steam.