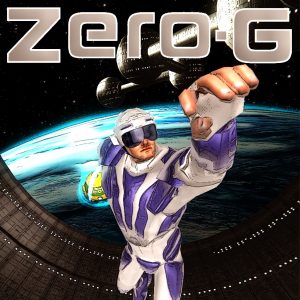 Zero-G is a futuristic sport which takes place in zero gravity(gettit?) in which two teams of three duke it out to score more goals.

Future sports are best sports. Seriously though, the most impressive thing is probably the fact that the game’s campaign features teams who have individual AI set-ups, meaning that certain teams will have certain playstyles. So, you’ll have to mix up your playstyle in order to win the 1-3 player campaign.

The game also has a controller layout whereby all three members of the team can play on a shared controller – so a six player match can be managed on controllers akimbo.

Zero-G is due out at some point this year for PC, Mac & Linux