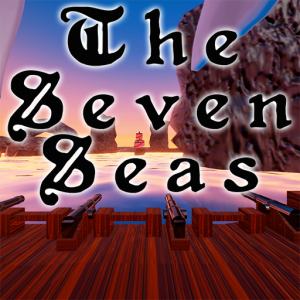 Command your ship through deadly levels and traps, defeating foes and bosses, all while trying to keep your head above water.

While this, when diluted, is a rather simple 3D-platformer, the side-firing cannons of a ship, its slow turning circle, and the faster moving enemies all add up to make it quite unique.

Visually the game has improved a little from when it was last on greenlight, and the trailer has a much better audio-track as well as editing. The Seven Seas is never going to set the world on fire as it is, but the developers have planned a decent amount of levels, a diverse selection of enemies, and they’ve kept it very easily accessible. While I doubt there will be many people calling it their game of the year, I think there’s definitely a lot of people who would enjoy the game if they got to play it, myself included.

The Seven Seas is currently in beta; it is expected to launch fully for Windows & Linux at some point in 2017.