Greenlight Highlight | Stygian: Reign of the Old Ones 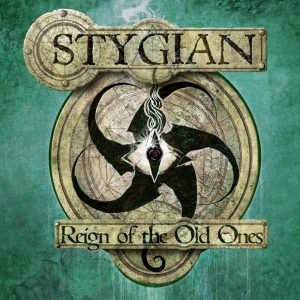 An isometric RPG with Baldur’s Gate level of conversation trees and a very cool turn based hex combat system. All set in a hand drawn representation of the ruins of a city consumed by evil and destroyed by Lovecraftian horrors.

It’s managed to pull off the Lovecraft setting really well, most games pick and choose what elements they want to carry over from it, however Stygian bleeds the atmosphere – from the destroyed ruins of a Victorian hub town, to the devestated wastelands possessed by evil and mysterious dangers.

The RPG, background, and belief systems in it not only give you a sanity meter to look after, but actually gives you a way to actively restore and regulate it. Critically important if you expect to keep your own character created avatar alive and kicking.

“The struggle is not for saving the world, that battle is lost already. Find salvation or settle a vendetta in a doomed world.”

There’s no release date listed for the game, however when it launches it is confirmed for PC, Mac & Linux.