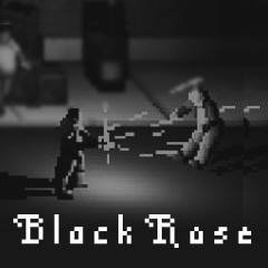 Detective Berry’s on the case, trying to track down a missing woman who reached out to him as her final act of freedom.

The decision to monochrome the whole game works perfectly with the smooth animation, lighting and shadows, and distanced point of view; loneliness and darkness is everywhere, with the mystery of the unknown never far from the character.

The game as it stands is extremely early in development, and probably shouldn’t have hit Greenlight just yet, it’s laced with spelling errors and the alpha footage chosen to show off the game seems a tad clunky and has a few visual quirks that obviously won’t be in the finished game. Still, the idea for the game, and the quality of the visuals as shown so far both bode well for the future of the product, whether it passes through Greenlight soon or not.

I am, it must be said, intrigued by the amount of weapons and shotgun blasts on show throughout the game’s page, if they’re as prominent in the game as they are in the materials then there’s going to be a massive need to save frequently throughout.

Black Rose doesn’t currently have a rough release date, when it does launch though it will do so for Windows PC & Linux