Green Hell is a survival game with its own twists

Whether it’s zombies in DayZ, robots in Generation Zero or oversized aquatic horrors in Stranded Deep, the survival genre is well and truly thriving. With so many themes already covered, searching for inspiration must be difficult — and it’s possible that developers have not been able to see the wood for the trees. Why the bad pun? Well, the latest survival simulator to join Xbox One’s bulging ranks is Green Hell — which is also a popular nickname for the Amazon rainforest.

As you probably know, survival games of this kind tend to come with varying degrees of challenge in terms of what they ask of the player. Some focus on combat elements rather than the bare essentials, whilst others seem to fill your day with nothing but searching for and purifying water. Green Hell is very much the latter, with a few twists of its own to keep things interesting. 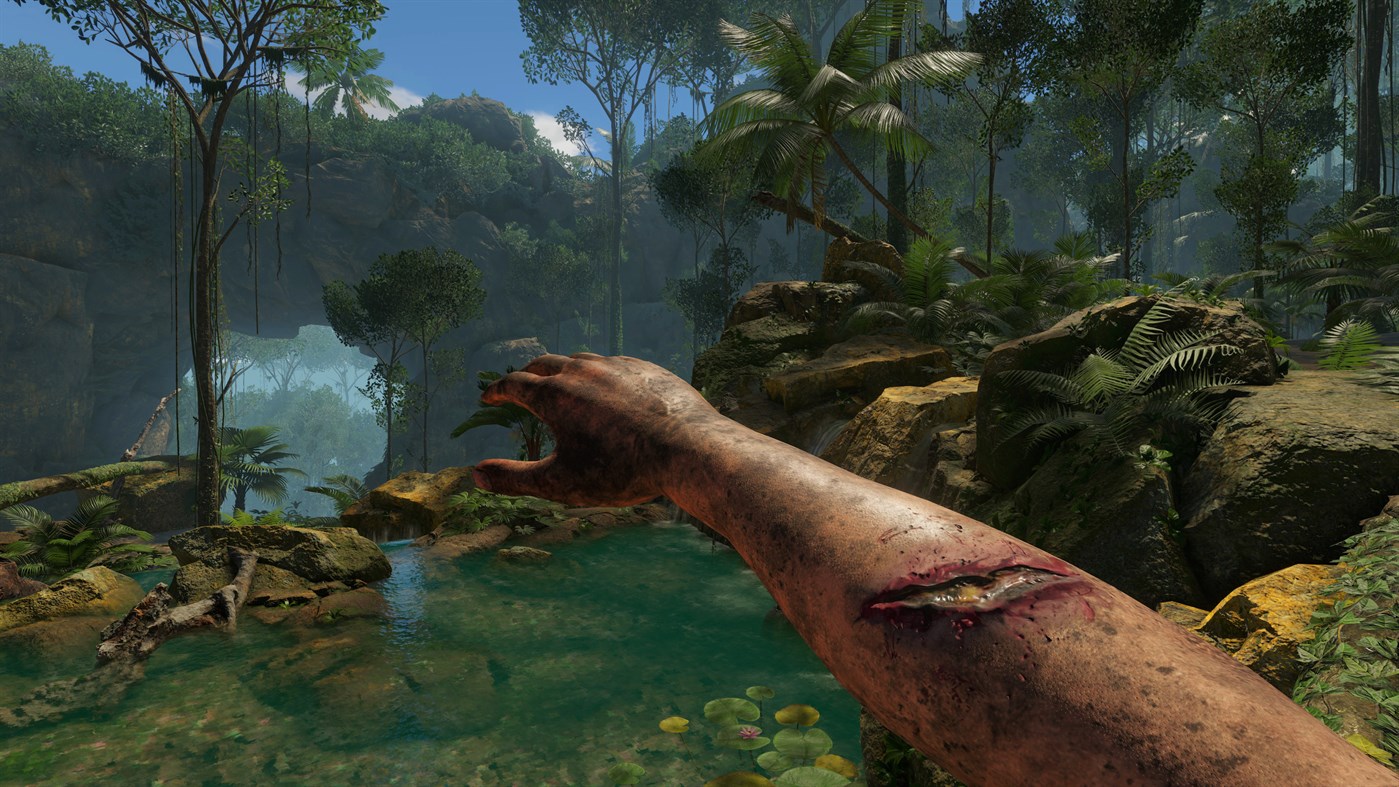 Perhaps the most interesting thing about Green Hell is its relatively heavy focus on storytelling. The player takes on the role of Jake Higgins, a researcher and author who returns to the Amazon with his wife Mia, who from the outset is clearly searching for something. Without spoiling anything, the two are predictably separated during the opening few scenes and following a brief (and most useless) tutorial, Jake finds himself lost, alone and concerned for Mia’s welfare.

What follows is perhaps the most unforgiving survival experience I’ve yet encountered in any similar game, thanks to all of the normal threats you’d expect in a game like this, which are then compounded by another Green Hell party trick (insanity) and an awful control scheme. Given the temperature of the setting and the exertion that Jake goes through, water is almost always your biggest concern, but three different food groups (protein, fat and carbs) are also needed, as is sleep, energy and more. 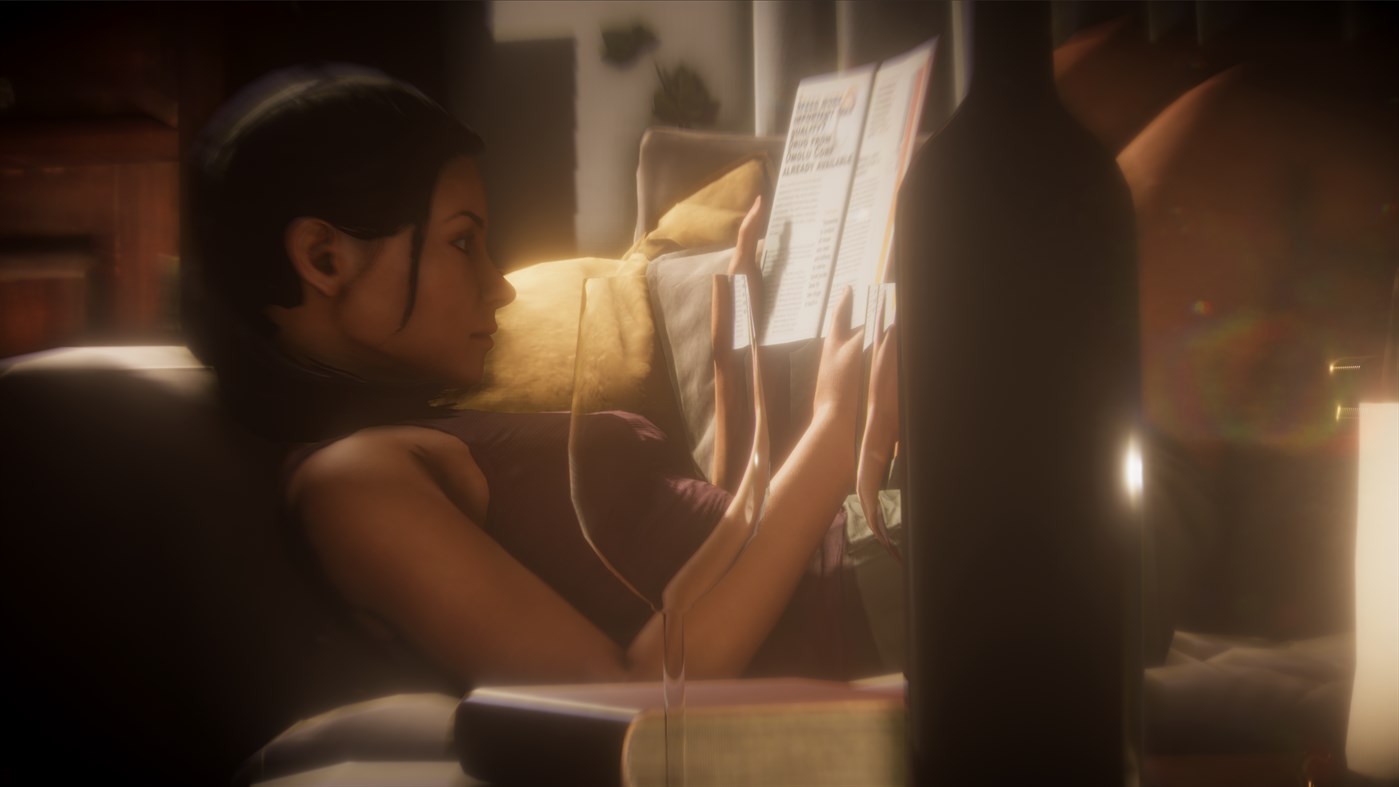 If you’re not playing the story mode (or even if you are, but intend to take it slowly) this can be managed by building a static location to work outwards from. Building a fire, covering it with a leaf canopy and then adding somewhere to sleep is all easy enough, as is collecting clean water from coconut shells or similar. If you want to move outwards to explore the story however, you’ll need to create more and more advanced items.

Having followed my own advice on this a number of times, I can’t help but say that even as Jake lost his mind on screen thanks to the infinite number of leeches that attached to his arms and legs, I lost mine trying to use the crafting screens. I say that because Green Hell defies all established logic when it comes to playing on a console gamepad, and a game’s optimisation for mouse and keyboard has never been more obvious. 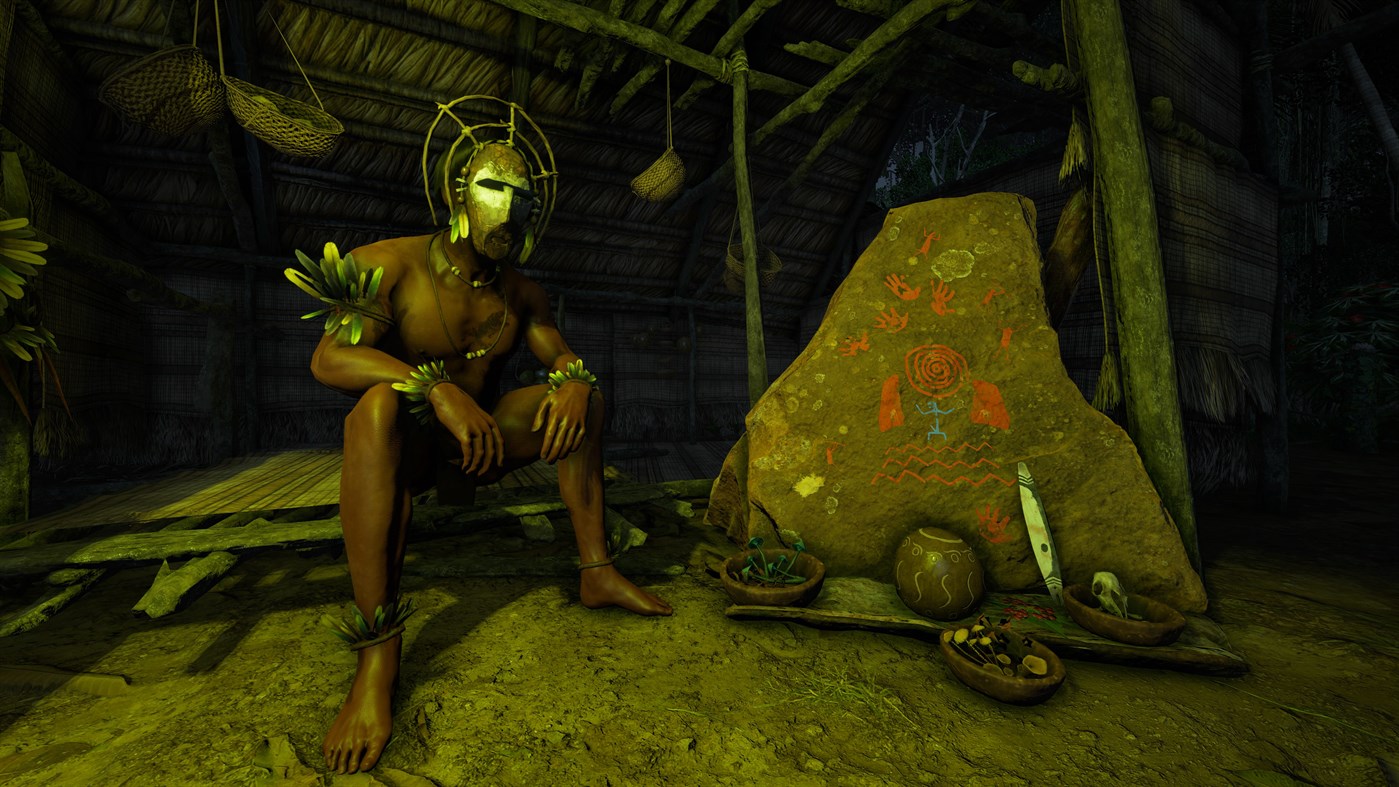 Jake has a backpack with several pouches in it, which he (sort of helpfully) organises into sections like crafting materials, food, medicine and so on. These sections can be tabbed through with triggers, and then once you are at the section you want, the D-Pad allows you to navigate within. There’s some fiddliness dealing with the spatial aspect of making things fit, but this isn’t too bad.

The bit of Green Hell that I really don’t like is that some craftables are picked directly out of your backpack and put onto a crafting table that just morphs into existence when in the right view, whilst other craftables have to be found in a notebook which is accessed somewhere else entirely. For these latter elements, Jake must select them from his notebook and then place them into the world, which is just kind of bothersome. 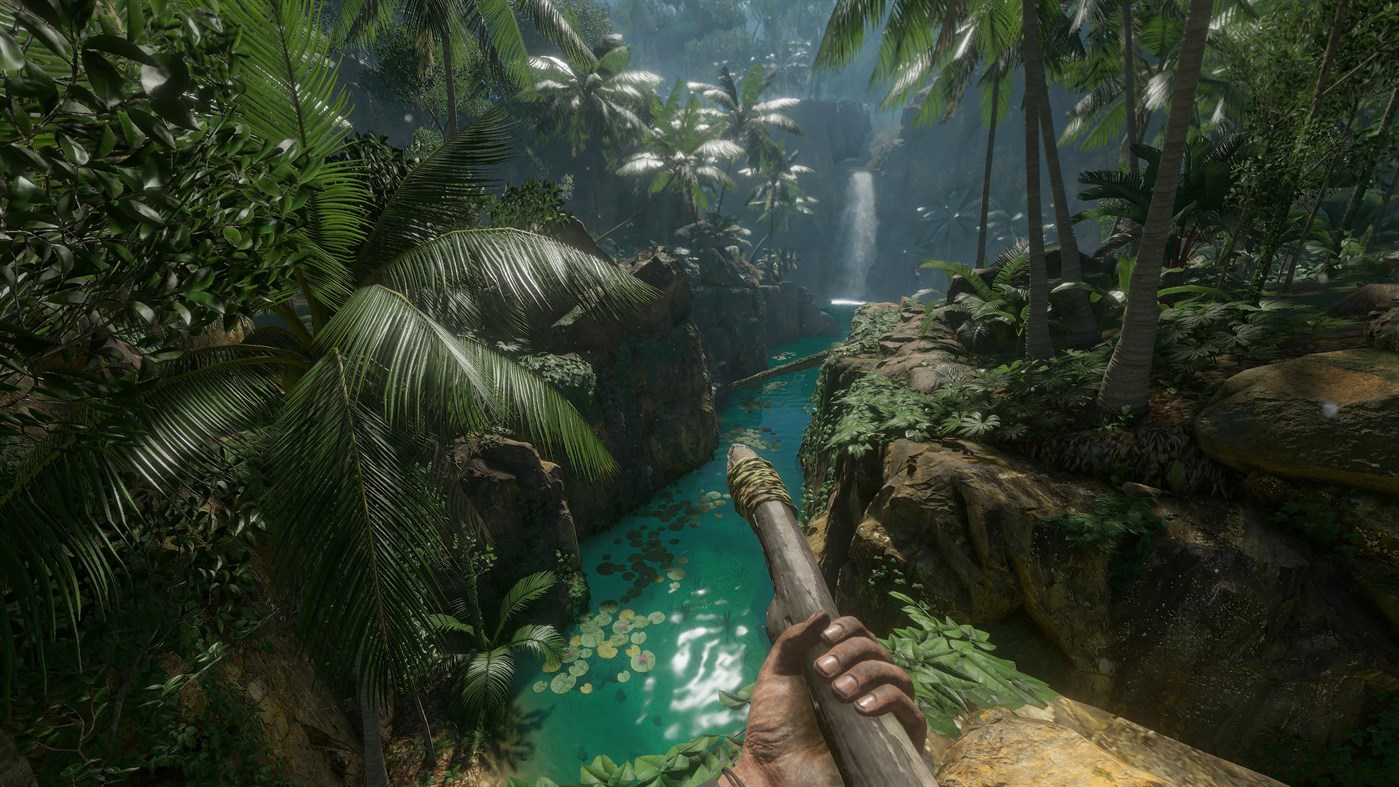 So, the whole process for making a fire, for example, is to go into Jake’s backpack and look at the sticks section, then take a stick and put it on the virtual table, then take another and combine them with a bird’s nest or some leaves to make a hand drill. He’ll put this in another section. Then you’ll need to go to his notebook, scroll through pages, choose the fire, place it into the game world and then add individual sticks to it. Finally, you’ll go back to your backpack, get the hand drill out and light the fire. With a mouse? Too many clicks. With a gamepad? Forget it.

In most of my attempts at Green Hell, I felt that I simply died of frustration, rather than any external factor. I seemed to faff about with menus until Jake simply ran out of protein or water and then blacked out. Similarly, if Jake has a leech on him, or an abrasion, the player will need to use hand-gymnastics to examine his limbs individually, then either pick off the leech(es) or bandage the damaged part in a ridiculously laborious way. 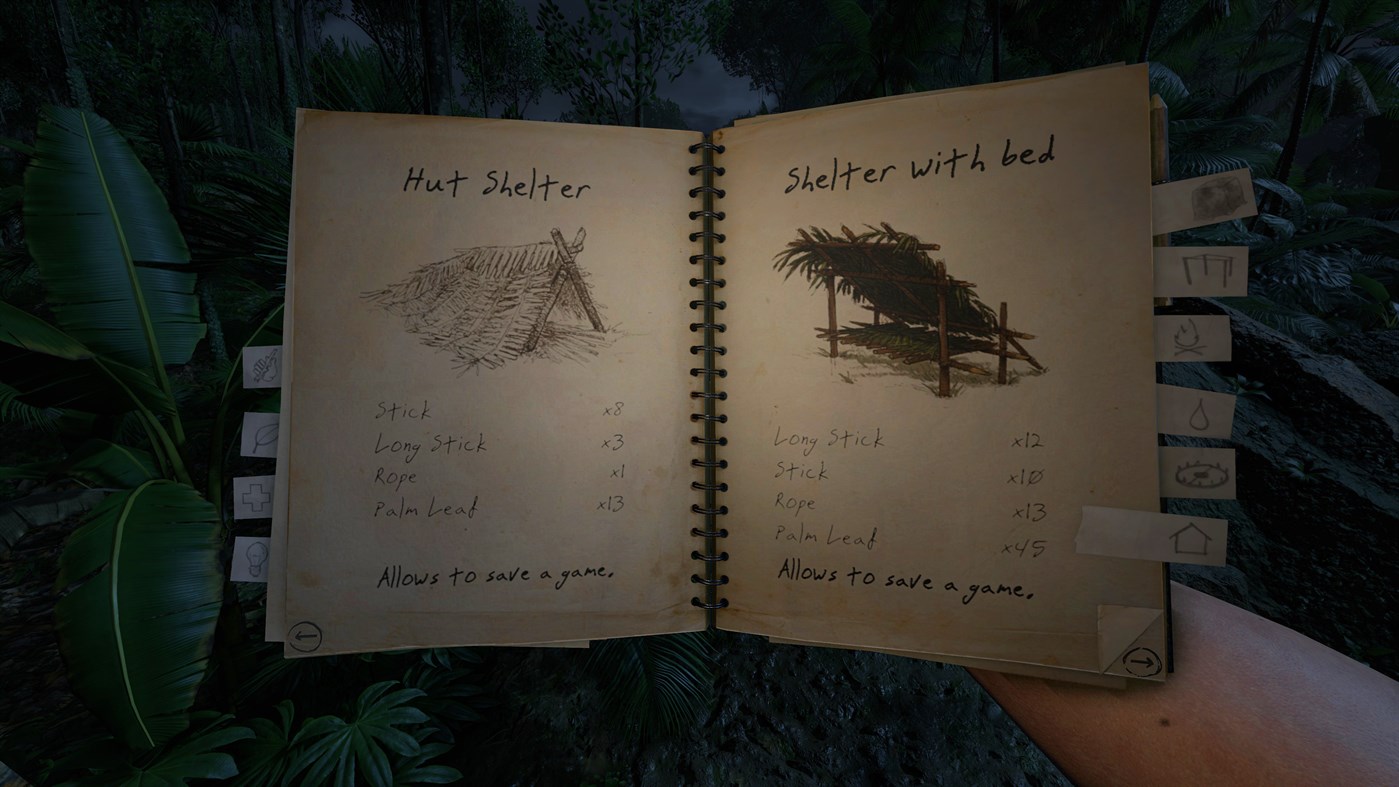 I am all for immersion, and when survival games began to gain popularity, I loved the kind of elaborate, slow details that Green Hell makes great use of, but with a control scheme implemented this poorly, any fun is sapped as day becomes night once again and you still haven’t achieved anything.

The story, which I did actually complete in the end, is pretty strong for this kind of game, and Jake, Mia and the other voice actors are very well done. I’m not sure if I saw all the anecdotal details, but I met a number of the different forces at work in Green Hell’s Amazon and read a lot of the lore, and I really enjoyed it. My only complaint here links back to what I’ve just said – which is that a lot of people who play casually will simply never get to see the good stuff because they’ll die vomiting within the first day or two simply because they got frustrated trying to cook their mushrooms before eating them. 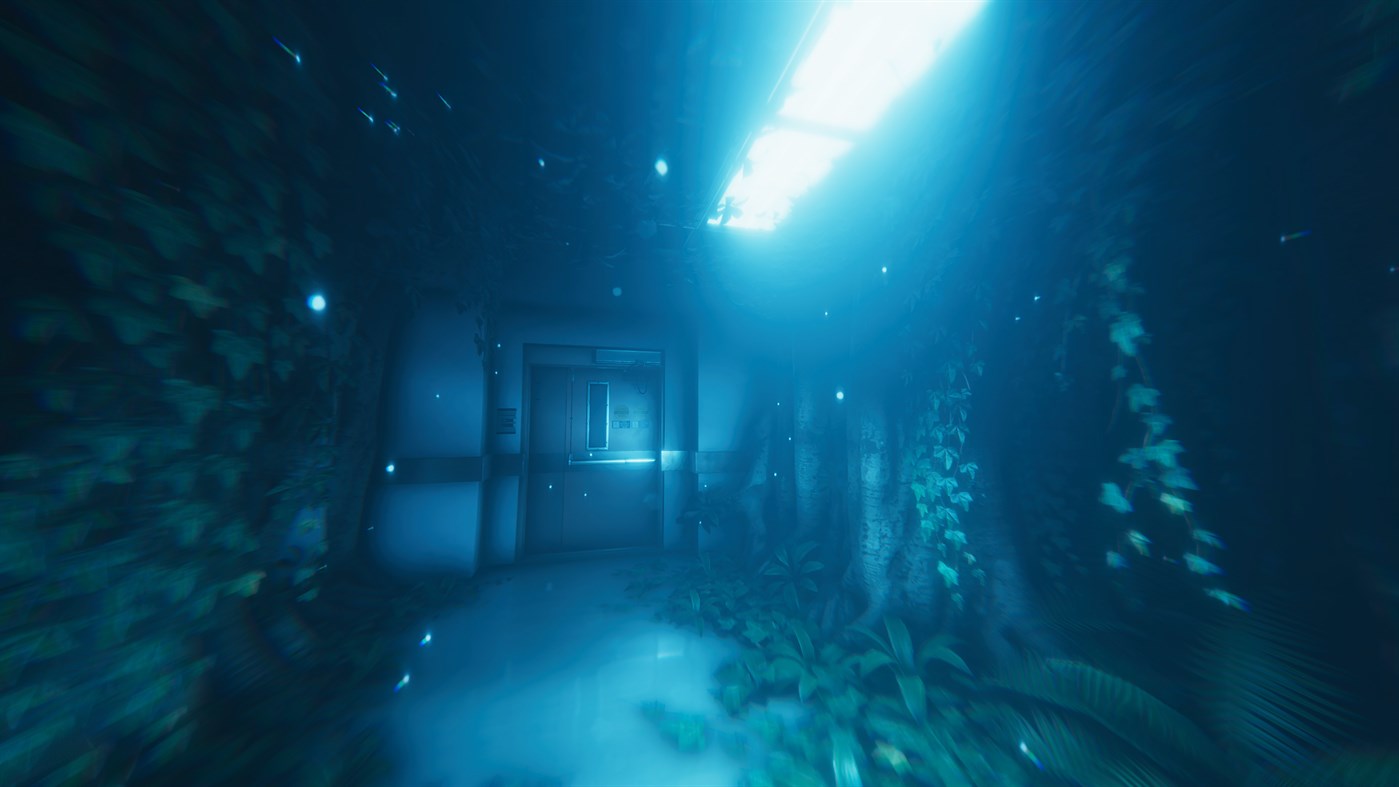 Another slightly mixed bag is the way that Green Hell looks. In short, the dense tree canopy and thick foliage at ground level works well, and the map is huge and filled with interesting and varied locations. Locations range from mines, caves and abandoned camps to cenotes and waterfalls, with everything in between — and almost all look handcrafted and well thought out.

The downside of all of this however is the general performance of Green Hell, which on an Xbox One Series X is… Not good. Even in the opening scenes at the starting camp, the screen shudders and tears as Jake slowly rotates to take in his surroundings. At other points, foliage (and in particular people or animals) will collide unattractively in a manner similar to the famous “face through the door” visuals of the N64’s Goldeneye. 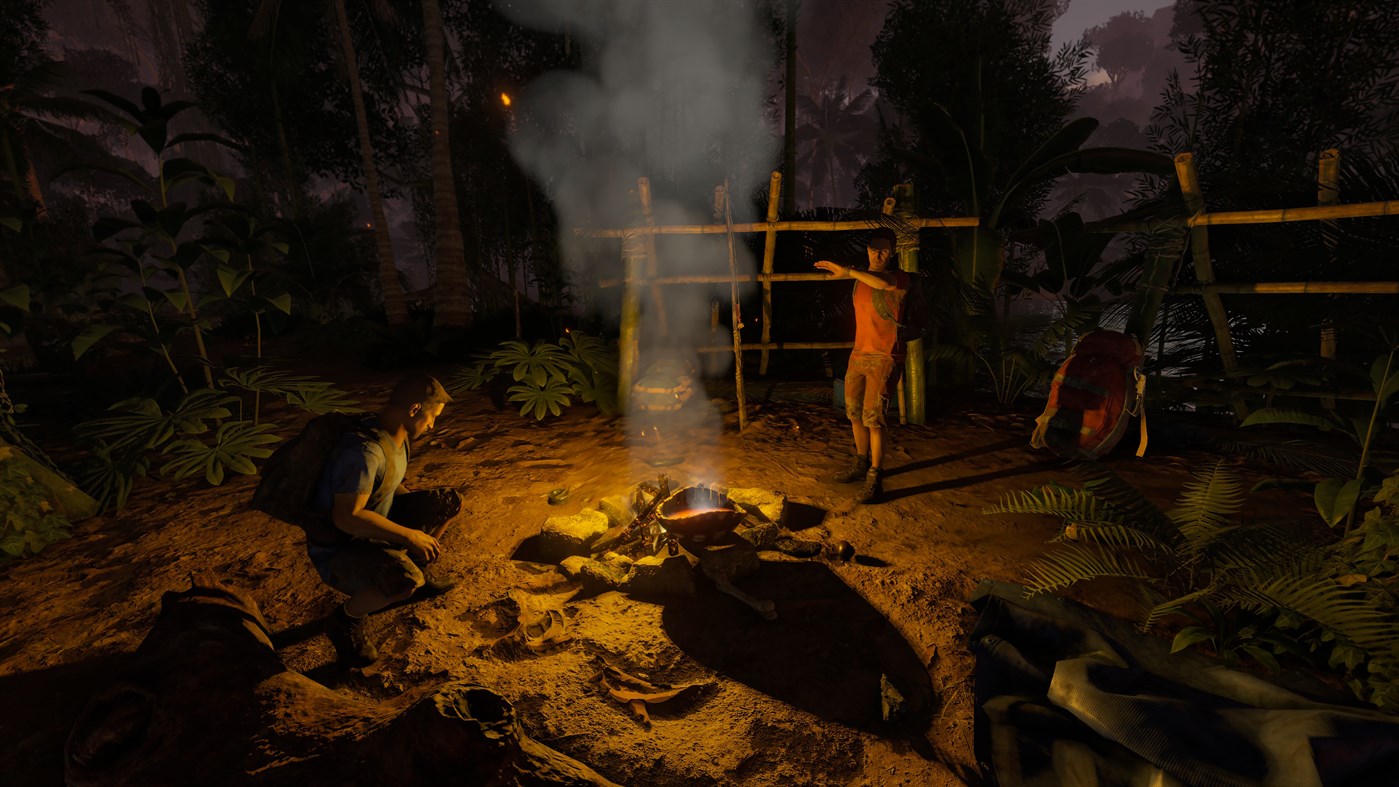 Green Hell is a survival game that I would consider to be hardcore within an already hardcore genre. This is not a game for casual players, especially not if you want to experience the story whilst also playing with the survival elements switched on. There is an “easy” mode that allows you to do so, but the curve between that mode and regular is steep, so God only knows what happens when you go into the two “harder” modes — though I guess these are a nice inclusion for those who really do want to test their mettle.

You can pick up Green Hell on PC, Playstation and Xbox.

Sopa is a magical story about growing up, loss and frog people