Fox n Forests review — Save the forests by swapping seasons

Foxes seem to have become the go-to animal when it comes to platformers, be they 2D or 3D, with a massive surge of games featuring the critters as playable characters over the last two years. As far as I can tell, however, Fox n Forests is the first to take on the heavier-feeling platform games which dominated the Sega Mega Drive library.

Fox n Forests, from Bonus Level Entertainment, is a fantastic example of what happens when the pixelated art style of the 16-bit era is properly emulated with modern games. Often we see people take on the pixel art option for ease of creation, similar to those who choose to recolour enemies to save on assets rather than indicate difficulty. Each enemy type and level within Fox n Forests feels unique The latter is most impressive, however, as each level comes in two seasons, both equally detailed. 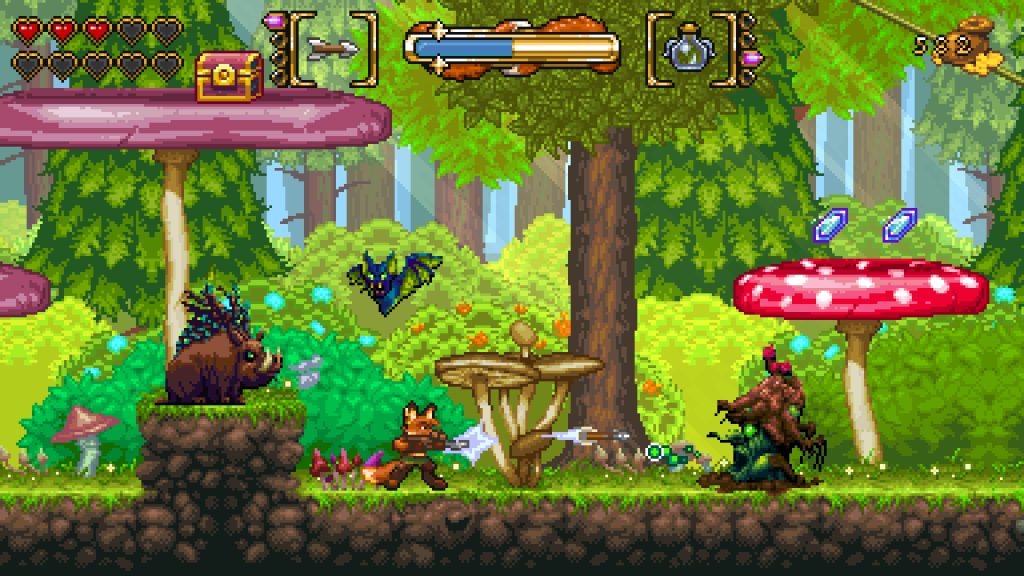 You spend your time playing as Rick, a humanoid fox with a bad attitude only equal to their deft skill with a crossbow-and-dagger combo. This memorable, if unlikeable, protagonist has been tasked with saving the forest by restoring the stolen bark of an old, magic tree which has been vandalised by various giant beasties. As Fox n Forests begins, Rick is granted the power to flick between two seasons (dependant on the land), which serves as a puzzle element throughout the game.

This changing of the seasons serves many purposes. For example: in a haunted graveyard it halts buzzing runes; in a lofty mechanical tower it grinds belts and lifts to a halt; in the heart of a forest fire it extinguishes flames but fills the skies with deadly thunderclouds.

Fox n Forests’ season shifts are essential to passing each level, often gating progress. It’s extremely well implemented and the mana top-ups throughout the first two-thirds of the levels are liberally distributed — as are secret areas and collectibles. Many of the secret areas or alternative routes require you to use specific types of ammunition, which also use the same mana used to shift seasons. 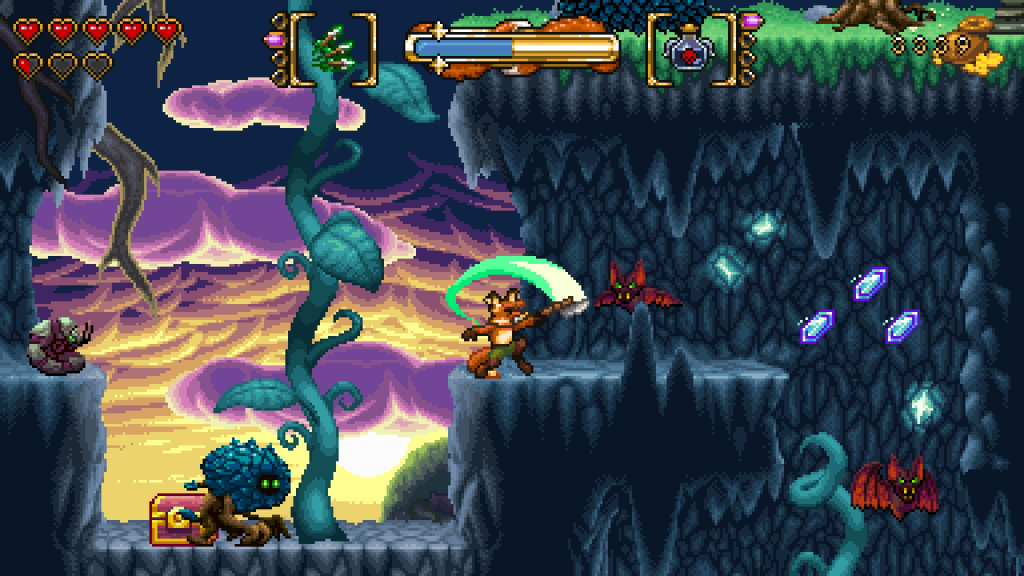 You unlock ammunition types as you complete the first three worlds, with one given for each piece of bark you restore to the tree. This adds a strange pacing to the game, with the first world filled with three types of ‘targets’ — one for each ammunition type — meaning the valiant will return and replay after each world to extract all of the hidden collectables. You need these collectables for several upgrades (alongside cold, hard cash), while you need some — the seeds — to unlock later worlds.

As a result of this, Fox n Forests’ first season feels like the deepest and most fulfilling of the four. Its lofty platformed secrets clearly indicate a reason to return, while also showing that there’s plenty to find even if you don’t currently have the talent. Returning to those worlds with a stronger attack, extra ammo and the ability to ground-stomp through weak stone platforms, was interesting. Compare that to later stages, where you have almost all of the abilities, and there is a stark difference.

That said, the spreading out of abilities — and bottlenecking of ‘zones’ behind collectables rather than bosses — does make for a very steady learning curve. While it takes some time to get used to Rick being unable to shoot in mid-air, once you’ve got it you’re there — and once you’ve learned how to clear through the swarms of ghosts or walls of spinning cogs — it’s something hard to forget. 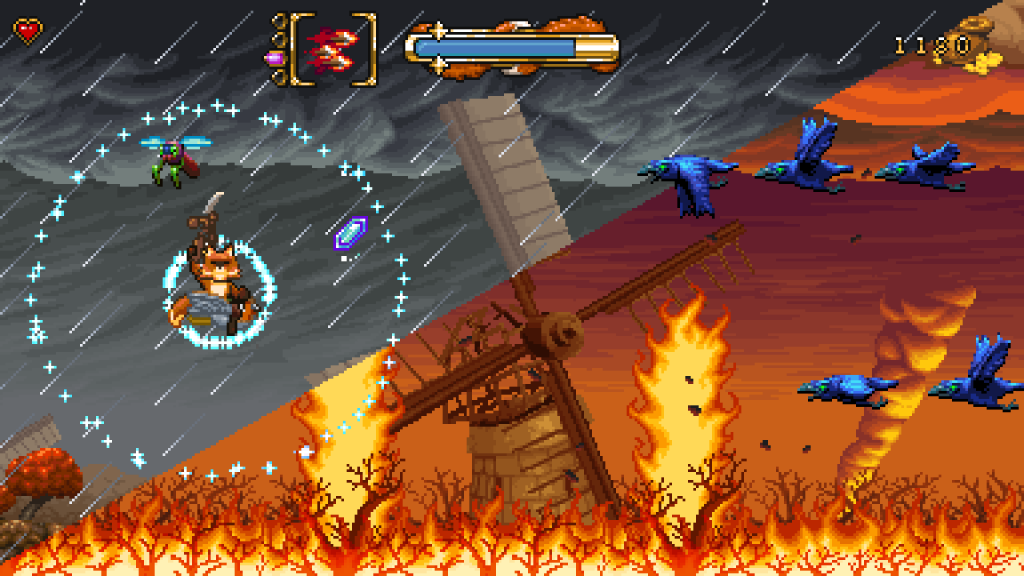 You do have to learn these through frustration, however. Rick’s inability to shoot in midair is coupled with an inability to melee attack while standing — you’ll occasionally find yourself standing in front of an enemy you cannot melee attack because they are on a platform that starts at knee-height. That or your feet are level with their head, but when you crouch you can’t fire your crossbow. It’s frustrating, but not so bad as to be unforgivable.

Something which does approach that, however, is checkpoint costs scaling based on the how many have been used. Rather than increasing the cost of the level’s sixth checkpoint depending on how many the player has used to that point, an increase in the basic price, or even the removal of the next checkpoint, would be more economical and penalise cautious or young players less.

That said, these gameplay decisions take nothing from the visual and auditory beauty Fox n Forests delivers. Each of the (unfortunately short in number) levels is intricately designed, with wonderful, contrasting seasons, and music that suits the era which inspired the game to a tee.

Fox n Forests manages what so few retro-inspired games do: it transcends tribute, instead feeling like a classic which was lost in time.

It is available now for PC, Mac, Linux, Xbox One, PS4 & Nintendo Switch. It was reviewed on the lattermost.