Sometimes less is more, and the real-time strategy genre is no exception. Games of the Company of Heroes school scale down battles and focus on managing squads instead of vast armies. New in this family is Ancestors Legacy. Developed by Destructive Creations and published by 1C Company, Ancestors Legacy takes us to the Dark Ages.

True to its subgenre, Ancestors Legacy does not feature extensive base building. Bases are small, support a limited number of buildings and are mostly confined to one corner of the map. Their purpose is to serve as a staging ground for your units, whose careful management is the game’s focus.

You are limited to ten squads, whose job is to capture various points on the map. Wisely, the developers decided to give these an actual purpose, such as providing you with resources, instead of making them pure markers for victory. This also provides an additional strategic element, as the game’s four factions require different resources for their technology. 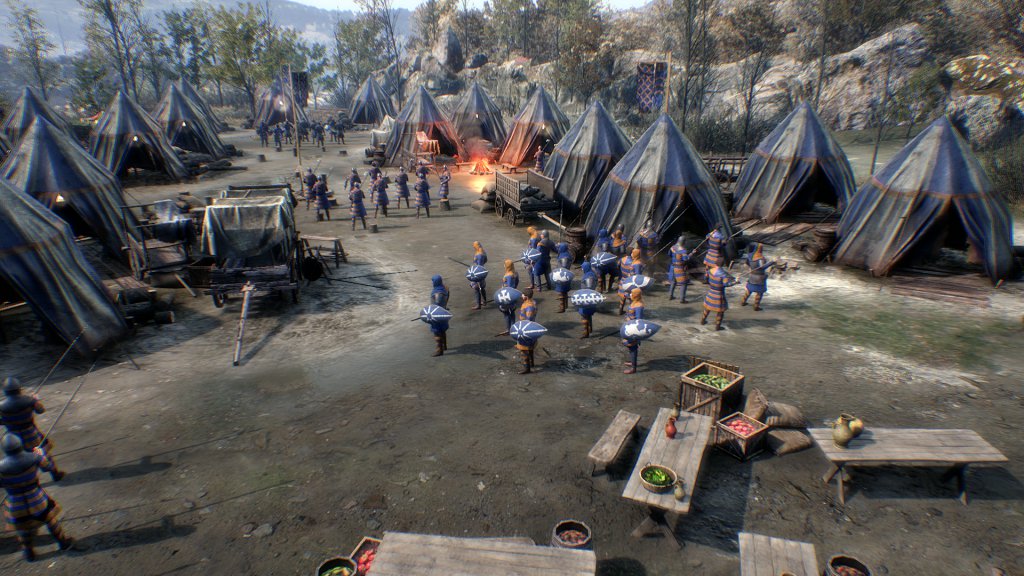 While exploring the map, your men should not always dash straight to the opposition. Terrain effects and angles of attack must be taken into account as well as whether it is day or night, along with various other modifiers. Staying in your base is highly discouraged — without their human overlord, units are not very responsive. Watchtowers do not solve this issue, as they are outranged by archers.

Once the battle starts, blood will flow. Lots of blood. Absurd amounts, even. Blood aside, Ancestors Legacy is pleasant to look at. Seasons and terrain types vary and the cutscenes are illustrated by art in the style of a comic book. Nevertheless, the graphics feel muted at times and suffer from being a bit too grey and a tad too brown — the bane of video game visual realism. 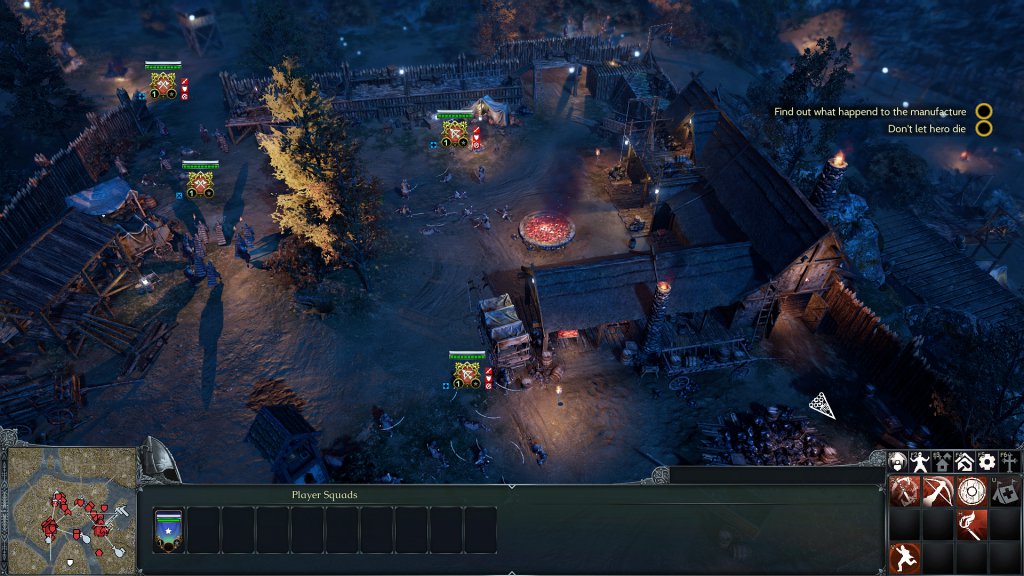 Likewise, Ancestors Legacy’s claim to historical accuracy should be taken with a grain of salt. The Vikings, who start you off with the tutorial campaign, are portrayed as roguish but honourable warriors on the one hand, but burn down buildings with villagers inside on the other hand. In addition to the marauding Scandinavians, you can play as the Germans, the Slavs and the Anglo-Saxons… or the Britons — the game is not entirely sure about that.

Once you complete the Viking tutorial campaign, the other campaigns become available. The Vikings get a full campaign, the Anglo-Saxons two and the Germans and Slavs one. The themes and historical dates vary quite a bit. Ancestors Legacy covers both well-established conflicts as well as more regionally known wars, like the struggle between various Polish tribes.

The campaigns offer the same gameplay as multiplayer and skirmish matches, but feel quite different. The AI often fields comparably large armies and has no trouble replacing losses. This stands in contrast to multiplayer matches, which sometimes do not even reach the limit of ten squads.

It seems that the AI needs this edge to compete. While not bad, the AI is not particularly brilliant either. This becomes most evident when you play alongside an AI buddy with more limited resources than the enemy AI. Your artificial friend will often remain passive and not adequately contribute to the war effort.

If you care for neither the campaigns nor skirmish matches, Ancestors Legacy offers a multiplayer mode with ranks; statistics for the four factions and your performance with them; and everything else one would expect. Different servers for players of different skill levels are intended to offer something for everyone.

Of the different multiplayer modes, Domination is the one that resonates best with the Ancestors Legacy’s design. In Domination, the number of villages a player controls determines the points they have. The pace is fast and both players have to focus on the entire map. Due to the way the resource system works, the battle is not merely one for abstract victory points. 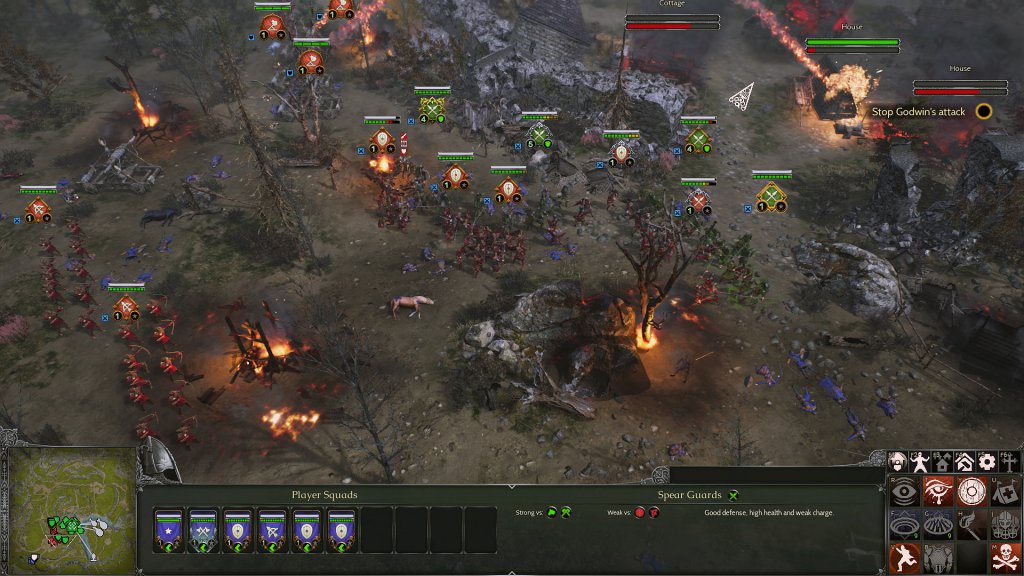 Less exciting is Annihilation, in which the destruction of the enemy base is the victory condition. Bases are difficult to eliminate. Even with tactical superiority and the support of siege engines, it still takes a while to torch every structure. More often than not, control of map and economy are necessary to properly execute this, at which point you may as well just play Domination.

Despite everything it has to offer and the in-parts unexplored setting, Ancestors Legacy is not without its flaws. There are only five units per faction, with some overlap between them. This makes it relatively easy to memorise their function and attributes — using the established rock-paper-scissors system — but makes your army less colourful.

Equally limited are the available maps. There are few and the way the game is designed does not accommodate much asymmetry. This is understandable, but also leads to maps that are more functional than creative. 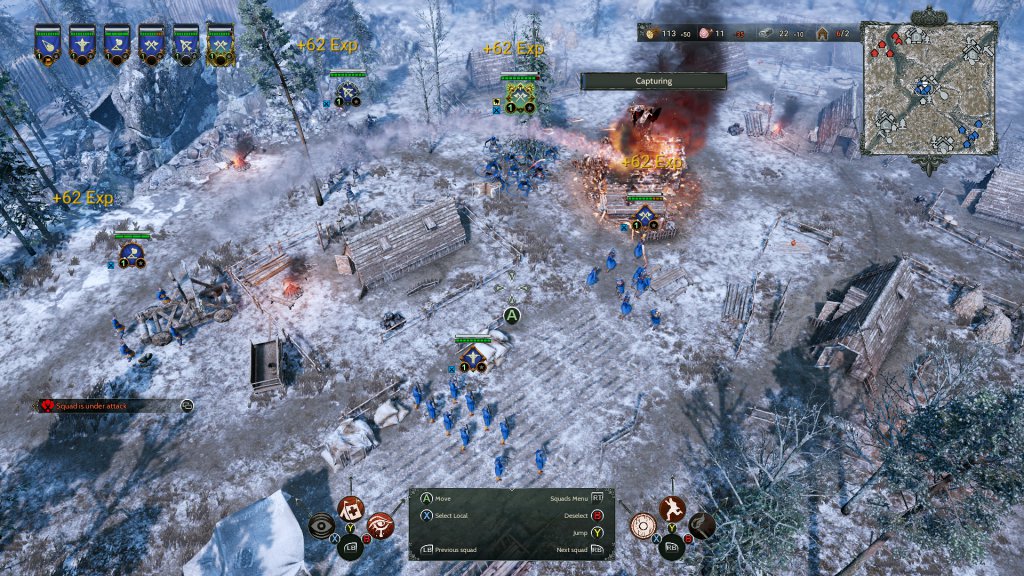 Ancestors Legacy often feels a bit chaotic. This adds to the charm, but can be frustrating at times. Setting up a battle is exciting due to all the factors involved. However, once the carnage starts, you have little control over your men. The only order they follow right away is the retreat command. It does have its purpose, but makes you lose control of a squad entirely.

Base construction in Ancestors Legacy is not terribly exciting. All bases are pre-placed. You do have control over the structures you set up, but not the spot where they will be placed. The buildings themselves are just a series of production facilities, as well as brittle and mostly useless towers. Those who like to concentrate entirely on squad tactics will welcome this, those who would like a little more base building will not.

Overall, Ancestors Legacy is a game that takes an established formula and gives it a somewhat fresh coat of paint. The setting and presentation sets it apart from others of its kind and it offers plenty of content both in the single-player and multiplayer departments.