Renaissance-era paintings, some religious undertones, and a few handfuls of humor, Four Last Things is one hell of a game all about commiting sins to be forgiven!

You have committed ALL of the sins. Each and every single one of them. Now, like the good religious person you are, you have decided to beg for forgiveness at the church. The only issue is that these sins were committed too far away from the church. 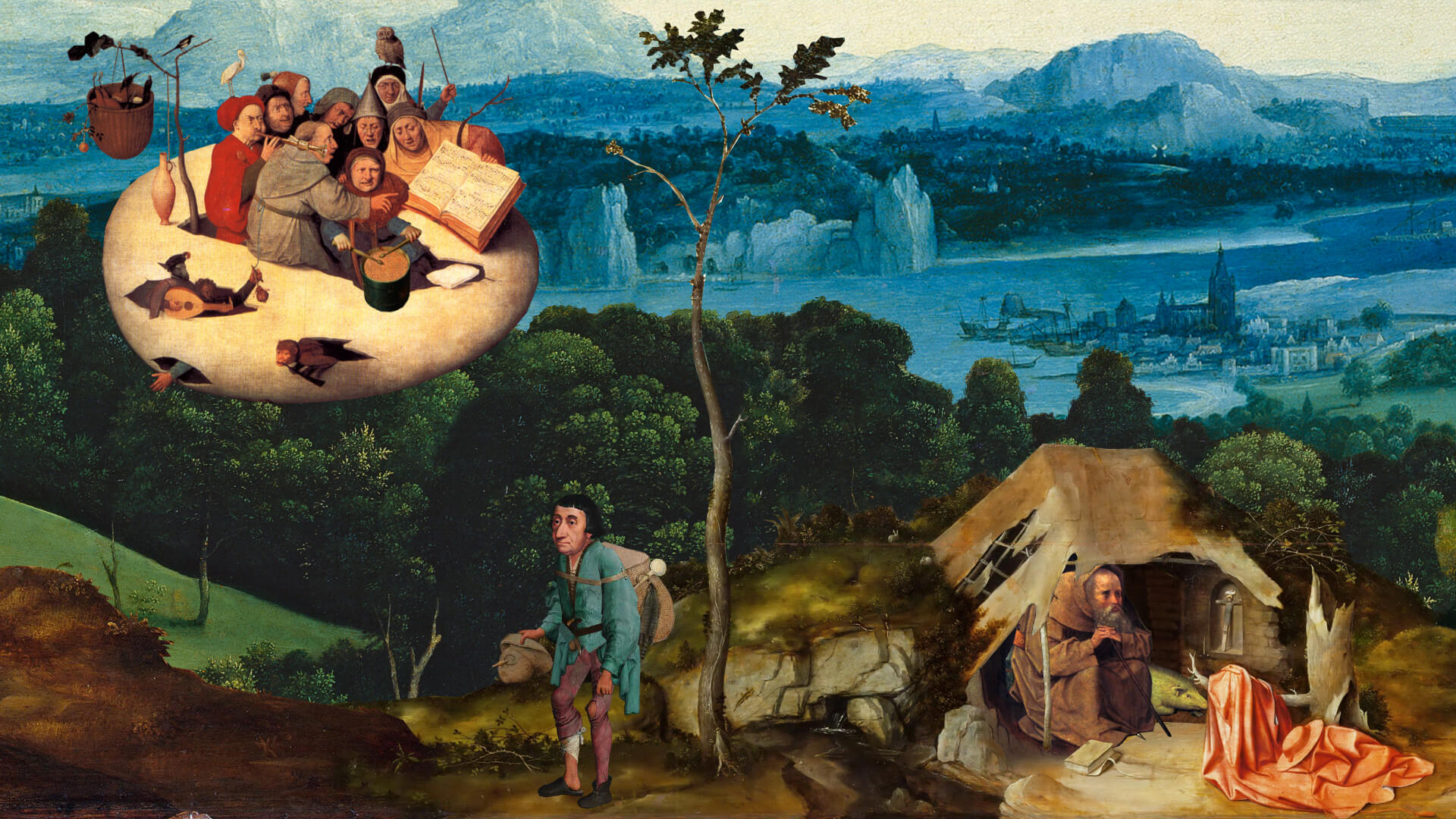 Churches have a ‘catchment’ area, as it turns out. They can only forgive the sins you have committed within their range. You cannot travel back to where the sins were committed, but alas, there is a loophole. You can re-commit the sins in this church’s domain to then be able to use the local church for collective forgiveness. This may seem like a silly way to deal with your problems, but Four Last Things is a very silly game.

You now need to gallop around the town with your list of sins, figuring out how to commit each and every one of them. The world you are in is quite… bizarre, Floating musicians on an egg, loads of land owning men laying by a tree, and a group of people labeled ‘weirdos’ talking about something called a ‘Kickstarter’. 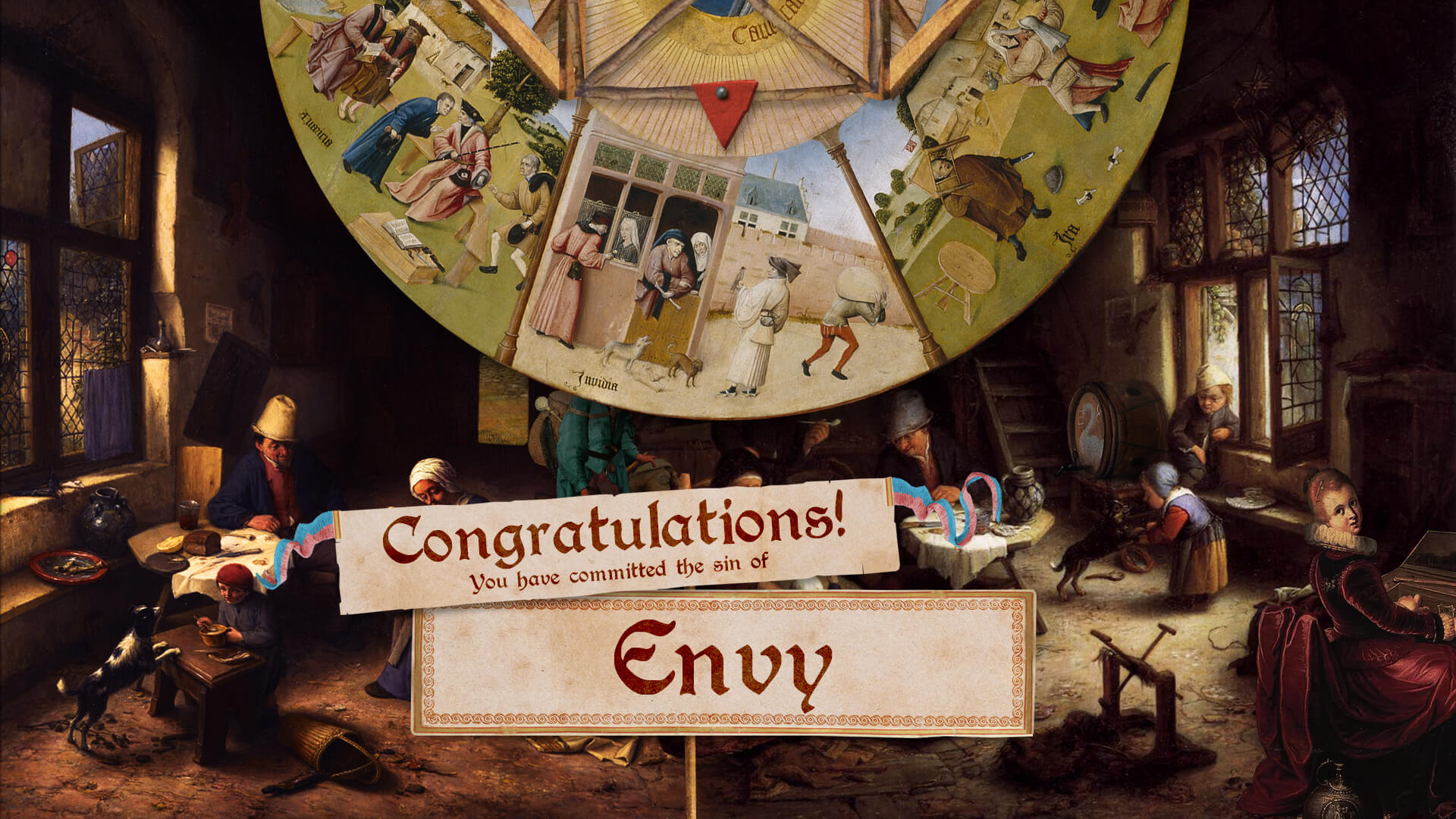 Like most point and click adventure games, you are able to interact with loads of people, find and use various items, and generally explore. The characters of Four Last Things are really where the game shines — the dialogue between yourself and the people in this world is truly wonderful — one guy even simply says ‘I don’t want to talk to you.’ And who could blame him? You are just a random person after all.

Although I didn’t get far in the demo I played at Casual Connect (unfortunately, I just can’t seem to commit enough sins!) I really enjoyed the time I had to play this hilarious game. Four Last Things has a style of its own — and it really plays to its super funny humor.