Ride on your hover-bike with your little robot companion, over this stunning sci-fi, open world, exploration/puzzle game.

As soon as you open up the game, you are welcomed with a beautiful start menu. With a click on the start game, you are greeted by your robot companion called Obi. The aim of the game is to help Obi to get home by collecting four orb keys that are hidden around the map.

As you travel around the map, you will get to see how wonderful the graphics are. As you ride along the sand, you are able to see it sparkle under you from the sunlight and moving around from the wind. When night appears, everything changes. The sand has a pleasant tint of blue and all of the ruins that are scattered around the place start to become illuminated as if you have entered a semi-Tron world.

The character that you play looks to be a scavenger or a mechanic, as he is carrying a wrench and a Jerry can on his back. The mask he wears is also a bit mysterious, making you think what he would really look like and if those glowing eyes are really his or the masks. He also reminds me a bit of Mr. Tumnus from The Chronicles of Narnia, but this would have to be his brother that lives in a desert world. 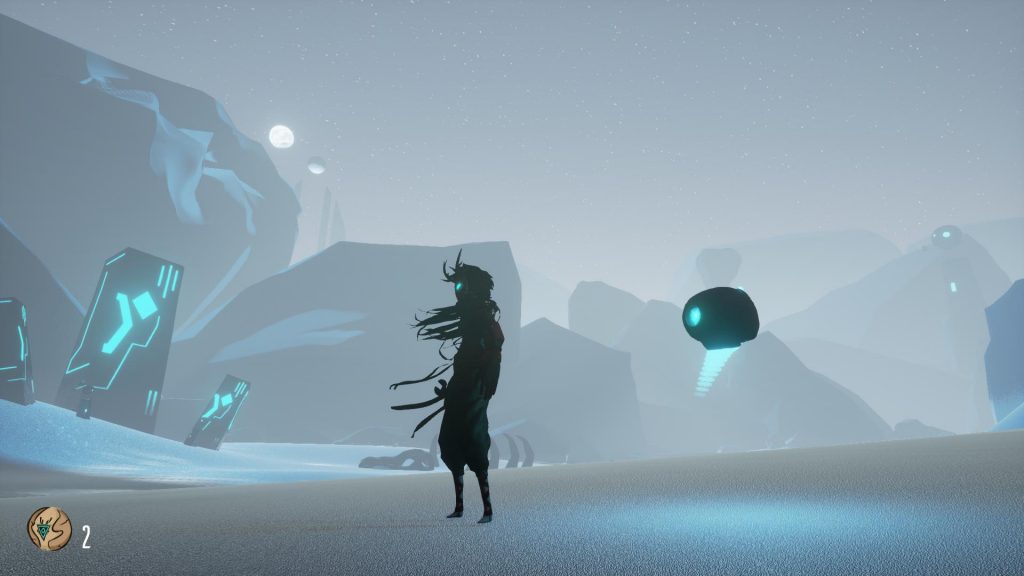 The controls are very simple to use, even though it doesn’t say what the controls are when you play the game. To move around while walking and on the bike are the WASD keys, while you can also move the mouse to change the direction that you want to go too.

The music in the game is very angelic and relaxing, and it is the wonderful type that calms you down as you wander aimlessly around the world. 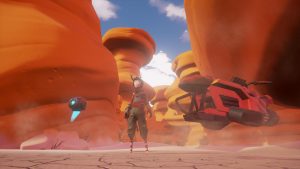 Considering that this was made by a small team of 7 for their second-year project at university, they have done an amazing job! The graphics are amazing and the controls are easy to use. The only negative points that I have would be it does have a couple of glitches, for example, you can finish the game just by riding your bike to the end point and not collecting the keys. That being said, if you play it right, it’s a wonderful experience! I hope they will continue with this game and make it into a full one, but for now, if you would like to give the game a try for free, just go here – http://www.artstation.com/artwork/n6qZ6

Ever since he was a young boy, he was obsessed with games and today, it's no different!
There is not a day that passes where he doesn't play games or watches people play games and now, he is finally writing about them.