Falling Sky Hands On — Suspense and Foreboding in the Suburbs

Falling Sky is a beautiful, mysterious and ambitious adventure game which takes you into a surreal world where you are trying to figure out what has happened to your mother.

You are in America — the suburban area — looking to check in on your family after being away at college for a few years. Your mother has stopped returning your calls, but you didn’t think that she had up and left, just that she’d maybe been too busy, or something had happened. Returning home you find your little brother, Tommy, on his own. He has been living in your childhood home, a home now strangely empty and slightly creepy, and seems to have been doing so all alone, despite being a young child. 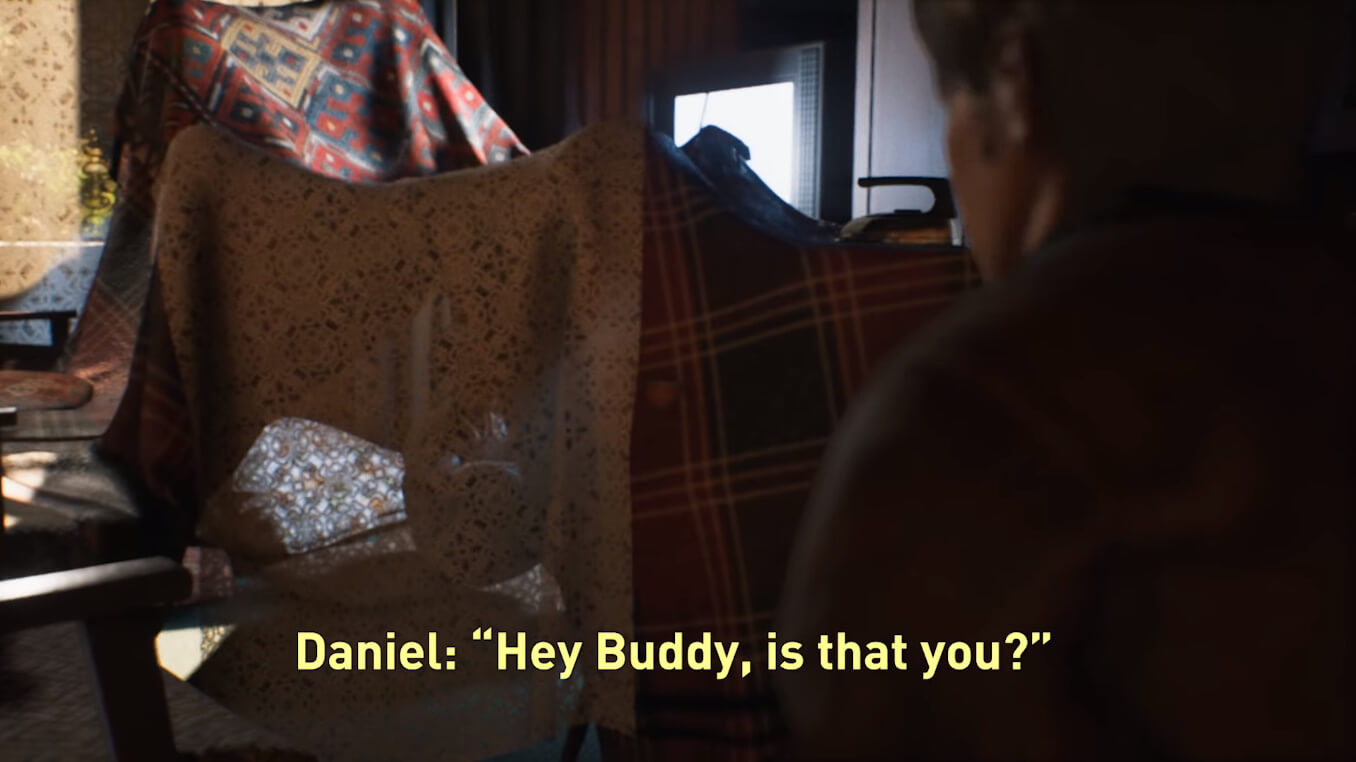 Tommy has no idea how long your mother has been away, nor does he know where —specifically— she went. He has been given a bunch of very specific rules; Rules which seem quite crazy to you. After the phone rings and a strange person picks up, you decide to take Tommy out of the house and see what else is around, investigating town for clues. In the EGX demo build of this heavily cinematic game, you can only go to two different locations; the police station and a diner.

Cinematic is definitely the right word for the game, as the game’s project lead, Johnathan Nielssen, is definitely approaching the title from a film perspective; established industry voice actors, as well as motion capture rigs, are all part of the tech behind the game. In addition to this, camera angles move snap between shots like a TV show — changing distance from subject or switching to sweeping shots as you explore the world.

At both places, you are able to see a brief cinematic of what happens once you make it there in your car. Each one hinting at the next scene in the game. Falling Sky pushes the boundaries of student-created games which I have previously seen.. The beautifully voice acted and wonderfully animated segments of the game leaves so much mystery and curiosity to be found. It seems like the more you learn about your mother’s disappearance, the more peculiar things get.

Falling Sky will hopefully be out as a fully developed story — I can’t wait to see more of what is going on in this seemingly normal suburban town. You can keep up with the project by following @JonathaNielssen or checking out their website.