FAITH: Chapter II is the sequel to FAITH. Just like its predecessor, it is a horror adventure in the style of 8-bit games from the early 80s. Without true departures in regards to gameplay, it does what a sequel should do: expand upon the first game’s mechanics and themes and take it in a slightly different direction. FAITH: Chapter II is developed and published by Airdorf Games and is currently in its demo stage.

In FAITH: Chapter II, you once more take the role of a young priest on a mission in America’s rural northeast. After the events of the first game, your car crashes in the middle of nowhere. Surrounded by cornfields, evil awaits you again. 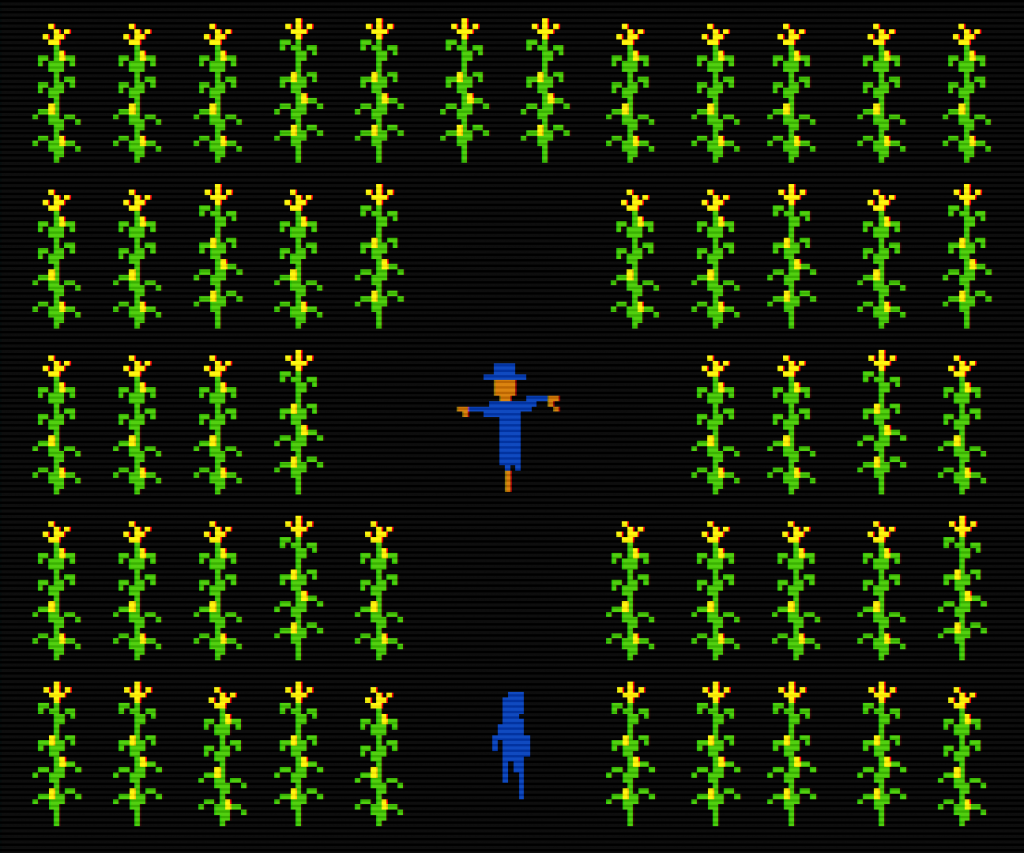 Whereas FAITH shares some similarities to The Exorcist and related media, FAITH: Chapter II feels a bit like a Stephen King novel due to its buildup — which has a relationship with the folklore of its setting, New England, but comparably little explanation.

Everything that was present in FAITH is there, and it is scarier. The woods have been replaced by cornfields. Once more your brave priest is chased by a monster. This time, it is not even visible when it shows up. Instead, it moves the corn in the most paranoia-inducing way possible. 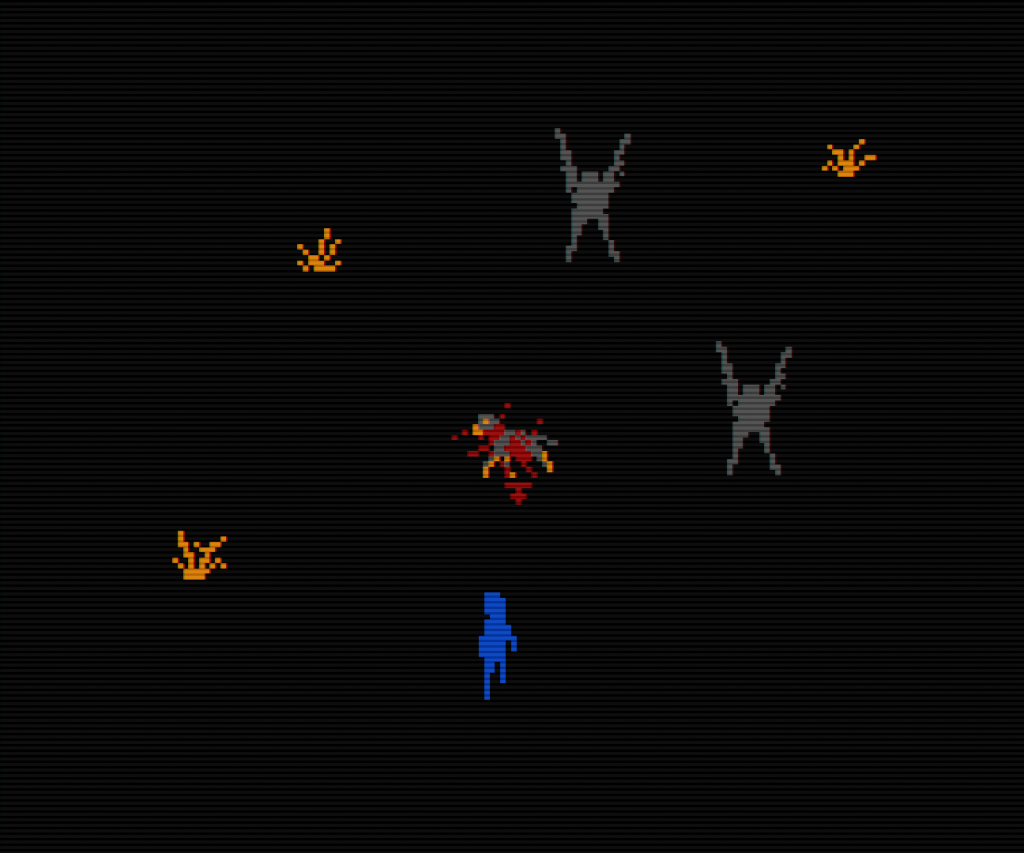 The solution is once more your crucifix, a literal shield of faith. The crucifix wards off evil and with it, you can exorcise possessed objects. This time, there is a chance that a monster will attack you afterwards, so be prepared whenever you decide to draw your trusty cross.

Compared to its predecessor, FAITH: Chapter II improves both with regard to sound and atmosphere. Voice clips are used sparingly but to great effect. The deliberately low definition of the music only adds to the dread, with background music and effects that rival the nightmarish sounds of Trivia Monster. 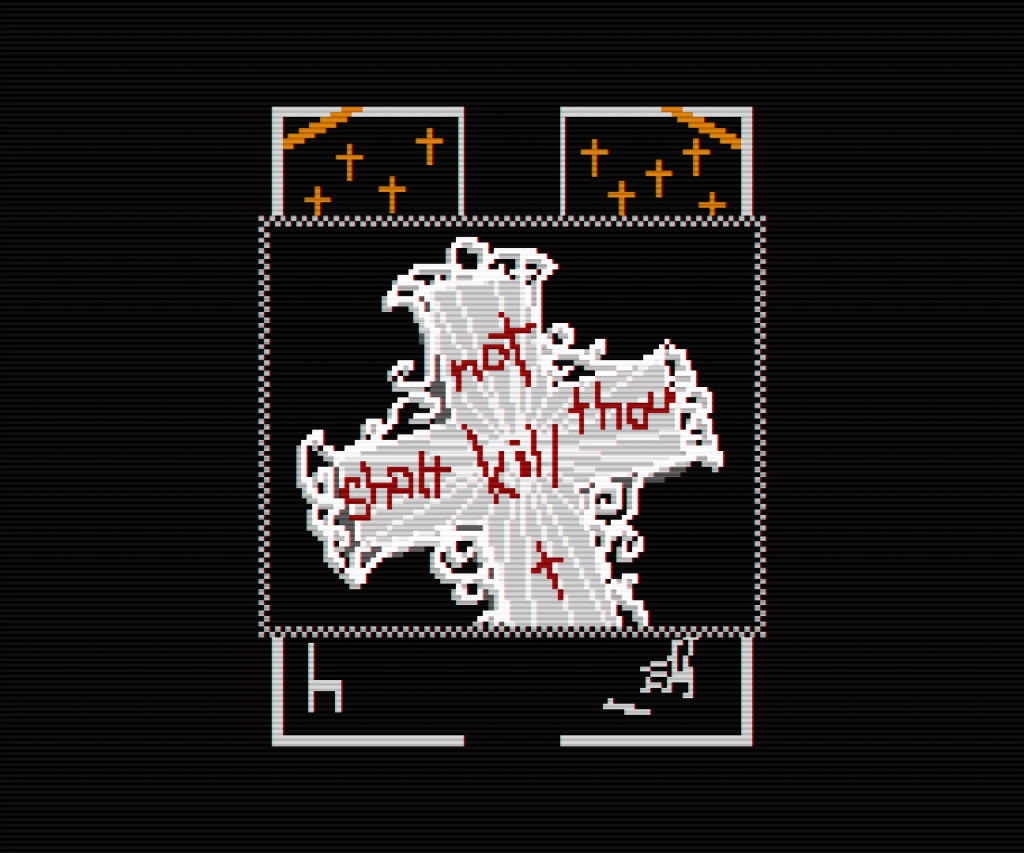 While it is always lurking somewhere, death is less common in FAITH: Chapter II. Combined with a more variant environment and little effects here and there, the game constantly induces paranoia, which is arguably worse than killing the player character too often.

FAITH: Chapter II is a great little horror game which does everything a sequel should do. It achieves a lot with so little, and every fan of horror games should give it a go.

FAITH: Chapter II is available now for Windows via Itch.io.