While at Pocket Gamer Connects London back in late January, I was lucky enough to judge the PC Indie Pitch, an event in which over a dozen games enter, seeking to win a selection of prizes from the event organisers. I absolutely adore judging these panels as it’s sometimes the first time some of the games have been shown off — even if that’s not the case, it’s always interesting to spot upcoming trends in the industry.

The ‘Reinvention of RTS’ and Cyberpunk were two of the most frequent themes throughout the PC Indie Pitch. Of all of those that fell into the middle of this interesting venn diagram, Failure: Neuroslicers has me the most intrigued. 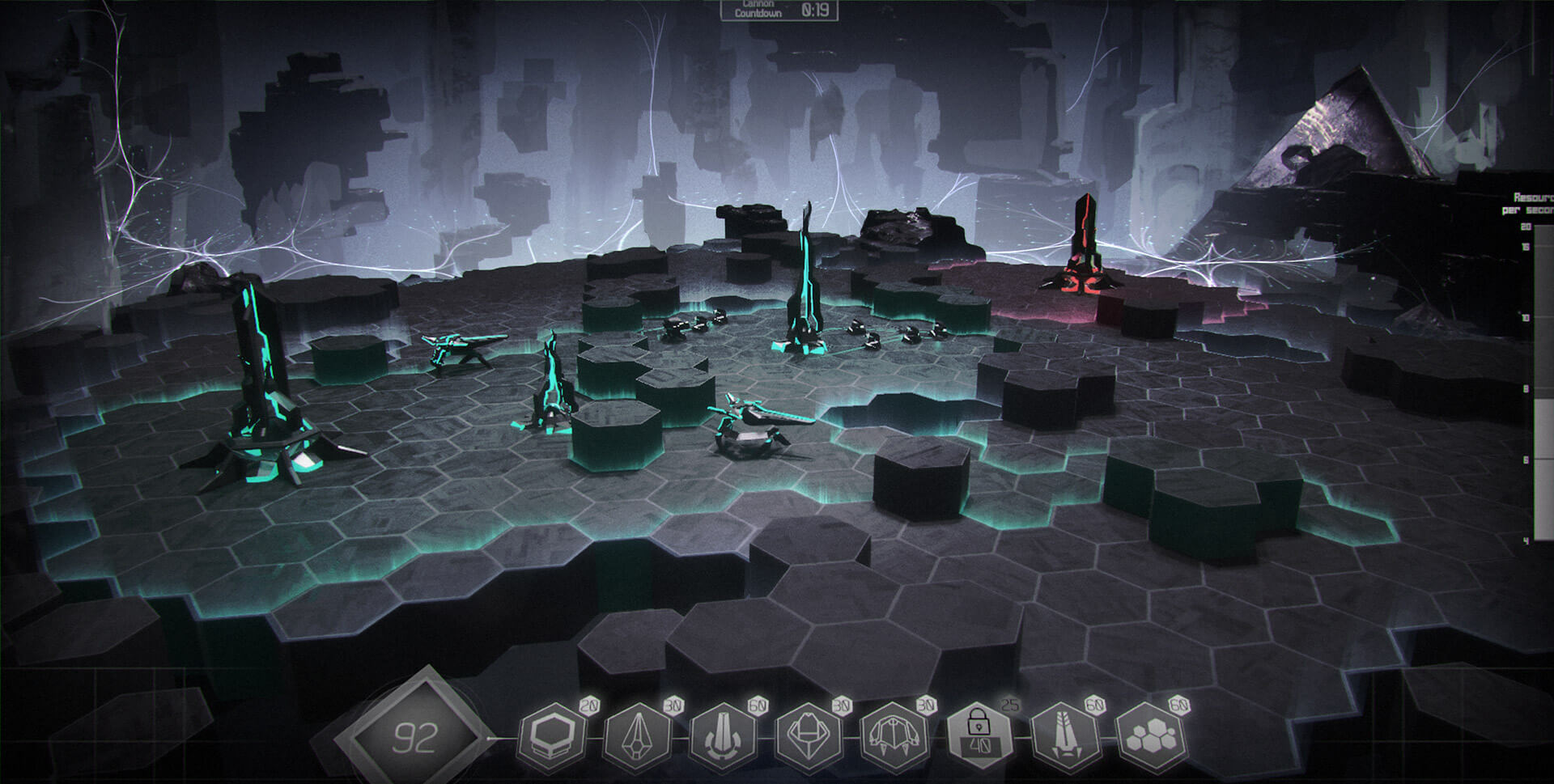 RTS reinvention, in the case of Dream Harvest’s Failure: Neuroslicers, means removing the focus on Actions Per Minute — an oft-churned stat which will be very familiar to those who follow the competitive scene — and a shift instead toward map claiming and resource flow, with a side in tactics. Map claiming is definitely the most obvious change at a cursory glance, and some might even say Failure: Neuroslicers is a game of map painting, as each base component claims slices of the arena, leading to a map being rapidly consumed by each team’s bright, neon hues.

In addition to the standard, competitive multiplayer there was promise of a multiplayer narrative which would thrum through the more active player’s time with the game. The big change, however, comes in the shifts from what is commonly accepted as competitive: things like the fact that units are generally left to their own accord. The game lets you give directions on where you want them to encroach and where you want battle-lines drawn, but if you wish, that can be the end of it. You can instead concentrate on getting your base to swell and grow, churning out new troops as and when you think the lines need a top-up. It’s a refinement of the spawn-waypoint system of old, and one which means you can set a nigh-endless amount of forces to continually converge in one general direction while you focus on altering your base, twisting the map to your whim and getting yourself in a stronger position to deploy your next plan.

The big difference between Strategy and Tactics titles used to be how the games handled resources, with RTS traditionally having at least one resource, which would be used in base and troop building. In the case of Failure: Neuroslicers there are two resources: Data and Tech. Data is your standard building currency; you can use it on any of the building types you have in your hand. Tech, then, is used to replace the standard technology structure and alter the hand you have. Find yourself playing a defensive game? Swap in some towers and walls. Find yourself on the offensive? Get buildings with greater catchment to the front to keep the enemy pushed back.

I think the thing that sticks out most for me, despite all of the above managing to entertain the strategy fan I grew from, is how well the cyberpunk setting fits the game’s content. Typically, cyberpunk or ‘within a computer’ settings can feel extremely cheap and tacked on — as though people were looking to create a minimalist game but realised they needed to angle it away from the stark, sterile styling some still associate with low effort. Failure: Neuroslicers actually feels as though it was designed with the setting in mind: the painting of hexes, the building tech and strange skylines… they all feel as though they were conceptualised as cyberpunk elements. Battlefields even shift from skyline rooftops, through (the above) floating hexes in the sky to fractured segments floating in foggy, high-tech ruins.

It’s all extremely aesthetically pleasing, and with clear, readable terrain, as well as extremely contrasting, glowing units, it certainly catches the eye. Easily one of the most interesting offerings from the entire event.

Failure: Neuroslicers is currently planned for a release on PC, Mac, Linux and Xbox One at some point this year, although — understandably — a lot of that will depend on the interactions and feedback borne from the alpha which is currently in progress. Those wanting to stay up to date with the game are best to investigate the newsletter on the developer’s website or join their Discord community.