Now, we get to manage trailers as well as trucks!

For some reason, every time I fire up either Euro Truck Simulator 2 or American Truck Simulator, the first song that pops into my head is The Eagle’s ‘Take It Easy’. However, it instantly doesn’t make sense because I’m always trying to take on another load, not loosen it — except for whatever I’m currently hauling. The latest DLC for Euro Truck Simulator 2  is the Krone Trailer Pack. For the uneducated *cough* <especially us Americans>, KRONE Trailer is one of Europe’s major vehicle and machine producers. The Krone Trailer Pack is not merely a variety of trailers to own, designate, keep track of, etc, it also adds a lot more to the game itself.

Now you can buy and manage your own trailers. When you take a job, provided you have the correct trailer, you can opt to use your own rather than one supplied by the company which has hired you for their contract. Just like the trucks, there are also many customization options as well. My goal is to eventually own all of the trailers, plus enough of them for my other drivers as well.

Luckily, I already had enough money to buy one when I received the Krone DLC. Of course, I had to buy the cheapest — a Profi Liner — which is a good start. It’s a three-axle (one liftable) curtainsider that can carry ‘general and dry goods’ — meaning no construction equipment, refrigerated/frozen goods or anything needing insulation. Again, that’s fine for now. It’s my first trailer!

Just as has happened before, I’m in the middle of a review and a contest for World of Trucks crops up. I love these things. This time, the goal is to transport fifteen million tons of goods from Germany to ten different countries, with all runs having to be over 300 km.

The ten loads are doable enough, except for one thing — you can’t use your own trailer for event-specific hauls. I’ll just have to put that on hiatus so I can play around with my new trailer first.

There were two, tiny, weenie runs I could have taken to test out my new addition, each about nine minutes. Nah, that’s not how I roll. Instead, I opted for a 232 km trip, hauling graphite grease, from my base in Köln to Kassel, Germany. I figured that about four and a half hours was enough time to get used to it. It’s not that I beat up or trash other people’s trailers in the slightest (I’ve never had more than two percent damage), however it did make me a liiiittle more aware of the extra 13.62 meters of metal behind me.

As usual, the trip started in the wee hours of the morning — I’ve made this run before with a variety of different loads, so I wasn’t traveling into unchartered land or anywhere new or weird. Plus, as some of the screenshots will attest, I love sunrises (and sunsets) in Euro Truck Simulator 2.

As expected, the trip was (luckily) uneventful — meaning no tickets, bad weather or accidents. The big difference was that there was a new question mark (unidentified building) in Kassel. Normally, after completing a job, whether to go and scope out a new question mark, or simply to go to the garage to spend money on stuff I shouldn’t, I just cruise over there real quick and check it out. However, I quickly came to the realization that I was still hauling a trailer behind me. It made my trek to the unknown facility noticeably more deliberate and slower.

Now, I’ve only spoken of one miniscule part of the Krone Trailer Pack. There are all kinds of trailers available to buy and, if you have a crew, keep track of. KRONE alone has a Cool Liner, Dry Liner, Profi Liner HD Flatbed, Profi Liner + Load Carrier (double trailer) and some will have a Box Liner. Different cargos require different trailers, obviously — my goal is to have at least one of each eventually.

I made the mistake of setting the trailer to ‘public’ rather than ‘private’ when I first bought it. When it came to the time to use it one of my other drivers had it! I had to cancel her run, get the trailer shipped back to my garage, then I immediately set it to private. Had I been doing the contest at the time, I probably would have made it public so the other two could use it at their discretion. Probably. Well, maybe.

Love the smell of fuel in the morning 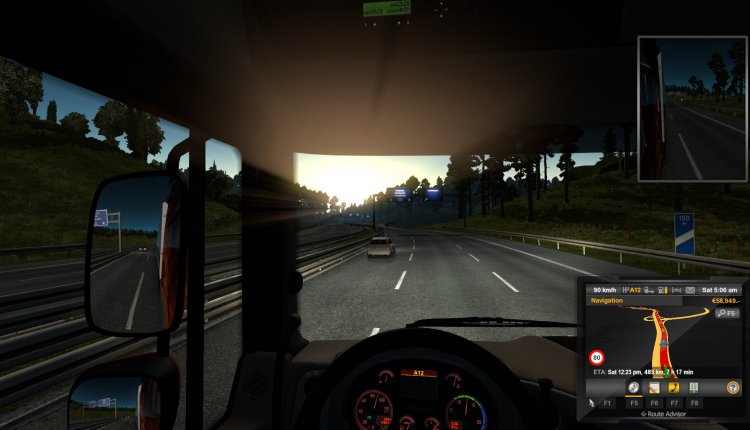 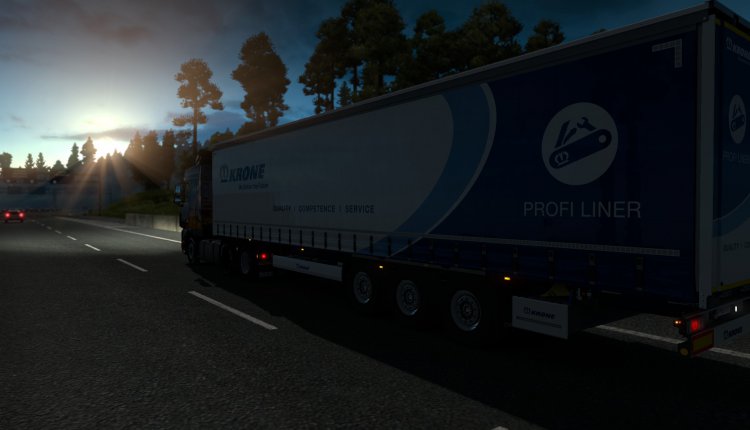 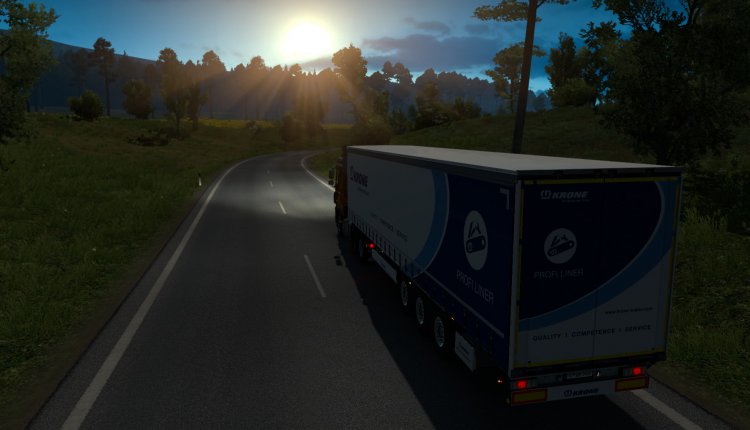 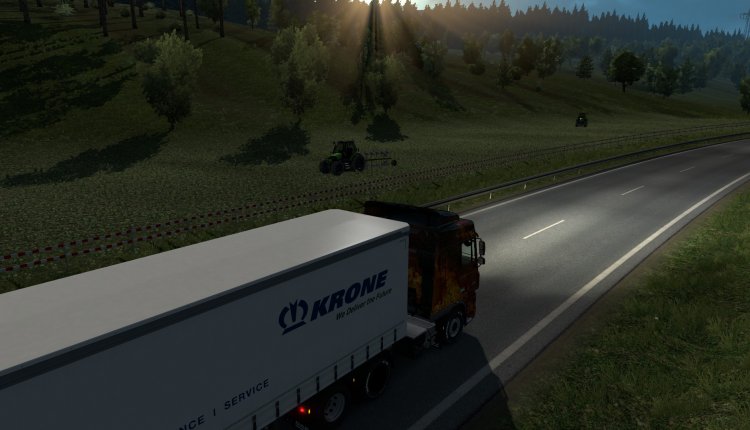 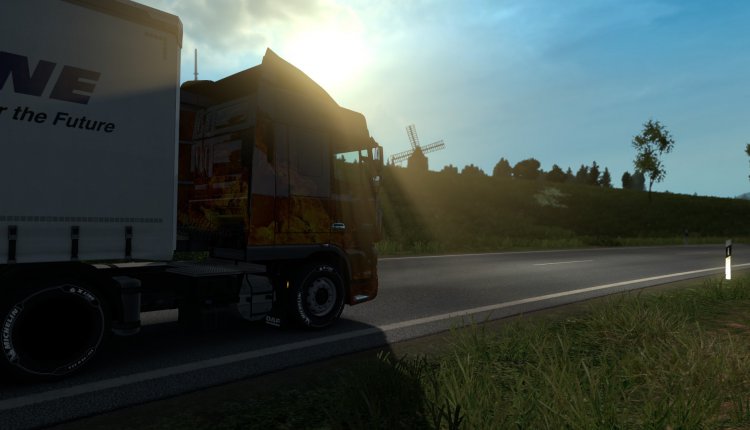 There are all kinds of other cool stuff added in the Krone Trailer Pack as well. Naturally, KRONE dealerships — as well as all kinds of hubs and in-cabin accessories (coolers, pennants, caps, coffee mugs, etc). Easy Rider tires are now available. There are parts I can get for my front and rear chassis. Finally, there are also rear bumpers and mudflaps. May as well deck out the truck while you’re doing the same with the trailers.

Overall, I was super impressed with the Krone Trailer Pack. The shuffling around of trailers, as well as trucks, now adds a whole new dimension to the immersion in Euro Truck Simulator 2. They are also working on the next DLC: Beyond the Baltic Sea — which I eagerly anticipate. I’ll get to drive around in ‘the three Baltic states of Latvia, Lithuania and Estonia, and also south of Finland and parts of Russia including Russia’s second largest city Saint Petersburg.’ My decision now is to whether I want to share my new baby (trailer) with the other two drivers. I mean, c’mon, it’s brand new. I bought it, they didn’t. What if they scratched it or something? 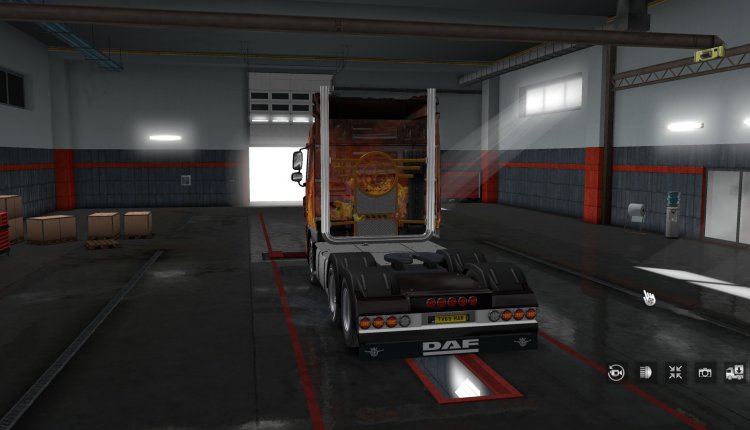 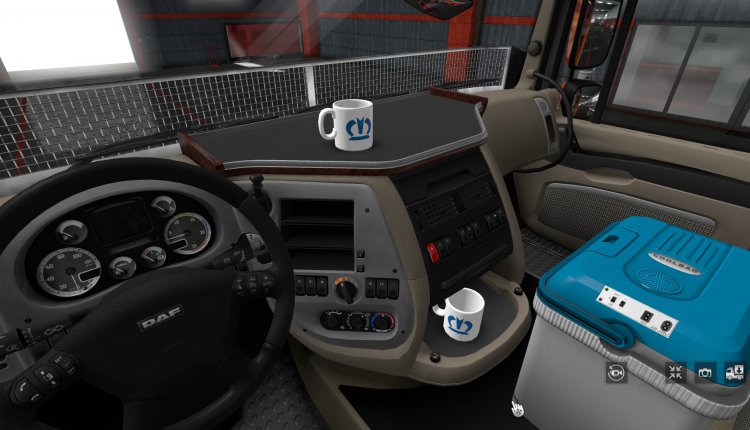 Note the bigger dash, Krone cups and even a cooler! 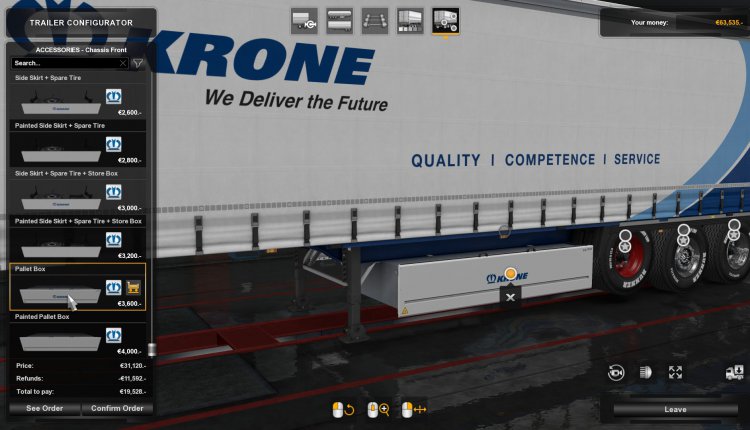 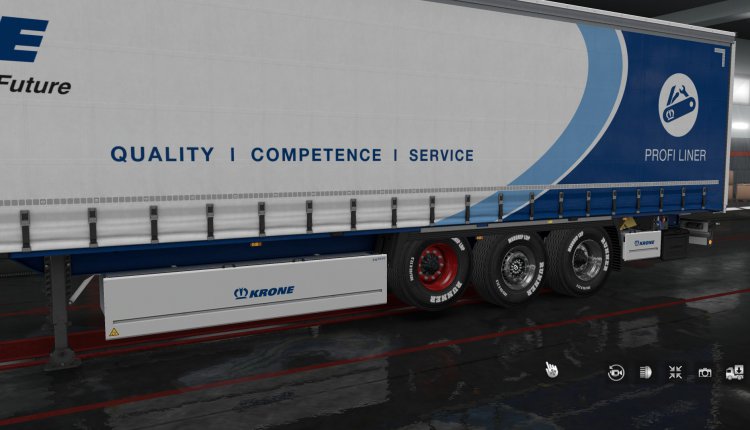 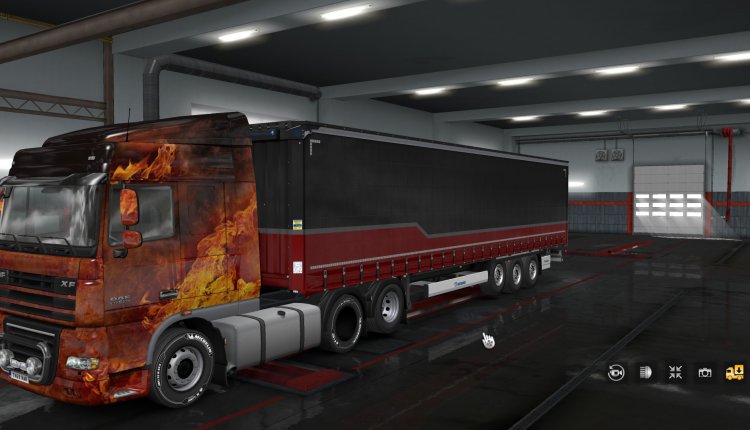 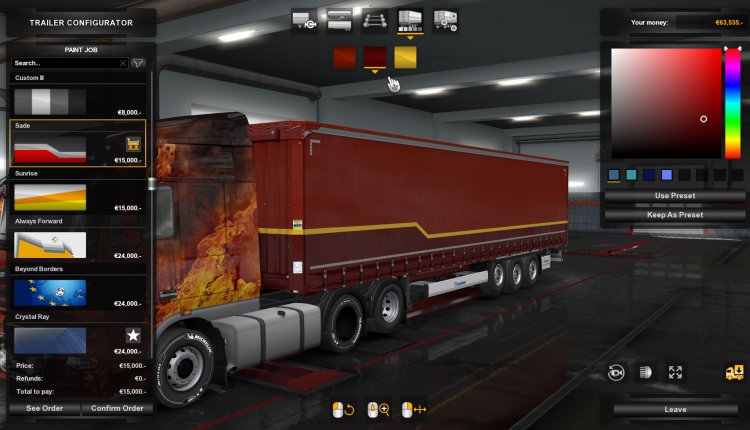 ...that can be altered in sections of color. 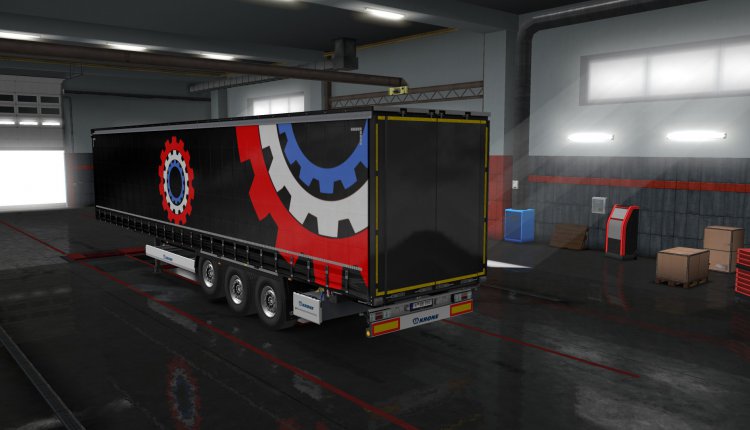 One of many types of trailer paint jobs. 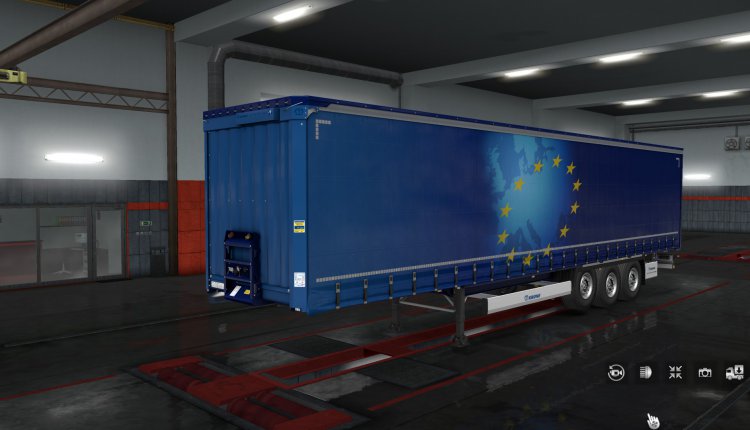 Another example of the myriad types of trailer paint jobs. 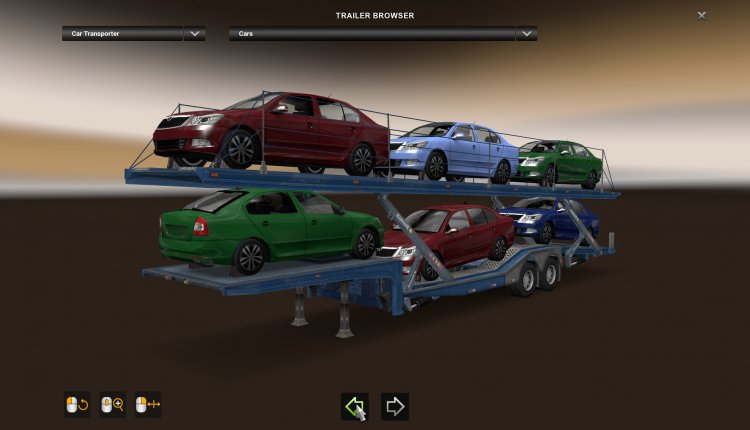 Need to get one of these for hauling cars.