Edna & Harvey: Harvey’s New Eyes may not be the most proclaimed Point & Click
Adventure game around but it’s certainly one that should be on your radar. Its predecessor,
Edna & Harvey: The Breakout released back in 2018 and although I have never played it, I’m
now feeling like I need to.

Even though Harvey’s New Eyes is a sequel, it really doesn’t play like one. If you haven’t played the previous Edna & Harvey game don’t worry too much — the story doesn’t continue and you will only miss the odd reference.

The story begins with Lilli, a young girl who lives in a boarding school that seems to be run by a
very strict convent, and not a nice one at that. The very nasty Mother Superior seems to be in
charge here. You notice pretty early on that Lilli isn’t well-liked by both Mother Superior nor the
other kids — your only friend seems to be Edna. Who you might say is a bad influence on Lilli. Lilli
is just scraping through life, day to day whilst trying to protect best friend Edna from the evil Doctor
Marcel.

As is the case with most Point & Click games, you will be required to perform various tasks that
can often feel very irrelevant. Raking up leaves and clearing out termites are among some of the
objectives given, and Lilli, being the innocent and timid girl she is, does them. No questions asked.
Unfortunately, Lilli often finds herself in compromising positions and causing more damage when
doing these tasks. Nothing goes to plan for her and in doing so, everyone around her pretty much
ends up dying. At no fault of Lilli’s of course… 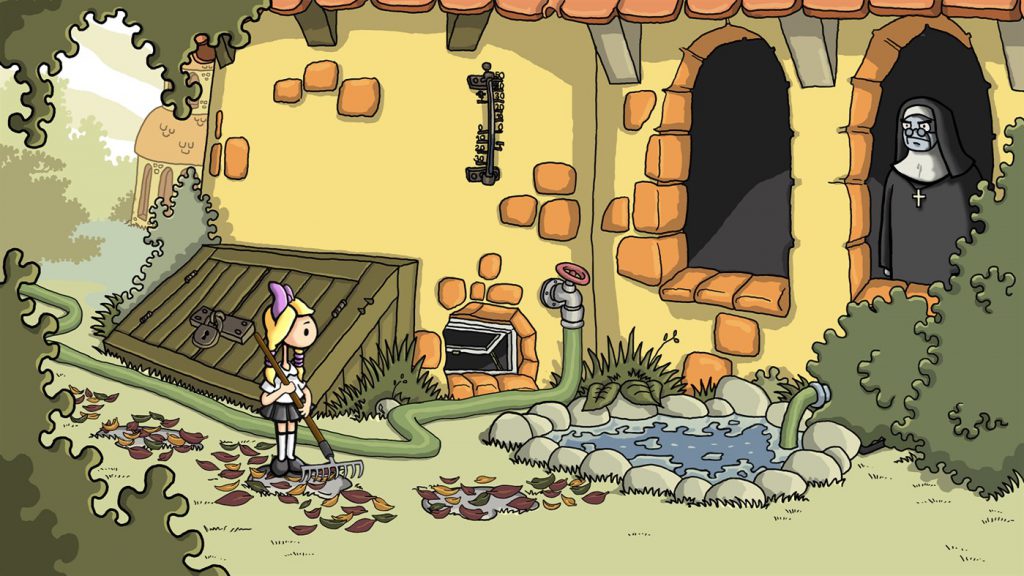 It’s worth pointing out that Edna & Harvey: Harvey’s New Eyes doesn’t take itself seriously at all and has a very dark and cruel theme throughout its story. Hence why everyone pretty much ends up dying in random and hilarious ways. And that’s probably the best thing about the game, its humour. The game has its own Narrator who brings the story to life, Lilli herself doesn’t speak more than a few words beside her groans and sighs so it was important to have a Narrator that sets the tone. Which it does — and he brings another perspective to each and everything you see. He also recounts everything as if he’s talking to a child — showing the innocence of Lilli herself.

As you progress through the story you will come across various puzzles that you must complete in
order to continue — the majority of these puzzles are fairly obvious and require collecting objects,
combining them and making new objects to use. As is the case again with most Point & Click games, these items are completely random and I did find myself stuck on certain puzzles as I wouldn’t think of combining a certain two items… If you do get stuck though you can get hints, which is handy. 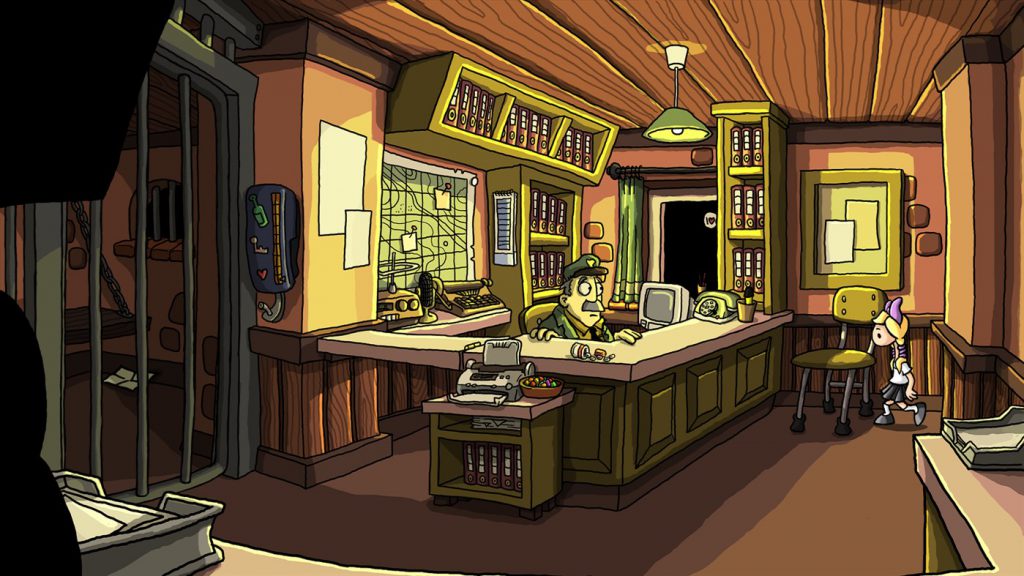 You will also encounter puzzles in the form of mini-games, which makes for a nice change in gameplay. Anything from jigsaw puzzles to complete to a turn-based strategy game are on offer here. If you don’t like the sound of that though — firstly, I’d ask why not?! — but you are able to skip these if you see fit. I’d advise against it though as they provide a nice break.

The game’s graphics simulate that of a children’s cartoon; very colourful (but dark at the same time?) and somewhat cutesy — but this is far from a children’s game. Characters have their own style and backgrounds look good, just not great. The animation at times can be a little off and look a little cheap, but other than that, it’s great. 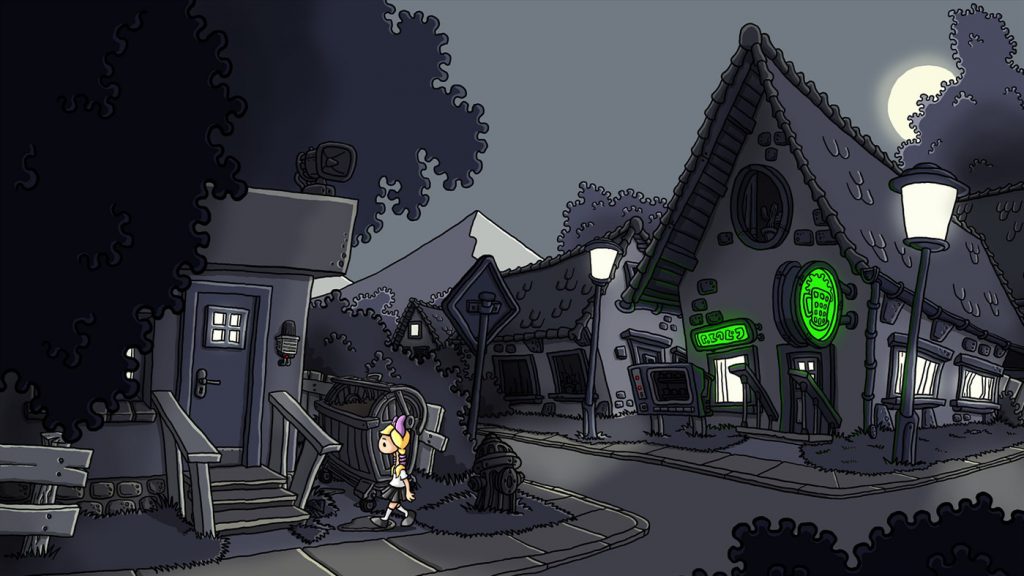 Edna & Harvey: Harvey’s New Eyes was an enjoyable game that provided me with many moments of giggles and laughter. I just wish the story could have been a little more inviting and captivating as I didn’t really feel invested in any of the characters. If you’re a fan of Point & Click games then give it a go — it won’t be the best you will play but it will certainly give you an experience you won’t forget any time soon.