Due Process (Early Access) isn’t geared up just yet

Whilst trying hard to stand out from the crowd, Due Process doesn’t quite do enough (at release) to really show off what a great game it could be.

Whether it’s the visuals with its mixture of pixel art and 3D models or its unique features and quirks, this tactical FPS has some redeeming qualities and ideas that are a welcome addition to the genre. But aside from a few key aspects and design choices, Due Process is below average in its current state.

With a game like this is all about gameplay. The controls, how it feels and what you’ll be doing; In that aspect, Due Process is pretty good. It’s nothing to shout about, but it’s more than good enough when it comes down to gunfights. Although some issues with feedback don’t exactly make it easy to know if you’re doing anything. With no sound or clear hit markers, it can be near impossible at times to tell if you’re actually hitting an enemy or simply shooting around them. That, or it can be because of server issues. For most of my five-six hours of playtime, I constantly dealt with issues of lag and server issues that made some games pretty unplayable. Granted, this is being worked on but currently, it was very hit or miss if I got into a stable match.

But where the Due Process isn’t average is in its more unique features.

For one, players spawn in and choose from a shared selection of weapons and equipment that differs between attackers and defenders, rather than player-made loadouts in games like Rainbow Six: Siege. Picking what you need each round becomes more important as the round progresses, as supplies and weapons are lost if players die and become unavailable, making every bullet and grenade you use a bit more valuable with each passing moment. Together with gameplay choices like reloading discarding the remainder of your ammo, it certainly makes you more aware of your equipment than other games in the genre; Less pray and spray, more precision and patience.

For the more tactical side of things, you’ve got detailed overheads maps and the inclusion of a drawing system. This lets players draw out paths and highlight locations across a whole teams map, making the planning out of strategies far more involved and oftentimes, much more effective. Dead players can also use this mechanic, making them just as valuable in certain situations as they can highlight or guide their living allies through maps to avoid conflicts or find the objective. Of course, these plans don’t always play out perfectly but its that balancing act of strategy and improvisation that makes for some intense moments within the quick rounds.

It comes especially in handy considering the ever-changing maps. With each week, maps are changed thanks to procedural generation, with key locations and names remaining, but in new layouts and arrangements. Currently, there are only three maps to play but with the weekly change, it certainly keeps things fresh as you adapt, figuring out new ways to approach each map as they evolve. 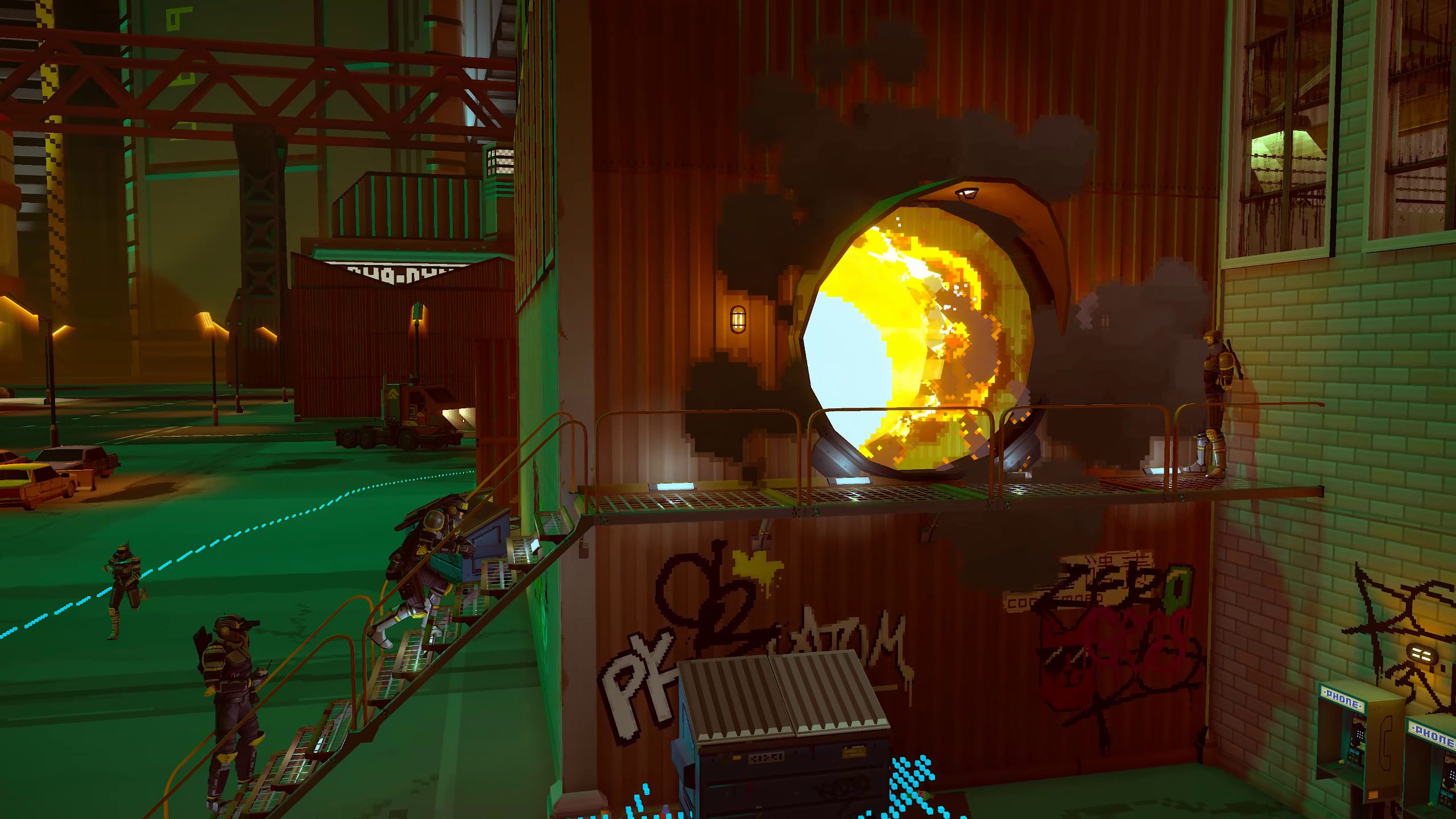 But, with all these great additions and ideas to help separate them from the crowd, it seems they might have forgotten to include some of the more basic elements you expect in a shooter. There is no levelling system for example. Playing matches — both casual and ranked — gets you no experience or contributions to any kind of progression. Whether this is intentional or not, it practically gave me little to no reason to keep playing past a game or two; No matter how good the gameplay, if you don’t earn anything, it can get pretty boring. That as well as in-game scoreboards, the previously mentioned lack of feedback and a few others, feel like quite big oversights in the grand scheme of things.

Of course, with any game in Early Access things can change over time and develop into something great. But right now Due Process feels a little shallow in some areas, which dampens what has the potential to be a great game. With customization on the way and I’m sure a slew of tweaks and additions, Due Process could end up being a tough tactical shooter I’d gladly jump into again; When it’s more finished.