Too much flesh in all the wrong places

How to make your Tolkien-esque, fantasy RPG stand out? In Dragon’s Crown Pro, obnoxiously exaggerated physicality is part of the answer.

Upon its initial release, the character design — in particular the hypersexualised sorceress — came under heavy criticism. Well, the good news is you can now have your dose of jiggle ‘physics’ in 4K thanks to Dragon’s Crown Pro, a remaster of 2013’s critical success, Dragon’s Crown. 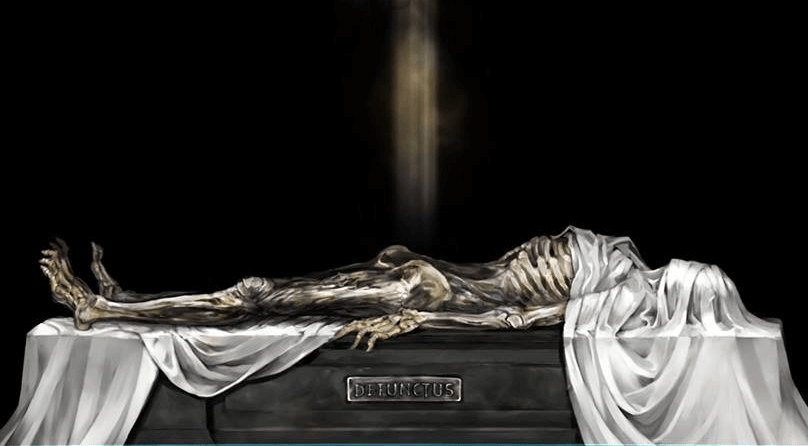 By far the most disappointing aspect of the remaster is the game’s insistence on sticking to this ‘style’, as it was dubbed by designer George Kamatani when defending the characters. This was an opportunity to modernise not just graphics but the game’s depiction of women or at least provide an option to play through without having breasts smothering your television screen. You would have thought that, even if the developers wanted to stick by their initial creative design (as is their right), the PR department would have been screaming for this addition.

It is made ever more frustrating because, as a side-scrolling beat-’em-up/fantasy RPG hybrid with an online multiplayer component, Dragon’s Crown Pro — from Japanese developers Vanillaware — is an interesting idea. So convinced by the concept was Kamitani-san that he spent 13 years trying to get the game made before it was greenlit.

The story — of which, it should be said, there is very, very little — has you and your party discovering the mysteries of rune magic (a useful, but ultimately disposable mechanic). The goal is to find McGuffins that signify the right to the throne, thus solving a dispute of succession after Hydeland’s king dies.

One of these is the Dragon’s Crown which the legends say gives the wearer the power to control dragons. To find the crown, you must defeat an ancient dragon by collecting talismans to make it vulnerable in the final fight. As it happens, the Dragon’s Crown is just a trinket and its power lies in its significance in those legends rather than in magic. A nice idea which requires a lot more nuance and thought to conjure than the combat.

Fighting can descend quickly into button mashing. Skills trees have scores of options to choose from: acquiring new attacks, boosting existing ones, adding bonuses depending on performance and buffs when you’re in a tight spot. The progression system is so well designed and it’s a shame that the game can’t do more to incentivise making full use of your new abilities. Ultimately, in the game’s frantic melees, it is far easier to slip back into the first few moves you learnt.

To help you along the way, you have up to three party members, either computer controlled or online players. In single-player, your party is made up of adventurers whose bones you have returned to the town’s temple to be resurrected by a priest.

Character classes lean heavily on Tolkien with dwarves, sorcerers, knights, amazons, and archers making up the options. Each class comes with its own combat style, set of armour, and dedicated skill tree to go alongside the basic skills.

Replayability is clearly the aim and, should you enjoy the game first time around, each character is different enough to provide a twist in combat situation.

When picking your party, usually the best strategy is to pick your three highest level companions and strike out, which is a shame as efforts had been made to make classes complement one another, and taking out four different classes makes the combat a little more fun.

Interestingly, whilst playing online, the level of those you resurrect appears to scale with the host which can make late game encounters a bit easier if you are paired with a high level player. 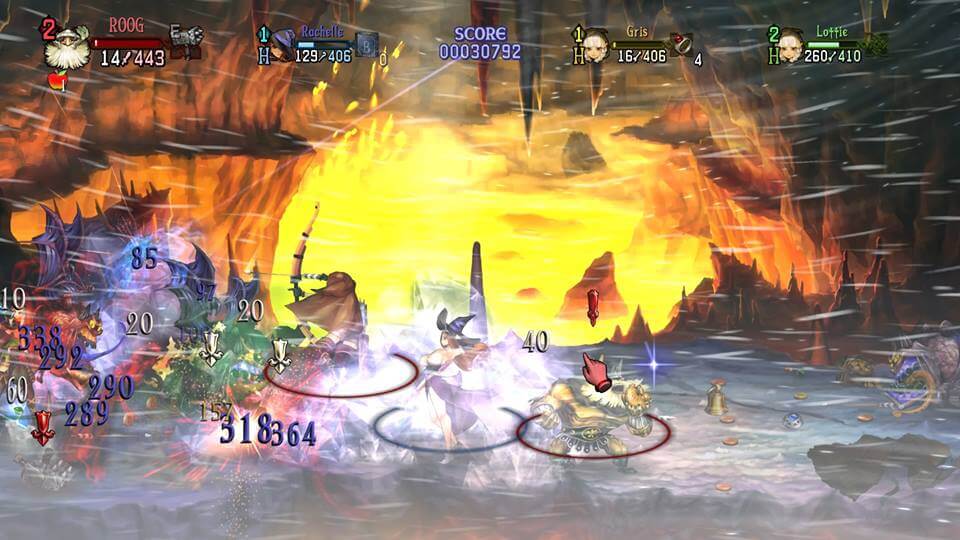 Ever present on your adventures — no matter how hard you pray — is Rannie, the rogue who will be opening doors and chests for you whilst cycling through the same five phrases which quickly turn from charmingly exaggerated to outright irritating. Thankfully, the game does feature the option to punch Rannie when his outbursts break your patience. This is by far the game’s best feature.

Despite the furore it caused, the art of Dragon’s Crown is beautiful and does make the game immediately distinguishable. Levels are stunning to look at (thankfully, as you will spend time grinding each one before your final fight) and the art gallery — unlocked picture by picture as you complete side quests — is worth the, admittedly minimal, effort.

Unfortunately, the art gallery is not immune to the scourge of exposed flesh and you do have to question the motives behind the addition of the zoom function.

The game is plagued with the controversial and demeaning art style employed to make the game unique. The shop owner in an alarming state of undress, the townswoman, the amazon contorting her body to make her full ass face the screen, and the female knight spilling out of her armour.

You cannot and should not forget that it should not take controversy to stand out of the crowd.