Doomlings is a simple to understand but challenging to win card-based game where you and your friends are all looking to evolve to their best form before the world ends. Using cards in your hands, you need to select and play traits, so that you can have the most points at the end of the world!

In Doomlings, everyone starts with a gene card which tells you how many cards you can hold. This gene card starts off at five, no matter how many people you are playing with, but can go up or down depending on actions and other cards that are played. You get a hand of five cards to go with your gene card, and a card that has instructions on how to play your turn. 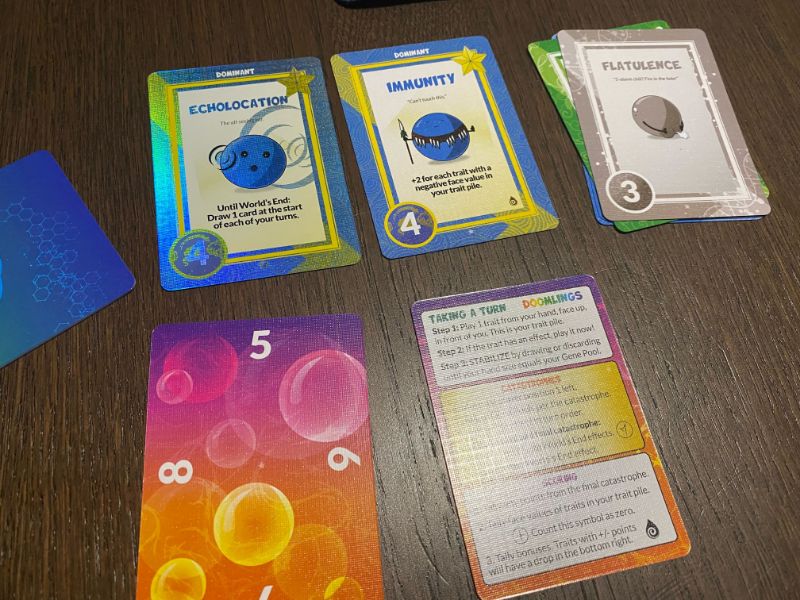 In the middle of the table, there are trait, discard and age decks. This age deck is basically the rounds of the game. When the first age card is flipped it has some rules detailing what is happening this round or before the beginning of the round. Sometimes it’s things like no actions on any trait card count or nobody can play a specific color of traits, while other times it might demand that everyone discards their hands and then re-draws up.

Once the age card is revealed, the round starts. The player who goes first can place down a trait in front of them and do the action. Players can have as many traits as they can place in a game with the exception of dominant traits, which they can only have two of. Dominant traits normally have big numbers on them and long-tail effects to how the scoring happens at the end. These dominant traits, we found, often shaped how that player played the game. Having a dominant trait that gives you more points for having green cards, or one that gives you more points for having negative cards, shapes how you take your turn. 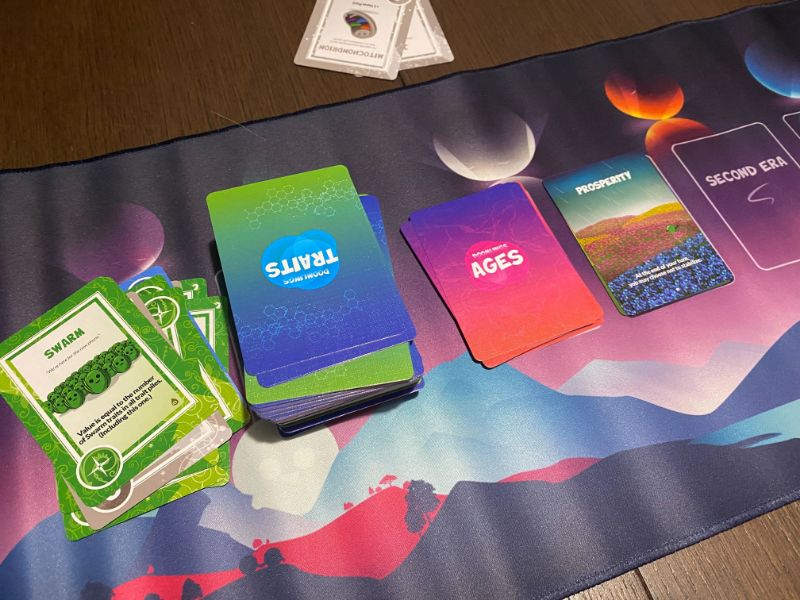 Let’s talk about card colors for a moment, as I have mentioned them a few times. There are four colors in the game; blue, green, orange and purple, which represent different traits. There are also gray cards, which count as colorless, and also affect the game. When placing down traits, you will be able to see what your score is, but often these cards have more effects which can really change things come the end of the game.

Some cards in Doomlings do allow you to change things for your fellow players, stealing their cards, changing out their traits, and otherwise destroying what they’ve built up. Some cards can be used really maliciously. Dann, at one point, had a card that gave him loads of extra points due to how he had laid his traits down, and I was able to just steal it from him! 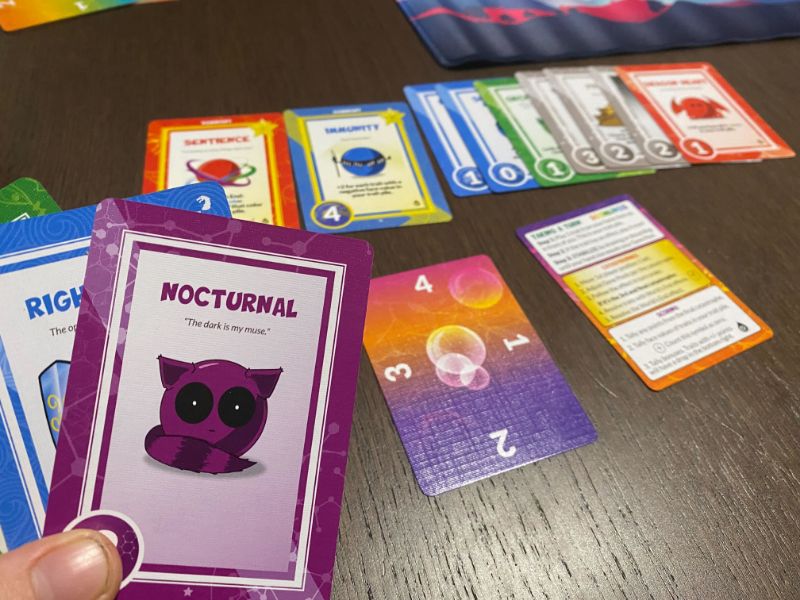 Once a round is over, players draw up to their hand limit and another age card is turned over, and if it’s an catastrophe card then you move onto onto the next age. Then it all starts again. Once you have hit all three end of the world cards, the highlighted end of the world action takes place, and then everyone has the complex job of figuring out what their points are, which is honestly the most complex part of the game, and sometimes requires a pen and paper. 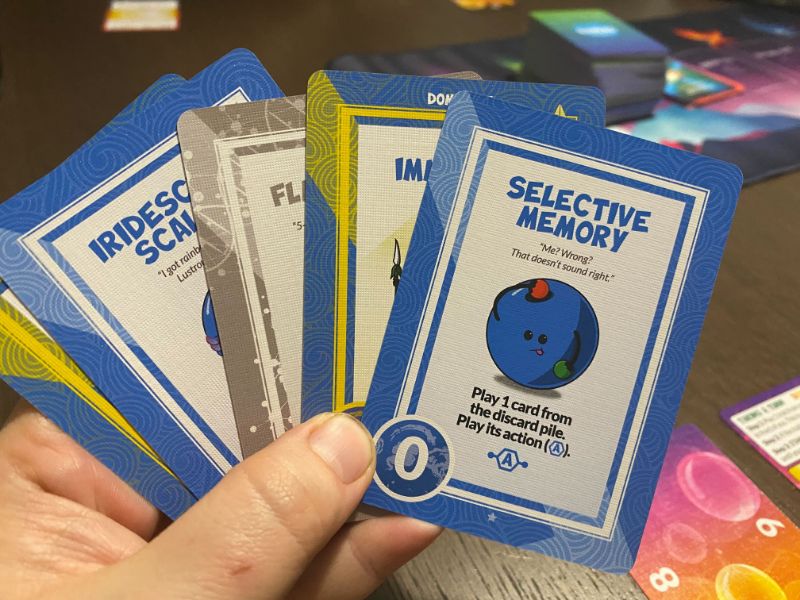 The designs in Doomlings are adorable, and it’s quite fun thinking of yourself as a creature, being formed with these cards. The amount of chaos that can be done, both by age cards and by players, adds a lot of variety to the game. There are also so many trait cards to play from, you’d probably need to play the game several times before you see all of the cards that Doomlings has to offer.