The world is flooding, rising tides have started to claim large parts of the world and the oceans remain far from calm. In Diluvian Winds, you must build and manage an everchanging colony of travellers who pass by your lighthouse while fleeing from natural disaster.

In Diluvian Winds you take on the role of The Guardian, a lighthouse worker who serves as a stop-off point for refugees fleeing from a natural disaster. It’s an interesting proposition, as most games have you take on the role of the group who are fleeing or the end destination of those who have fled. Most people are familiar with games like Frostpunk, or Banished, where you take that shattered collective and build them up against the odds, but here you’re just controlling a stop along the way. That adds some really interesting systems into the mix, not least the persistence of your outpost against the flood.

Your outpost, in this case, starts as a 7-wide, 3-high grid on a 2D plane, that you can slot buildings into. These buildings come in different shapes and sizes, but you’ll need to fill out the lower layers to some degree in order to build higher, especially considering the variety of buildings you’ll need as Diluvian Wind progresses. However, every so often a new, brutal wave will smash through your compound and shatter some of your buildings, and you’ll be faced with the choice of repairing, replacing, building on or stripping down the ruined buildings left in the wave’s wake.

This is where it gets interesting because your character simply mans the lighthouse and makes decisions about who can stay and what should be built. All of the building of new buildings, and the creation of resources using the facilities that are built, are done by the visitors who stay at your lighthouse mid-exodus. This means that you won’t always have workers who are good at certain work and that you won’t always have the opportunity to build the buildings that you need. This creates scarcity and a shortage of opportunities, something that simply doesn’t happen like this in many games — it’s normally due to a shortage of resources. I can’t think of a game that has boiled it down to something as simple as this, normally games rationalise opportunity to build, or options for building, as choices to choose between when they don’t want to unlock a building infinitely. 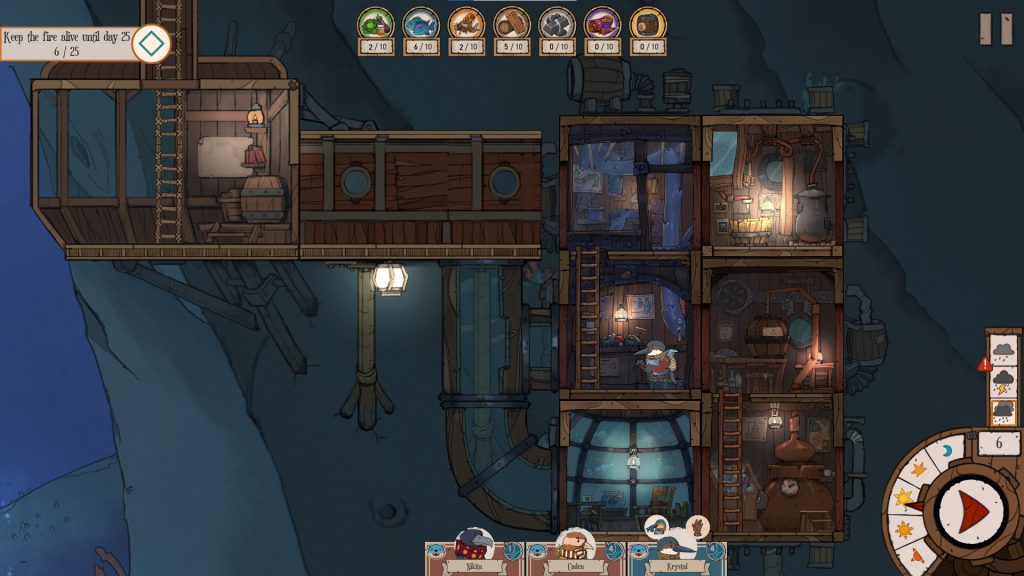 It’s important to balance all of this though because you need to have wood or other fuel in order to keep the fuel aflame (the demo’s main mission was to keep the fire burning for 25 days), as well as resources to build and food to feed your visitors. Each visitor prefers one of the food types, and keeping morale high is understandably important.

When I played through a demo of Diluvian Winds while at WASD 2022, some of the visiting characters not only introduced new mechanics as the tutorial but also tied together each of the different days with hints of a story. One character told me that they could summon more people to arrive later if we prepared appropriately, which worked as an excellent way to learn about how you can’t always accept every traveller into your camp, even if you do create more rooms for them to stay in. Some of them even hinted that they could upgrade the rooms so that they were more resistant to the large waves that came as my time with the demo progressed. 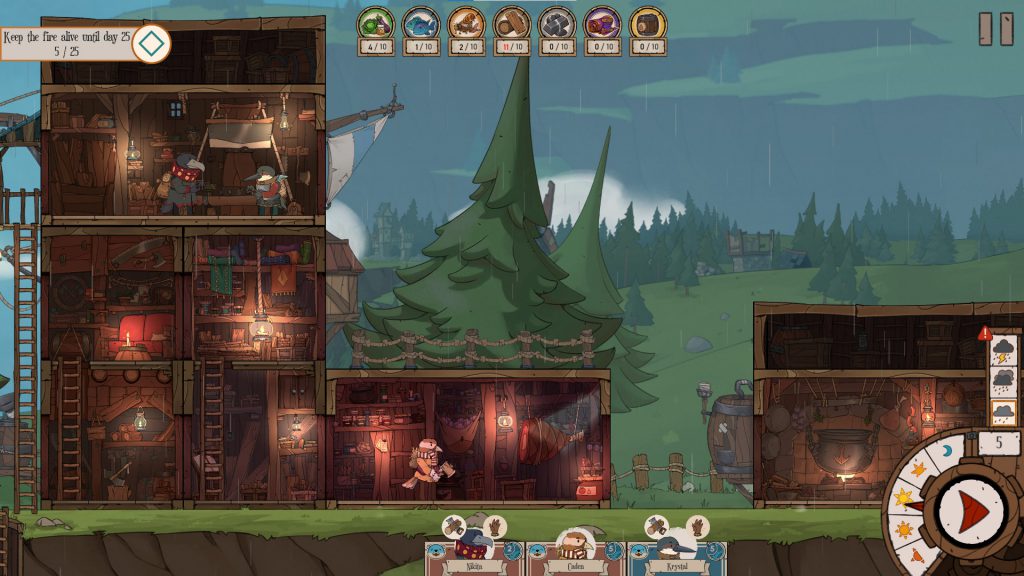 I’m unsure of the end goal of all of this, however, what with the character being set on remaining in place. The Steam Page simply states that there are “Different Survival Paths will be open to the Keeper to adapt his Lighthouse to withstand the flood.” While I originally thought this was simply talking about reinforcing the buildings, it’s clear from some of the images (I’ve put one in this article) that you can build underwater in some manner. I’m not sure if the tides continuing to rise might eventually mean that Lighthouse itself risks being submerged; If so, then gathering wood and growing crops might become more difficult. Either way, I’m very keen to find out and to take on the role of its stubborn lighthouse keeper with its selfless mission of helping others at almost any cost. Diluvian Winds was a standout for me at WASD, and I’m very keen on seeing more of it closer to release.

Diluvian Winds is in development for Windows, Mac & Linux.