It's like FTL and XCOM had violent children in a water-logged world.

In the watery Depth of Extinction, you’re tasked with preventing another apocalypse. Various violent groups want to kill you to cause your failure.

Recently, I was given the fine opportunity to review HOF Studios’ turn-based Depth of Extinction. It’s a strategic RPG that’s both post-apocalypse… then pre-next apocalypse. Your submersed crew is tasked to prevent the latter from happening in the now water-filled world.

Depth of Extinction is a mélange of quite a few games that come to my (limited) mind. In the water/on the map, it’s like FTL, but without the constant enemy pursuit. However, fuel is your adversary, as you must watch it closely lest you run out. I’ve never actually run out of gas but have come scarily close.

In the battle maps, where you spend most of your time, it plays a lot like modern-day XCOM. However, with the graphics, it also is reminiscent of Xenonauts, without the stance changes (squatting). I thought, ‘Surely since it feels so modern-day XCOM-ey, I’ll really enjoy it.’ (I was neither calling anyone an ex-commie nor Shirley).

Different soldiers have varied weapons and skills, along with a wide variety of effective shooting ranges. Like any good RPG, they level up as well. As their stats and abilities increase, so do their weapon choices.

You obtain weapons, and other spoilery-type items, in a couple of different manners in Depth of Extinction. While you’re in the water going from node to node, you’ll occasionally run across a merchant. There you can both buy and sell items at your discretion. You can even buy additional crew members — just make sure you have a crew slot open or else they’ll just be more cargo. Slowly, you’ll be able to add more crew as the locked slots open.

So far, most of the better gear seems to come from defeated enemies during missions — where you will find an occasional locker, as well. Just as you’re leveling up, so are the enemies and the mission difficulties. Obviously, killing bigger, tougher bad guys will net you superior paraphernalia. No, not that kind. Just as you are gaining more bang for your buck, the baddies are, as well — meaning that what, in the beginning, was merely a flesh wound, now hurts you more than getting chopped with a herring.

Unlike the sometimes swinging wildness of XCOM’s to-hit percentages, Depth of Extinction’s are generally spot on. Sure, you can try a shot at thirty-nine percent, but you can almost guarantee a miss. Conversely, you can pretty much count on hitting at ninety or above. It is a game, after all, so the percentages aren’t merely zero nor a hundred exclusively for a reason. Yes, you can still hit at thirty and miss at ninety-five. Pay your bullets, take your chances.

While it is fun cruising through the water from place to place, with a variety of different encounters, unfortunately, the combat maps get very similar extremely quickly. The rooms are in different layouts and the raiders, cultists, androids, etc. do appear in different places. However, each mission has an immense feeling of sameness. Choose which route you’re going to take, what doors you’ll open first — if there are bad guys there, kill them… and move onto the next room. Lather, rinse and repeat.

Having said that, though, the developer is quite aware of the needed changes, has listened to the community and is addressing all of the concerns when ‘Build 48’ releases. If you would like to read his exact thoughts and what he’s working on, you can it read in the Steam announcements.

Depth of Extinction is an extremely good start of a game. It’s turn-based, which I love, and I can’t stop playing until the current mission is over. So already, it’s in that one-more-turn, have-to see-how-this-one-ends layer of strategy gaming. I enjoyed my time playing it and definitely plan to return once ‘Build 48’ drops. I played on Build 47.8.

With a few additions, balances and tweaks, Depth of Extinction will easily go from a good, to a very good game. I can’t wait to see what’s in store. Which reminds me, I actually need to find a store rather quickly, as my fuel’s down to only three! No, you can’t tell by hovering over a destination exactly what’s there. Like every move on the main map, it’s: gamble your fuel, take your chances. 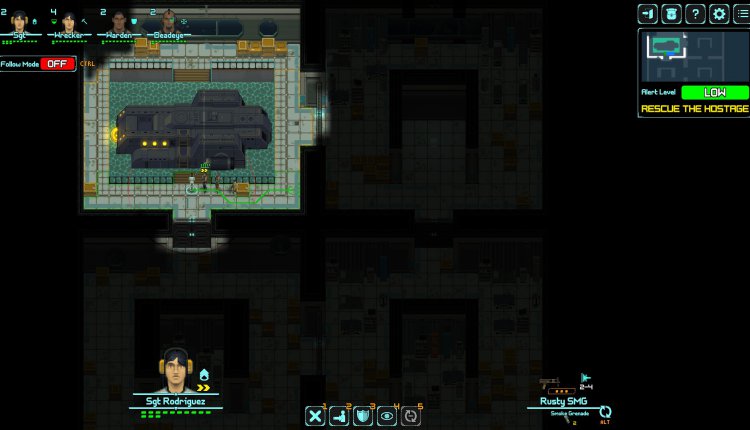 Beginning of a mission. 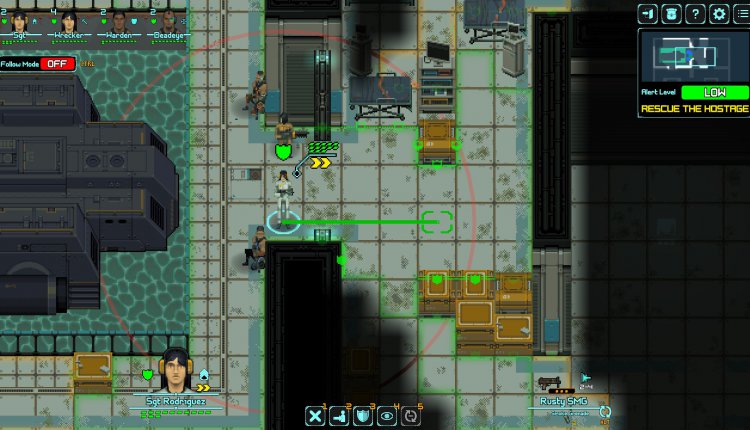 Still has some Fog of War. 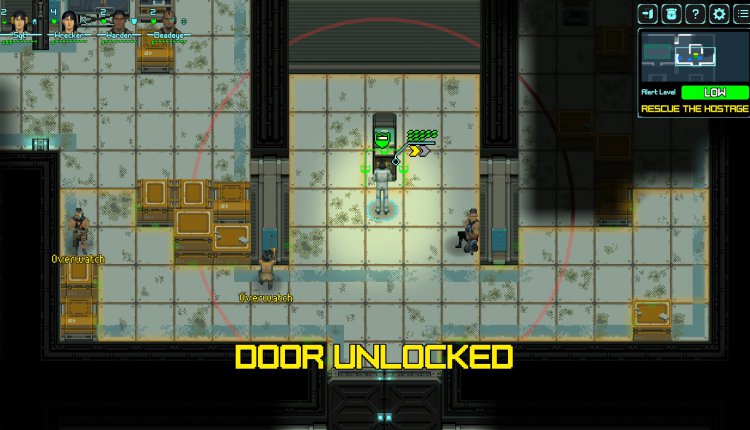 We really needed this. 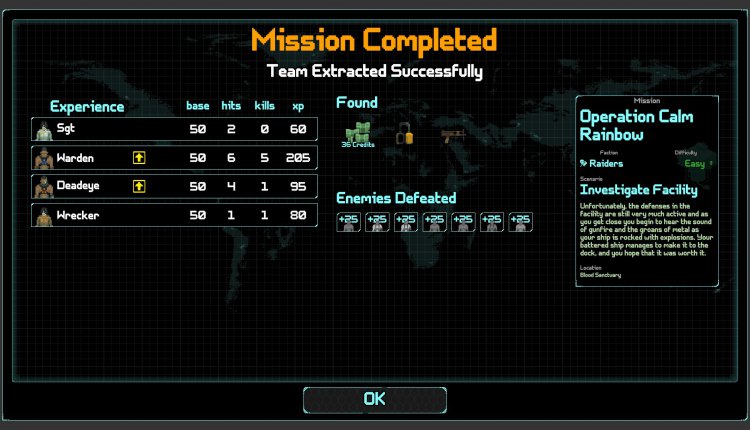 The Spoils of War.

Depth of Extinction is available on PC, Mac and Linux via Steam, GOG and itch.io.

Roadwarden — A Journey of Textual Adventure

Sea Explorer review — There and back again