Sometimes you get to play a game so ostensibly intriguing, so fully singular in it’s identity and style you just have to sit back a bit and go “games really are amazing.” Cosmic Top Secret, a highly personal, autobiographical game where you learn about a daughter’s father and uncover his time as a spy during the Cold War is absolutely one such game. However, it comes with the large, near overbearing caveat that this game… Well, it kind of sucks to play.

Remaining positive, the aesthetics are a bizarre wonder. It’s this papercraft thing in a similar vein to Tearaway, with everything you see having a handcrafted appearance, both in the awkward cutouts of humans to the folded paper landscapes, littered with real objects. It’s arresting, in a sense, and I can easily see it not being the most appealing looking game on a first blush. However, if you give the visuals a chance, they do begin to make sense — this is a game delivered in an epistolary style, with timelines moving around as new information comes to light about the father, and it begins to click into place.

Similarly, the relative knottiness of the story and wider themes are contrasted against the very simple gameplay. Cosmic Top Secret asks a lot of searching questions relating to war and its very human cost, and consistently pins it back to a deeply personal note and in all honesty, the gameplay takes a firm back seat to this. The puzzles are simple, and the collectables are largely easy to find, and you can clear the entire game in an afternoon at a push. It won’t win any awards here, and if you aren’t taken in by the narrative it’s an easy game to bounce off of. 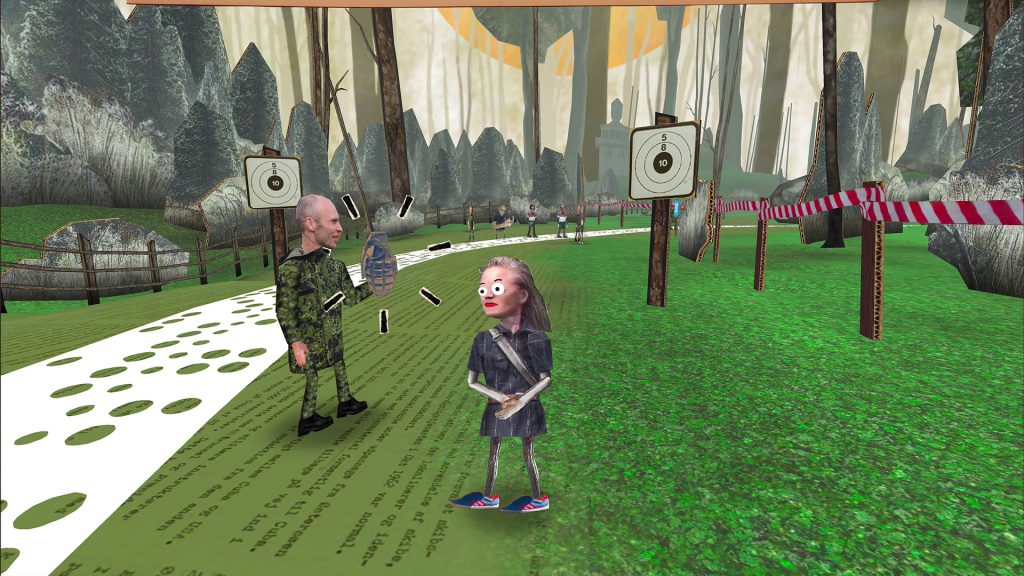 It all comes back to that epistolary nature — finding out the truth behind the main character (and developer)’s parents is extremely fascinating, and is one of those beautiful examples of how the act of play can enhance narratives. By bringing the player into its folds, you truly feel as if you are helping not only a woman grapple with how war affected not only her society but also her family, but seeing it on a deeply empathetic scale. You put this information together by yourself, and the revelations therein are just that much more impactful. 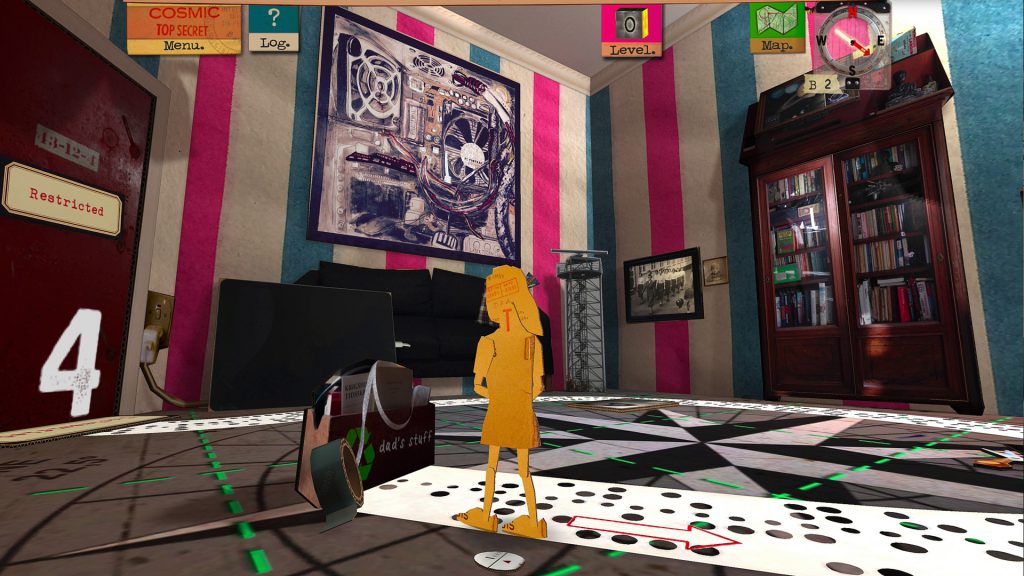 But you do have to play it. Cosmic Top Secret’s gamefeel, and general controls, are kind of a struggle. Everything is finicky and awkward, with basic navigation of the wide levels being a uniquely challenging experience. It doesn’t quite manage to dampen the beauty and intelligence of its narrative, but it damn near sinks the whole experience. It’s only really upon reflection that the strengths of this game reveal themselves, as you sit with the genuinely educational experience and empathetic exercise. It’s a hard game to recommend, but it’s an easy one to say “you know what, give it a try.” You never know what you might uncover. 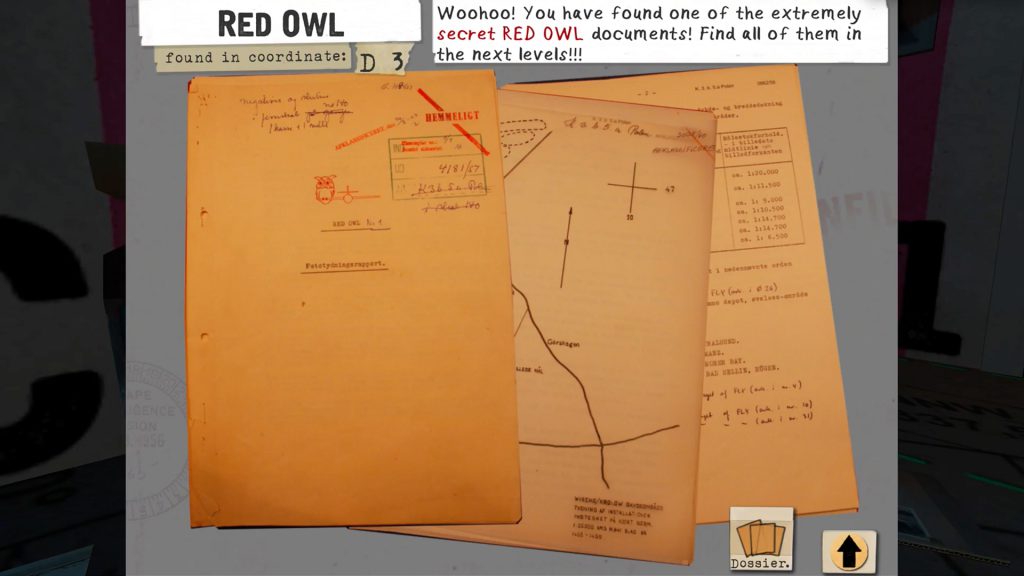 Broken Mind – Do you mind how broken it is?

Janitor Bleeds – They should probably see a doctor about that