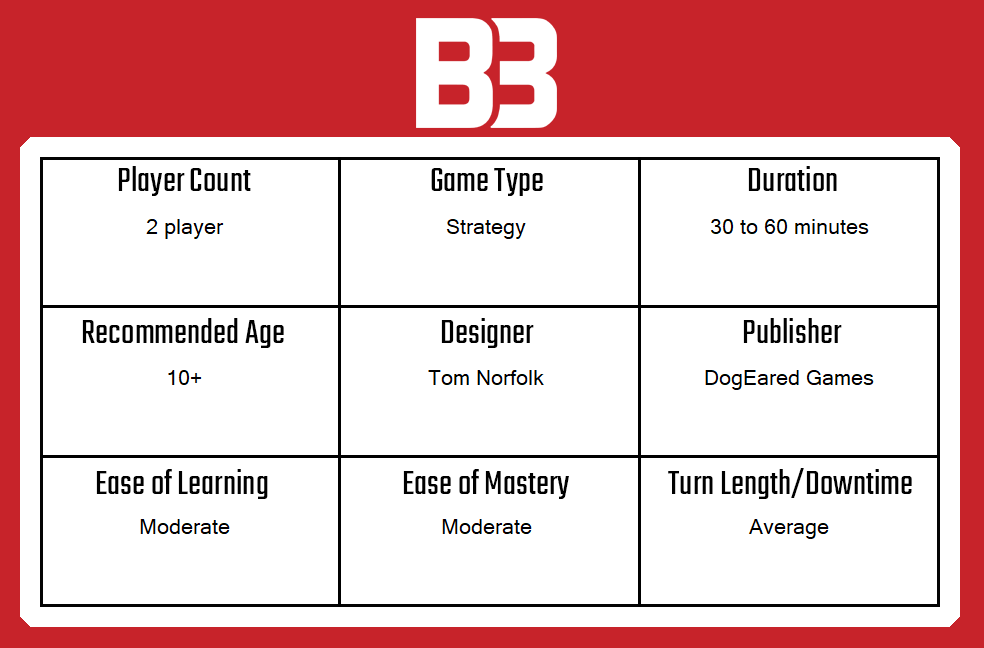 Chess is a board game as old as time. Everyone and their parents — and their grandparents — have played chess at least once in their lives. This game, Colour Chess + Lure, is more than just basic chess.

The box contains two standalone games based upon ordinary chess. I was able to play basic Color Chess (without the lure aspect of the game) at Norwich Gaming Festival 2018. Since I didn’t play the + Lure edition, I’m just going to refer to Colour Chess from now on and talk about the aspects of the game I did get to play. 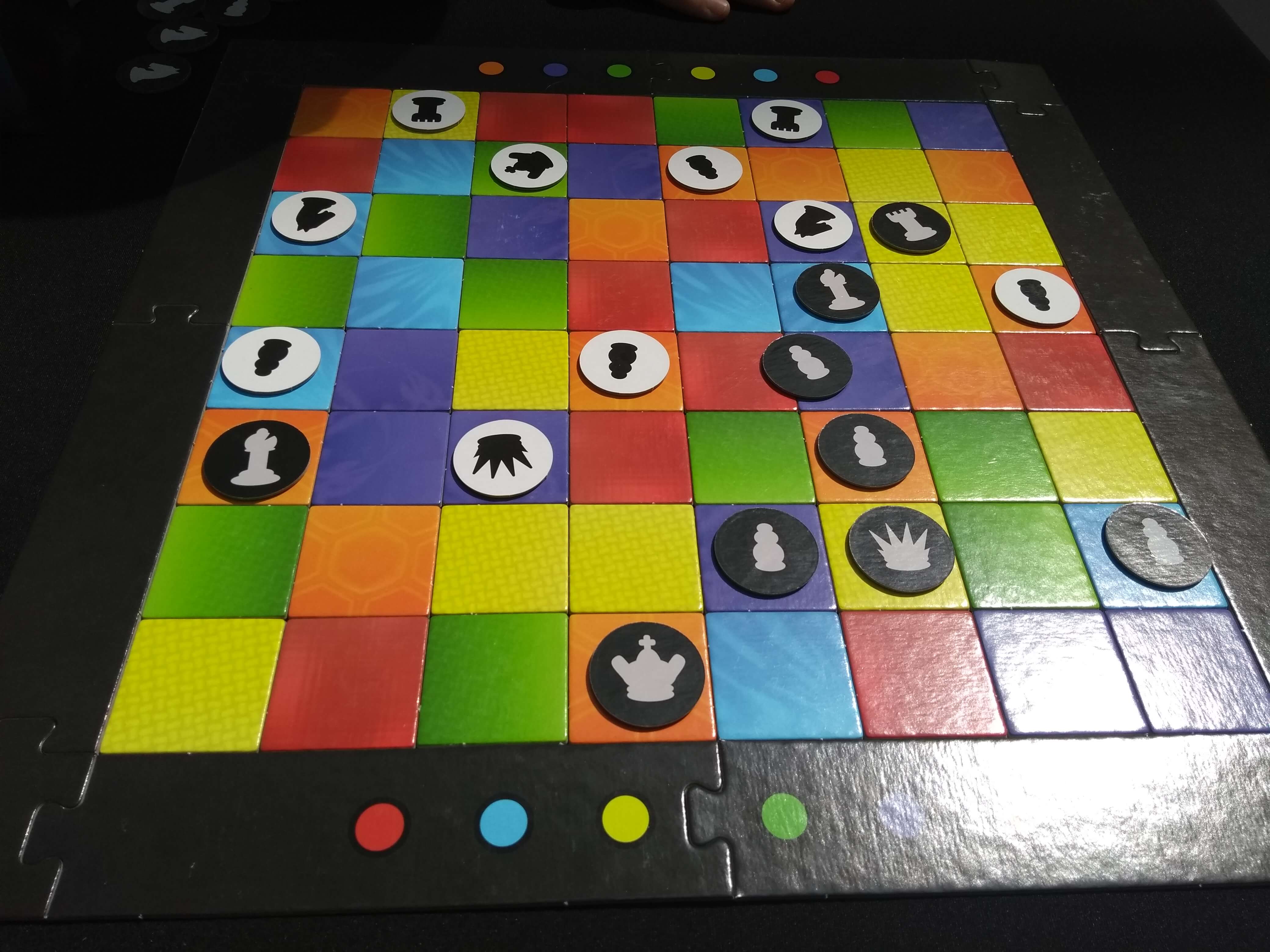 Color Chess takes the game chess and adds a colored board to it. You can create this yourself — picking or randomising where the colored tiles go. Each colored tile is its own individual square. The outer frame of the game can even be adjusted and changed in size based on how you want to play. I ended up playing it at the normal chess-board size, with the colored tiles placed at random across the board.

The chess pieces themselves are cardboard disks, which are all you really need for the game. If you do play the + Lure version, the pieces are similar, but instead of being based on chess, they contain swords, spiders and shields. The colorful tiles also have a reverse side, which comprise the game floor for the Lure mode.

Color Chess + Lure provides fantastic value for money, as the box includes several unique chess games to play, each with their own challenges!

From setting up a randomly colorful board, I was able to play a normal game of chess with its rules twisted based on the colors of its tiles. 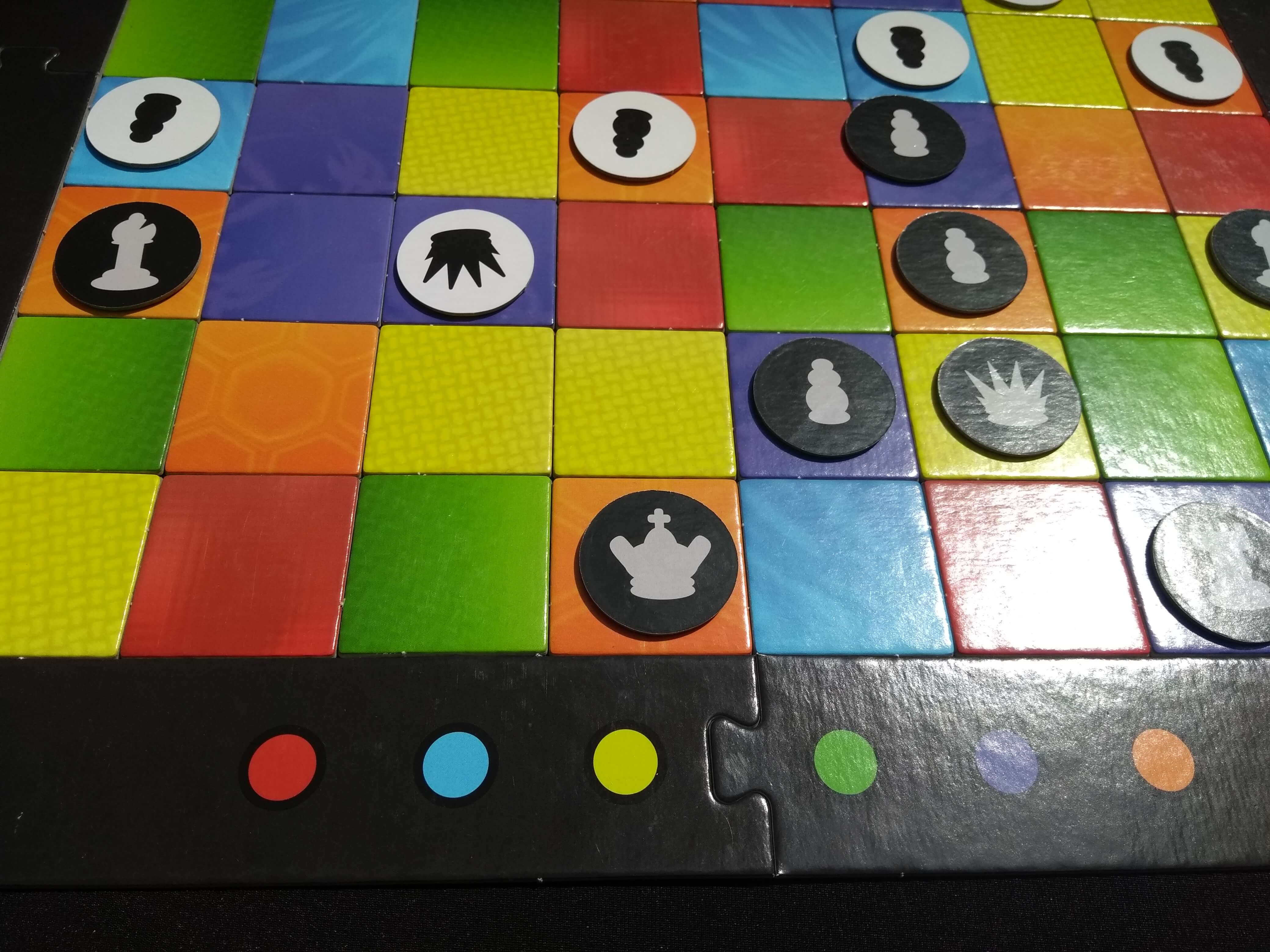 All of the chess pieces move as you would expect them to, however the ground they move onto matters greatly. Whoever ends up going first can move any piece onto any tile. The player who goes second then has to move one of their pieces onto the same color tiles as their opponent. They can then move a second piece onto any tile of any color on the board, with the exception of the one used in their previous move.

If you cannot move one of your pieces onto the current color, you lose that part of your turn, instead only being able to define the next color. This level of thinking and strategy adds a huge dose of challenge and planning into the average chess game. You can quickly start manipulating your opponent — vastly limiting their moves — all based on the color of your choice. 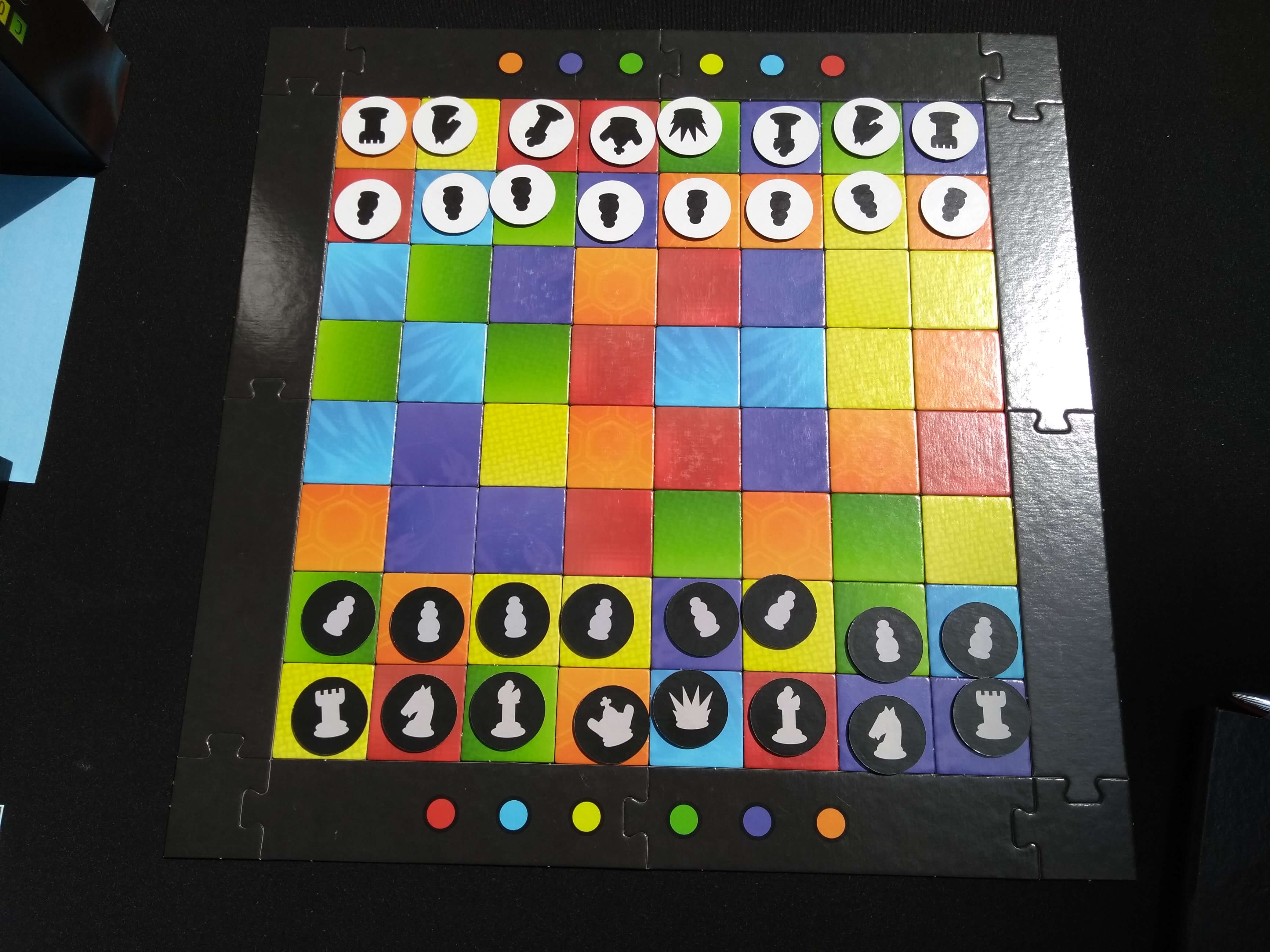 Now, I have never been a fan of normal chess. I find the game somewhat boring — piece movement isn’t enough to excite me. Color Chess, however, breathes new life into this classic game. It is easy to set up and start playing and provides much more of a challenge than normal chess. In checking out all of the various other chess-based games inside the box, I wish I was able to give it more time, trying out each of the different games.

At just £28.00, Colour Chess + Lore is a bargain and a must-add to your collection if you look for twists on classics. You can pick up your own copy straight on the developer’s website here.

Swords of Calengal hands on — Darkness in a cheery land