I can’t imagine anyone reading the back of the Captain Sonar box, feeling the weight of what it contains and then thinking “sorry, I don’t fancy that.” Simply put, the prospect of a team-based, competitive submarine simulation that can be played in real time or as a traditional turn-based game whilst supporting upwards of ten players sounds fantastic, but as with everything that sounds too good to be true, can Captain Sonar stand up to scrutiny?

The game itself consists of a relatively simple set of components, all of which are produced to a very high standard. There are a couple of robust cardboard screens that are used to separate the two teams who sit across the table from each other, for starters. These screens are used to prevent each team from seeing the four stations that represent the navigation, systems readiness and engineering status tracking mats that their enemy will be using. 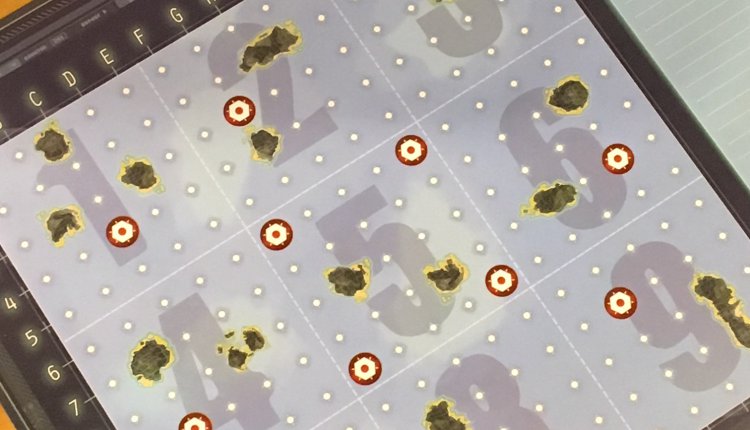 Aside from those mats (of which there is one each for the Engineer and the First Mate, then a selection of matching ones for The Captain and Radio Operator on each side) the only components are the rulebook and eight dry wipe pens. Strictly speaking, eight players is the limit for Captain Sonar (with every player occupying one role) but in reality, the game can support many more if properly organised into small groups. At the opposite end of the spectrum, Captain Sonar can be played with only two or three players, but in such circumstances, only the turn based mode is viable.

Of the four roles, The Captain is (unsurprisingly) in charge and it is she that will lead the crew and deliver orders loudly and clearly (so that the opposing submarines Radio Operator can hear them.) The Radio Operator listens closely to the commands she overhears and marks them onto a clear sheet of plastic, which is laid on top of the scenario map and can be moved around in order to locate the enemy. The First Mate charges various systems within the submarine including mines and torpedoes, providing The Captain and The Engineer (who occupies herself by keeping the submarine in order) with relevant updates. 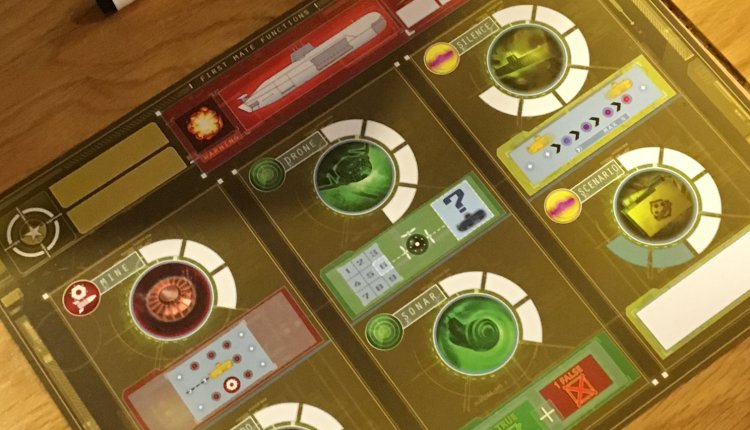 Whilst the First Mate is perhaps the simplest of these jobs, each of them is equally important and the submarine cannot operate without a degree of harmony. The Captain issues commands like “West” or “North” and marks the move on her map, but before a further movement can be issued, the First Mate charges a system, then The Engineer marks damage to one of the systems in the section of her board associated with that direction. Meanwhile, the Radio Operator listens. Once all the housekeeping is complete, the next order can be given and so Captain Sonar goes on.

It’s never that simple though, because even simple movement quickly damages the submarine, which leads to The Engineer attempting to suggest movements to The Captain via The First Mate who is, of course, attempting to charge systems in a relevant manner. All of this becomes irrelevant anyway, as soon as The Radio Operator becomes even remotely certain about where the enemy submarine is. At that point, The Captain may or may not decide at this point to use a charged system, which forces everyone in the game to stop for a moment. 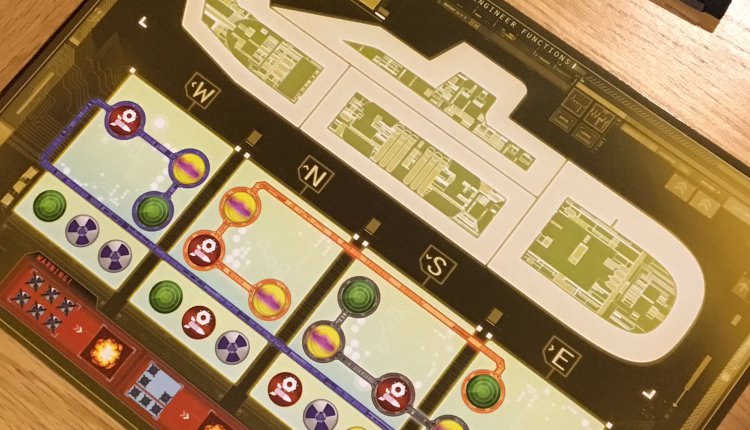 Systems can include firing a torpedo at a designated location, at which point the opposing Captain declares it a hit, a miss or a partial hit. Mines can be placed in undeclared locations to be detonated later, whilst other systems like drones can be deployed to force the opposing team to provide (slightly) helpful information about their location based on giving a single truth and a single lie about it. Each sub can take four damage before it is sunk, although it is uncommon for all of that damage to come from hits when playing with “normal” people — at least some is usually the product of sub mismanagement.

I imagine that you’re thinking by now that Captain Sonar sounds pretty cool, right? Well, that’s because it is. For me, it sits directly in the sweet spot between a casual experience that can be enjoyed by anyone and a very hardcore, serious game with expert level connotations. Personally, I can play it at a competent level, but I’m more than happy to let minor failings among my crew pass – I’ll even have a laugh about them because having fun is the reason I play games. 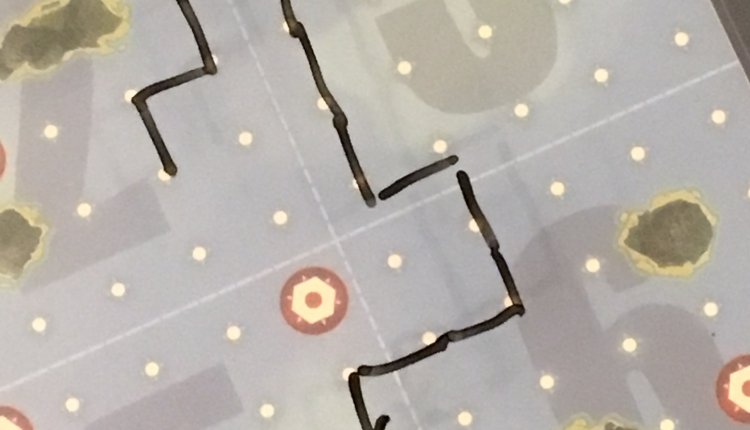 I have no doubt however that at a more competitive level, players of Captain Sonar will probably operate in a completely different league to me — without as much as a wasted breath or a single substandard order. And that’s great — as long as never the two different groups of players shall meet. During the process of writing this review, I tested Captain Sonar with friends who barely play games at all in a group of four and also with a large group of seasoned, competitive gamers.

In both cases, everyone had a great time, and whilst the concept of a real-time game certainly comes with certain challenges (it can be a bit daunting) the simplicity of the First Mate role means that experienced or more competent players can usually tackle the more challenging roles whilst still allowing a new player to experience the game. I haven’t played another real-time game before (Space Alert is often mentioned alongside Captain Sonar) but I don’t feel like I need to try another one to know that I enjoyed my time with Matagot’s excellent submarine simulator. As a result, Captain Sonar is highly recommended by me. 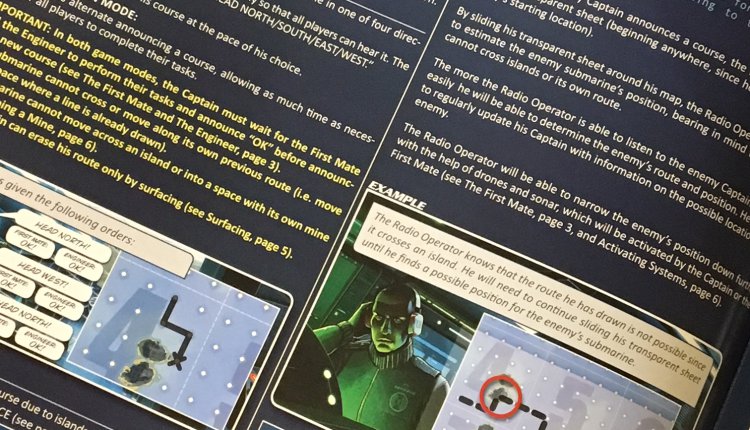 A copy of Captain Sonar was provided for review purposes and can be purchased from all good local games stores. For online purchases, please visit 365 Games