When I think of iconic modern board games, Blood Rage occupies the top spot in terms of the genre that is affectionately known as “Ameritrash”. This area control game from legendary designer Eric M. Lang and big-budget publisher CMON is well-loved by fans, but given that it’s now five years old, why is it only now being translated into a digital format?

As I said in my review of the original tabletop game, Blood Rage is a pretty confrontational game that tasks up to four players (in the base game) with conquering Midgard in the time of Ragnarok. This is represented by the world being destroyed one province at a time over three rounds, forcing the players to compete for a smaller number of spaces even as their armies and capabilities swell. 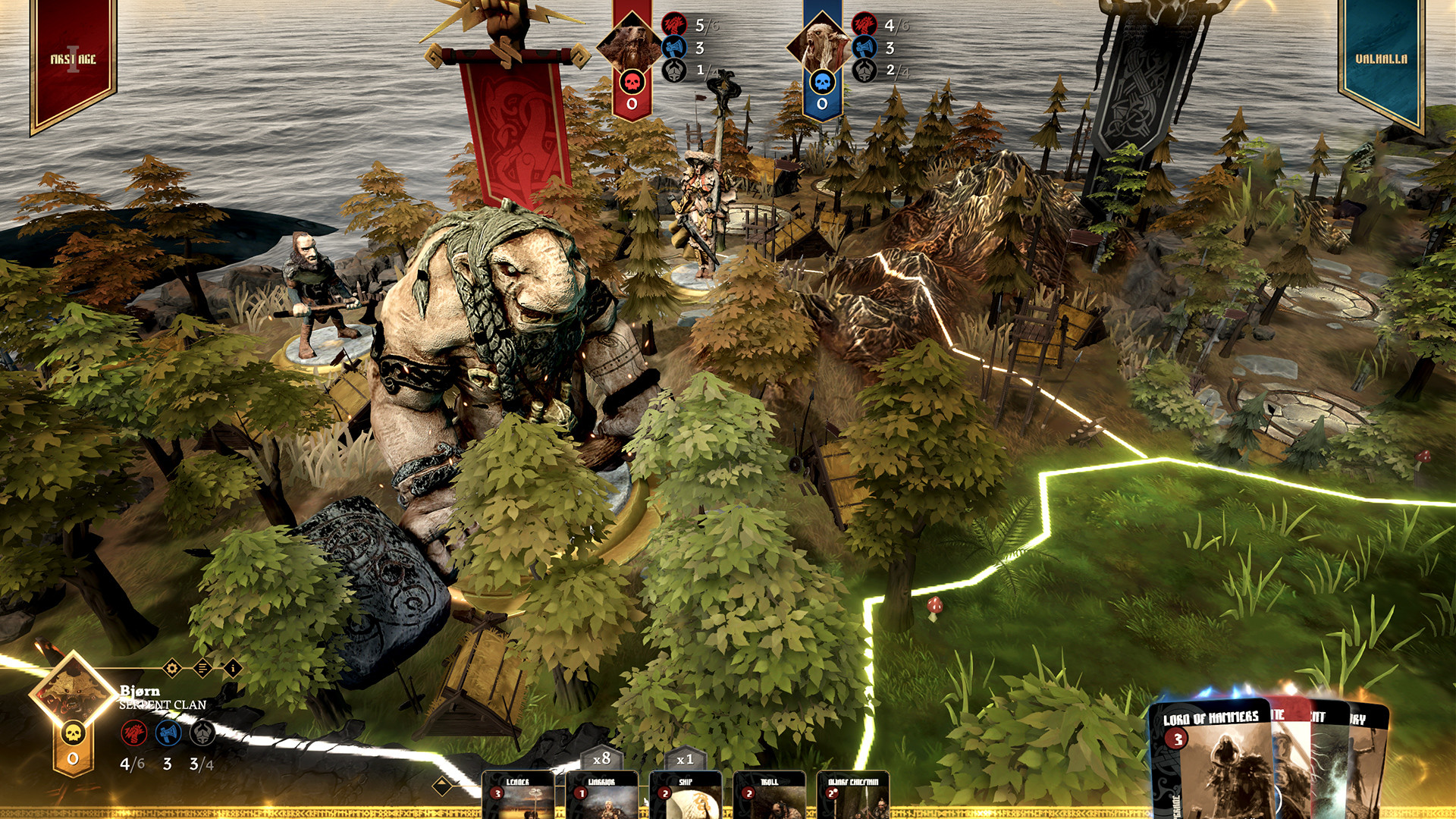 In its physical form, Blood Rage is a sizable imposition both in terms of setup and time to teach, since it includes a number of advanced gaming mechanics. Each Age begins with a draft, for example, which is where players begin with a hand of cards, take one, then pass the rest. Knowing how to draft is one thing but understanding which cards to take to best suit a particular strategy is something else entirely.

This is also true of other aspects of gameplay. Combat is largely determined by the size of the force you field versus that of your opponent, but cards have a big influence over the outcome, as do the monsters that players might summon, or the way they position their fleet. Even when everything is understood by all players, Blood Rage is still a big game to set up and tear down. 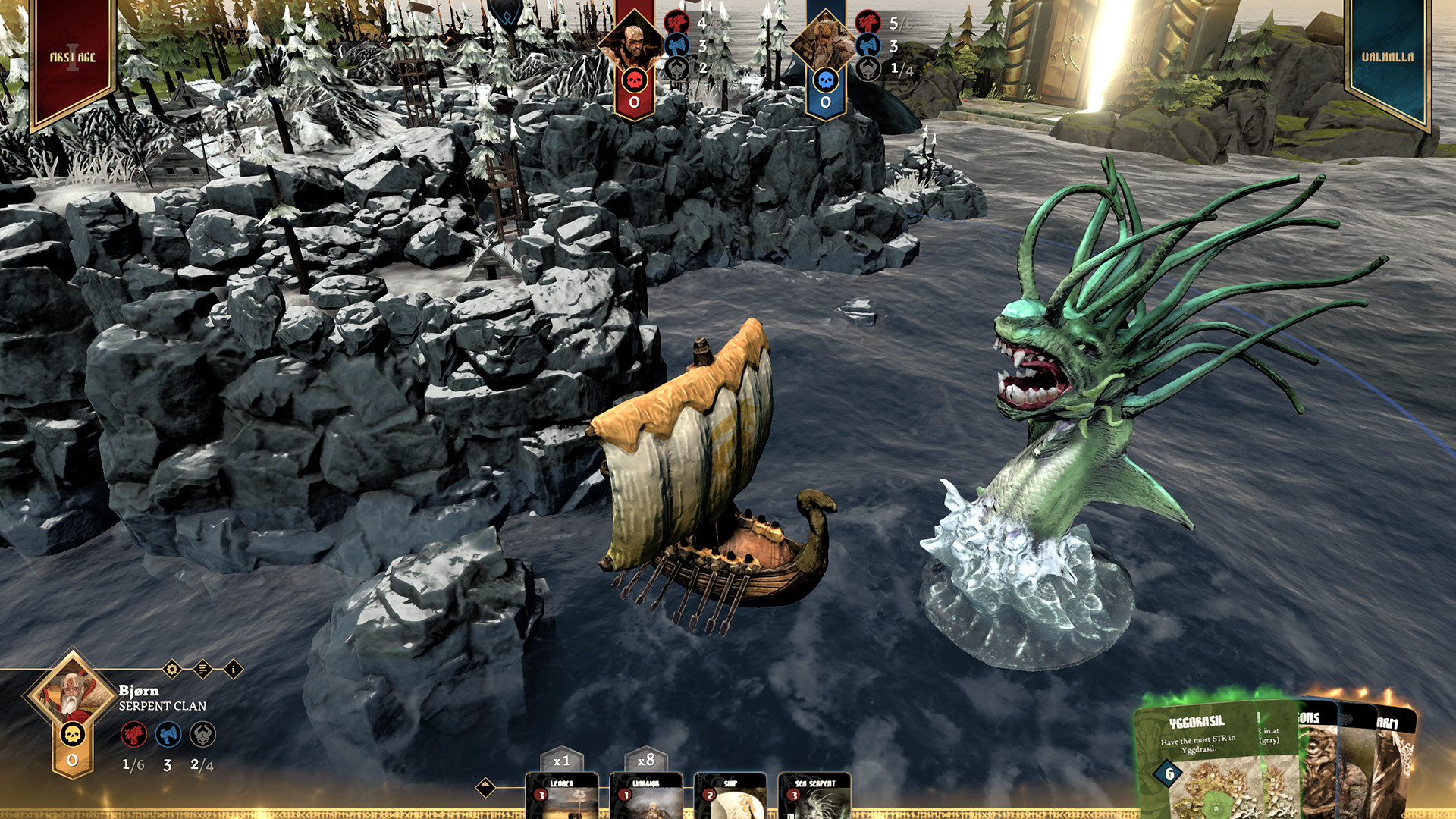 And so I suppose it is that the digital edition came around. Not only does this version offer both a decent tutorial and a variety of ways to play solo with different player counts and difficulty levels, but there is also a fully-featured multiplayer mode. I suspect it is the latter where most hardcore Blood Rage will spend their time, though given the price of the digital edition compared to the physical copy, starting here and learning the game is not bad — and if you don’t enjoy it, you’ve not lost much capital.

The multiplayer mode in Blood Rage is really where I learned that I was nowhere near as good at the game as I thought I was. Many players here are highly experienced and clearly know how to go hard into particular strategies. I’ve lost a lot of times as a result, but goodness me, do I feel ready to play just about anyone down at my local games club now. 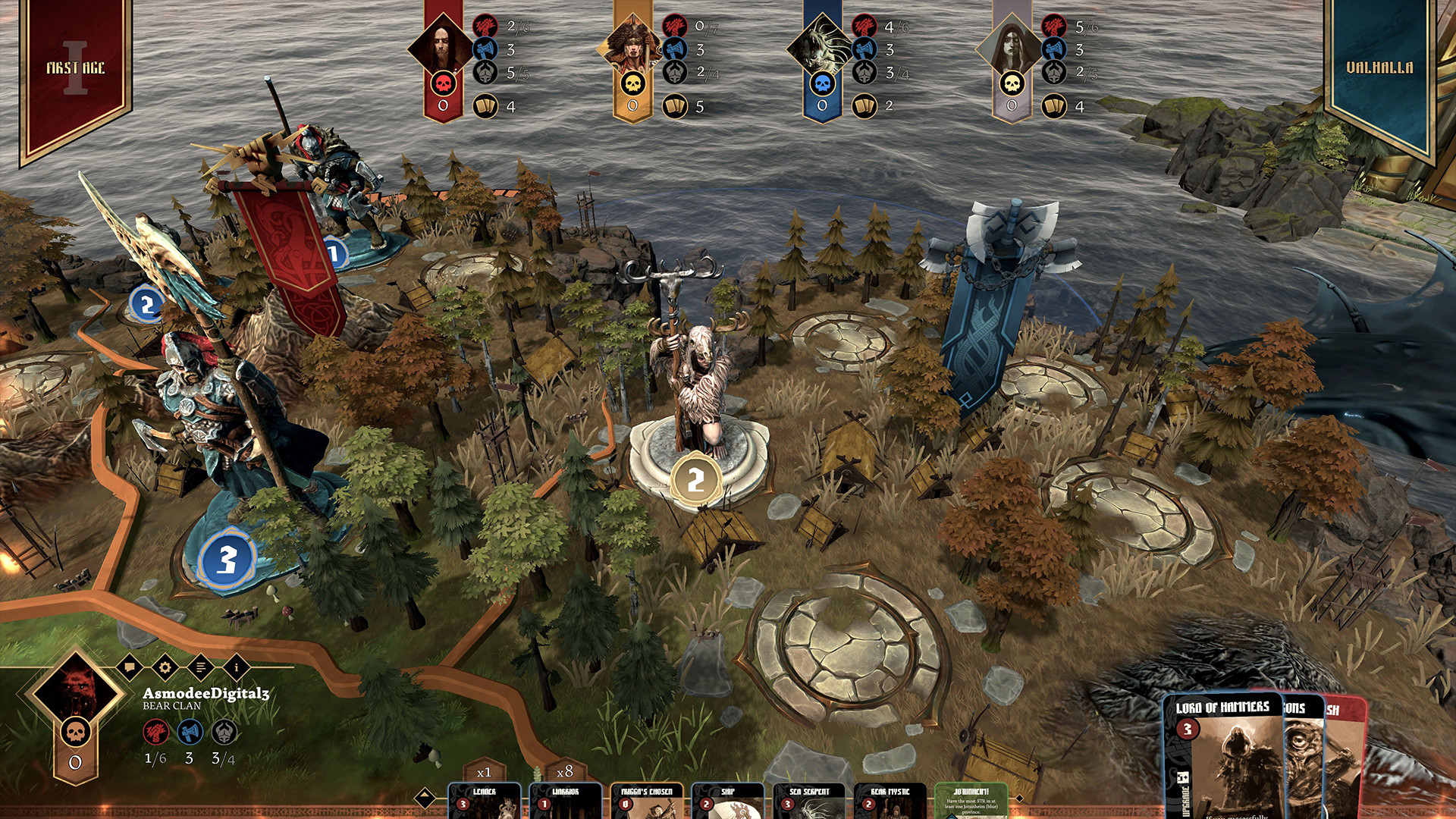 Having said all that I think I want to say about the game of Blood Rage itself in my original review, I think the only thing I would want to add to that is how this addition strategic depth — revealed only by playing repeatedly against better opposition — has shown me that the game is even better than I originally gave it credit for. Blood Rage is superbly balanced, and whilst there’s almost no “wrong” way to play, there are several “right” ways that really seem to give a player perhaps a 10-20% advantage — and I loved discovering these.

Blood Rage in digital form is every bit as good as the tabletop version then, and even though I felt it was slightly less satisfying to play at pace and without big plastic monsters to move around a table, it offered me so much more in terms of strategic play. Any downside to the lack of physical presence is made up for by the mirror effect of rapid setup, getting straight into back-to-back games and almost always having solid opposition to play with.

Blood Rage can be found on PC.