Betrayal at House on the Hill is a haunting adventure game

At the start of the game, each player will select a character to play as. These characters actually have two sides to their card, which each have different stats and different descriptions. The characters have ages, likes, dislikes, and (in the instruction book) there are backstories on each one, which is quite lovely if you like the story element to games you play! 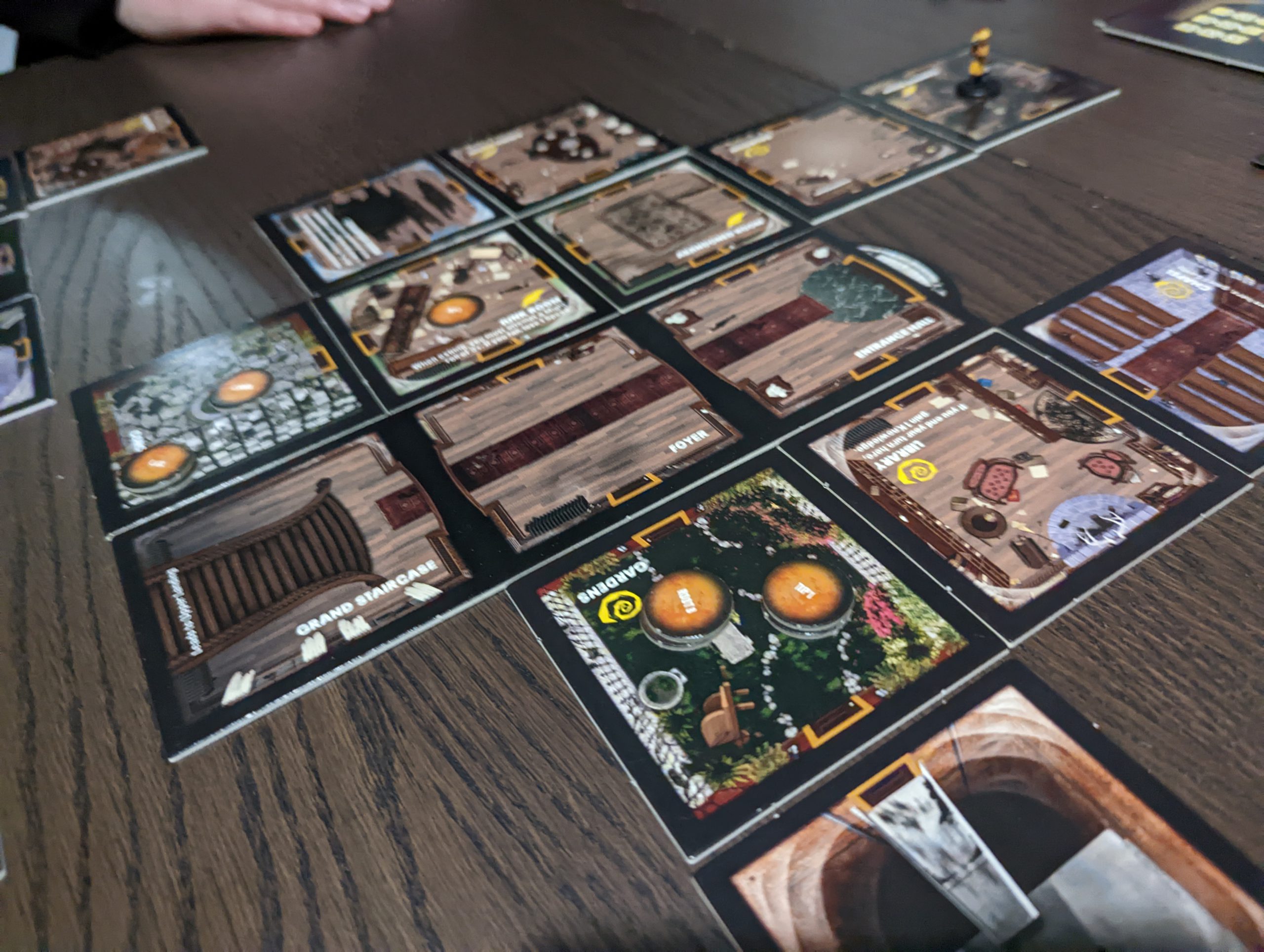 The individual characters have four main, tracked stats on them, which have to do with their sanity, strength, how far they can move and other abilities as they move around the haunted house. The game itself starts with a small area to move around, but on your turn you can actually build more of the house, through moving to a new area through a door. You must then draw from the tile pile until you find a tile that is meant for the floor of the house you are on, then place that down.

At the start of Betrayal at House on the Hill most of the things that players will be doing include revealing new rooms. You can actually build more than one room, as long as you have enough steps to move forward to new areas and your room doesn’t have a card listed on it to draw. 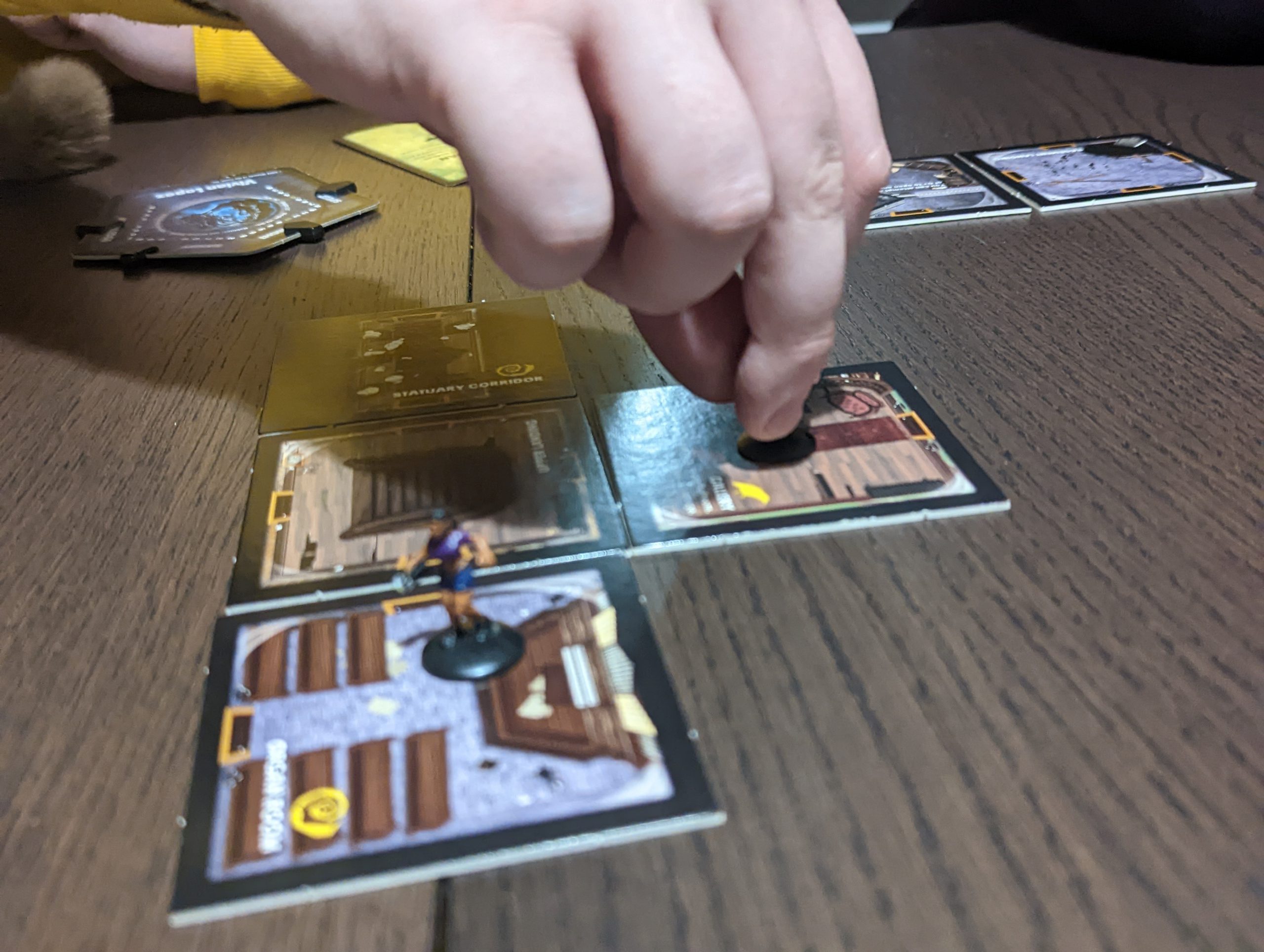 Cards can come in a few varieties; item cards are just items you collect, for example. Omen Cards, however, can slowly make you and your friends go insane, causing different issues within this haunted house and eventually turning someone into the bad guy. That’s actually what everyone is waiting for; someone to go insane so that they then transition to phase two of the game, but we will get to that in a moment.

There is also a lot of dice rolling on Betrayal at House on the Hill — at the end of each round you need to roll dice and get higher than the amount of Omen Cards that there are out in play, or else you might just become the baddie. You also often need to roll based on your abilities to get out of event card situations that crop up from time to time. You might also need to find your way to specific rooms or work on getting to people to help you. At one point, my flashlight broke, so I could only move one tile at a time, and needed to get to another player to get new batteries. 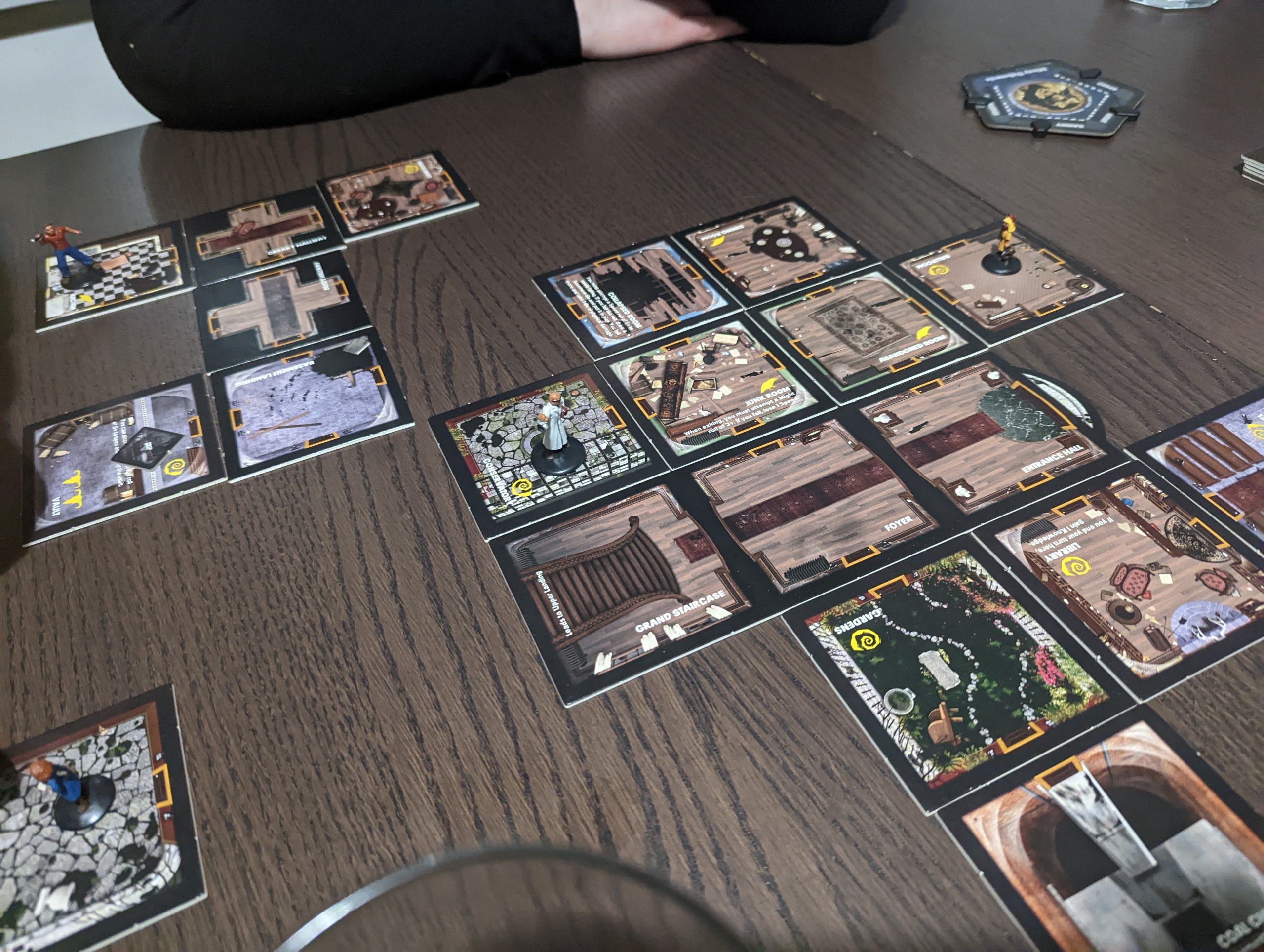 Once someone does become the bad guy in the game, they will then need to go off and read a portion of the rules to figure out what they have to do to win the game. The rest of the team will need to read the story around how this bad thing happened, and how they must work together to defeat them. In our case, I was on the good guy team, and we needed to get a specific object (an axe) and then go to a specific room (observatory) in order to defeat the monster. Both the axe and the room were not in play yet, so there is a big gamble of luck when it comes to actually defeating the monster.

Dann, on the other hand, was the monster, who could now take turns differently. His character was dead and gone, but instead he controlled a bunch of other tokens and units. Once everyone else has gone, he could then use his tentacles to hurt people, and move them from room to room. He had several of these to move at once, very quickly destroying our team, especially as we were not anywhere close in getting what we needed to defeat him. 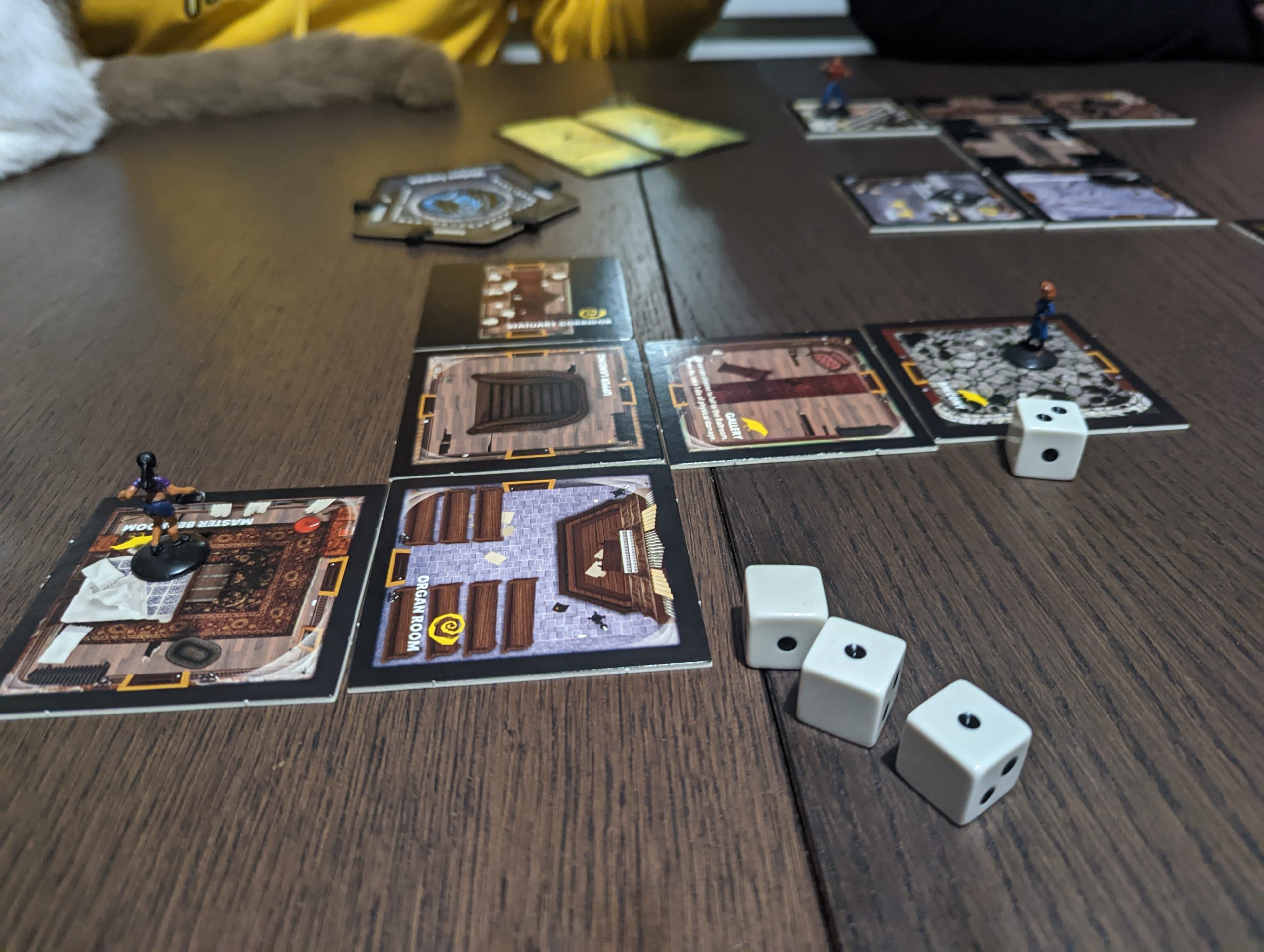 Betrayal at House on the Hill is a longer, adventure game that is so much fun to play and watch evolve. Everyone working together at the start makes for really interesting gameplay when someone becomes the monster, especially based on how lucky you are when that happens!

You can find Betrayal at House on the Hill on Amazon.