Before We Leave is a peaceful, calming colony-building experience

Long after society as we know it has ended, people start to appear from the world below. Unexpectedly it’s been really unremarkable down there, and nature has done a great job of healing. Before We Leave is a city/colony building game that deliberately takes a passive, peaceful approach to the genre.

History is full of civilizations that have assimilated other cultures or built on the ruins of those who come before. In fact, humans are notoriously good at it; it took years for historians to pick apart the history of Media, Sumeria and Assyria, and just look at what’s been learned about the Etruscan influence on Rome in recent years. Before We Leave is about a new civilisation built out of the ruins of our own, creating a familiar architecture and an interesting tech tree.

It all takes place on an Earth-type planet divided up into hexes; something that’s normally found in 4X and wargaming titles. It’s a continental world, with you starting on the most classic, grassy and verdant one. The bunker creaks open and lets out some of the humans from within — presumably from some form of stasis — and the little wooden ‘peeps’ (they look like the little wooden people from train sets) go about their business as per your constructions.

Before We Leave‘s buildings are actually quite large, and they need to be connected up to a road, its peeps have to travel along these roads and — later — they can grow tired while plodding through certain environments. As such you’ll need to be smart when placing down buildings and the massive, tile-consuming roads.

The inclusion of roads as arterial structures is probably going to be one of the most divisive elements of the game. The paths are a great way to force people to visualise efficiency and to encourage them to think carefully about space, however, Before We Leave includes a (recommended) optional, objective-driven guide. This guide does a great job of walking you through the entire game, if you like, and introduces the entire tech tree and pretty much every game mechanic in a cool, collected and palatable way. 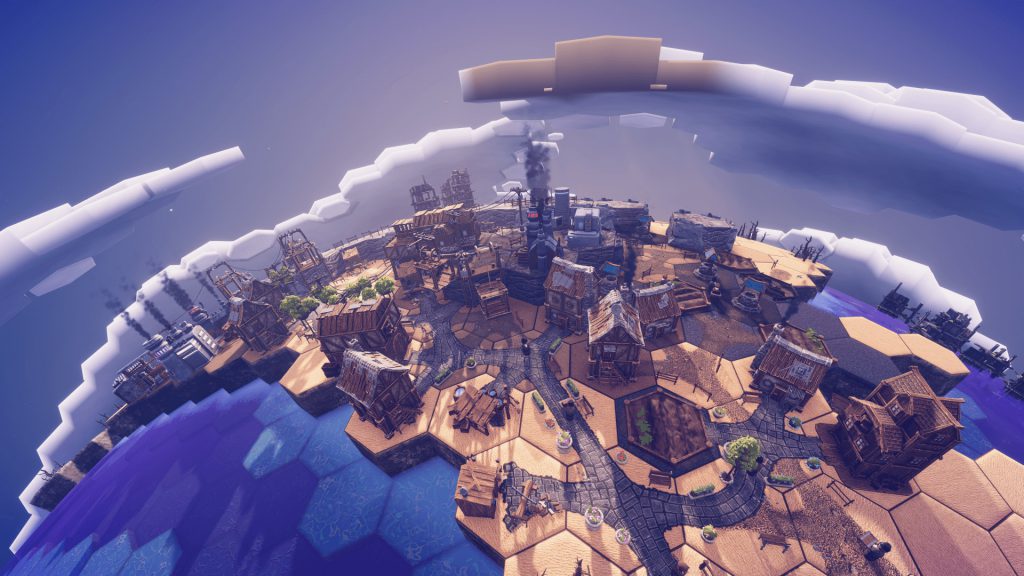 Normally, with those genres I mentioned earlier, heavy tutorialisation is normally unwelcome… but the thing is, Before We Leave is entirely free of violence, in fact, it’s positively calming. Once I’d shaken off the concern that I was about to be jumped by barbarians, or was going to find another faction on the next continent, it started feeling positively soothing. Watching the little characters bobble along to work, watching the ships moving goods between continents and watching the pieces of the world appear to form a surface — everything looked great. I especially enjoyed the building designs, and how they existed a step away from those of historical periods, with futuristic twists.

I do think that colony management titles like this are perhaps spending a little bit too much time focusing on the personification of the in-game characters. In games like Banished, or Timberborn — as here — each character has a name, which is a great way of seeing why or who is unhappy, but in those games, your population keeps growing and so the names keep changing, in those games a drought can kill them all, so between any given twenty minutes the gain from learning those names and growing to relate to a character goes down to nil. Perhaps this is a side effect of the place that the colony sim genre lives, at one end of the spectrum you have games like Rimworld which are almost party-based cRPGs and at the other, you have massive populations. 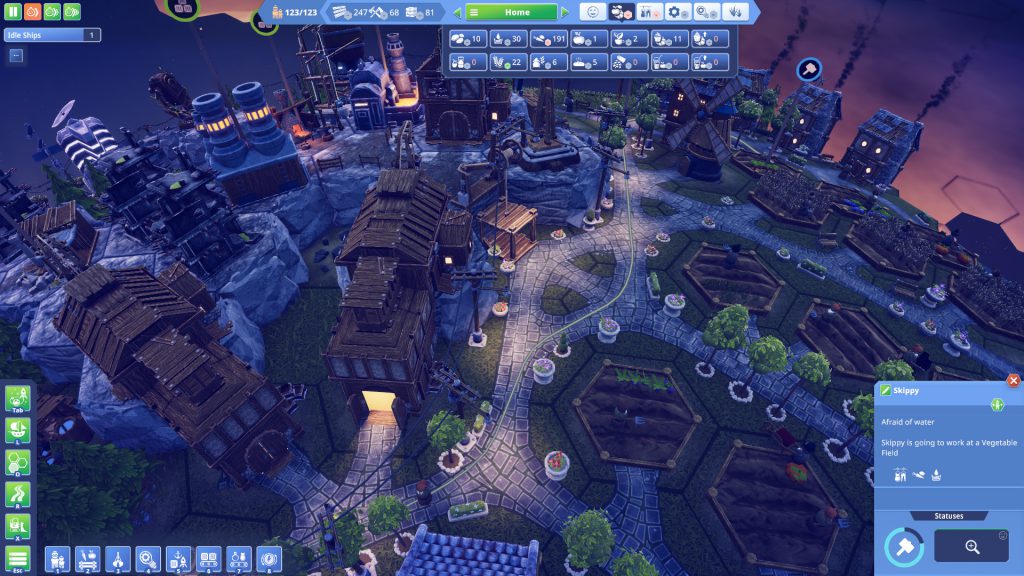 Now, unlike the above games, your Peeps simply don’t die. This does mean that there is a chance that you will be able to keep an eye on them, however, it would be quite an effort to consciously keep moving your peeps from continent to continent as you stretch across and beyond the boundaries of the planet.

Before We Leave isn’t driven by population balancing, or even really resource storage, but instead through happiness and the relics of those who came before; Explorers set out and gather relics which are then used to research new technologies. Technology is what lets you creep across the planet, and beyond, and technologies like making suitable clothes for your workers, allows your general productivity to increase. Happiness, which is improved through great living conditions, varied food and natural sites rather than polluted ones, directly affects the working speed of your peeps and can slow down your grandiose construction plans. 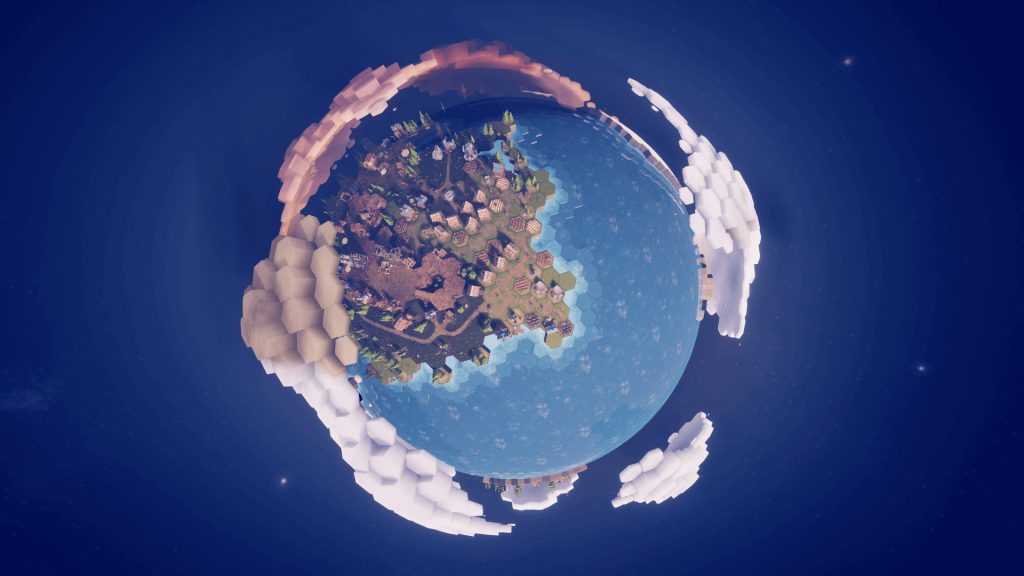 When it comes to talking about city-building games there’s something that’s often discussed, and that’s the user interface. Because Before We Leave doesn’t really have a fail state it can afford to be a bit sloppier than other games, but I did find — while playing on Xbox — that the controls were a bit awkward at times, although nothing that slamming the cancel button a few times couldn’t undo. It’s the smallest of critiques against a beautiful, calming game that is incredibly fun to lose yourself in.

Before We Leave is available on PC, Mac and Xbox.