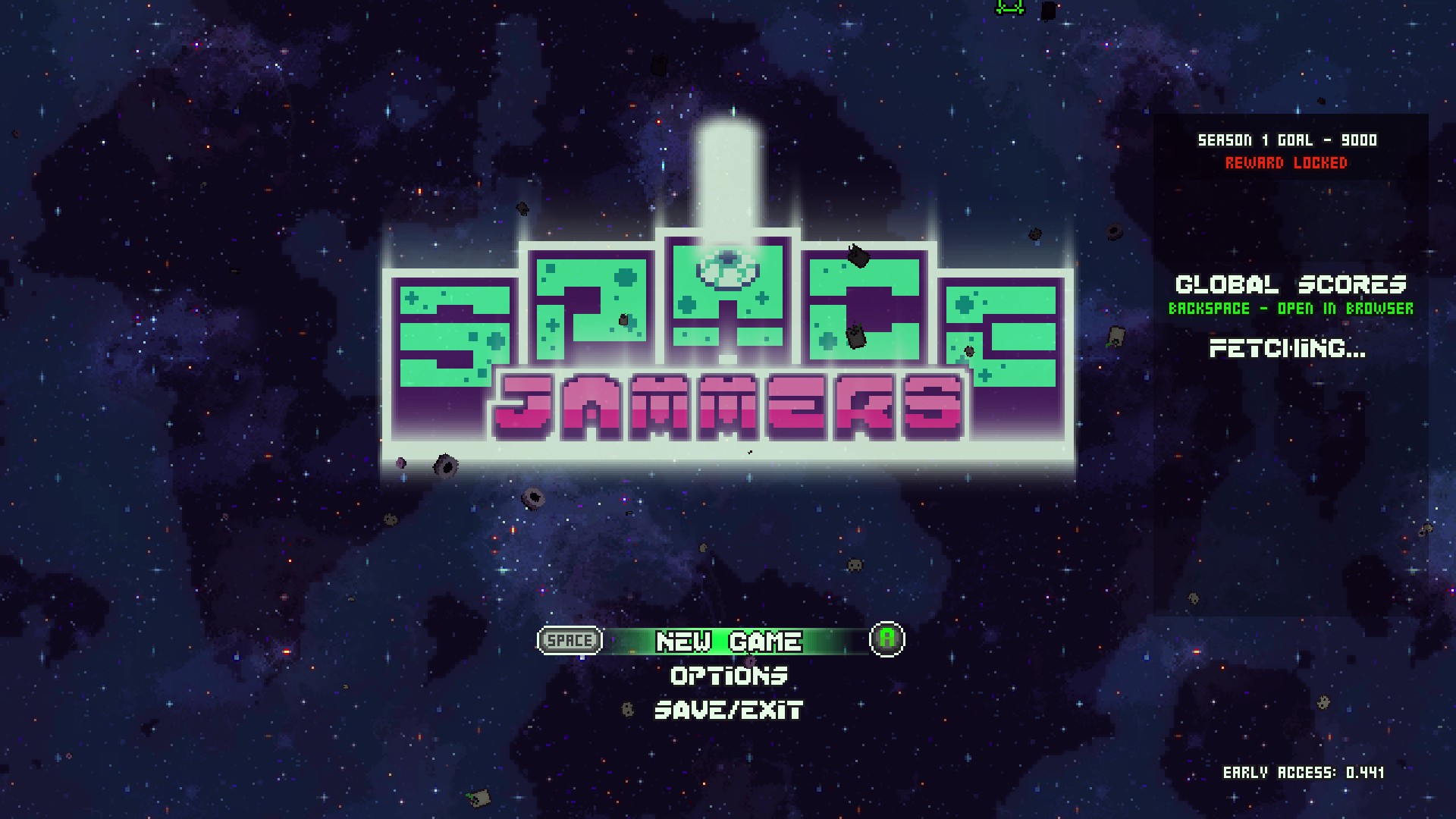 Dimensions are the game’s term for “level” and so far there are only 3 different dimensions, which my eldest Son and myself managed to get through in about 3 hours or so with plenty of breaks, and whilst later on the title turns into a bit of a bullet hell game, it’s damn fun; especially in co-op where you get to revive each other and decide who gets what kind of weapon. 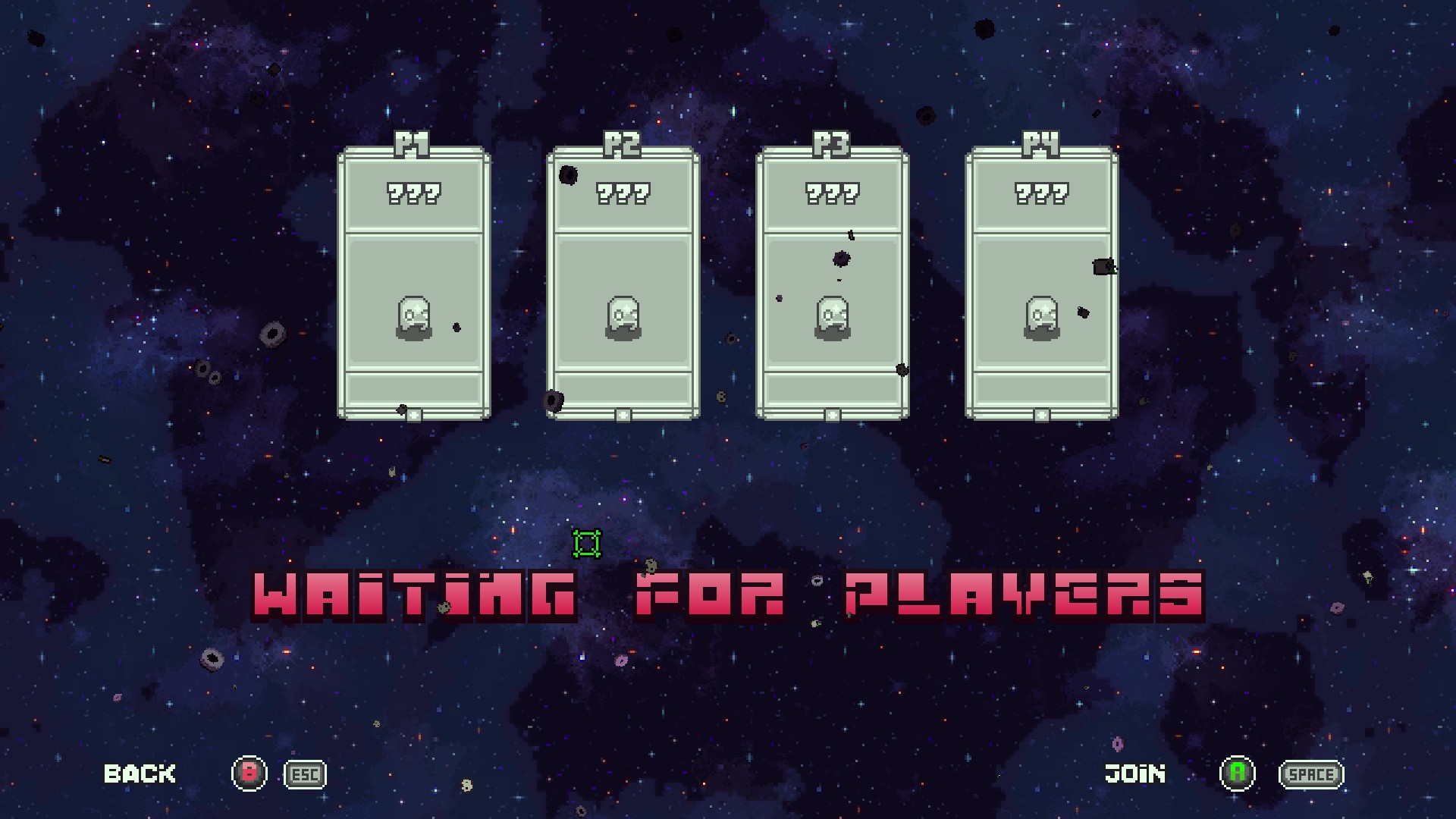 “Guide an alien rock band of space kitten pirates through a fractured multi-verse. Fly star fighters, board space ships and loot local populations to fund your musical tour. Fight or sneak through dangerous space time with randomly generated weapons or upgrade unique skills to deal with randomly generated bosses. Navigate your tiny band of aliens to the centre of the galaxy in time to compete in the Galactic Battle of Bands and become kings of Rock.”

Although the above never actually got told through the game, I can say that all can be forgiven as Space Jammers is a recent entry to Early Access game on Steam. Not only that though, not once did my 7 year old lad turn around to me ‘n ask me “Why are we doing this Daddy?” …probably because we don’t need an excuse for wiping out plenty of bad guys. In the top-down shooter genre, what they need for these kind of games is to be hard enough to be fun by giving us plenty of weapons to do it in, and also keep the enemy’s coming in thick ‘n fast whilst looking different, and Space Jammers does all those and more.

The more being options such as levelling up your chosen character, and procedural layouts of a map, but each map is always in the same graphical style as each dimension. So, a random dimension being styled like the Mushroom Kingdom in “Mario”  -which does get very close in copying Nintendo’s mascot series of games including the boss- and then the next dimension looks different and so on.

Graphically the game is rather sound as it doesn’t try to be the next biggest game using all the V-RAM on your GPU, in fact, any GPU within the last decade or so can easily run this. There are options to turn on “Bloom” and other such additions, but for a game of this nature, it does not need all of those fancy options, but they’re there if the player thinks it is needed or desired. The musicality of the game is great as its all very “Chip tone” and retro, I adored this, although my 7 year old didn’t think so. (which made me feel old…cheers son) 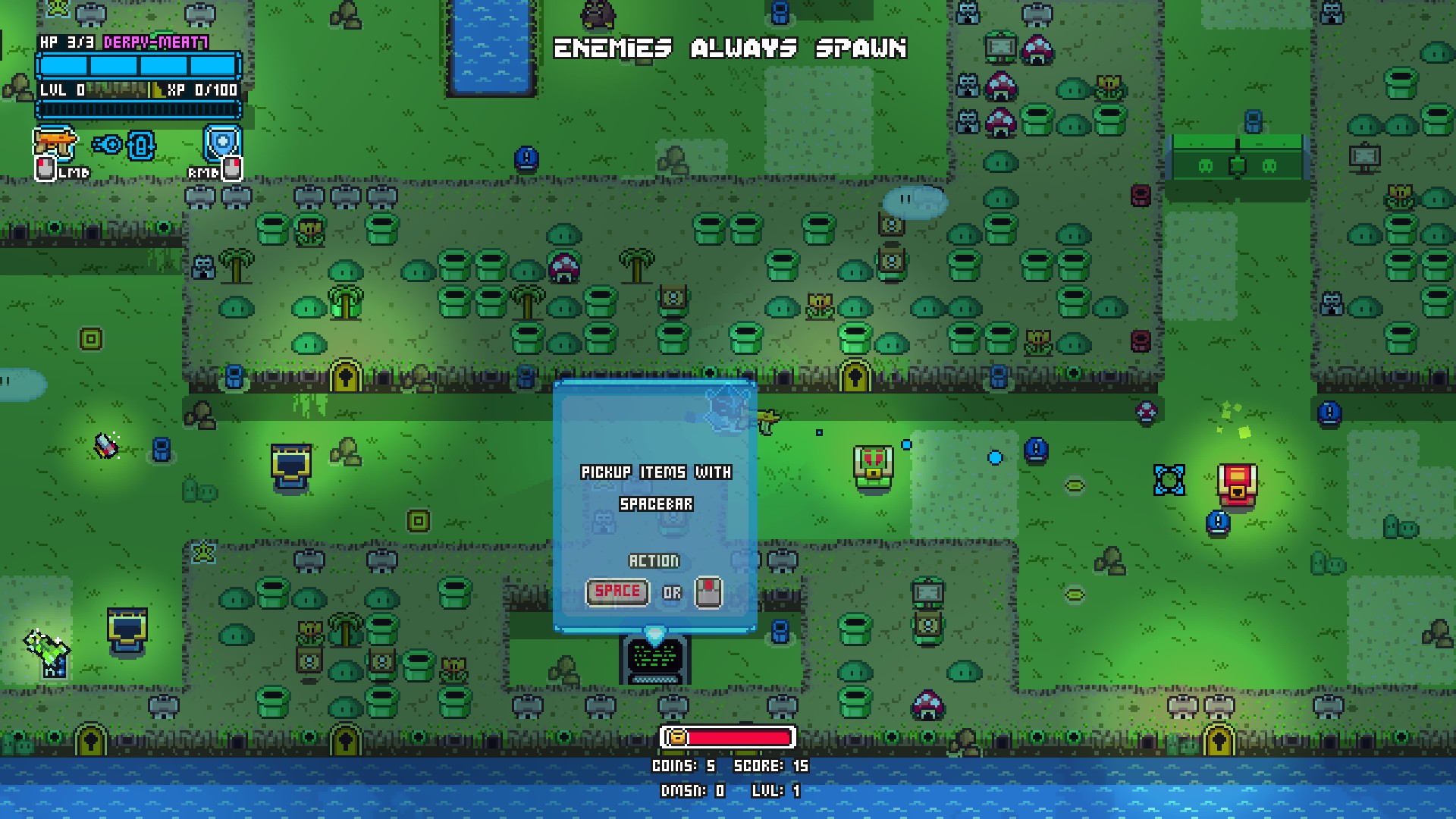 Weapons come in all kinds of flavours including regular small machine guns, shotguns, pistols, and rocket launchers, to the downright bizarre creations of mankind like the “electrifying unicorn launcher” or the “bouncing nyan shotgun”. There are also melee weapons too but we left them alone as by the time we found them we were heavily into “bullet hell” territory where each hit knocks off a section off your health ‘n while hearts aren’t that hard to find in chests, we hardly needed them.

The main things that you do need to pick up are the yellow coins which need to be collected before they disappear as they are needed to fill up the bottom red bar of the screen, which slowly fills with a yellow the more coins you collect. Once full the next level will be the boss that will see the end of the dimension that you’re on. Once beaten that is.

The levelling up of your chosen character is done by the blue crystals that you find in chests and dead enemies and once you “pop” a level some of your stats are increased, stats such as allowing your character to have less knock back whilst firing, sometimes you get extra Hit Points (think its every second level this one, but I’m unsure) better accuracy and so on.

Speaking of accuracy, the reticle also shows the amount of ammo in your magazine, look at the above screenshot for an example, basically the more filled in the circle, the more ammo you have. When the circle has gone down, you need to reload. While you have unlimited magazines for your weapons, it does take a while to be fully loaded again, and that’s my biggest criticism of Space Jammers. I’m hoping that in the future, waiting for reloads to complete will be reduced in future patches. They do speed it up, and include the speed of reloading in the levelling up areas, but each character behaves the same way.

Each character does have a special ability, characters like “Toad” can be on fire (literally) to kill anything that touches him, but it’d be better if we knew more about the characters story, or skills in the select character screen then rather waiting for a loading screen to tell you, or by just testing out each character.

Each level of a dimension has a “setting” which is told at the top of the screen, and they’re always random, such as hitting a monster will spawn another, darkness shrouds (darkening the play screen), moving chests (chests move instead of just staying still) and many more. 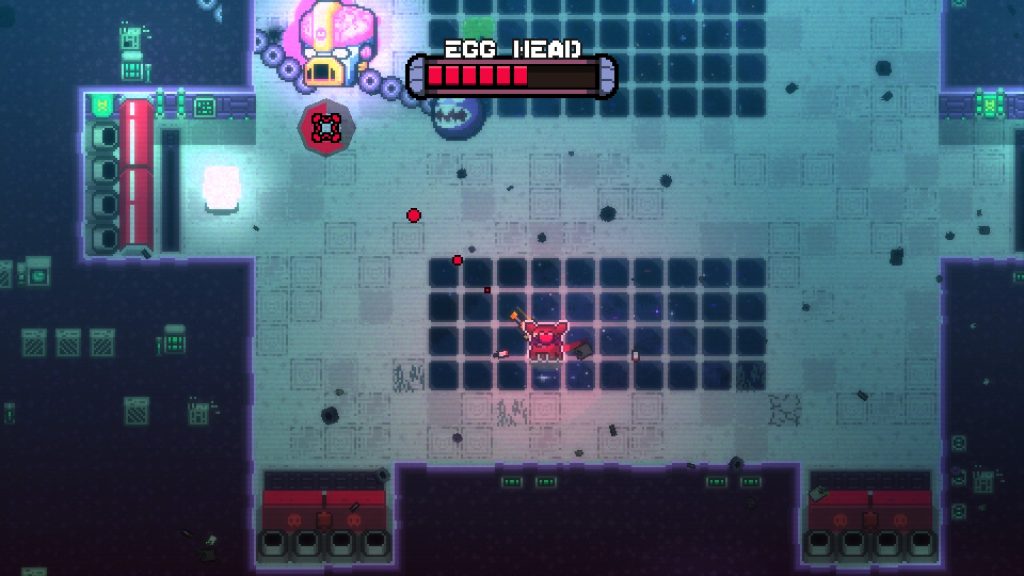 The asking price of £10.99 for Space Jammers is well worth it if you’re into the top down variety, and it’s 100 times better if you have friends to play it with. While it’s different to the rest of the genre, with that mainly being rogue-likes, this feels like a throw back to the days of Chaos Engine and the like, just without a story. At least not in game anyway.