Early video arcades, with games like Galaga and Pac-Man, were dead long before most people reading this will have been able to visit them. I only remember these arcades, vicariously, through moments presented in TV shows, books, movies or games. Did it ever happen? I’m increasingly unsure. But Arcade Paradise is a tongue-in-cheek window that you can peek through into that world.

You’re Ashley, a drop-out in the grungy, muggy and not-long-enough-ago-to-be-rose-tinted 90s. Your father, a laundrette magnate, has decided that he’s going to turn you into a success story by giving you one of his old sites. It’s already set up with enough washing machines and dryers to get you going, but cleaning up rubbish, unsticking gum and declogging the toilets isn’t really anybody’s idea of a good time. Your own Arcade Paradise starts as a despondent, beaten-up couple of old machines out the back, but can grow to over 30 machines.

So, you’ve almost instantly got two businesses that you can run now. You’ll earn cold-hard cash for washing and drying the clothes of your customers quickly, you’ll also get a lump of cash for cleaning the place and fixing up the toilet as well – each of these is scored or rated, with fun arcade graphics overlaying the other-wise mundane setting. You can also empty the token hopper too. The hopper emptying is the core of running your second business – the arcade, which you can upgrade and add to once you’ve earned enough money from the business. 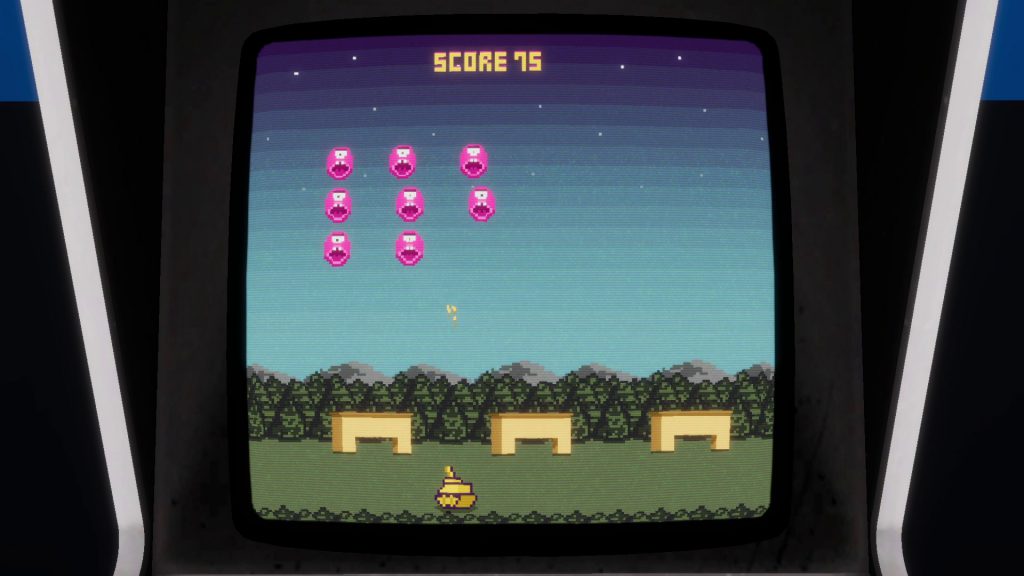 Winners Don’t Use Ketchup, reads the start screen of Racer Chaser, their Pac-Man x GTA mashup. A Columns-style block-dropping game, with an edgy turn-of-the-Millenium style thriller narrative, goes by the name of Blockchain. A fun stack-building game goes by the name of StackOverflow, a clear reference to the coding Q&A website. It’s like the developer deliberately sought out the most generic names, words and terms that stood no chance of appearing if you searched for them online, things like Centipede and Space Invaders.

Each of the games is a great little experiment in arcade gaming. But, in order to complete daily challenges and get new high scores (which, respectively, earn you a secondary currency for upgrades, and make games earn more money) you’ll need to play them for a long time. And time moves at a minute a second, and the workday is only so long. It becomes a juggling act of washing, drying, cleaning, emptying hoppers and getting to play the games… apart from that, it actually doesn’t. If you don’t serve people then the washing stacks up but nothing happens (when you eventually complete the tasks you don’t get paid much) and if you don’t play the games then they still earn money. 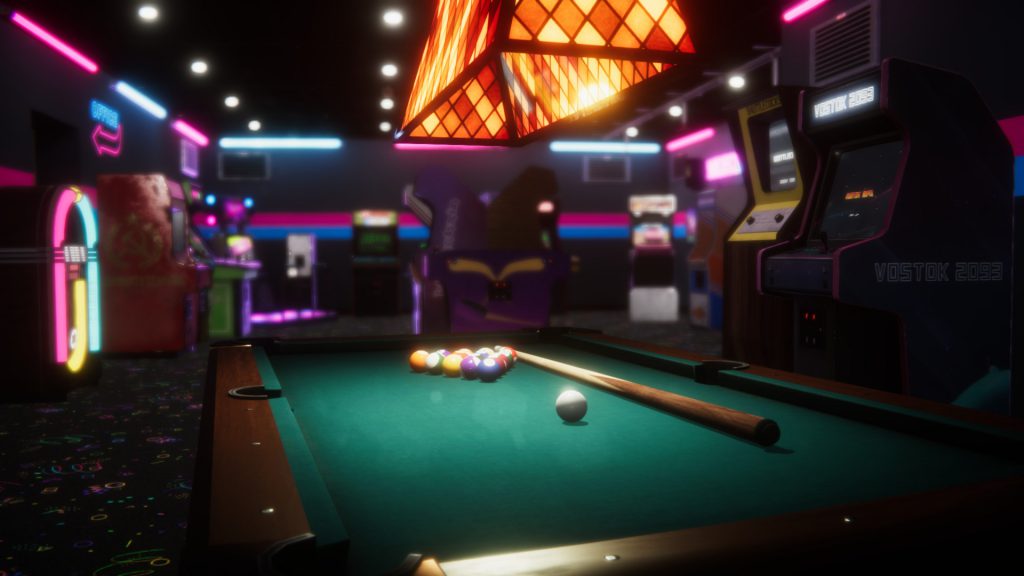 There’s also a whole stack of upgrades that you can unlock. These range from an Assistant Manager’s Assistant, who will collect the money from the hoppers, through to tools that mean you can hold more rubbish, or have to do fewer chores. You can also make the day longer, or make it so time works differently. These are pretty easy to unlock but come quite late in the game, while it almost feels like you’re finessing things or have systems down, so they didn’t really appeal to me as much as they might people who didn’t secretly enjoy the grind of the chores.

That said, with the extra currency in play it does start feeling like the daily challenges, that you need in order to buy more music and upgrades, start to feel a bit of a grind. Perhaps it’s ironic that a lot of the exciting, incremental-earning management alternative ends up feeling like a grind, much like the day job that your character created the arcade to avoid. Regardless, though, once you do break yourself out of the grind – perhaps by convincing yourself you don’t need the upgrades – it can become a fun, arcade-playing experience again.

There’s a danger here that completionists who want to rush through to the finish will find themselves frustrated, those people might complain about magically appearing washing baskets, or the lifeless models that haunt your building, but if you can slow down and take time to enjoy Arcade Paradise as a showcase of over thirty fun arcade games then you’ll have a great time.