Ancestors: The Humankind Odyssey — Being The Missing Link

Oh, christ. The concept behind this game. Play as the functional missing evolutionary link, explore the cradle of civilisation, learn and evolve as they did. Go on mankind’s odyssey. How appealing is that? Incredibly, for me at least. But it does hinge on the execution — which… Well it’s a tale of two games. Ancestors: The Humankind Odyssey comes so, so close.

So, positives: it resolutely succeeds in it’s goal. It shows, very empathetically, a dramatised version of life at the very, very start. How sharpening a stick for defence was a long, abstract process to reach what we take for granted as a shiv. How the curiosity of “just how big a jump can I handle?” maybe existed. Turns out — a hefty one. Many stories, at least. Then you just limp it off, I suppose. Realism! It allows you to completely screw up, and goodness did I. My first attempt at the game saw my entire pack completely dead, and I opted to save face and start again. It turns out snakes aren’t friendly, will eat you, and are generally menaces of the jungle.

It looks the part, mostly, with lush and dense environments offered. It all looks gorgeous, and is animated to a high standard. It’s a marvel really, being here, in this time period. I’m not versed in how the game and setting were created, and I certainly wonder how accurate it could possibly be, but goodness. It’s awe inspiring, contextually and just kind of — the leaves, trees, streams. Detail. Incredible. I could wander about for hours, or at least until I meet the next snake or sheer cliff edge.

Structurally, it’s all about survival, and I suppose a near roguelike quality? You play, learn, die, play and such. Traits pass down as you evolve, like allowing you and your kin to move on your hind legs — a strangely powerful moment completely lost on me as I got eaten by a puma mere moments later. It also revels in emergent gameplay, allowing stories upon stories to emerge from it’s world and play a good old fashioned watercooler game. It’s a rare treat to be able to share how much of an idiot you are, and be regaled by tales of similar stupidity. But it all fits — you’re unguided, and trying to figure out the world as you go on. Stories, information, helps you adapt and get better. Convince a couple of pals to play it with you and you’re golden. 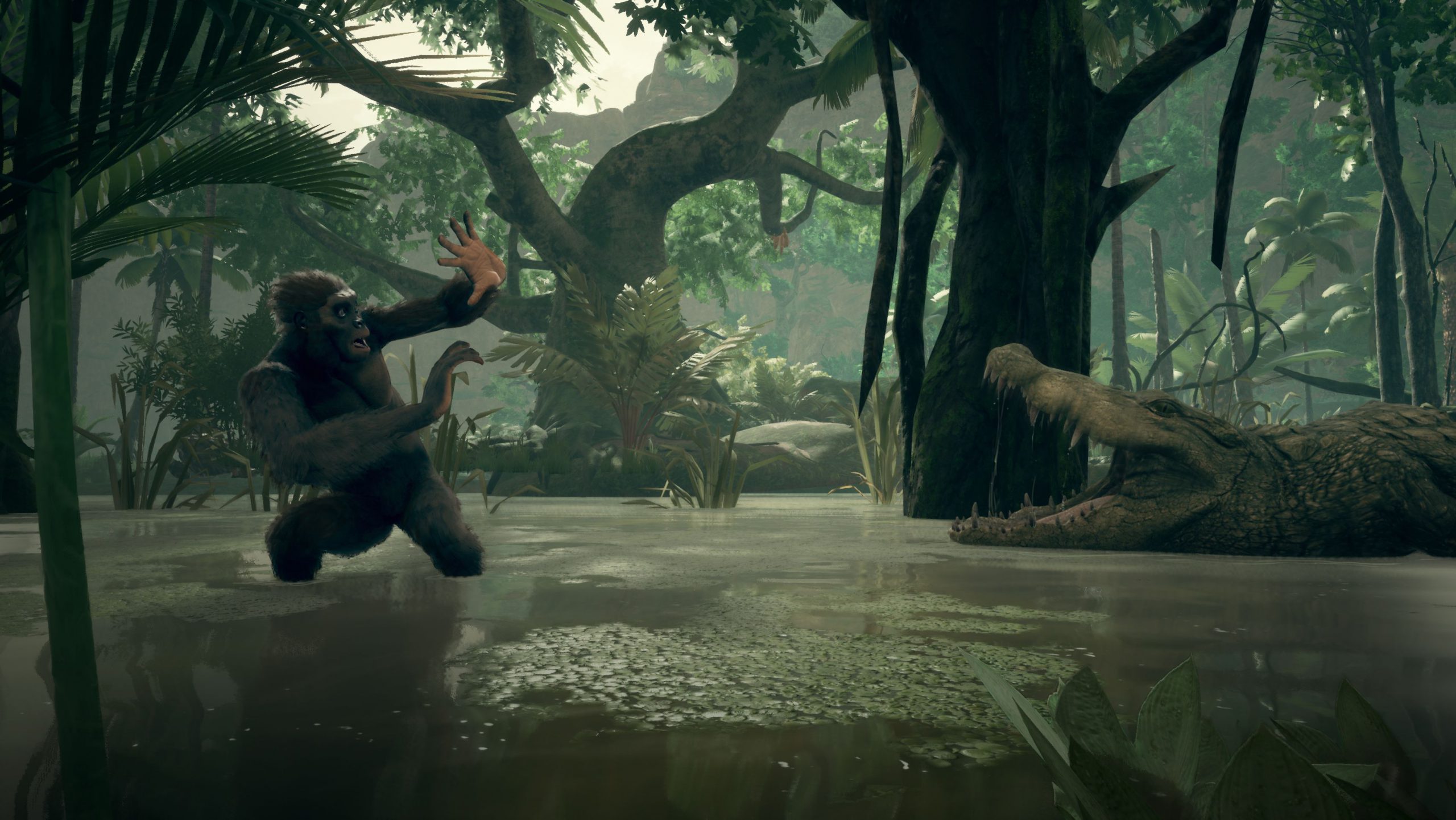 So where’s the catch? I mean. I’m not sure? It’s repetitive, I suppose. It’s frustrating, maddening, “do I really have to do that again?” and so on. But then you turn a corner and see the lands stretch out before you. Let me get pretentious here: it melts away when you feel that sense of possibility, wonder, fear and intrigue we’ve retrofitted onto the earliest periods of history. So yeah – it can be a pain to play but hey: so was being alive back then. That’s the point of the design.

Recently, I’ve played through Assassin’s Creed Origins, a game which has as much of an eye on Ptolemy era Egypt’s distant past as it does recreating that very distant past. Ancestors sports a similar trick, I think, in aiming for an impossible recreation. It evokes the feeling of history, of romantic myths and inspiration in the nerds among us. It’s a magical game to experience, even if it is frequently annoying, because when are you ever going to be this close to our extremely distant ancestors save some future scientific wonder? Probably never. That is what makes Ancestors a total joy.

Ancestors: The Humankind Odyssey is available now for PC, Playstation 4 and Xbox One.