All Mine is a mining-themed game where you and your friends are all racing to get a set number of victory points, mining through rocks and seeing what is below. It’s a fun and relatively simple game to play, with a few different phases to go through on each turn.

In All Mine, everyone starts with two dollars, some basic supplies; a pickaxe with unlimited uses, a single use bit of safety supplies, and a single use TNT. You also get a few event cards, which we will talk about later. On your turn, you will first get two more dollars for your pot and grab an event card. Then, you can decide if you want to purchase anything from the shop. In the shop, there are five cards and each time you purchase an item a new item comes out. 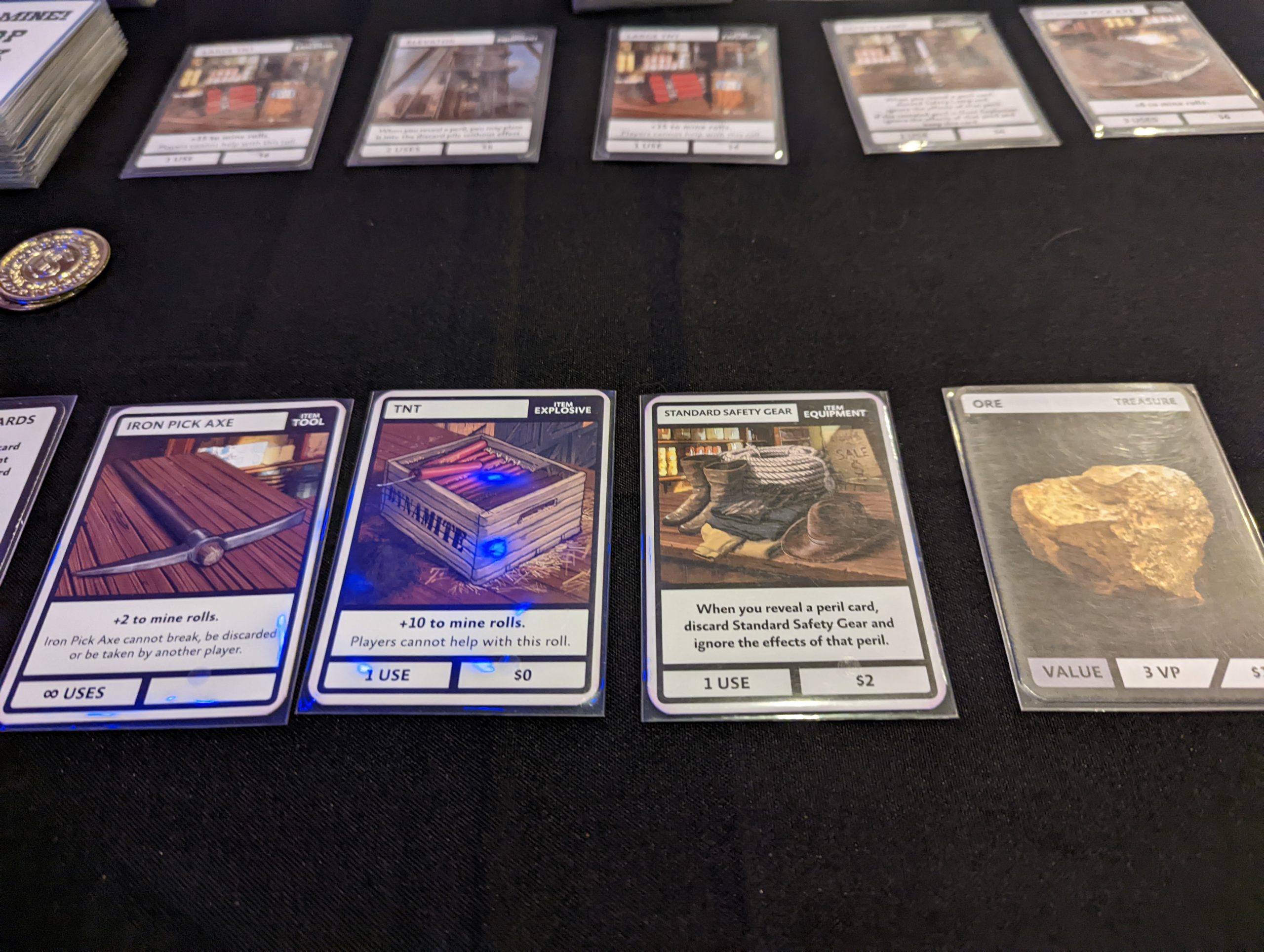 Some of these items are single use like bigger TNT explosions, better safety equipment, etc. There are also items that you can use forever, like a pack mule which increases the number of items you can hold and adds to your die roll. Other items have a set number of uses, like the big magnet, which allows you to see two different treasure/peril cards and then pick the ones you want.

After you have made your purchase, it’s time to start mining. You need to mine on your turn. There is a deck of cards which the reverse (facing up) tells you how deep that rock is, represented by a number you need to beat when rolling two dice. You can use TNT to start your roll with +10 for example, or your pickaxe to start with a smaller amount. If the rock really seems too big for you to reasonably take on, and you’re not using explosives, you can either ask your fellow players for help by rolling one die or you could pay two dollars to put this card on the bottom of the deck and see if the next one is better. 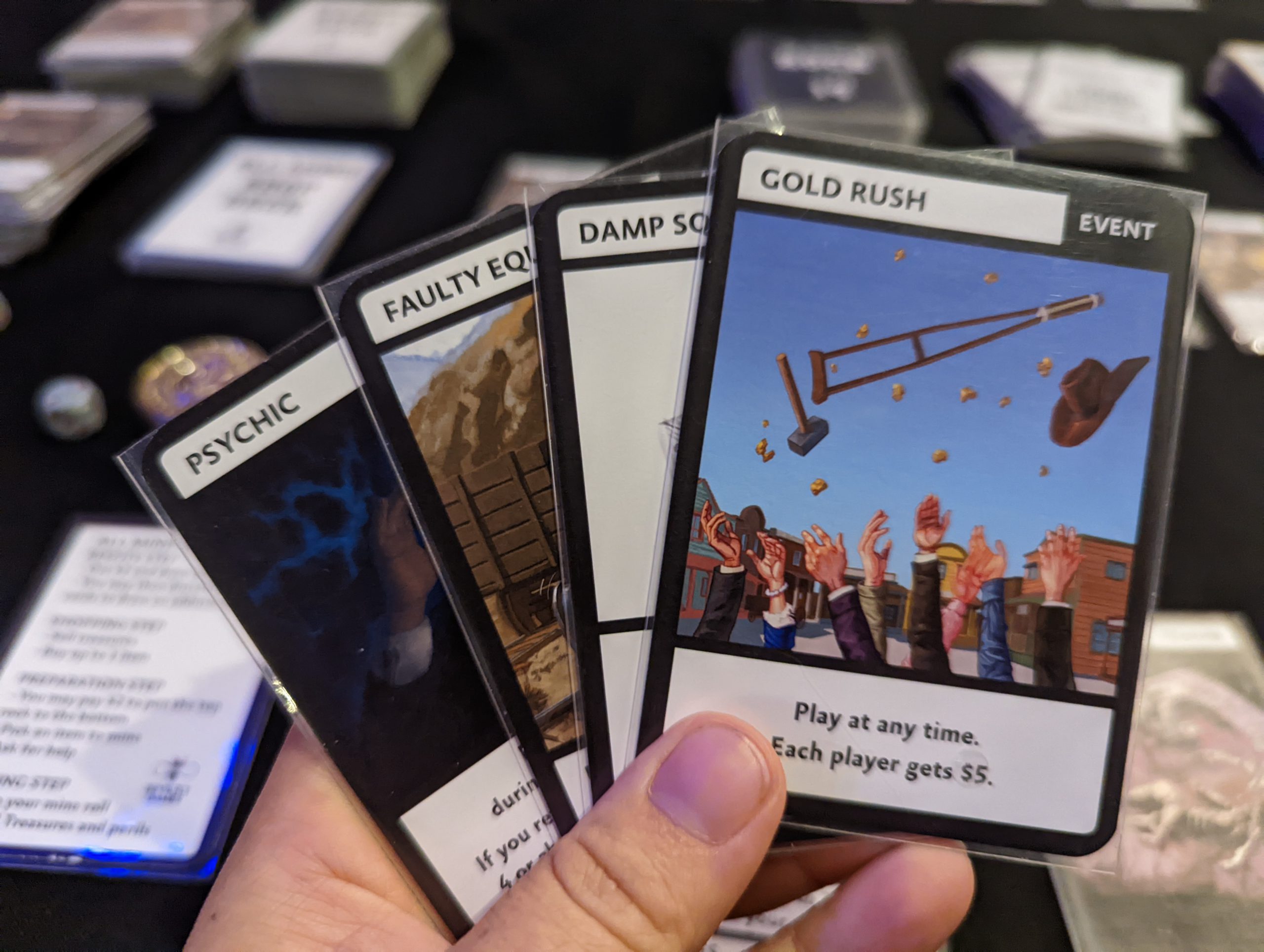 When you do roll, you add up the numbers you have rolled and then add on any bonuses you have used for that turn. If you have broken the first rock, you then do that action. On the backside it will either have you draw a card from the treasure/peril deck or take a set number of coins. The treasure/peril deck, as per the name, is a mixed bag. You might end up with a nice chunk of treasure, which has a cash price and a victory value, or you might end up with a curse that then sticks with you. Often, with perils, you can pay the price and they are removed, but sometimes they are challenging and stick around for quite some time. Having a safety item allows you to avoid a peril, but those often come at a cost from the shop. 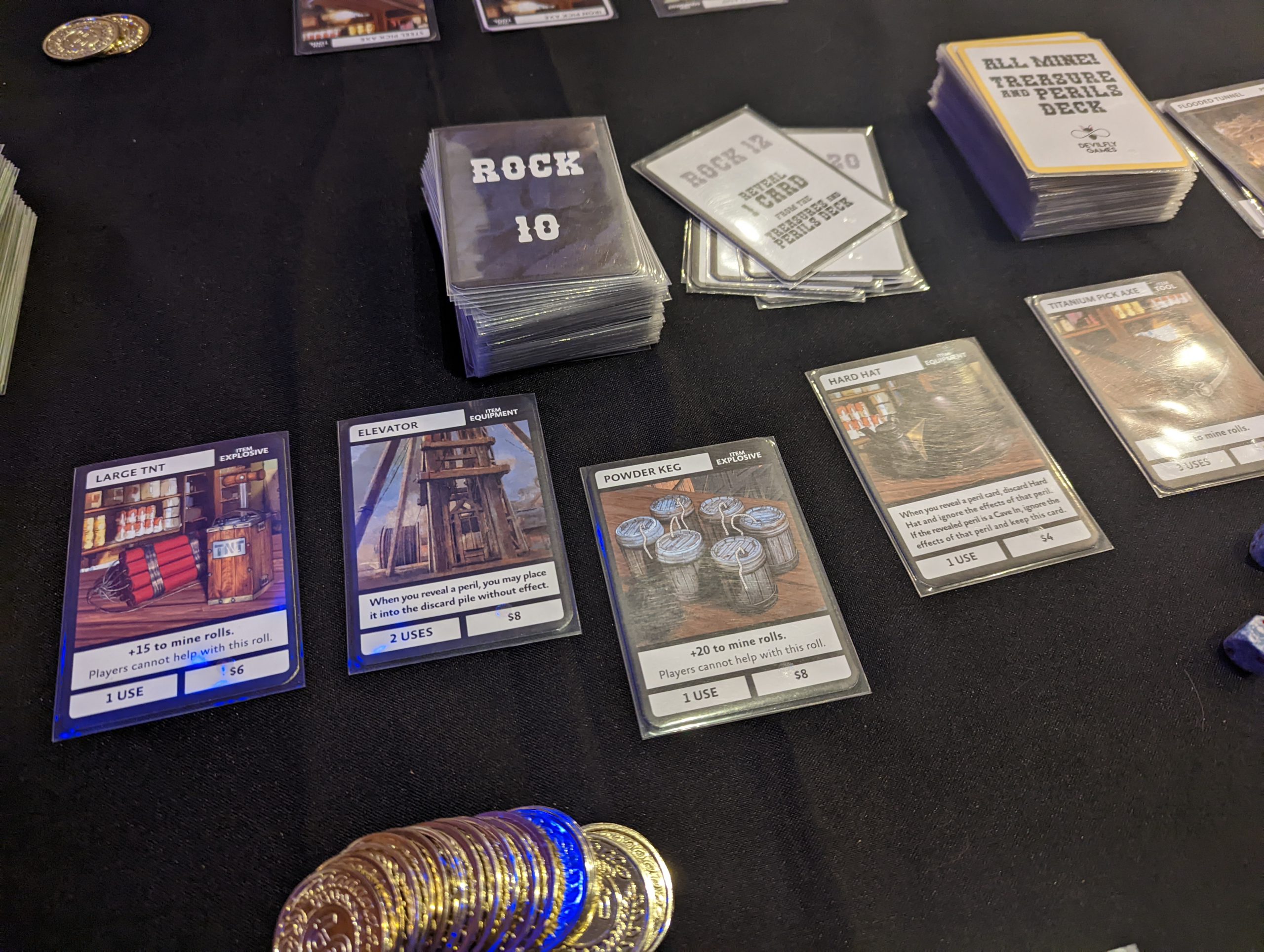 In All Mine, if you do break the first rock and have a lot of points left over, you can continue to break the rocks below it, until you run out of points. This is primarily done with big blasts of TNT. When using TNT, other players cannot help you break rocks either, so it’s a way of playing all on your own.

The event cards in All Mine allow you to help and hinder other players in the game. They may block the ability for a player to mine more than one rock at a time or possibly give everyone five dollars. Some of them take from each player’s hands and others can help when something bad happens to you. 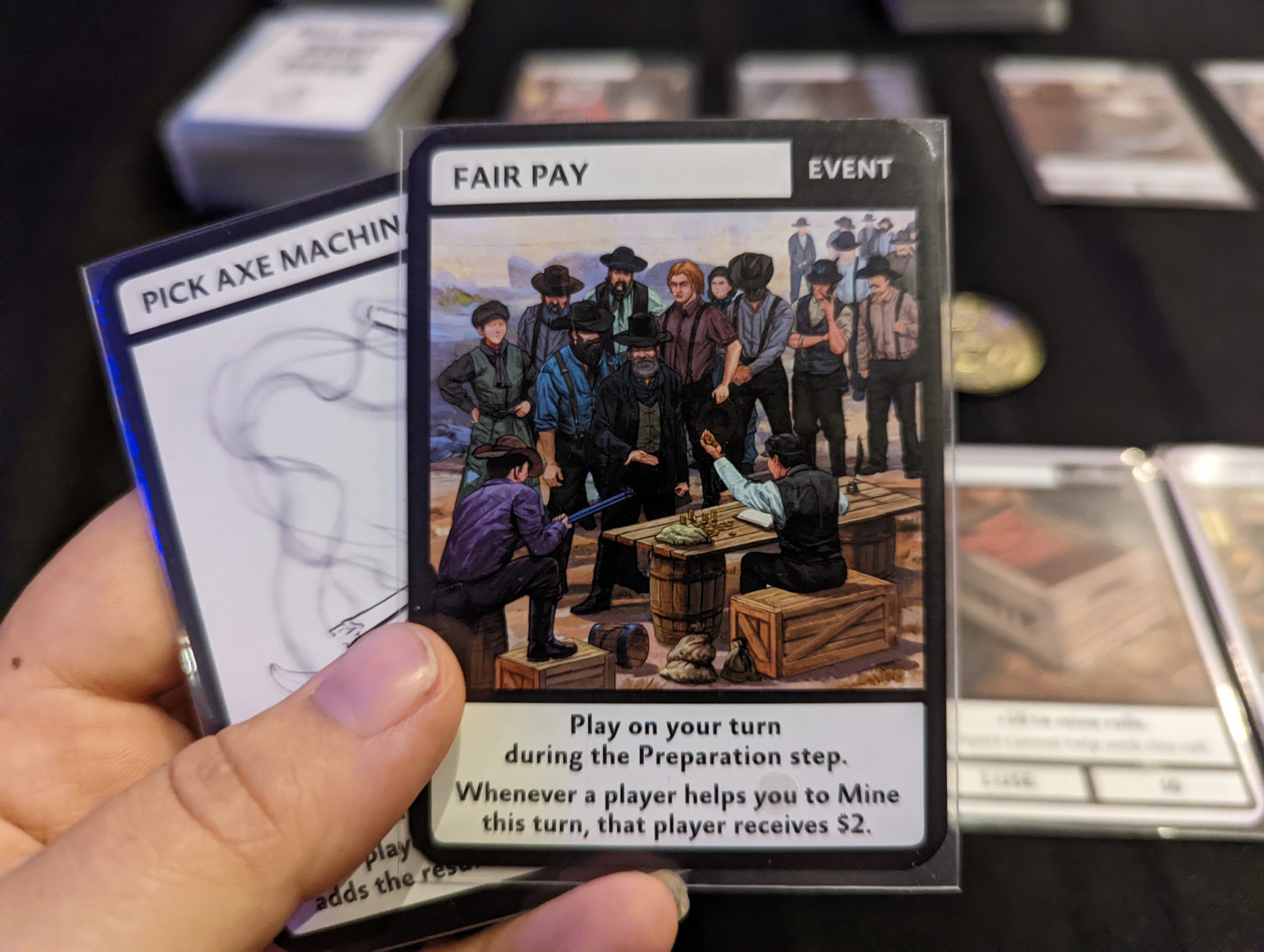 All Mine flows very well and feels quite well thought out. We got the chance to take on a demo at Tabletop Gaming Live, where Dann really got into the game, collecting treasures, selling items to gain better items at the shop, and ensuring he was only helping people who could, in turn, help him. It’s a game that doesn’t rely too much on luck, but there is an element of being prepared and being lucky in it!