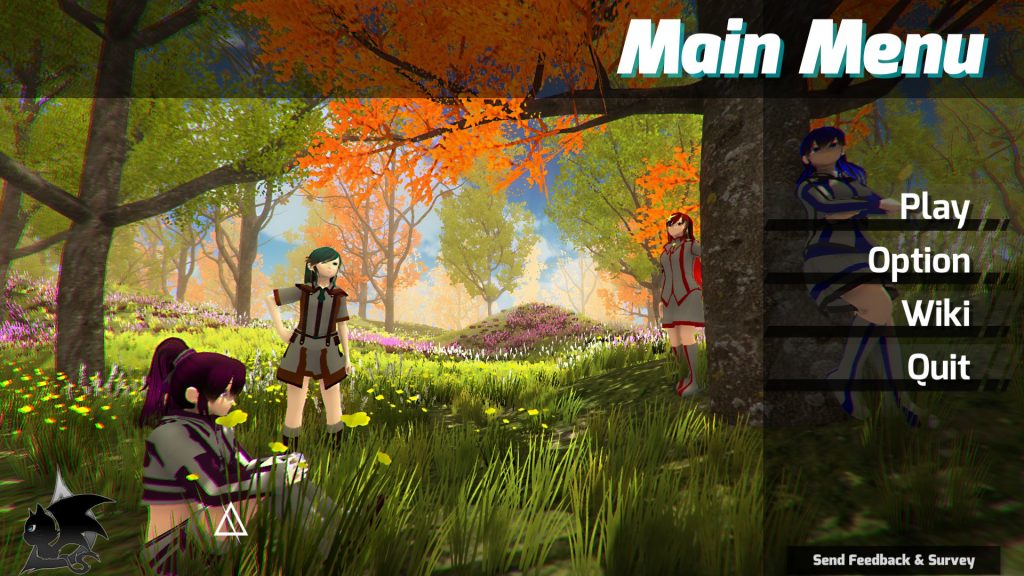 Battle Splash is a recently green lit, fast-paced, third-person, non-violent shooter based on weapons using water instead of the usual ammo.

It is available on the Steam platform on PC, and was solely made by Mai Nguyen Binh Hung, the co-founder of Dranya Studio, an independent video game studio based in Hanoi, Vietnam. Battle Splash uses the Unity engine to make a retro anime vibe which captures the pace of games like Quake, Doom and Overwatch etc. 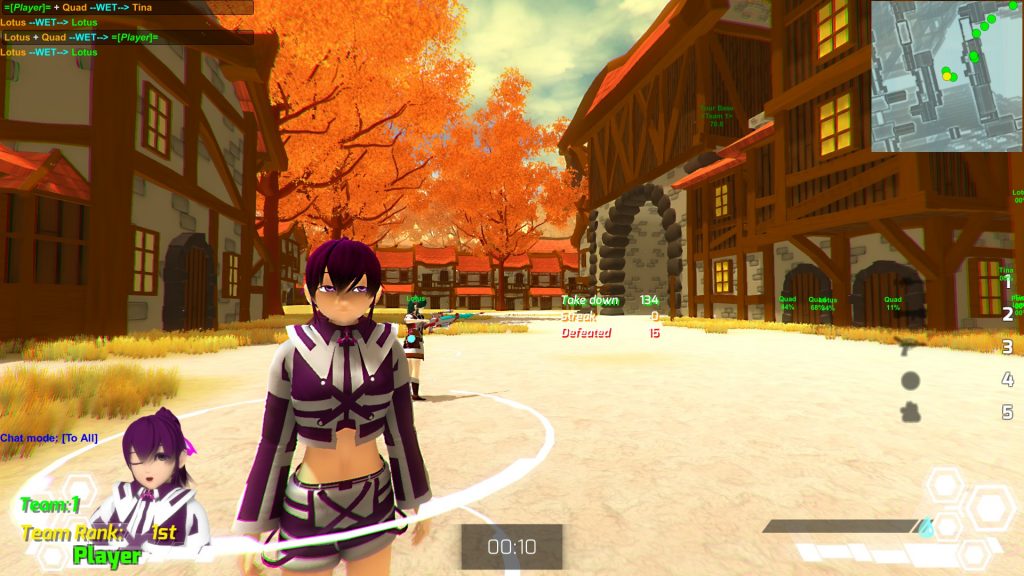 While the game is fairly bare bones at the time of writing with only one map playable, it sure was good fun against the AI, or if you have friends playing as well, then you can turn it into a comp stomp (players versus AI). There’s just one game type at the moment which is “team free for all” which focuses on a tradition for all shooters as it has a team VS team variation or if would want, you can place more then 2 teams so its even more hectic; with the max player count at 32 on the large maps it’s good “laugh out loud” chaotic fun, but beware of friendly fire as there’s no way to turn it off.

Each team consists of 4 different classes which are portrait-ed as anime styled girls. Here’s the rundown; 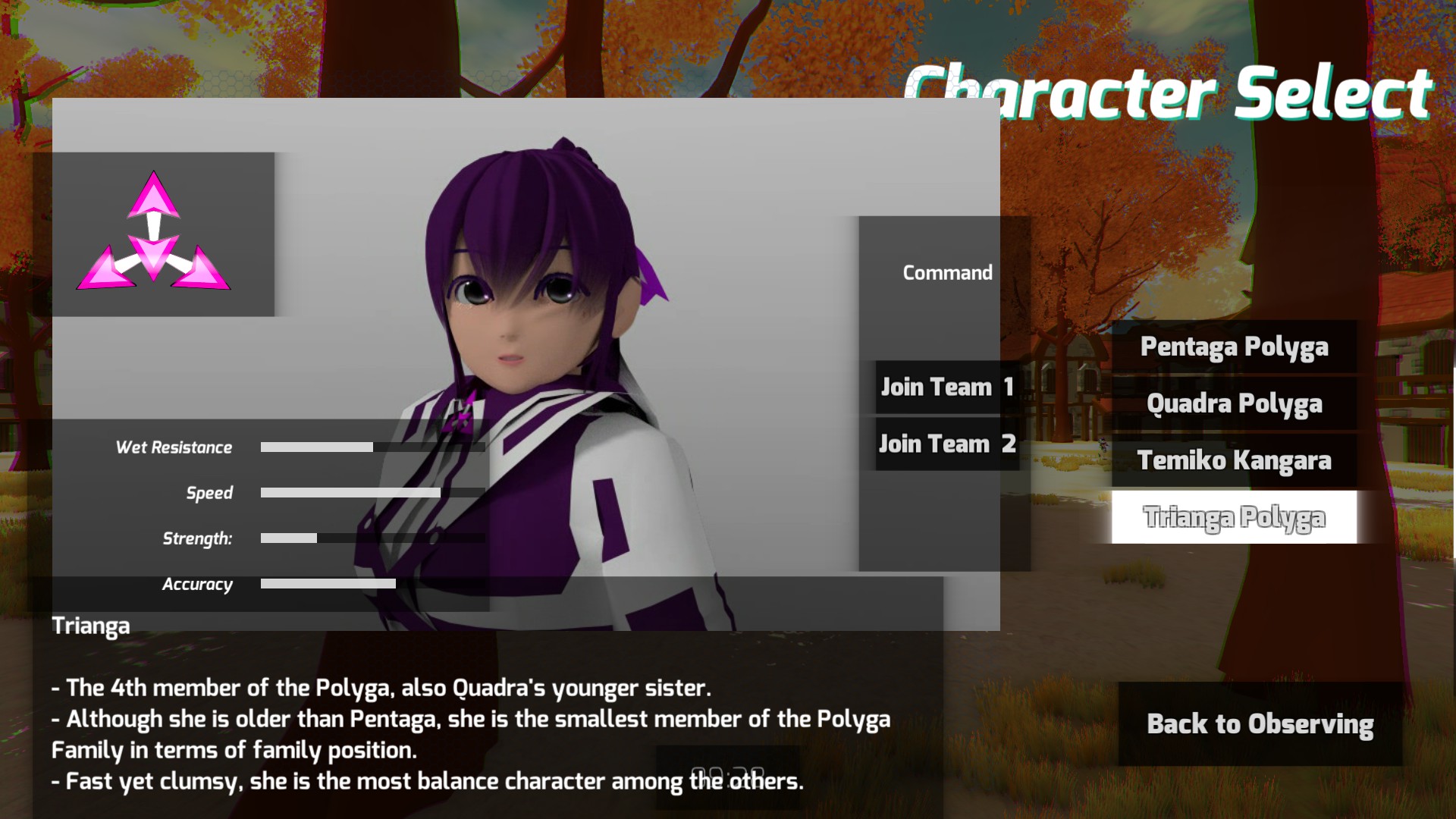 Trianga is your “balanced” class which carries a sniper rifle, a bazooka, an automatic pistol, water bombs (think grenades) and an automatic aiming turret. Temiko is the fastest in the game with the best accuracy. She carries the same weapons as the others apart from the last which is a pole that she sticks in the ground, this can detect where the enemies are located on the mini map as they don’t show up on the mini map unless they shoot.

Quadra is the “tank” class who carries around a shield to protect herself and the team, she also carries around the sniper, bazooka, auto pistol and water ‘nades, and finally, Pentaga is the healer of sorts as her special weapon is a disc dryer that gets shot out of a hair dryer (where else?) as well as the regular weapons. 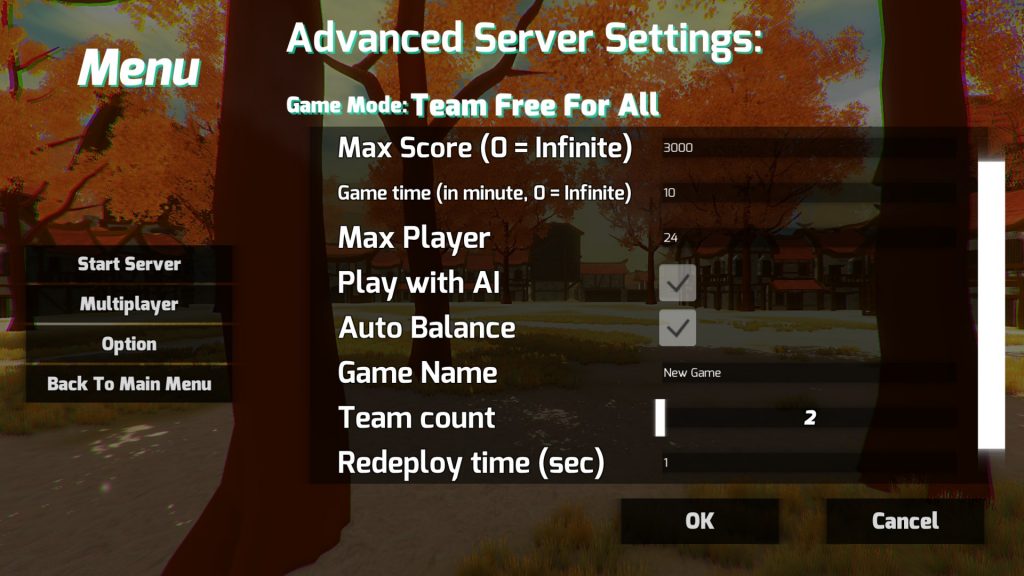 As you can see in the above screenshot there are plenty of options to tinker with in the server options screen, so whether you create a public game to join, you can easily make one yourself as there’s no need for dedicated servers. If you just want a quick blast with or against friends then you can do so easily! With the game being less violent it’ll hold up against the big guys such as Overwatch, Battleborn and the likes.

The game uses the unity engine as I mentioned earlier, and it shows the anime like visuals beautifully whilst keeping the frames per second up high, even when the game gets hectic with tens of characters shooting at each other, so even at this early stage of its life it runs great and looks great. 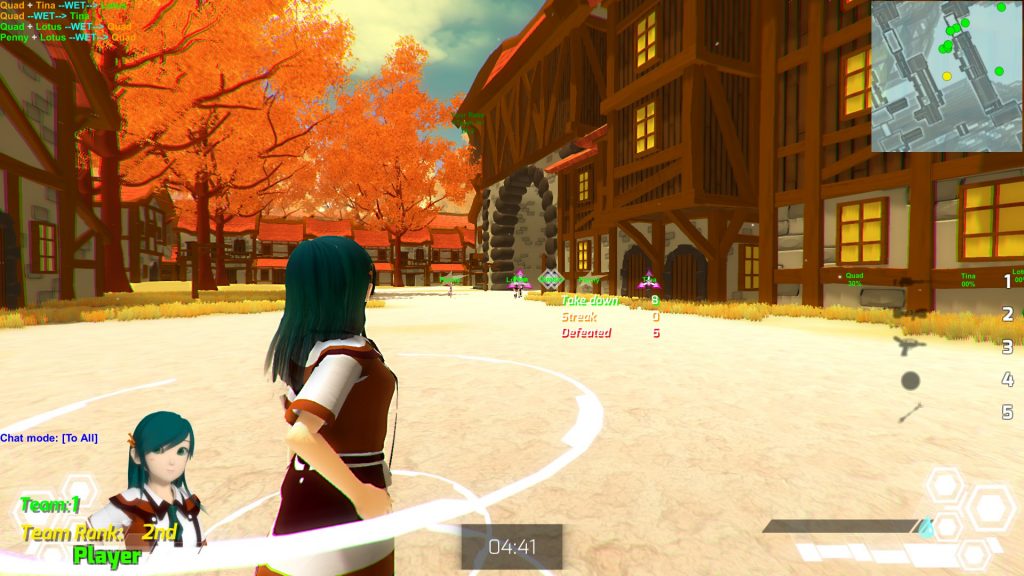 The sound is fine at the moment with nice ‘n cute sound effects but don’t expect loud booms and explosions from the likes of the bazookas and water bombs. There’s even an introduction video to each of the unique weapons for each class, which all looks very nice and child friendly and even my youngest had fun watching Daddy being a girl, she also thought they were very cute too.

Well done in creating a fresh shooter that’s not all based on blood and gore, Mai Nguyen Binh Hung I’m definitely gonna be keeping an close eye on this one and see how far you take it and hopefully who knows, be the next 3rd person E-sport?