There were quite a few musical games at Rezzed this year;  Aaero’s thumping, heavy-beats-meets-shmup-meets rhythm game, and Figment, a musical puzzle-adventure through a strange, endangered mindscape. Both are treats that I’ll get to as I work through the coverage from the event. However, the musical title that’s most likely to find a place in my home, is probably the one with the palindrome for a name; AereA. 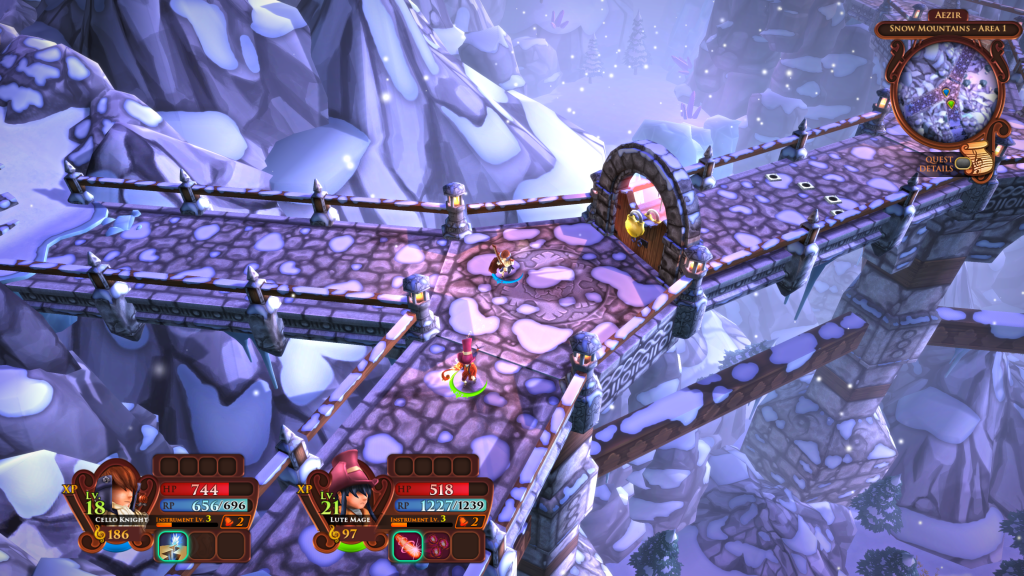 AereA is, through and through, an Action RPG. It follows the story of four playable characters as they track down nine stolen instruments which have been taken by instrument-themed bosses who are, as ever, littered through a wide variety of locations across the world; in this case, the mysterious Aezir. Each of those four players characters are musical twists on conventional ARPG classes; Harp-Archer, Cello-Knight, Lute-Mage, and Trumpet-Gunner, each armed with their namesake instrument, and skills to match.

For the one world -two levels and a boss fight- that I played through in solo-play I took on the role of the Harp-Archer. Understandably the crux of the character was their long range attack, however they could also attack with a swinging melee attack, and a knock-back kick. From watching people play as the other characters I could see that movement was, give or take, speedy for each of the characters which tied up well to the tightly zoomed isometric viewpoint – playing ranged was useful, but for tougher enemies it was far better to kite, dodge, stun, and shoot in order to make your way through quickly.

Oh – and, before you ask. Each of the weapons made noises like the instruments the characters were wielding – so I can only imagine how noisy four player co-operative would sound. 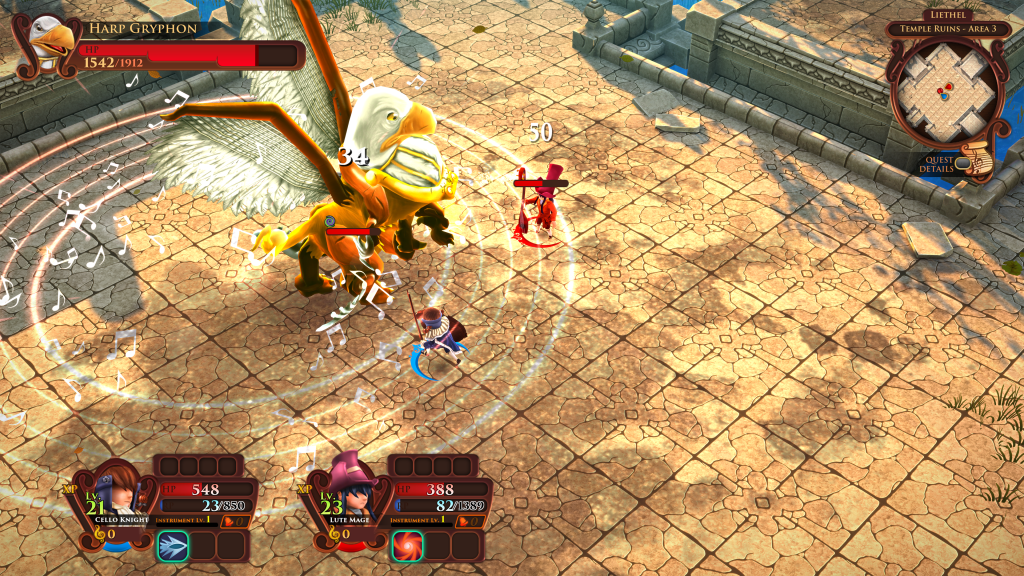 It wasn’t just a case of hack-and-slash, that said. Each level featured locked doors, with a fair bit of typical ARPG travel required in order to fully pass through the level. There was also a strange -unexplained- puzzle which required you hold down the action button on a block in order to capture the essence of the box, and then walk it over to a certain tile to complete the puzzle. It was a little odd, essentially a sliding-box puzzle but without the box moving, but will hopefully make sense within the context of the full game.

After two levels of exploring I came across what was probably the first boss of the game, a spider (I believe it was called The Sonata Spider, but I can’t be sure now) with a tartan torso and moves to match the set of bagpipes that it resembled. The boss had multiple attacks, and a couple of forms, however the battleground was fairly open and so -with a fair bit of kiting- they fell quite fast.

I enjoyed what I played of the game, the world is hand-drawn, rich in colour, and easy to navigate; the UI is functional enough with the map and various attacks displayed along the bottom of the screen with room for the other three players, and the music and audio was -as you’d hope in a music game- really enjoyable. 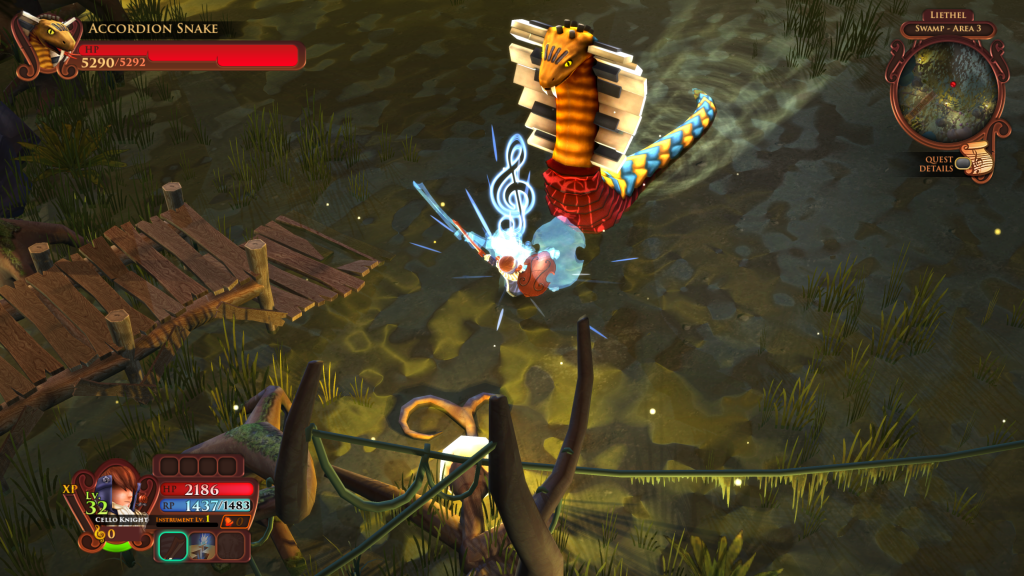 All of that said, it was very, very easy. I hope that there’s difficulty options aplenty when the game does launch later in the year; and not just for solo play either – co-op will need some serious balancing in order to keep the difficulty up.

There’s a few mechanics for the game which my fleeting time with it didn’t cover, the music sheets based skill and upgrade menus, how the story is conveyed, or what can be done in the town-hub that the demo ended in.

Hopefully we’ll see more on this promising ARPG before it launches later this year.

AereA from developer Traingle Studios, and IP holder SOEDESCO is set to be the first in a series of titles in the setting, and is due to launch on PC, Xbox One & PS4 later this year. You can find the announcement trailer below.