A Robot Named Fight — A Gory, Procedural Roguelike Where You Are the Last Robot Standing

By David Bosquez On Apr 26, 2018 0
Dropping into the caves begins revealing tougher and more grotesque enemies.

A Robot Named Fight is a roguelite, action-platformer in the vein of classics like Super Metroid and Castlevania, also known as a Metroidvania game. Set on a doomed world of robots, where only you are left to fight off an ever looming threat; the Megabeast!

A Robot Named Fight was released on Steam back in September of 2017 by Matt Bitner Games, where it was well received, with mostly positive reviews. Once you play it, it’s not hard to see why. We’ve been playing through the recently released Switch version of the game, which has seen us, as the titular robot named Fight, exploring a game world flooded by monsters spawned by the Megabeast. In A Robot Named Fight, taking the fight to the enemy is all that matters!

Creature filled rooms, tight corridors to explore, and high-flying platforming moments all compliment the games story which — while silent for the most part — tells itself as you traverse through the game’s procedurally generated levels. As a result, each generated layout is slightly different, and unique. That said, if you die then you are given a “seed”(password) to copy down that you can enter, to play through the same generation. My only gripe with that is the codes are too long, but that is obviously down to the amount of variables they are taking into consideration, so that could just be me…

Each room you pass through feels evenly balanced in difficulty and your struggles are often well rewarded with scrap, other loot, or unlocked items for future playthroughs. You can use the scrap to purchase upgrades from your allies, or offer them up to a shrine of a Mechanical God. Shrines are risky, however, as they may curse you if your offering offends them. They can also simply give you nothing. It may benefit you to talk to the dying robot at the start of each playthrough as to get a hint at what they may want. Sometimes he gives you helpful advice; sometimes he’s a jerk and shoots you. I guess it really depends on his mood. Guess you just have to roll the dice on that one!

Unfortunately, while the level design of each room is great, A Robot Named Fight suffers from the same plight as many-a-roguelite; backtracking. If you find yourself halfway through a level, and reaching a point where you can’t figure out what to do? Press the “-” button and I can guarantee you’ve missed a room somewhere behind you. And the worst part? Everything you’ve killed before you got here, respawns. So now you have to fight your way all the way back to that previous room in order to find out if it conceals the missing link to your puzzling debacle. I personally had a few situations where I had checked over every previous room, except those inaccessible to me at that point due to lack of required weapon, and still had an area that I could not get through because I was missing something. I simply had to die, and begin anew.

The game can also be quite repetitive in some instances. From re-skinned enemy types and rooms, to using the same weapons to clear two or three complete levels, you’ll find yourself doing the same things multiple times in a row. Again, I think this is something that plagues most within the genre, and can also be attributed to the backtracking. The jumping and platforming also feels floaty at times This isn’t too much of an issue once you have learned to use your airtime well, and time your jumps properly. That floaty jumping can become a useful tool at times. I, personally, recommend using the D-Pad instead of the thumb stick for this as well — as aiming in any direction while jumping slows your horizontal speed. This caused me to have a bit of trouble during boss fights until I made the switch.

The biggest missed opportunity of A Robot Names Fight comes from its co-op mode. By pressing “+” at the start of the game, a second player will spawn in as an orb. Usually, orbs are items you get by purchasing them from allies. This time, however, the second player is the orb instead of a secondary robot. Not only that, but both players share the same meager health bar. Why not at least add a second health bar for Player 2? This feels like a poor design choice, and a missed opportunity, especially for a console port. It leaves it feeling unfinished or rushed. There also aren’t any co-op achievements, despite the increased challenge of sharing that health bar. In fact, all achievements are locked away during co-operative play. 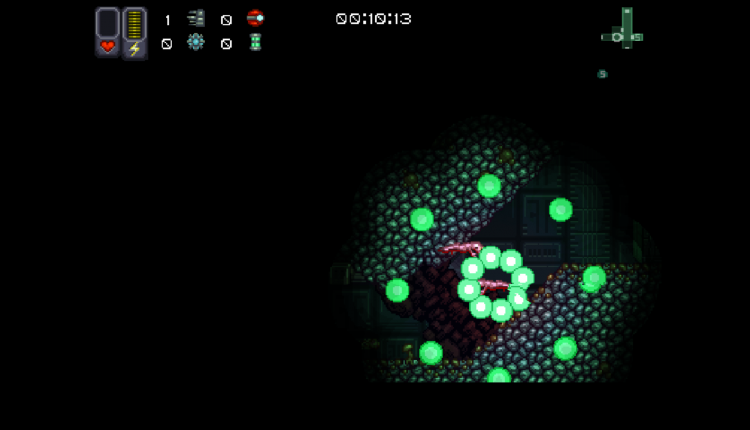 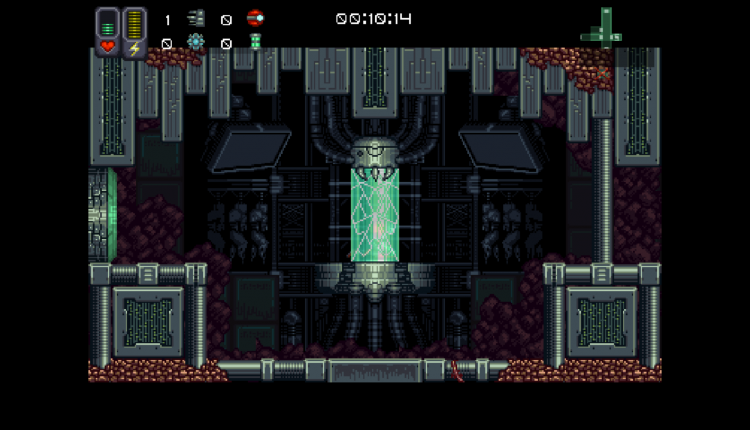 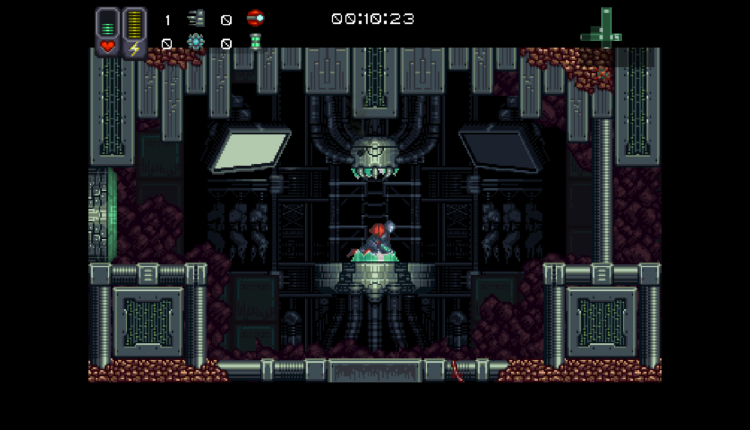 ... you are revived in the safe location with all of your items. But only once!

What I hope to see in future updates for the game are new items, enemies, and play variations which complement the Switch’s capabilities. Items which take advantage of the JoyCon’s motion controls, or the portability of the console in general would be a decent start. I would also like to see a better co-op experience developed for the console. Perhaps offering a full co-op experience that allows two robots, instead of a floating orb. These kinds of improvements would do the developer well with a Switch port, and would likely see a sales spike.

Overall, despite its flaws, A Robot Named Fight is a great game that offers much in its single player story mode. It has the classic, retro, action game feel that many of us look for, and it exceeds in the areas that matter. The minor flaws that I’ve discussed here are common among games of this genre, so I don’t think they are game-breaking so much as inconvenient. That said, this is a photocopied port of the Steam version, so that may turn away veteran players or previous buyers as it fails to adapt to the Switch console features. However, if you haven’t played it yet then I highly recommend you do. New players will find the Switch port to be a rewarding experience and an excellent game to add to the growing library of titles being added from indie and third party developers.

You can pick the game up for $12.99 from today onwards on the Nintendo eShop, it is also available on PC, Mac & Linux via Steam, through the link below.