In Zoo Run, children of all ages will work cooperatively and competitively to help a group of animals escape from the zoo. The cute visuals will draw in younger players whilst their older family members laugh and joke alongside them. Thankfully, nothing here is taken too seriously, and the often luck based gameplay is light and breezy enough that you can have multiple games in a single sitting.

To review a game like Zoo Run, I have to set aside the usual expectations that come with being a “semi-professional” games reviewer and put my school-age child hat on. Thankfully, I have one school age child and one pre-schooler with whom to share the game, and therefore a lot of what I’ll reflect in this review is their interpretation on it, as much as my own. 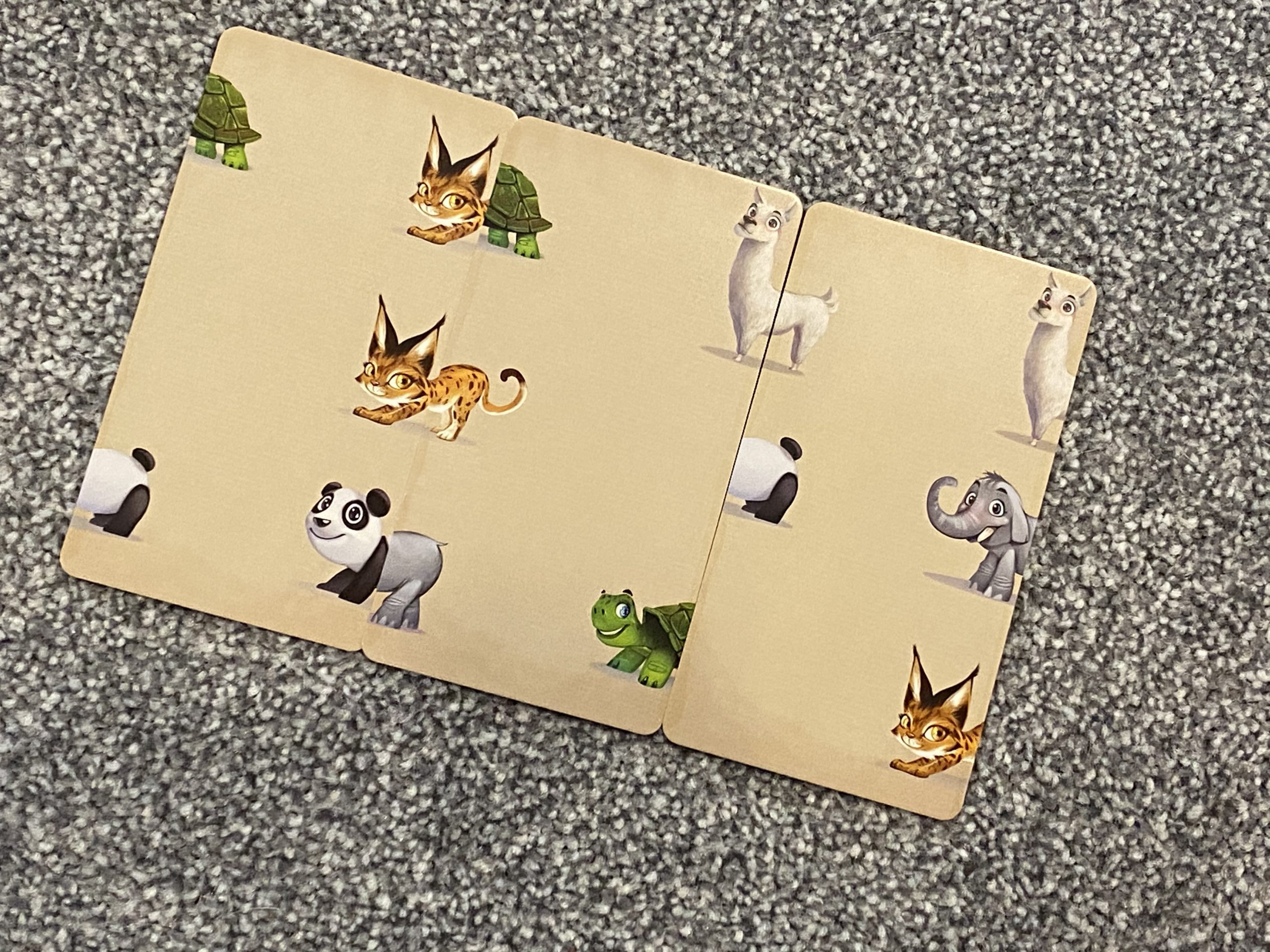 Of course, this isn’t the first kids game that I’ve reviewed, but one thing about Zoo Run that I must mention is that it’s one of the only kids games I’ve seen lately that is pretty much exclusively for young players, with a fairly hard cut off at around the seven or eight years of age point where kids will rapidly see through the luck based gameplay.

That said, there’s a fair bit of value in this little box, and for kids the age of mine, it seems that Zoo Run is an awful lot of fun. Firstly, there are two games in one box, which is a big plus. The first of these has the players working together to match animal cards and help a set number of animals of each kind escape (the number determined by how many are playing) before the zookeeper reaches them. The second mode uses the same matching mechanic to advance each player around the board, but this time it’s every animal for themselves! 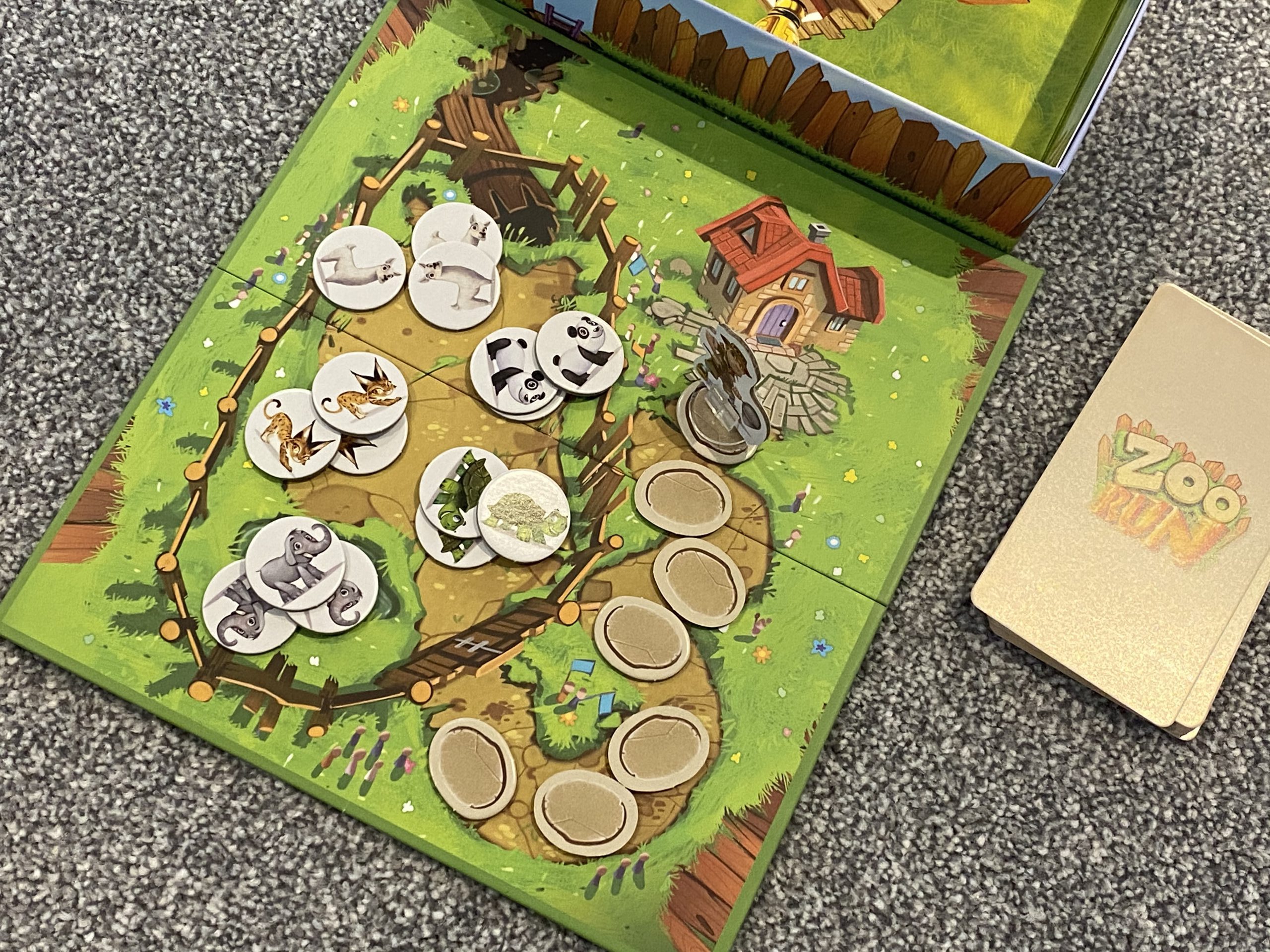 Components wise, Zoo Run features a really nice set of parts for such a small, low cost bundle. There’s a double sided board that represents the two different games, and then there are a number of animal tokens in six different species, as well as several little animal race car standees for the second mode. A zookeeper standee and a deck of cards make up the remainder of the contents.

Whilst mechanically, the games are completely (or near as dammit) identical, the fact that each one has its own components really helps young children identify them as separate things. My older child prefers the competitive version, but the younger one, who idolises the elder, prefers to play cooperatively. In a setting like this (and supporting up to 5 children either way) you can see how flexibility adds value. 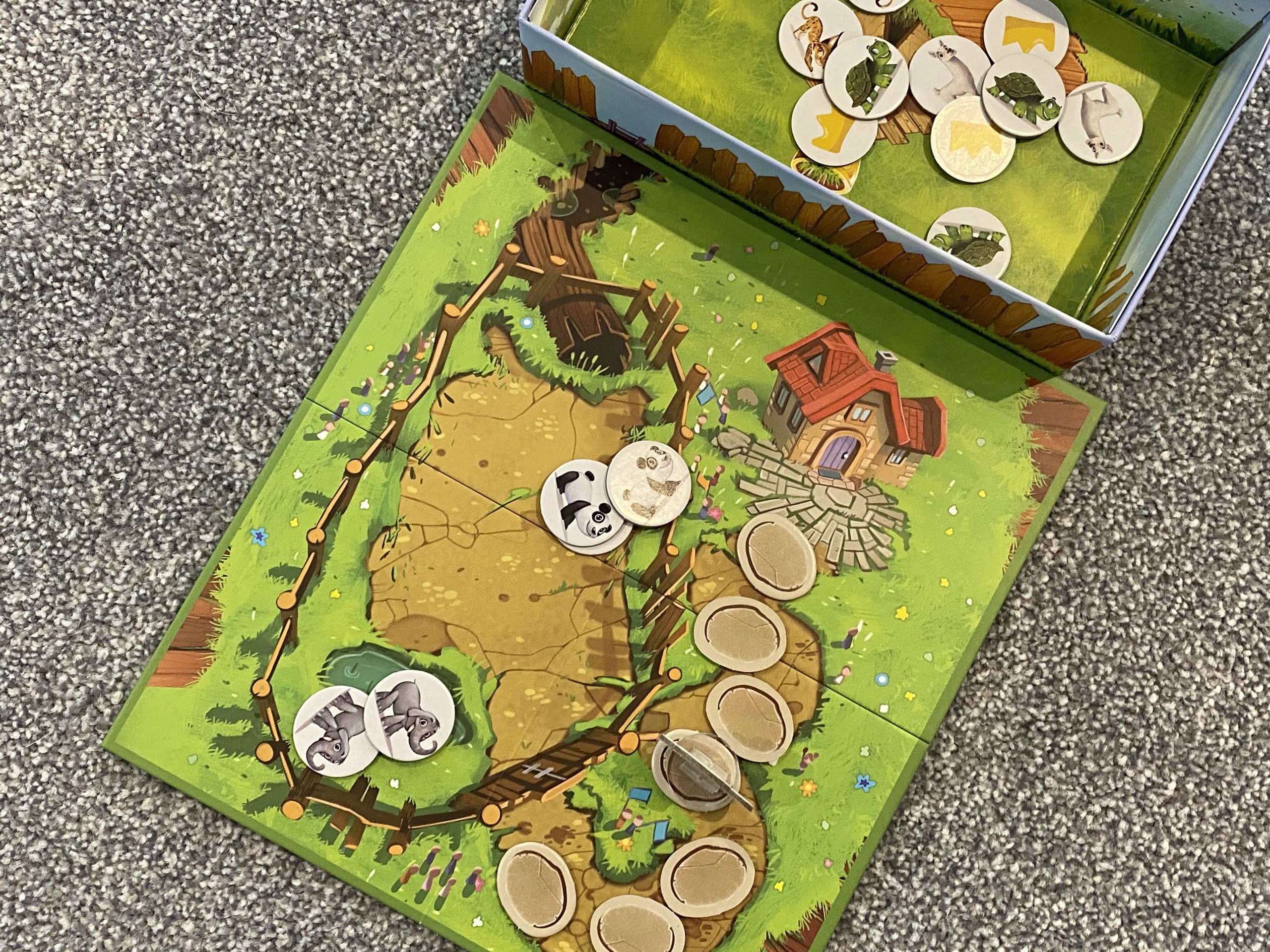 Gameplay wise, things couldn’t be simpler. The players are simply dealt a number of cards (depending on the mode) and must then position them side by side in such a way that the left and right (head and butt) sides of the animals on the cards match. Each card has three rows of animals (top, middle, bottom) and it’s relatively clear if there are matches or not. The game is made in such a way that there will always be one match, but there may be two or more, and making the most of the possible options is literally the whole game.

In the cooperative game, matching a panda head and butt, for example, means you can “discard” a panda token, reducing the number still in the zoo by one. Help every animal escape as a team and you win. In the competitive mode, the need to match animals is the same, but now the more matches you have, the faster your car moves — it’s really that simple. 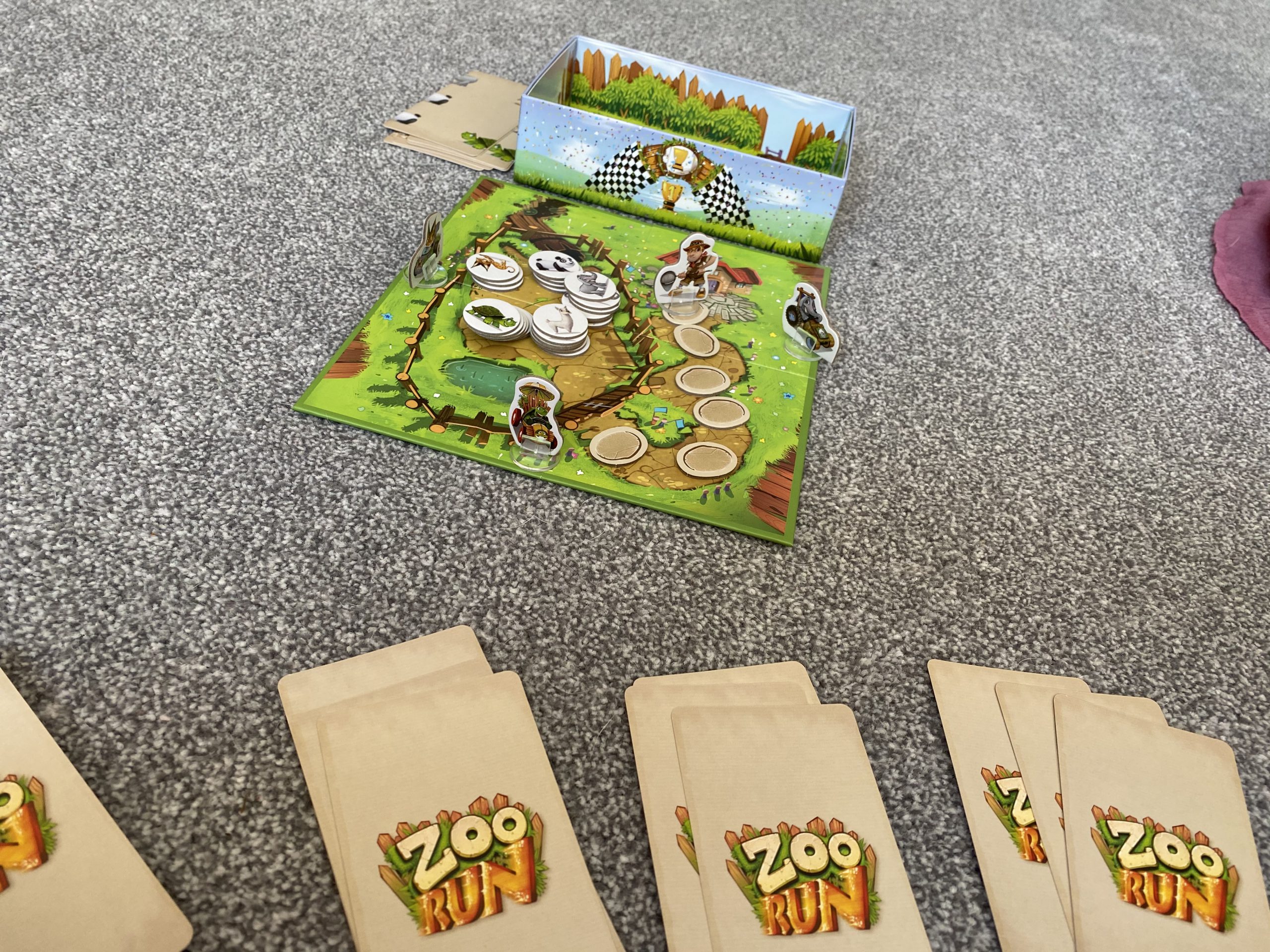 Given the simplicity of this game, there isn’t much more to say about it. For now, my kids love it and I think we’ll get another year or two of fun out of it easily, but I can already tell you with certainty that the day will come when it no longer appeals. That’s simply a result of the simple, luck driven gameplay and the lack of any real choice. Regardless of any of that, Zoo Run is a good game for young children, and it’s a game that parents and relatives can enjoy as well.

You can find Zoo Run on Amazon.