Vadoran Gardens is a tiny box that reveals an expansive journey

Known for the iteratively popular big box games The City of Kings and The Isle of Cats, designer Frank West and his team at The City of Games decided to try their hand at something a little more portable. Vadoran Gardens comes in perhaps the smallest box I’ve ever seen, relative to the size and weight of the game contained within. Yes, the animal on the front of Vadoran Gardens may be cute, but don’t let that fool you into thinking that this is a throwaway experience.

The premise of the game is a simple one — the players are all apprentices of some kind, and the preamble explains how we have been tasked with walking through the titular gardens completing tasks in the various different biomes. Our master expects us to examine plants, tend animals and clean statues — each of which resides in the Earth, Grassland and Water areas. The fourth biome, Sand, is barren and useless to us for the purpose of the game. 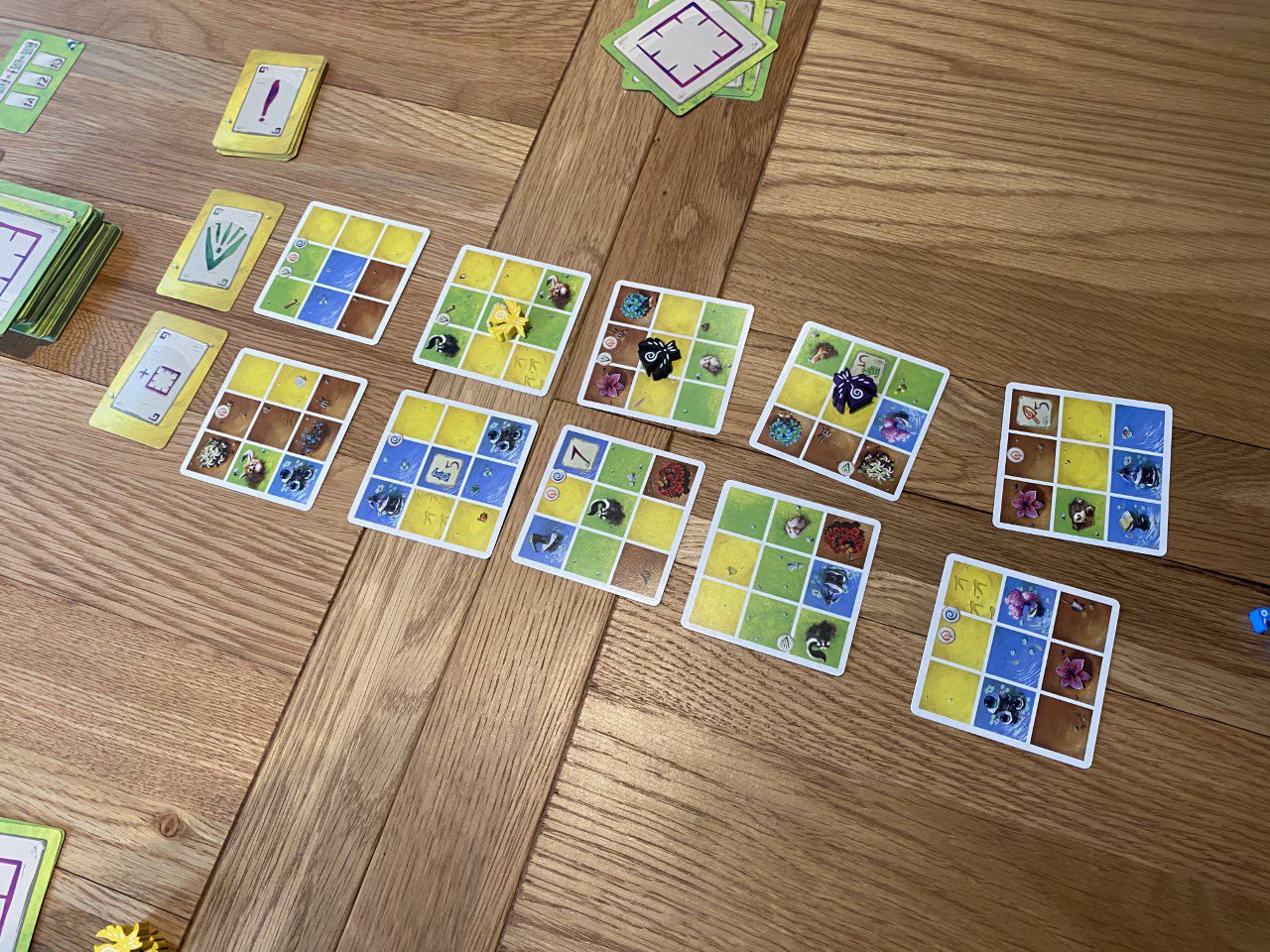 To represent our journey through the gardens, we’ll use square cards, each with a three by three grid of spaces printed on it. From our hand of three (usually) plus one card that we chose by placing a marker on it during the previous turn, we’ll choose one with a symbol on it matching the current “lesson” card. We will then place the card so that it covers one, two or three of the squares on the rightmost column of the previously played column.

The intention here is to place the card in such a way that it creates contiguous areas of the same biome in order to score points. Having three animals, plants or statues in one area will usually score, whilst other symbols on placed cards include lost items, additional bonus points and specific ways to score points against three achievement cards drawn during setup. There are a few other rules such as the total “height” of your garden being limited to five squares — limiting the placement choices that players have. 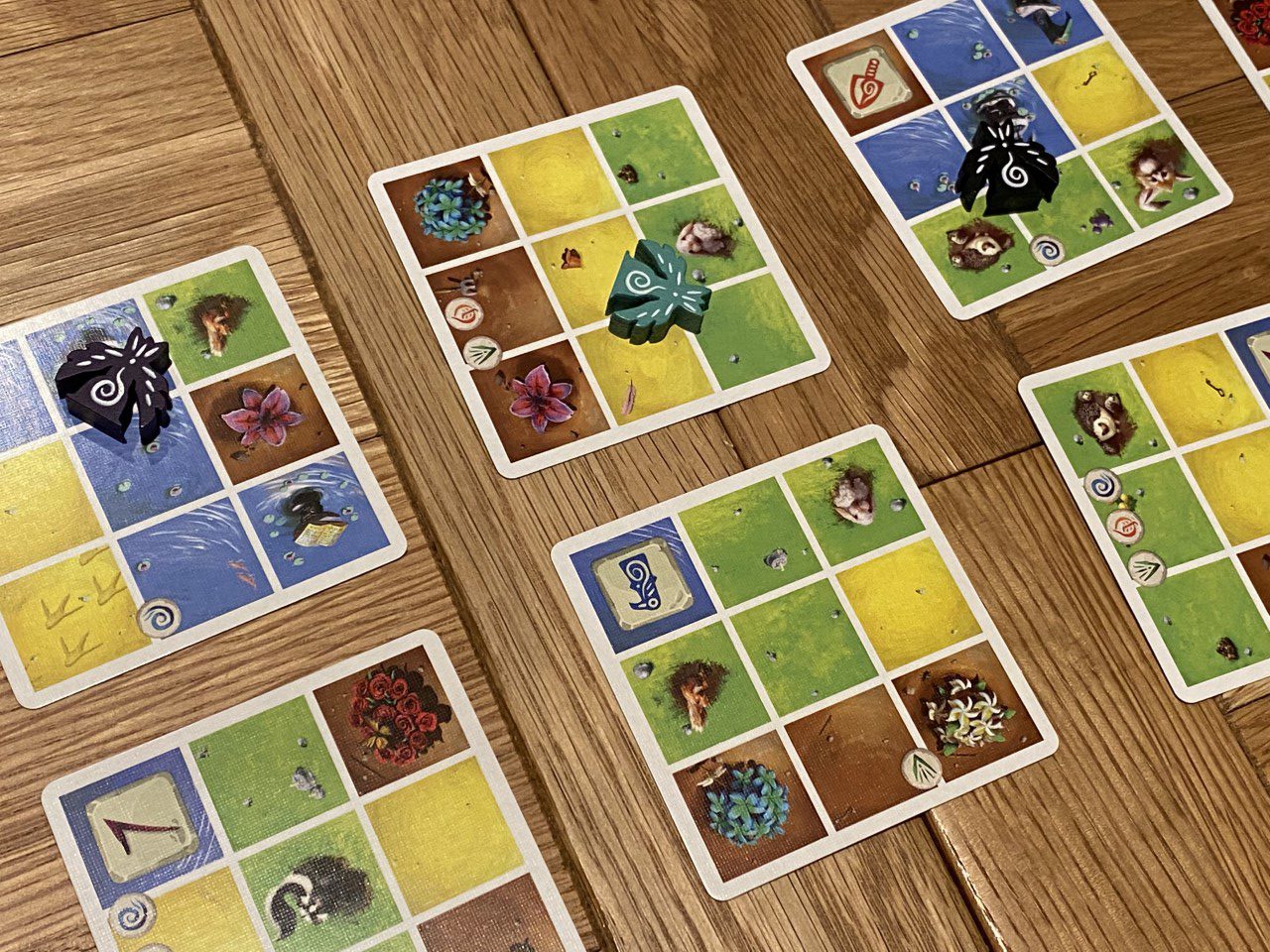 In this way, the players will work through ten rounds and in most cases, aim to place ten cards — the exception being that if you don’t have a card that can be placed on a turn (because it doesn’t match the lesson) you’ll have to skip. Each garden will therefore have ten cards running from left to right, with no more than five squares in height from the bottom of the lowest card to the top of the highest card (adjacency matters not here, this five square limit is right from the leftmost card to the rightmost card).

All of this makes Vadoran Gardens quite the space hog, when you also factor in the two rows of cards (which can be up to six wide) plus the lesson cards and achievements in the centre of the table. I’m not saying it’s as big as some full size games, but it’s not far off, and as I was saying earlier, it’s definitely more of an expansive game than you would have expected from the five inch square box. 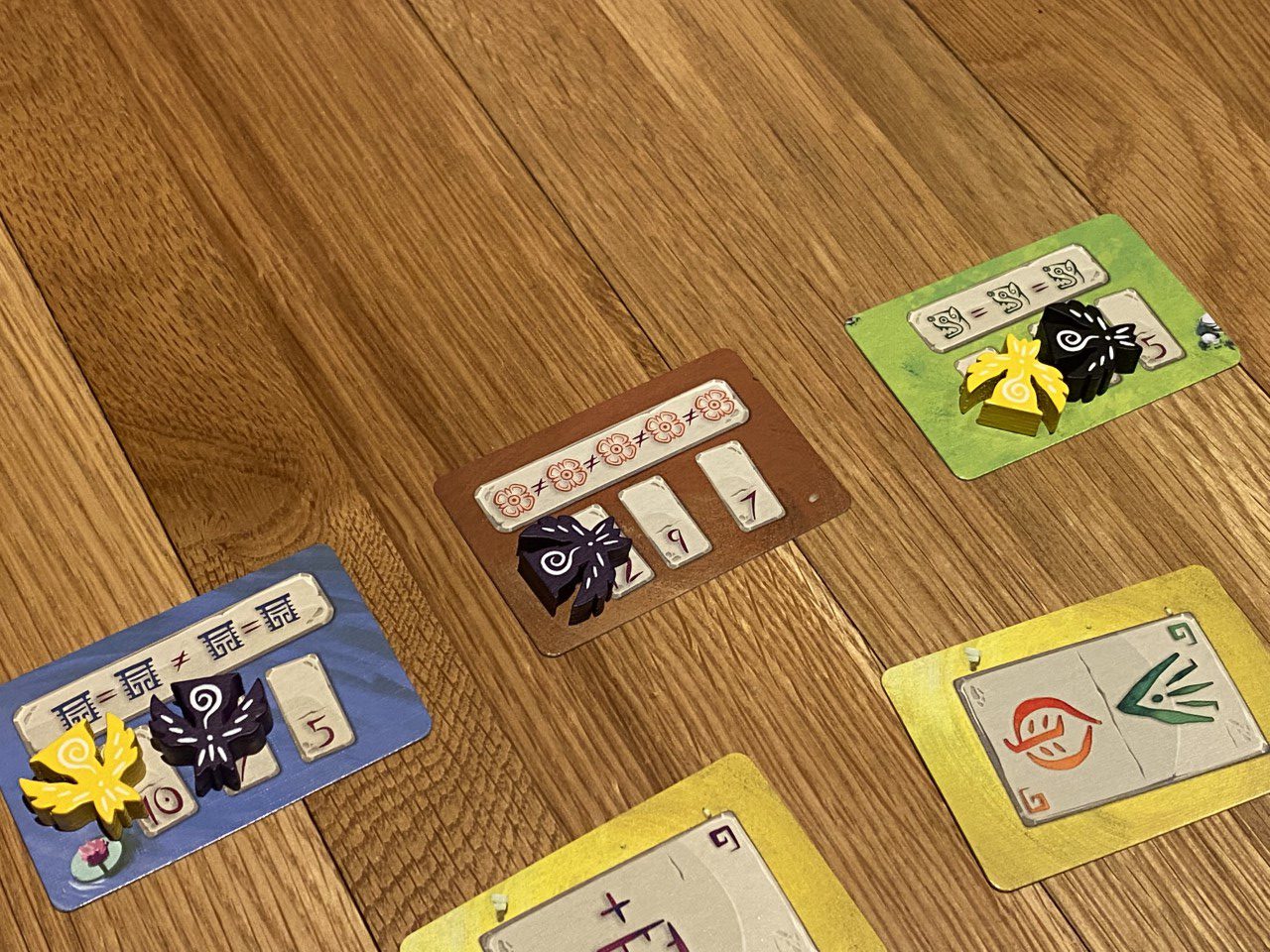 The game weight, also, belies the size of the box and the cuteness of the critter on the front. If the placement of cards were any less restrictive, the game would probably slow to a snail’s pace due to the decisions you’d have to weigh up. Every turn is a balancing act of targeting the most points from the obvious match between the card you’ve just placed and those in your hand, plus those with “bonus” symbols of various kinds, and those which might deliver an objective to you.

On the one hand, I have a mind to call out that the game feels a little restrictive — the five square height and the restriction on placing cards based on the current lesson feel like they drive bad choices. But, as I’ve just said, more freedom would probably lead to decision paralysis that would be unwelcome in such a small game that is clearly marketed to be a little lighter than the other The City of Games efforts. 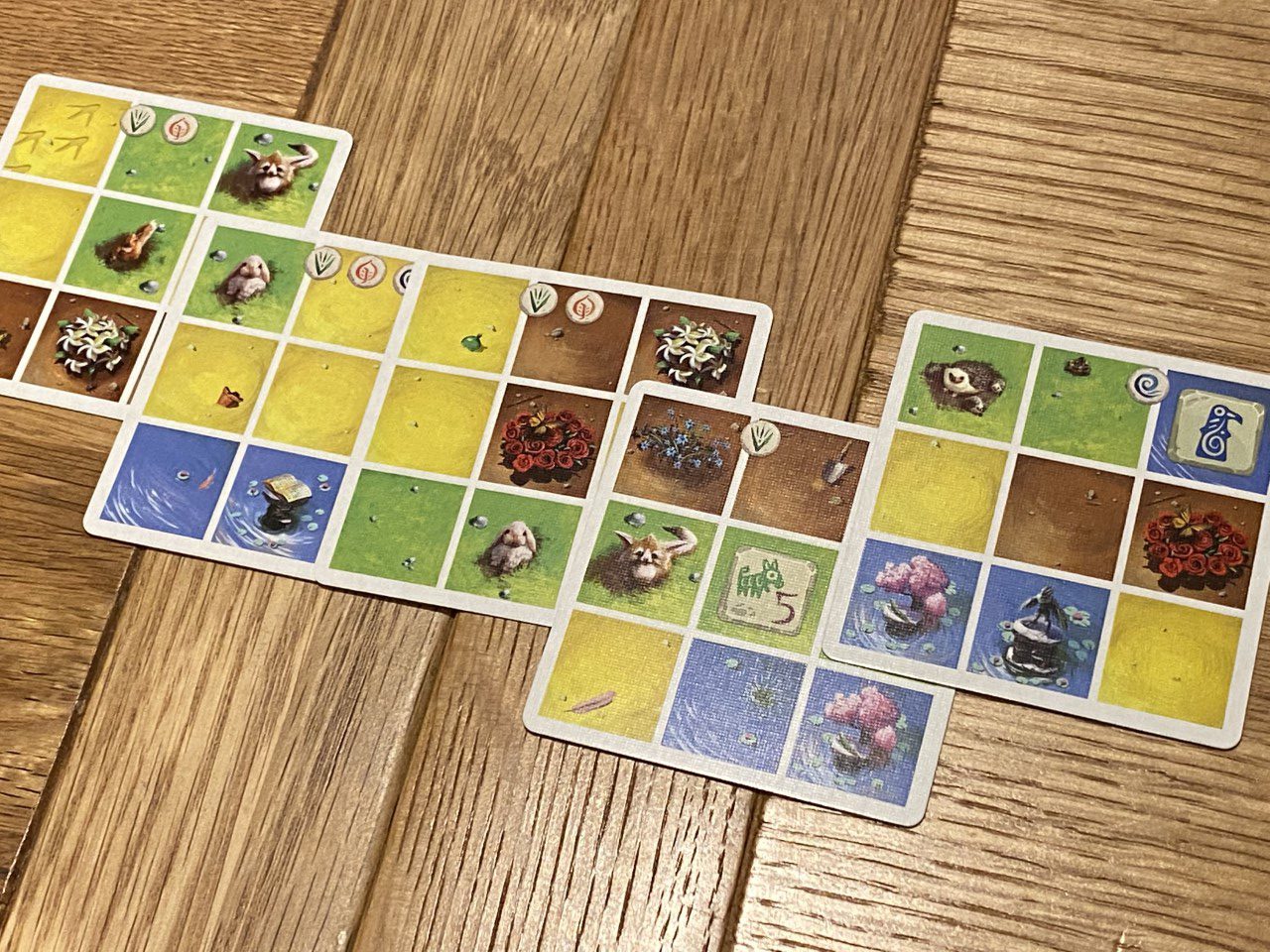 Weirdly, Vadoran Gardens is also given an age rating of eight plus — and that certainly fits with the image on the front of the box, which has been dragging my children towards it like a moth to the flame. That said, I think it’s a complex game with a lot of relatively small rules in it for an eight year old to comprehend. Never mind though, the kids have had fun playing it, even if I’ve had to coach them through the odd decision and prompt them towards the right card (based on the current lesson) from time to time.

Because of the slight mismatch between theme and weight, it’s hard to see where Vadoran Gardens really fits. It’s probably a really good game for people who have limited space but light an approachable yet crunchy game, and it is also likely to be decent for kids of perhaps ten or eleven upwards. It’s also an excellent travel game — fitting well into a luggage bag and then expanding outwards on the table of a caravan, or on your plastic table beside the pool, perhaps.

You can find Vadoran Gardens on Zatu Games.