This impressive solo dungeon crawling experience has exploded its Kickstarter target by hundreds of percent, despite having been live for just over ten days.

Unbroken is the second project to be Kickstarted by Altema Games, although it is materially different from Cauldron, the game it follows up on. Whilst the previous effort from Artem Safarov and his team was a competitive, mid-weight potion brewing game with component drafting and direct confrontation, Unbroken is a short, challenging solo experience.

The game begins with a non-traditional take on the classic dungeon crawling experience. The player enters a dungeon with their usual adventuring crew, only to find themselves quickly trapped and alone with their friends dead or missing. What follows is a brief, brutal and extremely compelling game filled with monsters, loot and most importantly, challenging decisions. 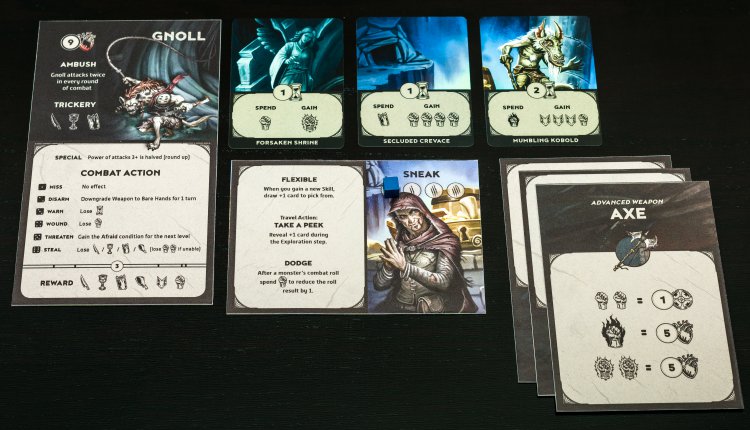 Whilst we haven’t been hands on with the game, previews from out in the wild are suggesting that Unbroken is a must-have addition to any solo board game collection. From what I’ve seen, the game is built around a set of combined time, effort and food mechanics which task the player with spending their resources wisely in order to defeat enemies using the restricted tools and abilities available to them.

Gaining resources and items is achieved by scouting through the cave and spending effort to mine or gather, for example, which in turn reduces the amount of resource available for the next battle. Effort is split into small effort (which is also player health) as well as medium and large effort, which represent uncommonly challenging exertions. 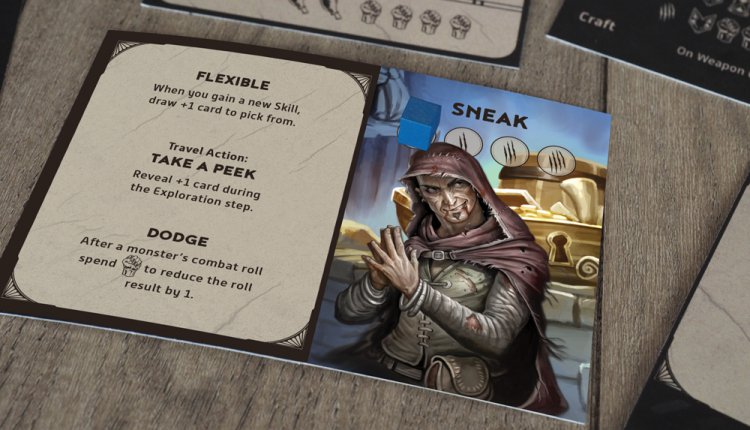 Whilst physical strength, combat and weapon abilities enable a route to defeating enemies and receiving a number of rewards associated with doing so, there is always an option to trick enemies and simply slip past them. In doing so, the player will be able to avoid a tricky (or even impossible) encounter, but he or she will also forgo the rewards associated with defeating the enemy in question.

The game features six possible enemies per level and four levels to fight or run through before the player makes their escape. So, win or lose, the experience is reported to last no more than around half an hour. As someone who travels often and enjoys a challenging solo experience, Unbroken certainly has me quite excited and I’m looking forward to checking it out at the first chance I get.

Unbroken is on Kickstarter until April 25th and can be backed for just 29 CA$. You can link directly to the Kickstarter here.

Unbroken is a dedicated solo board game that will leave you complete!