Tropico 6 on Switch shines in handheld mode, but let’s leave it there…

Wonders never seem to cease when it comes to what can be achieved on Nintendo’s Switch. For me, being able to access a pretty much complete edition of Civilization VI will be tough to beat, and yet developers continue to push the envelope with ambitious, large scale strategy games time and time again. The latest of these is Tropico 6, which represents quite an achievement due to the expansive archipelago system that was the unique selling point of the original PC release.

Indeed, if you’re a fan of the Tropico series then you very likely know what to expect as soon as you boot up the game and a new but oh-so-familiar latin jazz beat sends your feet into a tapping overdrive. Tropico 6 is — in almost every mechanical way — identical to Tropico 5, with the key differences being some very slight tweaks to buildings and what they do, and the way in which each mission is structured. 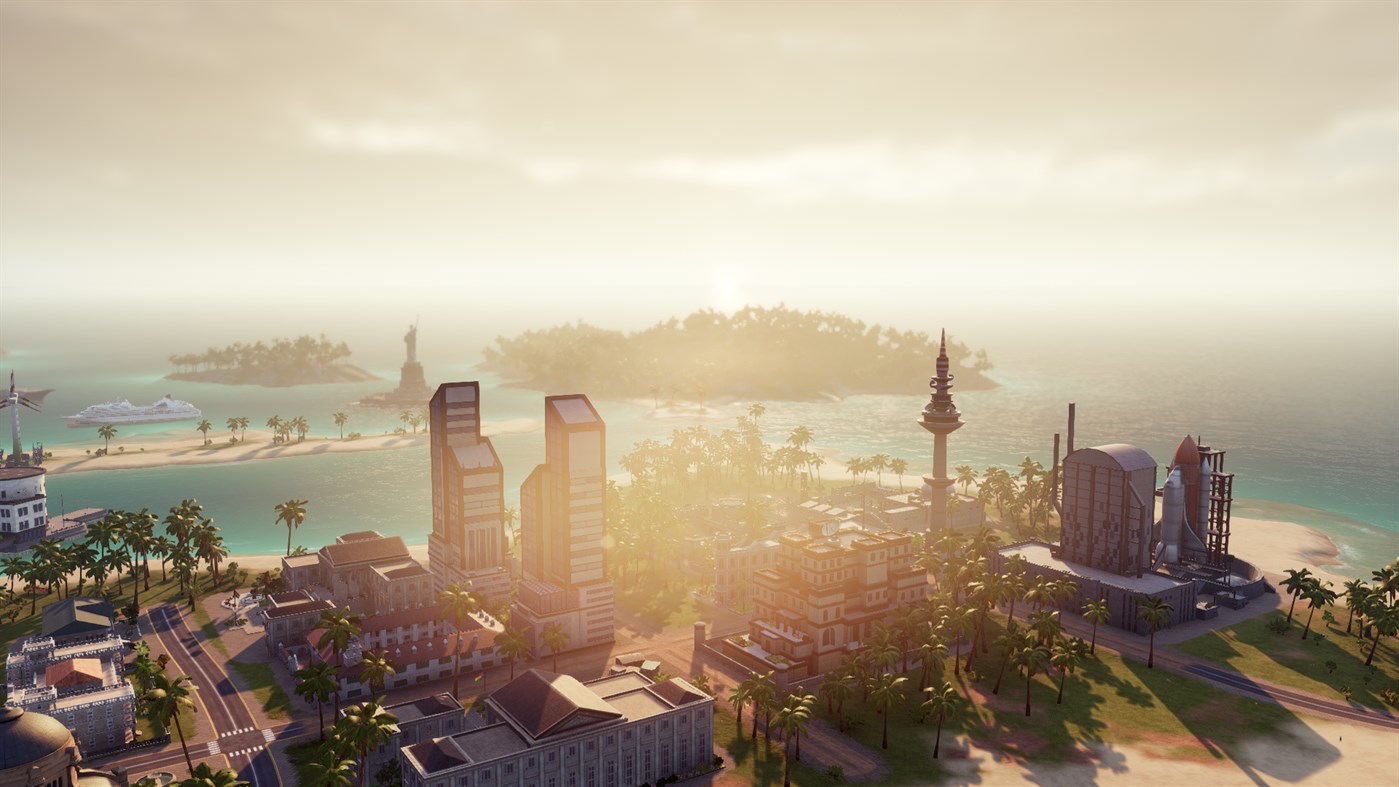 In all Tropico games including this one, the player takes on the role of El Presidente — the fully customisable dictator-elect. The game structure includes Tutorial, Campaign and Free Play modes, with the Campaign being more story-driven than most, and considerably longer than you might expect. Free Play takes away any scenario based structure (unless you create your own) and simply lets the player loose on an island of their choice.

Campaign mode is where I have spent most of my time, thanks largely to the fact that in Tropico 6, at least, the levels are finely balanced to offer an excellent ramp up from “easy if you’re sensible” to “quite tough, even if you apply everything you’ve learned.” This works really well on the Nintendo Switch, because some of these levels can take upwards of two or three hours if you want them to, so the ability to pass the time on a train or aeroplane — should travel ever become common again — quite welcome. 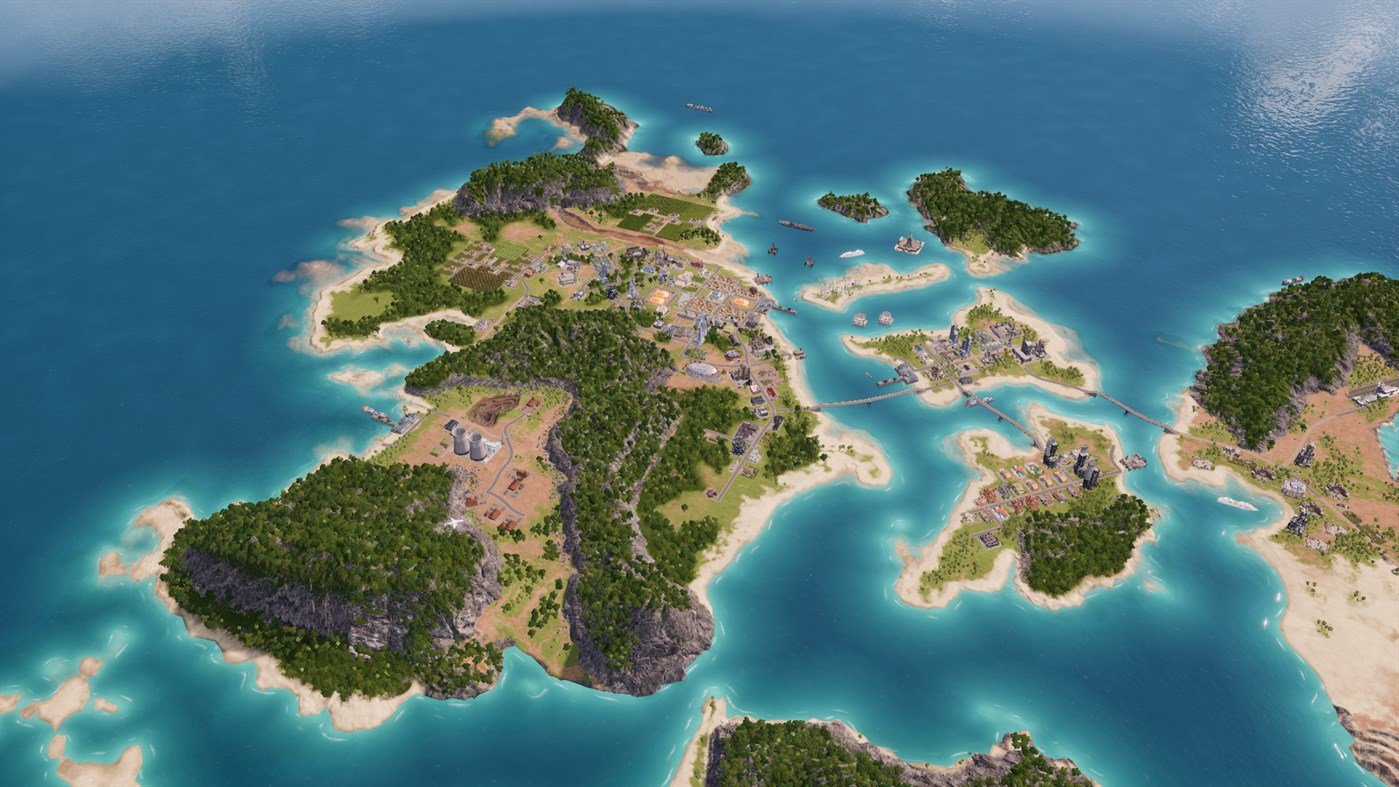 The controls in Tropico 6 on Switch are generally very well done, with the ZL trigger allowing access to a radial wheel of “governmental” options, including trade, production and island overlay details, as well as edicts, construction and so on. Even better, the most common of these (construction) is also mapped to the Y button as a shortcut.

Menus with multiple layers (such as construction) are really well done, with a single button press opening the menu (with no need to hold) and then the left stick used to choose from the different kinds of building — raw production, processing, religion and culture, military etc and a second button press then advancing into that layer. The only downside is that when you want to build multiples of the same building (a row of tenements for example) then there’s no button that I’ve found to quickly make the same selection again. 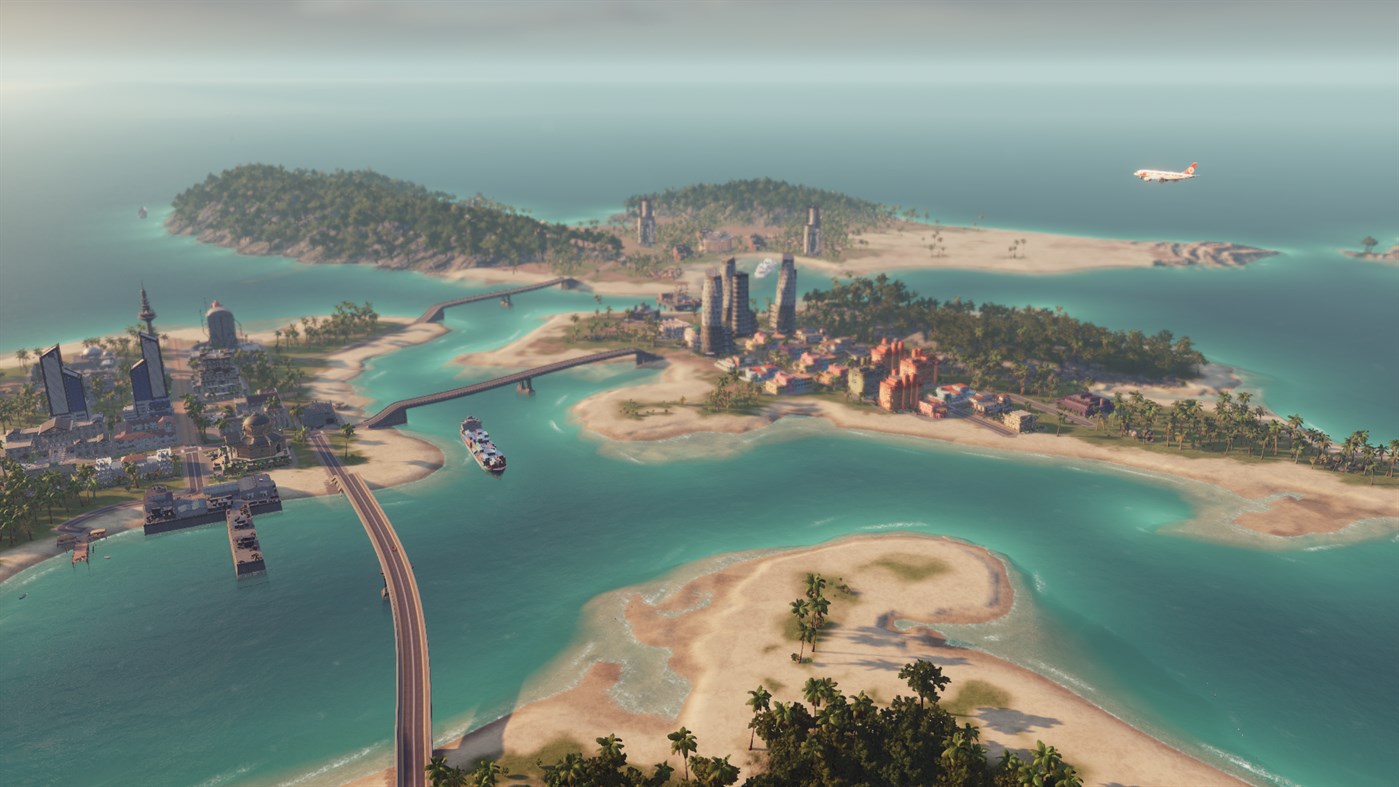 The left stick is used to pan and zoom, and holding down the R2 trigger allows the player to alter the viewing angle. This allows for extreme close up views at street level, should you so wish, and it’s also possible to select individual Tropicans (as per previous games) and follow them, as well as to read about their political alignment, wealth and so on. A click of the left stick or zooming right out and holding will allow the player to switch to a more birds eye view of all of the islands in the level, and this trump card (offering double or triple the total landmass) is Tropico 6’s special sauce.

All of this looks fairly decent on the Switch in handheld mode. There’s no way the game will win any prizes for it’s visuals, but because of the small screen and the available resolution, the outcome is good. The in game visuals move smoothly and carry plenty of detail regardless of zoom level, whilst text boxes and menus remain clear, with a sensible text size that is neither too small nor too huge due to resolution scaling. 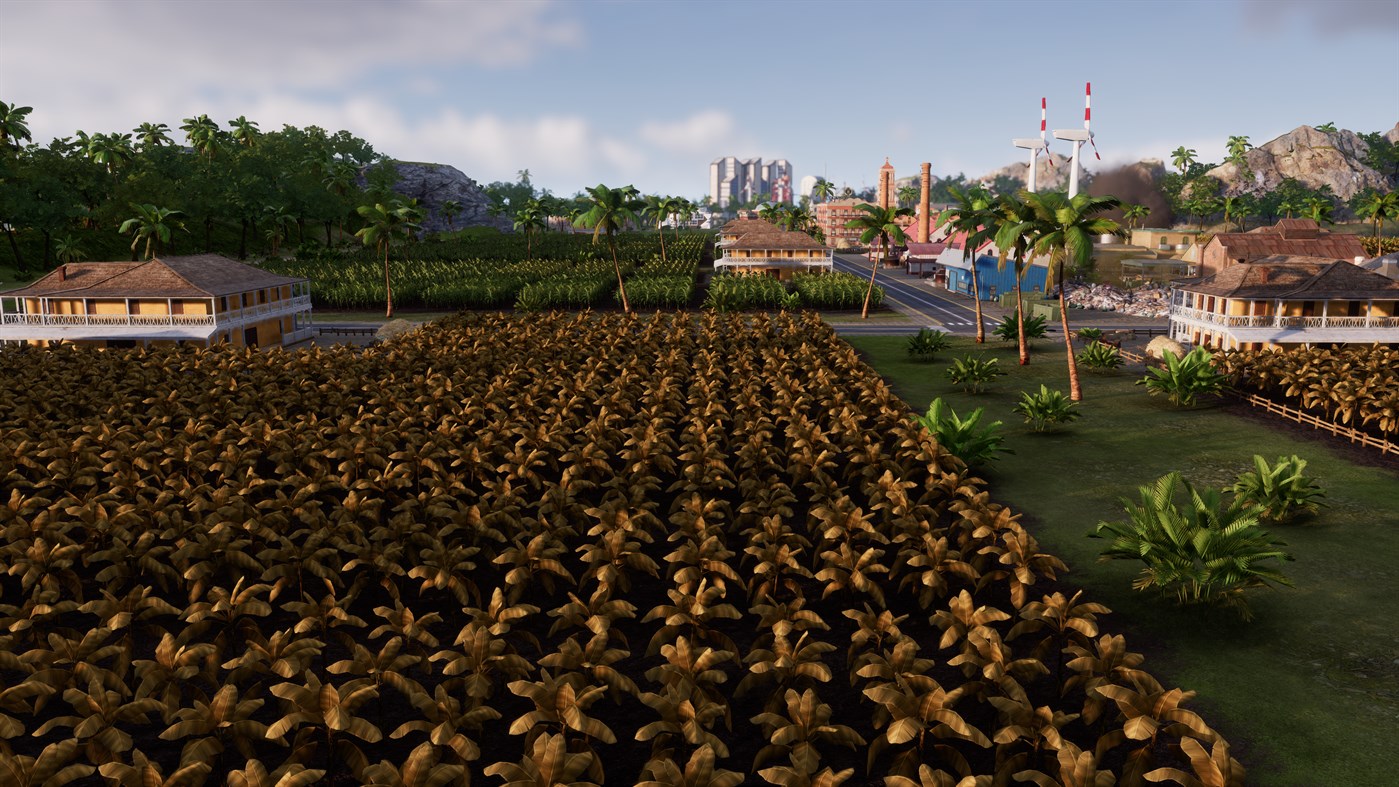 On the television, it’s a bit of a different story, and Tropico 6 looks fairly poor on a 55 inch television that upscales to 4K. It’s not awful and I’ve spent a fair few hours staring at it, but if playing on the television is a hard preference and you have a choice to use a PC or an Xbox One, then I’d suggest you do so over the Switch version. Regardless of how it looks, docked play is at least smooth and stable, which is probably better than a prettier, stuttering alternative approach.

So if you’re not familiar with Tropico, you might be wondering what to expect. As I mentioned earlier, the player will take control of El Presidente and initially, we’ll be given a mandate to rule a couple of islands under the authority of the English crown. The first few levels serve as a tutorial beyond the actual tutorial, teaching the player how to set up raw materials, production chains and trade routes, and how to smuggle, fight pirates and so on. 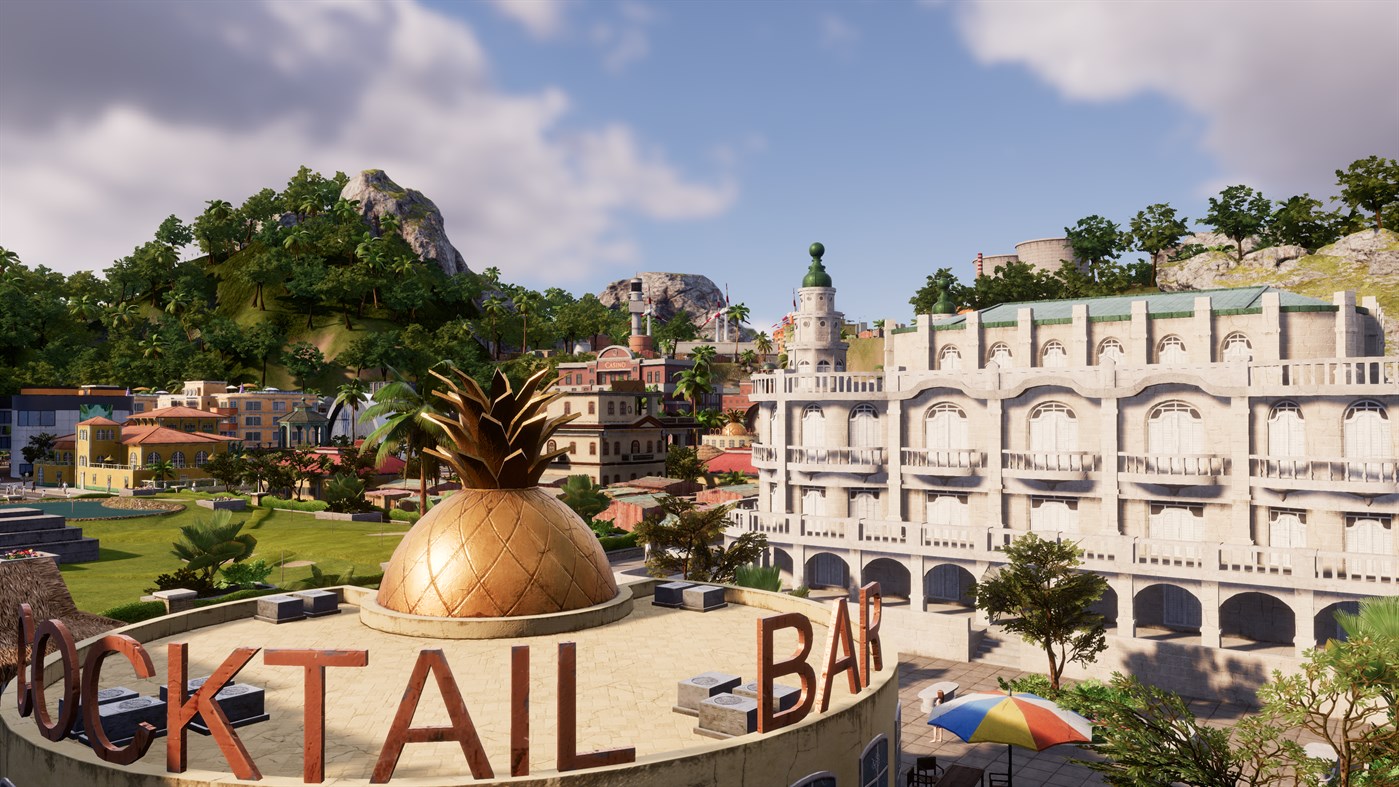 As with everything in Tropico 6, these objectives (which are dynamic and ever expanding throughout each mission) are delivered by a familiar cast of characters both good, bad and indifferent – but all charismatic. El Presidente’s constant companion “Penultimo” returns, as do the leaders of the Communists, Capitalists, Catholics and the leaders of the US and the USSR. Each one (perhaps excluding Penultimo) is out for their own gain, and managing their different requests is a key part of the game.

As you consider the objectives set by others — including completing trade routes, raids or certain happiness levels (housing, religion or whatever) then you’ll also need to build a thriving and happy island. This begins by extracting raw materials like coconuts, fish, wood or metal and then processing it into more and more valuable items. You can also grow crops and animals, which may simply feed the people, or might go on to contribute to the economy. 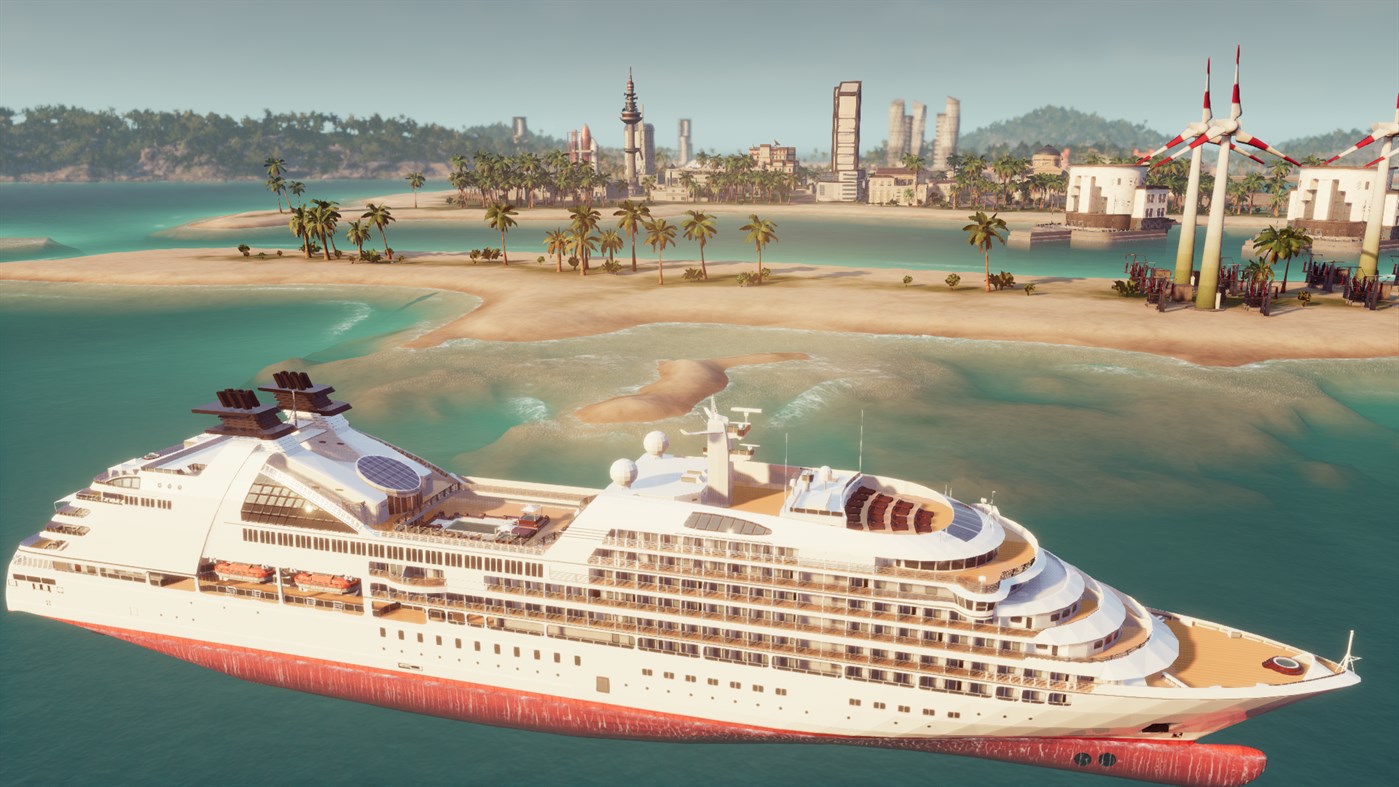 There is, in honesty, a simple joy to how this works in Tropico 6 that I have loved since Tropico 3, and that feels very organic. You build basic businesses and people come, then you give them cheap housing. Then you build processing buildings and people begin to require education, so you add a school. Educated people want better housing and more culture, so you build larger houses and a theatre.

This cycle continues up the building tiers as you unlock them, and Tropico 6 carries the “era’s” concept over from Tropico 5 by adding time locks to certain advancements. The colonial era, the pre war era, the cold war era and modern times all feature, and the demands of the people for new technologies and amenities as time passes in the game world are constant. 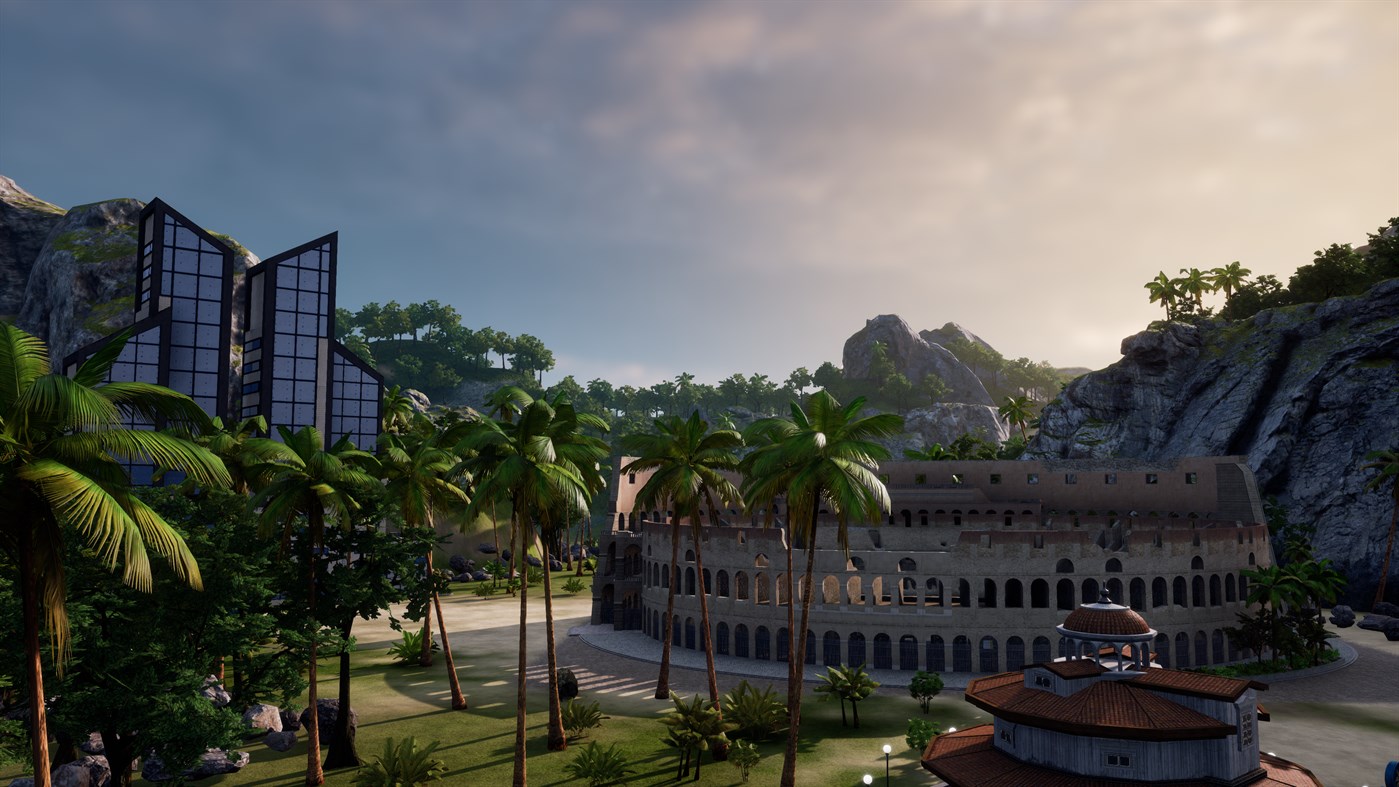 I’ve been a big fan of Tropico for many years, and whilst I can be a bit critical that each new version offers even fewer changes than the latest FIFA, the formula has been refined to near perfection. Tropico 6 may feature upbeat music and relatively simple management concepts, but new players shouldn’t underestimate the amount of the control they have — and will need to exert — in order to rule here.

The Nintendo Switch version specifically is without doubt inferior to the PC and “bigger” consoles in terms of its technical performance. You don’t need a detailed analysis to see that. However, it does have the unique aspect of being entirely portable, and it delivers the full experience without any omissions as far as I can see. That’s a powerful thing if you travel a lot because it is such a deep and immersive game. If the Switch is your only console and you like strategy, then Tropico 6 is a must buy.

You can find Tropico 6 on Nintendo Switch, PS4, Xbox One and PC.