Mods, a very scary term used in the gaming world. Fret not though, for this mod for Dawn of War II that I’m about to go into will not be about turning all of your units into bacon sandwiches, or letting you play as He Man.

This mod has in fact brought a dying game back from the ashes and breathed new life into it. We’re talking about the Dawn of War II: Elite Mod. 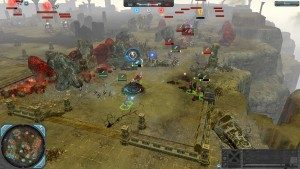 First thing’s first – what is Dawn of War II? Well, It is the follow on from the very popular game series Dawn of War, which is an RTS style set in the Warhammer 40K universe. So if this game is so popular, why have I claimed it needing to be brought back from the dead? Well, in December 2012 THQ – who released the series – went bankrupt. Among other things this ended the majority of the official support for the game – post launch patches and balancing nerfs were never delivered, and the game was left in a desperate need of a few hefty tweaks and a bit of love. Enter the Elite Mod.

Roughly a year or two after THQ’s shutdown, official support was cut and the game was just floating around on Steam looking for anyone to love it. Caletos, a pro-player that had started up the project that would soon become the mod,was bringing together other players whose love for the game had never died, and who also had skills which could turn the idea from concept to reality. 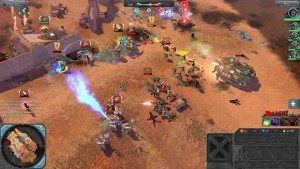 While Dawn of War 2: Elite Mod is called “Elite mod” it is actually more of a balance mod; adding a new race, new units, and tweaking the balance of the whole game. Its development was by the very community and fan base who loved the series and had an honest want and desire for the game to improve towards perfection.

Well the new race in Dawn of War 2: Elite Mod that is introduced is the heretic hating, God-Emperor loving, demon banishing Space Marines! Or as we Warhammer nerds know them, the Grey Knights. They were bought in as an extra commander for the Space Marines and are very similar to their gene enhanced brothers in both play style, and looks. I could go more into them but that would require a lot of lore, so if you’re interested go look them up and geek out on some 40K.

As for new units, every race was given at least 2 units, and while some got 3 extra units. (greedy right?)  Let’s mention a few by giving you some examples, there are the Orks Flash Gitz, Space Marines Whirlwind, Eldar Dark Reapers, and Imperial Guards Kasrkins (we don’t mention Chaos too much). While these have proven to be sometimes hard to balance, causing a bit of upset in game, these problems can be overcome very easily with pure sportsmanship, or just using something which is more broken. The choice is up to you. 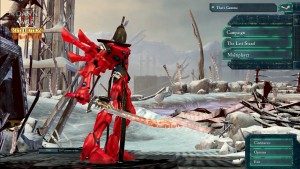 To summarise, I feel like Dawn of War 2: Elite Mod has really given new life to the game, with monthly tournaments run by the community, and a 1v1 ranked ladder run on the website itself. You can either rekindle your love for the game, or even find a new love for the game.

However, if you’re worrying about the fact that you have never actually played the game before, then fret not! For the community have very kindly put together a noob group for new players, allowing them to find their feet, and aiding them with getting used to the game, and with everyone willing to help, and the 1v1 noob tournaments, you have nothing to lose.

You can go check it out by clicking here!