Terraformers is a colony builder that thrives with thoughtfulness

Explore and populate the surface of Mars with experiments and projects in Terraformers a single-player, combat-free strategy take on space-colonisation.

We’ve been to Mars in games more than a few times over the years, it has an incredible habit of cropping up in 4X games, but also a lot of games about ecological awareness — which is, understandably a very popular and important topic at the moment. Terraformers has you terraforming Mars, and building a sustainable colony before changing the very nature of the planet to make it hospitable. It’s all about balancing resources while also gradually building up systems and increasing your settlements’ efficiency.

I don’t know about you, but when I first heard about Terraformers, the first thing I thought about was Terraforming Mars. Terraforming Mars is a giant of a game, an engine-builder board game about competing players snatching up surface area and specialising their properties to create spiralling domino effects as you move toward the close of the game. It’s a masterpiece in board game design that accommodates a mass of different playstyles depending on player experience. A tough comparison for Terraformers to come up against, even if Terraforming Mars‘ digital adaptions haven’t been particularly well-received.

So, when I saw Goblinz Publishing’s row of games at WASD and saw Terraformers there, I knew I had to give it a go.

Terraformers, which is launching into Early Access on Steam very soon, pleasantly surprised me. I was expecting a deluge of options, play styles and keyboard commands to utterly blind me from the get-go. However, the team at Asteroid Lab have done a great job of keeping a relatively clean user interface and has very clearly put a lot of effort into the onboarding process. 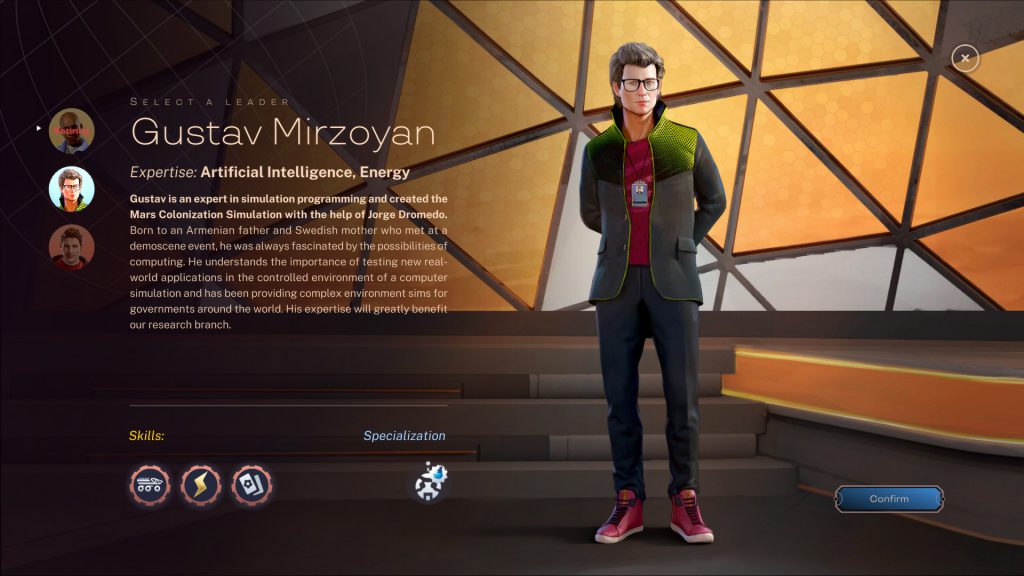 It all starts with your first city and you picking your first leader. Each leader gives you a choice of special actions you can use each turn, as well as having a specialisation. The leader options cycle around randomly, however, you won’t get the chance to have the same one back to back, and the opportunity to elect a new leader is often welcome as once you’re up to your second settlement and beyond you’ll be spoiled for choices with what to do in each turn. However, when it all starts out it’s incredibly easy to get going.

Each turn gives you a selection of projects to choose from. These are initially buildings that can be placed in your cities, however, after a short while you’ll be able to get buildings that upgrade empty grids on Mars, or larger projects which advance the colonisation efforts. Each of these projects has a cost associated with them, meaning you’ll want to clearly plan out how you trade, gain resources, or place buildings, in order to get the ball rolling on resource creation. Terraformers is very much about careful placement, although — refreshingly — you can move buildings once they are placed. Placement is key because most early buildings only give limited resources, things like food (which sustains population), power, population or drones (which allow you to expand your reach across the map) are essential in order to expand, and you’ll very quickly gain the ability to place buildings that grant adjacency bonuses. Place a soil plant near a farm and you’ve increased your resource gain, however, place it at an intersection between three of them and you’re laughing all the way to the bank. 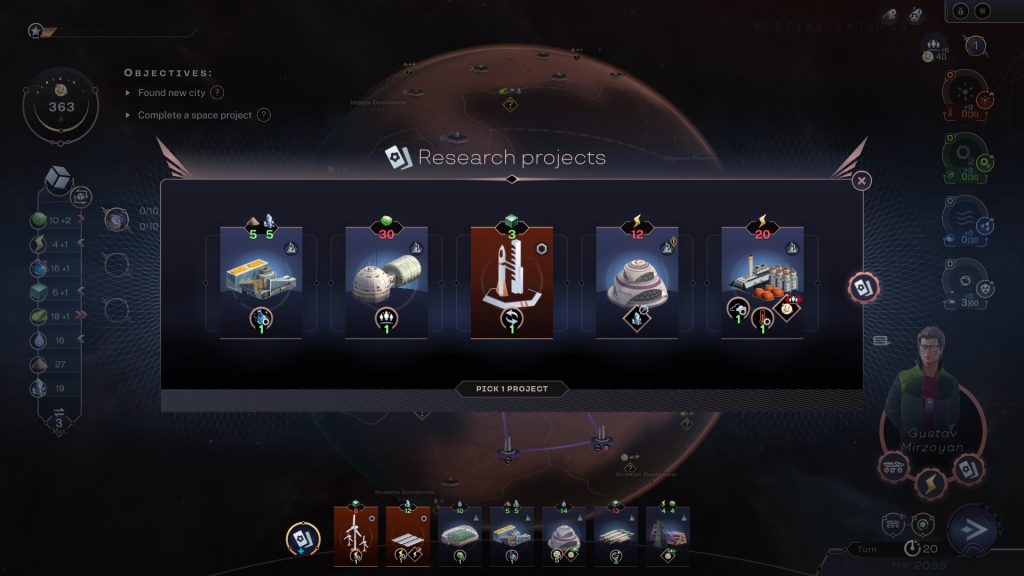 Unlike most other games that have you setting up colonies, Earth is still around and is willing to help. In fact, not only does it grant you surveillance satellites early on, but it also steers your direction when it comes to the actual terraforming element. Terraforming, and creating a liveable environment and atmosphere, is the endgoal, but you’ll need to map out the planet first, and that’s where you’ll spend most of your early and mid-game efforts. Scouting is different from claiming, and claiming is different from actually gathering resources from the spaces. You’ll need to rein in your ambitions too because the further a space is away from a functional city, the more expensive it is to interact with the space.

This means that a lot of the game is about sprawling carefully across the surface, reaping and refining resources while also creating cities to amp up the human and droid population to further fuel your expansion. Terraformers is all about steady, balanced movements, and it begs you to slow down and think about what you’re doing before you take action — even if there is no time-out or looming fail-state. In this way, it feels like a true, solitaire city-builder, and a great one at that. 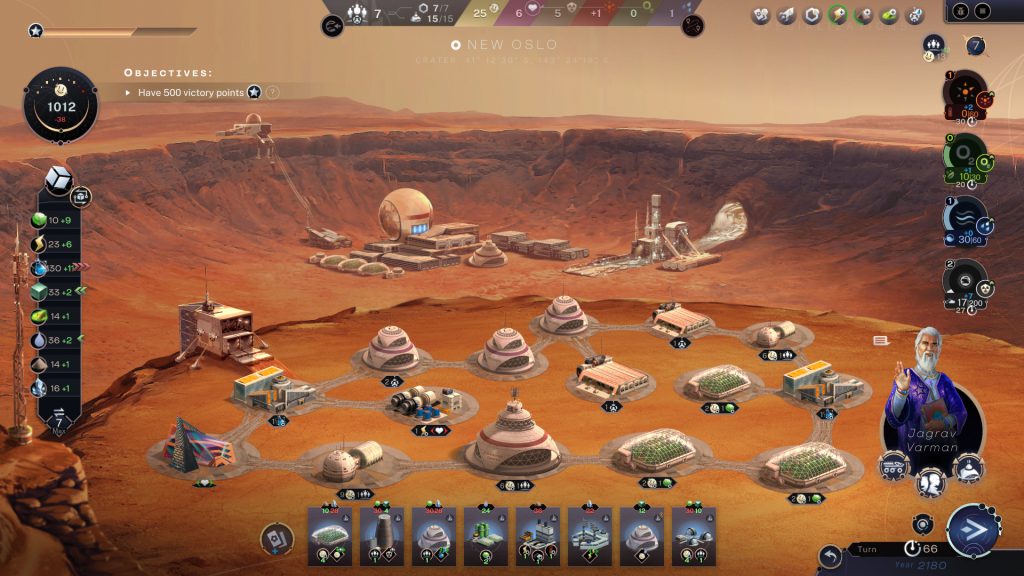 I only played a short amount of Terraformers, barely touching on the late-game projects and heavier terraforming. There’s talk of Space Projects, greater trading and city migration (as a result of established oceans and tides!) and it’s all quite exciting. We’ll hopefully learn more about it following its Steam Early Access launch.

Terraformers will be available on Windows, Mac and Linux, via Steam Early Access, on 21st April.