Tala and the Flower Seed Preview — A Whimsical, Hand-Drawn Adventure

Tala and the Flower Seed was one of the most charming demos I played while at EGX Rezzed and I hope that lots of people had the opportunity to check it out over in the Leftfield Collection. Do bear in mind that the demo is but a small window to a full-length point-and-click adventure game called Tala.

What really stood out for me was the look of this game; a combination of nature photography and whimsical, hand-drawn animation by The Garden Well. A talented one-man studio set up by Melbourne-based animator and artist Matt Petrak in 2017. He describes Tala as “an explorational puzzle game that combines traditional animation techniques and nature photography”. 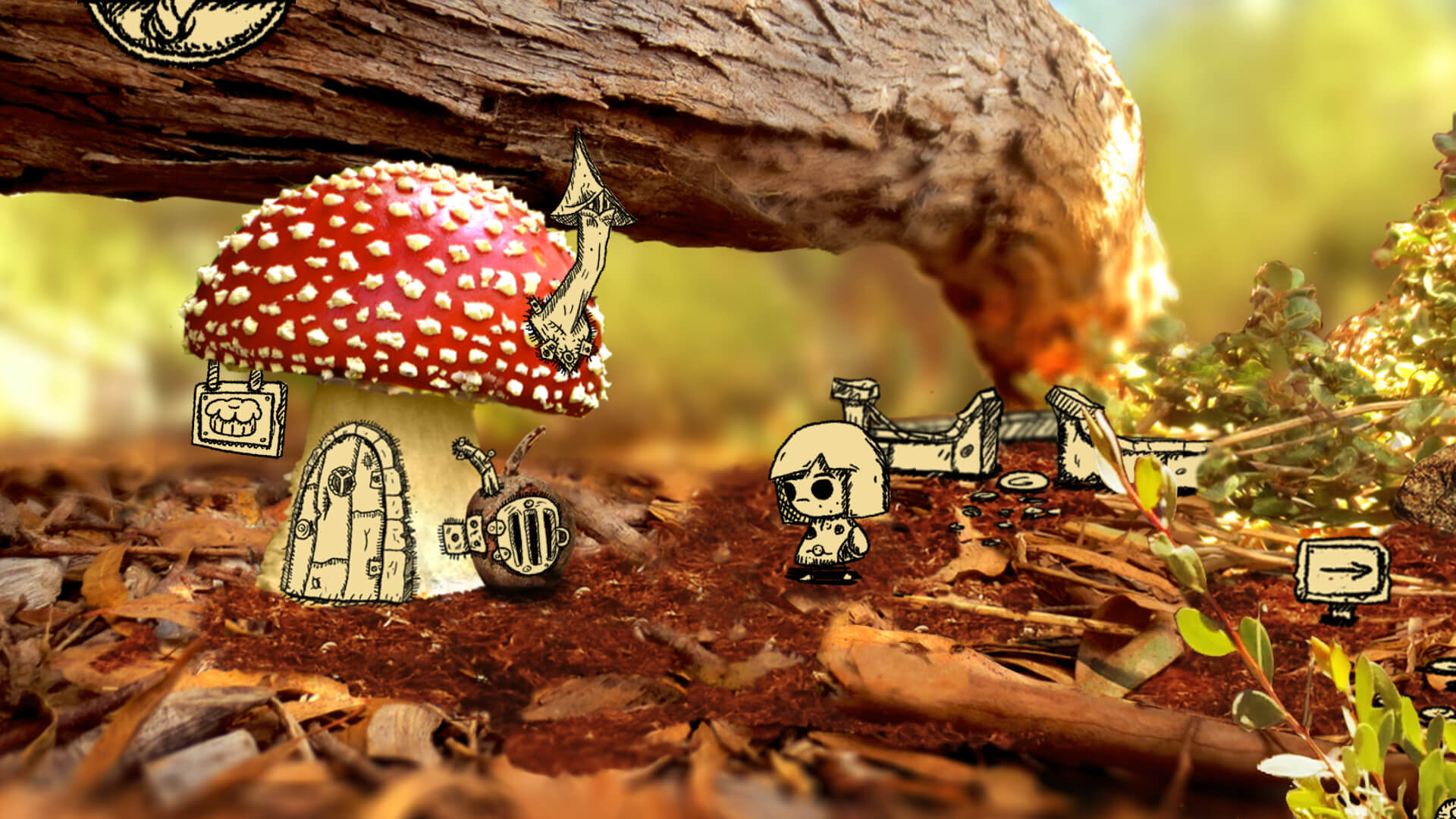 In the point-and-click demo, you play as the titular Tala who must plant and nourish a seed in a tiny woodland kingdom. You get to explore the environment a little, give an animal a belly rub, go on a pie-baking quest and solve puzzles. As far as I am aware, there are no words in this game, and communication takes place via speech bubbles, so you have to pay attention and try to figure out what exactly is being said. I must admit I laughed at a lot of what sounded like smothered shush-grunting and squeaking that accompanied the speech bubbles. The whole game feels wonderfully homemade and wholesome, and the sounds made by the characters make it even more so.

One of the most delightful things in Tala and the Flower Seed was how interactive the environment was; wiggling animated items stand out against a static photographed background, demanding to be clicked on. The photographs, which largely form the background, were taken by Matt in national parks across Victoria, as well as various spots around Melbourne; whenever he went out for a hike. He took a lot of photos of “anything that looked vaguely interesting and could potentially be turned into an in-game location…” then explained that on his return home he would, “go through all of the photos and see if any of them speak out to me.”

He expanded on the process, “If they do, then I’ll take it into Photoshop and spend hours simply doing the colour-grading on it, and then drawing in doors and windows and other things to make it feel like it’s part of the world”. Matt uses Unity and a plugin called Adventure Creator, which is made specifically for point-and-click adventure games, finding it absolutely perfect for what he needed.

The game’s overall tiny wonderland atmosphere is brought to life with original music by Canadian fingerstyle artist Cody Rueger as well as the sound effects that accompany some of the animations, for example, water gushing out of the watering can. I really liked the animation style and while I initially had some Don’t Starve and Machinarium vibes, these faded away as I became more and more engrossed in Tala’s world.

“The idea of Tala actually came out of boredom. I had Photoshop open and I just started scrawling over a picture of a mushroom and ended up turning that into a little mushroom house. That combination of nature and animation stuck with me for a long while, and Tala was born out of me simply trying to see if I could make it playable. I showed a few people the early prototype and that enthusiasm pushed me to start thinking about making it a full game”.

Tala and the Flower Seed is a beautiful and adorable fusion of the Australian wilderness and lovingly-drawn animation, exuding charm and childlike wonder at every level.

The game is going to be available on PC, Mac and Linux, though a release date has yet to be confirmed. Financial support for Tala is being sought on Kickstarter, which you can back over here!

You can stay up-to-date on Tala’s development by following developer Matt Petrak on Twitter.
In the meantime, go ahead and play Tala’s demo!