You’re outgunned and outnumbered in Swordship, a stunning, moreish Dodge’Em Up.

The classic shooter, or shoot’em up (or even shmup, if you’re really big into smashing words into the smallest possible form), is possibly one of the longest-serving genres of the games industry. Adventure was pushed aside a while back. What does Action even mean? And, surely almost everything is an RPG now? With that said, shoot’em ups have seen their fair share of evolution over the years, with bullet hells and the like developing massive communities. Swordship is actually, technically, a Dodge’Em Up, but feels right at home alongside older scroller-shooters, and that’s a real accomplishment. I recently got to get my hands on it at WASD, earlier this month.

Jammy neon, cell-shading and a lot of cool visual effects make Swordship almost trance-inducing, and that combined with arcade-style one-hit death means that there’s immediate danger and — as a result — an immediate risk-reward loop that’s rarely seen in games. Swordship is a videogame equivalent of those heavily choreographed scenes in action films where the protagonist tricks the baddies into punching each other in the face, dodging death and removing an opposition simultaneously. In fact, it’s that exact sensation over and over again.

Runs have the potential to be quite lengthy, but there’s a learning curve due to the variety of upgrades (which include a selection of passive buffs), new enemies and other varieties like the weather and the random level layout. You’ll have to think on your feet as new enemies appear, and learn how to either get out of their way or have them take each other out. Avoidance might be the safer route, and you have the option to dive below the water briefly too, but if you do that then you’re less likely to be able to secure and drop off the containers that gate your upgrades — and as the difficulty ramps up you’ll need those upgrades in order to simply stay alive, let alone thrive. 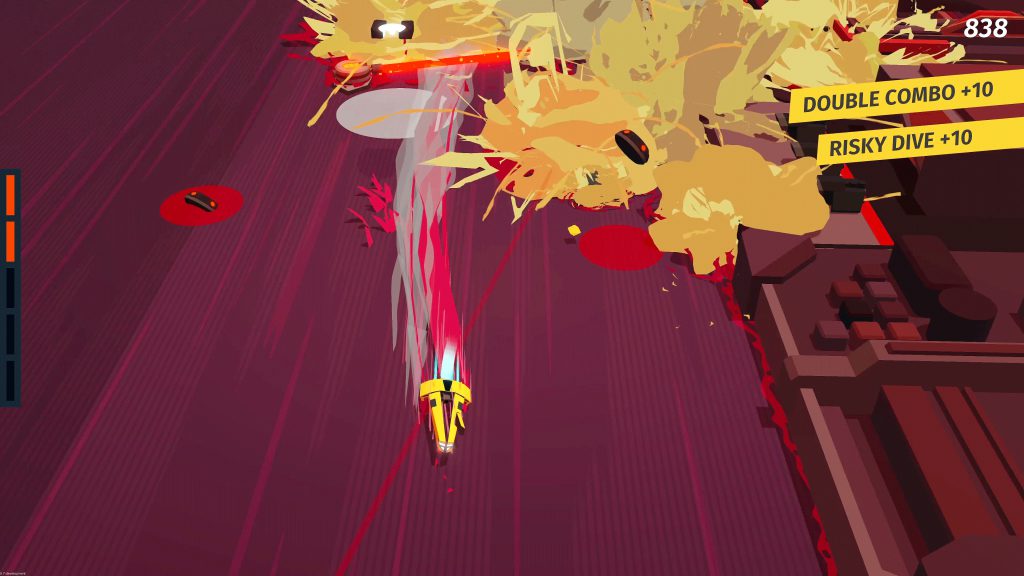 While this isn’t the first Dodge’Em Up game out there, I think it’s the first one that I’ve seen supported by a publishing team. It’s also got a level of polish — from the cool visuals and menu selection animations down to the really fun, frenetic music — that I’ve not seen in the genre to date. I’m very excited to play more of it.

Swordship is expected to launch in September for PC, PS4, PS5, Xbox One and Nintendo Switch