At first, however, you will just be dodging bullets and attacking enemies who appear at the top of the screen. The next level actually skips to a different point of view. Instead of being top down, the game has you flying towards walls, switching color so that you can pass through various bars safely. If you are not the same color as the bars, you can’t make it through.

You are only able to switch between two colors, so it’s pretty simple to keep yourself the right color, however, with so much going on around you, and so many different walls flying forward, it does become a balancing act and you will have to rely on your reflexes.

In the top-down levels of Space War Battle Cadet where walls are not coming towards you, you are fighting against enemies. If you collect enough of their bullets, it charges up a bigger shot, allowing you to clear more of the screen at once, which can help quite a bit in a pinch. There are a variety of these types of levels, different enemies, and bullet patterns to take on, making for an interesting and engaging space shooter! 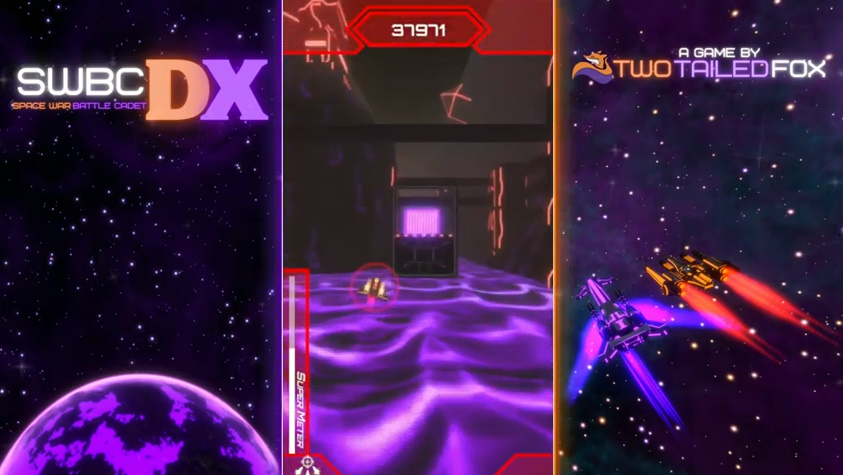 I got the chance to run through a bunch of levels of Space War Battle Cadet at EGX this year, where I enjoyed discovering how much more this game was than I first thought, when I had a look at the stand.

You can download Space War Battle Cadet on Android.