Sometimes, our tabletop group is particularly big — but many games do not actually work for a large number of people. Sounds Fishy, however, is a really fun party game that works for two to ten players, meaning you can play this game in large groups! It’s a trivia-based party game, all about making up lies or being a bad truth teller.

You see, in Sounds Fishy, there is one person each round who is the trivia card reader. Everyone else gets an adorable fish token, face down. You will need to look at your fish token. One of the fish tokens is a blue fish, while the rest are red herrings! When the trivia card reader reads their card, you can see the answer to the trivia question; if you have a blue fish, this will be what you say your answer is to this question. If you are a red herring, you will need to make up a convincing lie. 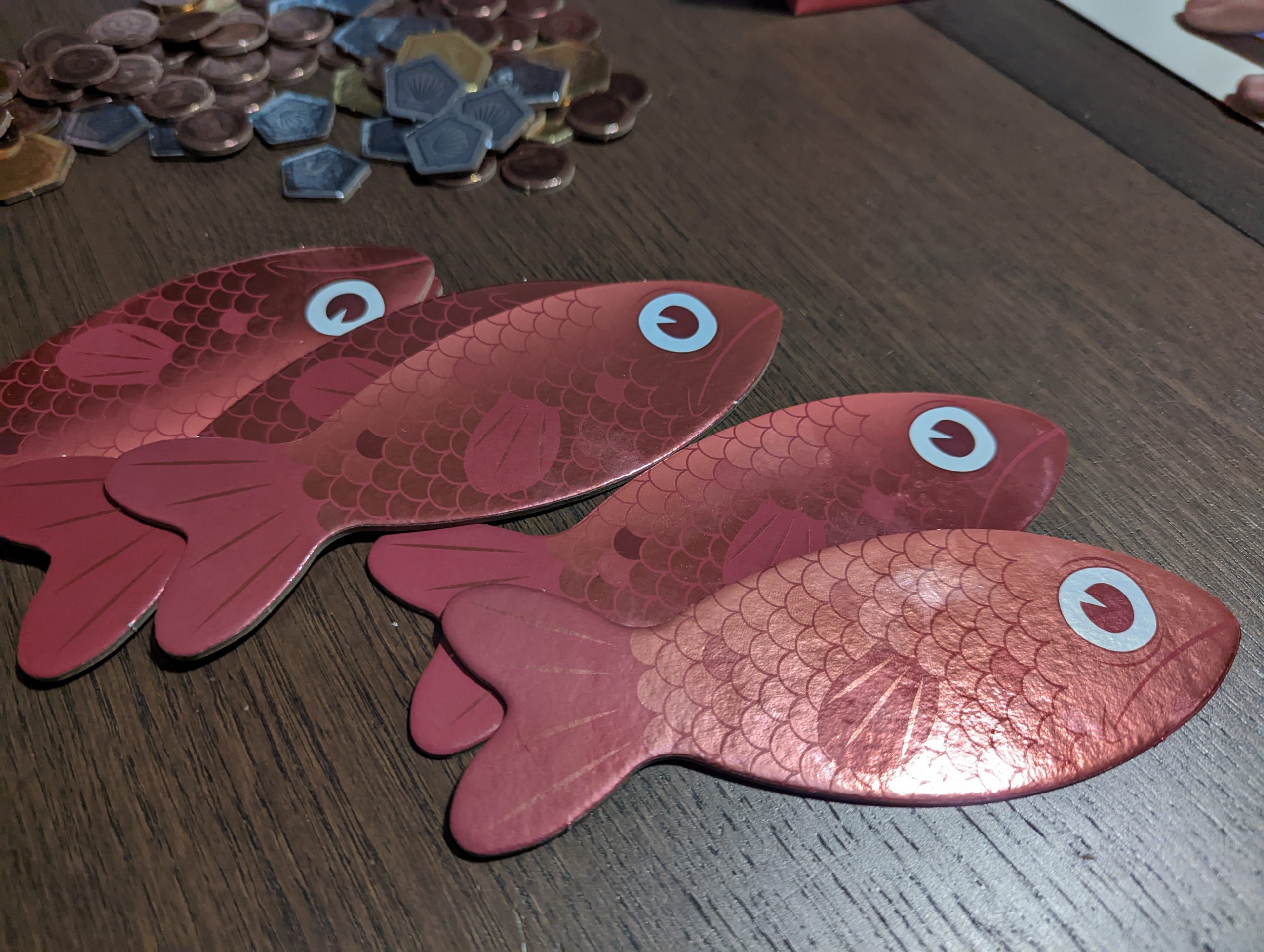 One by one, the trivia card reader will hear the answers from everyone, before individually deciding who has lied. If the card reader picks a red herring, they get a point. If they pick the blue fish, that person will get points based on how many fish are still face down. This point system is a bit confusing at first, but if you have the rules handy, it’s easy to figure out what coins people get before moving to the next card. Coins come in a bunch of different, again adorable, tokens that are worth different amounts. There are plenty in this game too, which works great for the large number of players! 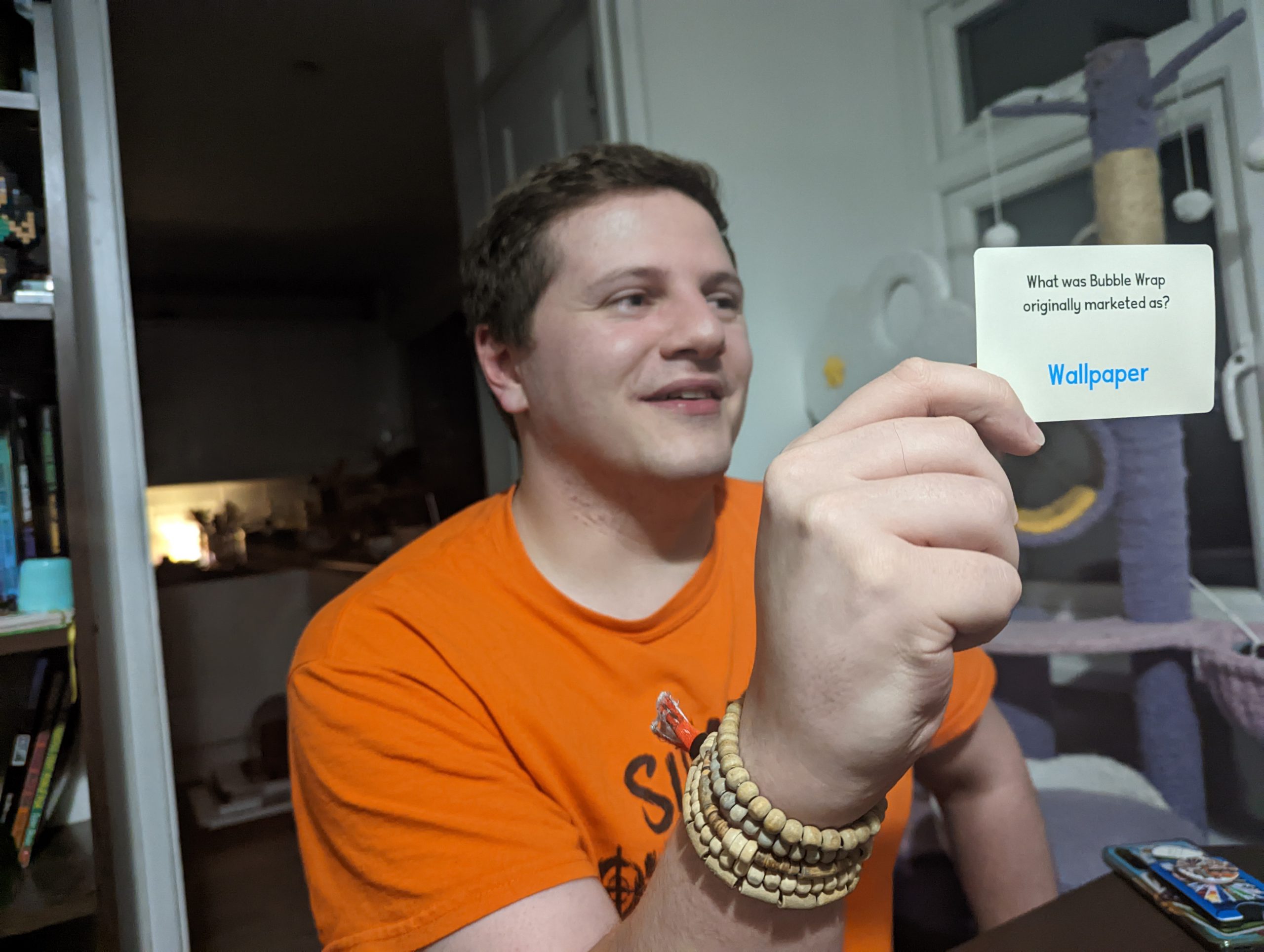 In Sounds Fishy, the trivia deck then gets passed to the next person, the fish shuffled, and it all starts again! With two full decks of trivia, there are so many cards that you will not get through them the first few times you play. We ended up ending once we felt like we had played enough, instead of following a turns guideline, as we were having so much fun playing. Some of the trivia is really bizarre; questions about people selling things in Ebay in the shape of American states, questions on what you cannot name your pig in France, etc. It’s a wild journey that is very fun to take with your friends! 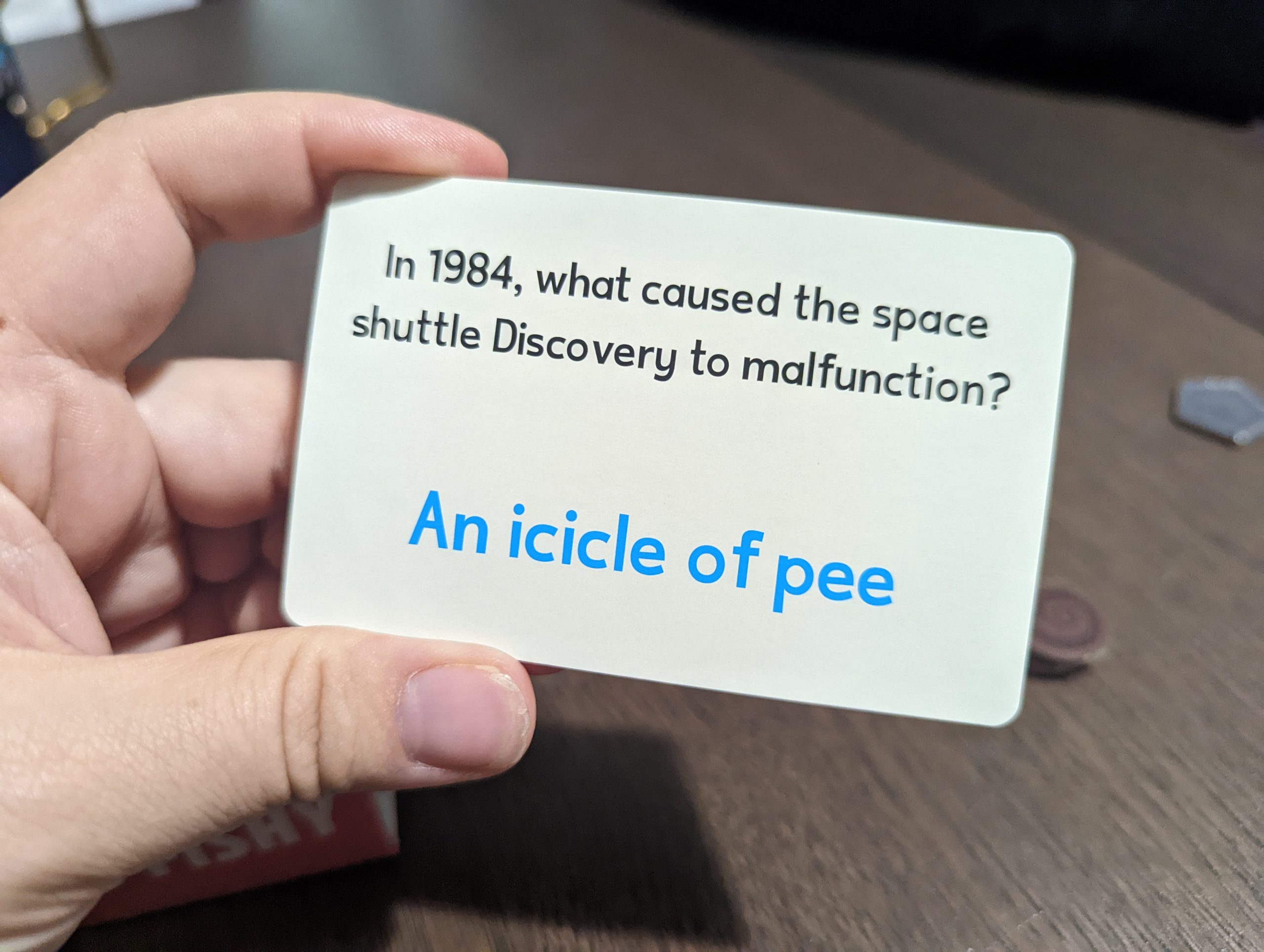 We really enjoyed playing Sounds Fishy, and feel it’s a great game for a larger group. It’s one that surely would be pulled out for Christmas, when the whole family is together and wants to spend some time doing something funny and fun! We really enjoyed the variety of trivia as well.

You can pick up Sounds Fishy on Amazon.

Night at the Movies Puzzle is more than an average jigsaw