Smoke and Sacrifice hands on — An ambitious RPG, survival crossover

Solar Sail Games' debut is as inconsistent as it is beautiful

There was point at the start of Smoke and Sacrifice which was exciting. The early story teased the idea that the game would feature protagonist Sachi rallying against the suffering caused by her settlement’s religious ceremony, a ceremony in which firstborn are sacrificed to the “Sun Tree” in return for fertile land amid arid frostland.

Early signs suggested Smoke and Sacrifice — the debut game from East London nanostudio Solar Sail Games and published by Curve Digital — might just deliver on such a deliciously dark and different idea. It offered a story I have not seen before in a video game, which is increasingly rare.

Unfortunately, these early signs of promise were betrayed by forced repetition of action, low-stakes side quests, and some questionable writing. 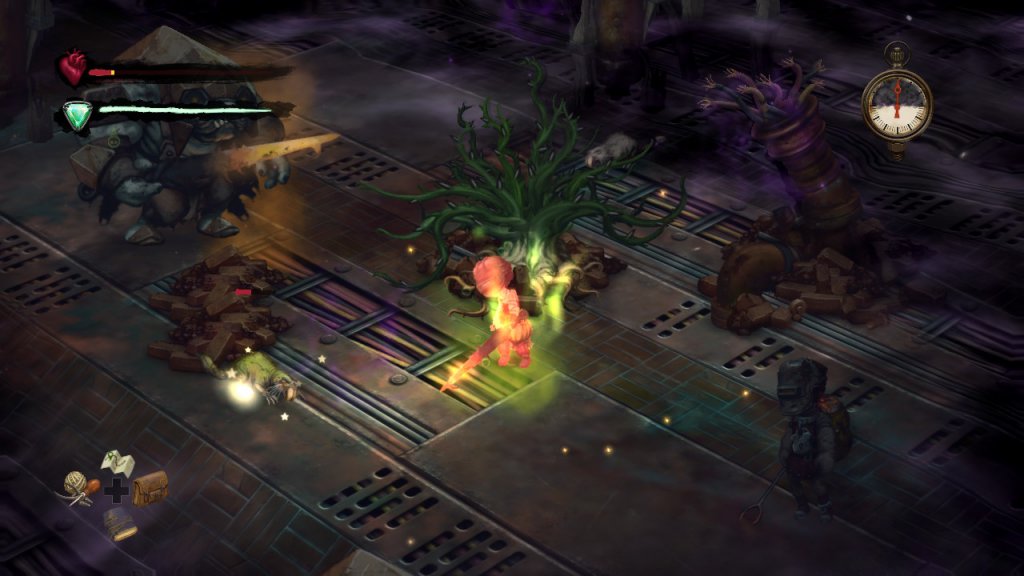 Dialogue ranged from on-the-nose to ambiguous, which sometimes ruined moments where mystery would have been best employed or caused a serious delay in progress and as I tried to work out what to do next.

Smoke and Sacrifice promises to merge its narrative-drive role playing with scavenger/survival to create something truly original, a promise on which it sadly fails to deliver.

Instead, I was plunged into a world where every NPC is a materialistic opportunist waiting to use their minor role in my search for my son as a bargaining chip to make me fetch, craft, or kill at their behest. 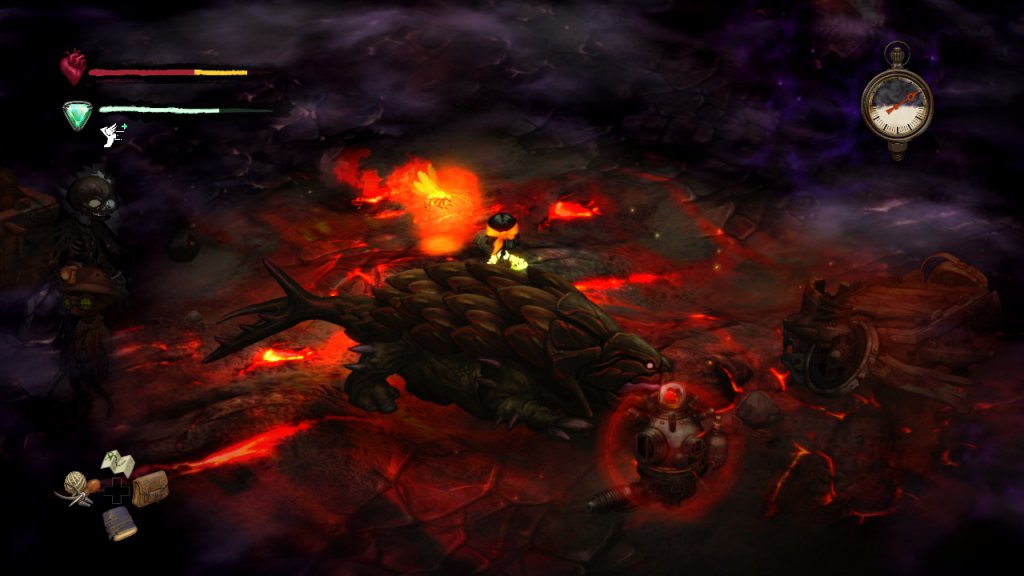 Smoke and Sacrifice thrust me deep into the underworld in pursuit of my son. It turns out that children are not killed, but teleported to this darkness during the ritual. From that point, the first hour consisted of wandering between characters whose first line of communication invariably seemed to be screaming a crafting recipe in my face.

If they hadn’t encumbered me with a new recipe, it was usually because they had demanded a price to talk to me. One character insisted upon a price of six mushrooms. One — after I had fixed their workstation — literally demanded sweets so that we could be friends. One asked that I wade across an electrified floor — avoiding hulking monsters and poisonous plants — and slay enemies to activate a crafting area, all to make the character feel ‘safe enough’ to talk to me. 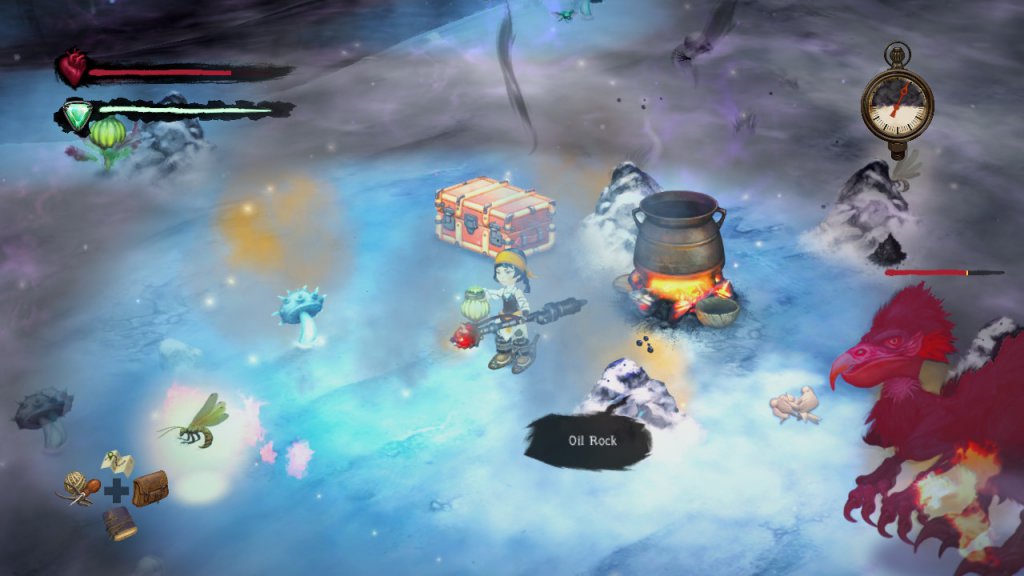 This was largely the quest design throughout the substantial part of the game I played. Find a character, find out what they need, craft it, return it, be rewarded with another recipe and move on to the next one.

Once the deluge of recipes halted and I had time to reflect, Smoke and Sacrifice’s crafting system did impress. Every item was of use, making every kill meaningful and the sheer number of craftable items did tempt me into varying my line of attack. This is probably just as well, because combat in general is stochastic and clumsy.

Swings of my sword looked to be hitting but missed due to a perspective issue, or sometimes I would be facing in the literal opposite direction but still manage to land a blow — a phenomena I am yet to understand. None of this was particularly helpful, as Smoke and Sacrifice got pretty challenging pretty quickly. 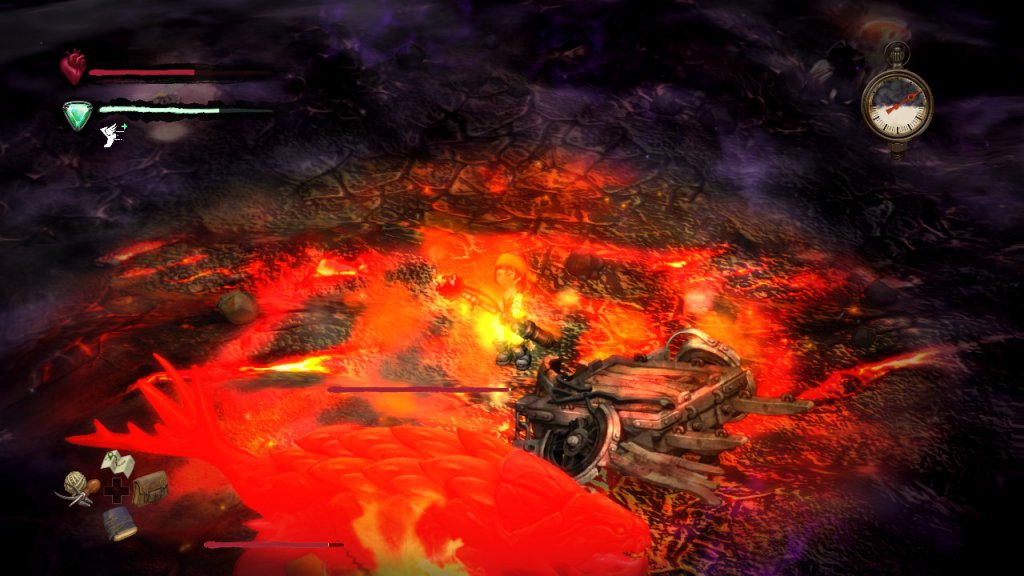 The first “boss” could launch his attacks from out of view, covering half the screen and wiping half of your health, it could also charge, and was clad in spikes which could clip through trees. I only managed to overcome this boss thanks to the game’s impressive ecosystem.

Whilst wandering around the underworld, I encountered monsters who were genuinely living. They may have been minding their own business, or they may have been reproducing, or fighting amongst each other, allowing me to swoop in, clear them out and cash in on the materials. It was the latter that saved me from this boss, as when I arrived to face it for the fourth time, a swarm of wasps had already taken out two thirds of its health, although this felt more like a blessed relief than emergent story.

However, the ecosystem can sting as much as it can soothe. Seldom could I coax an opponent and take it down one-on-one. Instead, I consistently found myself inviting the wrath of an entire area as I ran from a swarm of wasps into a drove of pigs, and then into a pack of polyps. Naturally, this never ended well.

Not content with having me accidentally kill Sachi in an impromptu hoard battle with the constantly reproducing enemies, Smoke and Sacrifice forced the knife into my hands. Each weapon degrades and flashes red when close to breaking, but this flash was almost unnoticeable against the terrain. 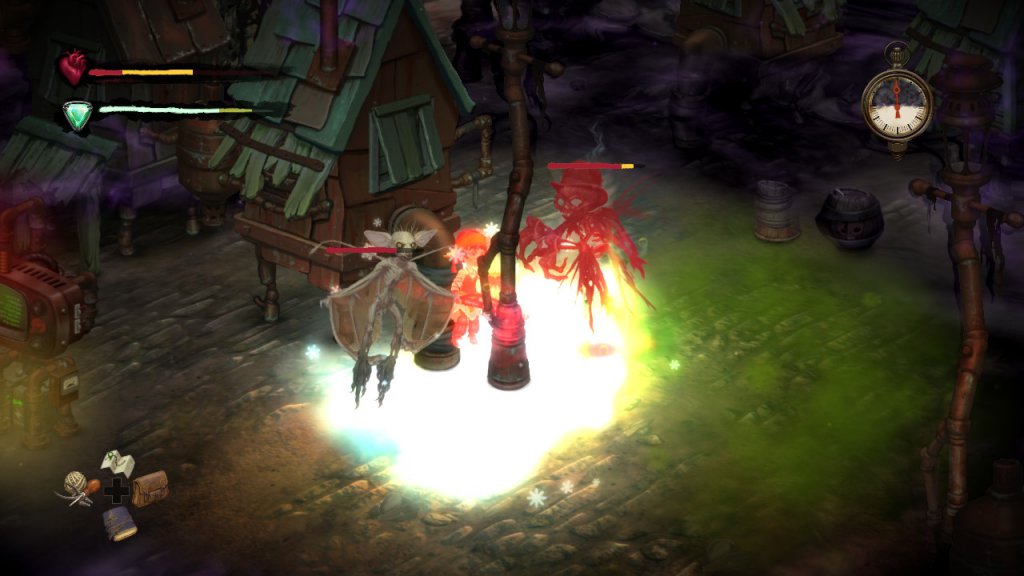 Frequently, I had to reset my save to retrieve my weapon when, midway through fighting, my most powerful weapon had broken seemingly without warning. Weapon degradation makes absolute sense in the genre, but, when you are on the brink of breaking something, it should be far clearer than it is currently.

Struggling with the combat made the lack of quick healing much more noticeable. Each substantial blow from surprisingly powerful enemies was followed by opening the menu, scrolling to my health potion, and taking it mid-fight, completely stifling any momentum. This would likely have been less of an issue on PC compared to the Switch on which I was playing. There was the option to favourite items, but even these required me to cycle through one at a time and so felt equally as stagnant. 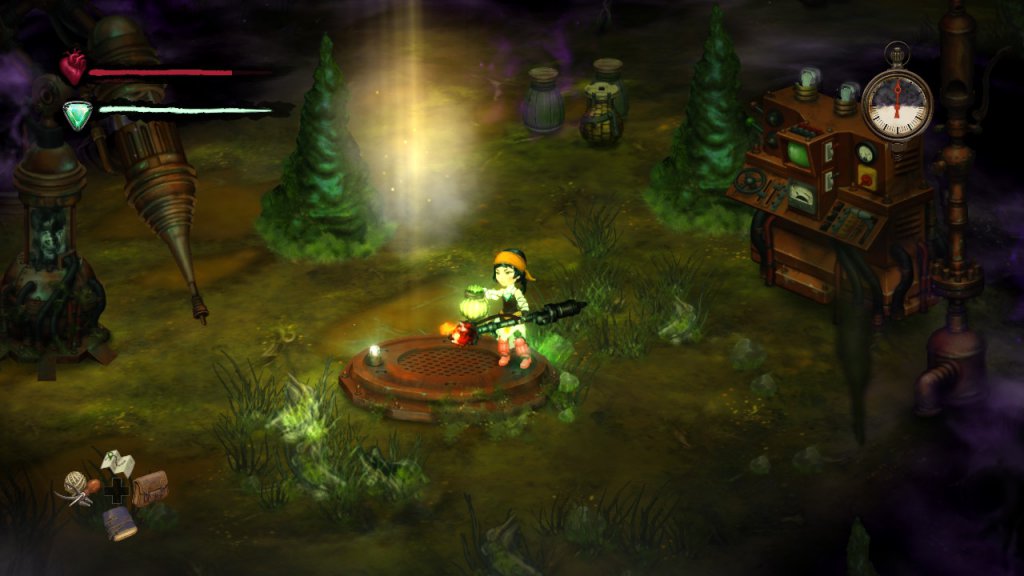 Each new environment is lovingly, painstakingly designed and painted by hand. Moving from grass, to snow, to town, to forge, and through to fire — they were each striking the first time I found them. It is almost a shame I had to spend my time discovering this beautifully realised world whilst constantly hopping — as it is much quicker than walking — away from the latest menagerie intent on brutalising me.

Striking as those areas were, there was not a great deal of variety. There were five different “classes” of area — town, grass, ice, metal, and fire — each of which were used often enough that my current location was always ambiguous. They are certainly solid bases on which to build, and if a follow-up game could expand on and add to these areas then it would earn a place alongside the most stylish games in recent memory.

Smoke and Sacrifice has promise. The game does not suffer from a lack of invention but the execution falls short of the ideas on display. If a sequel appears then I will be curious to try it but, for now, I will not be unhappy leaving Smoke and Sacrifice behind.